Things to do in Calahorra Spain

Things to do in Calahorra Spain – La Rioja Region

It is the capital of the Lower Rioja district and is known for its farming and antiquity and for its four years resistance to the Roman general Pompey. For this reasons we are writting best things to do in Calahorra.

Calahorra is the second most populated and second most largest city in the autonomous region after Logroño. Calahorra is located in the La Rioja region, to the southeast of it, on the border with the Autonomous Community of Navarra and on the right bank of the Ebro. Lets explore best things to do in Calahorra Spain. 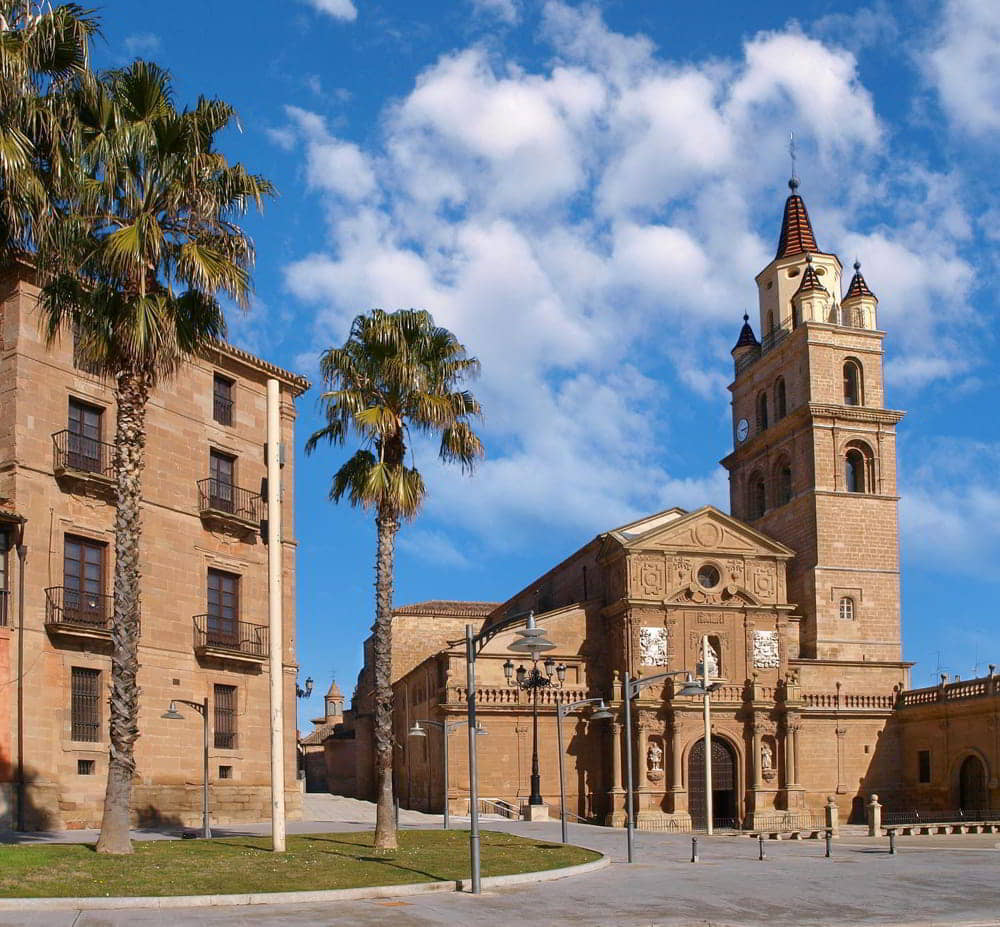 Of course one of the best things to do in Calahorra. Catedral de Santa Maria is the seat of one of the largest dioceses in Spain. It is a building of great architectural value, it was built in the same place where other temples were erected that evoked their patron saints Celedonio and Emeterio, Roman soldiers who were martyred in the 3rd century.

Today his relics are kept in the cathedral. The cathedral of Calahorra is located a few meters from the Cidacos river, in the area known as the suburb, therefore, its particular unevenness.

To enter the church you have to descend several steps, this is because the previous temples had an entrance door at river level and the cathedral was probably flooded, which prompted the builders to make defenses and raise the doors. 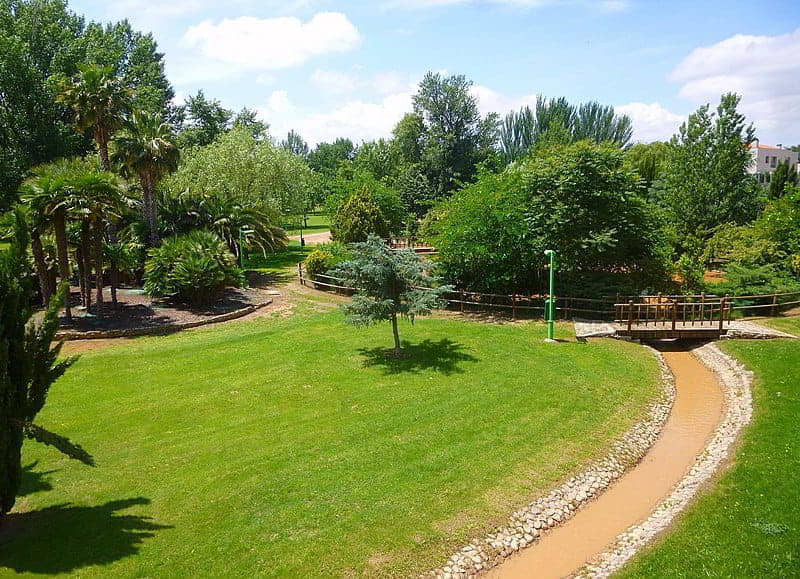 It has an approximate area of ​​115,000 m2, it is located to the south of the urban nucleus. For that reason it is in a very appropriate and privileged place to make a stop in the activities and relax in its spaces: the river and the traditional orchards, linked to the history of the town. Due to its size, it is the largest green area in Calahorra.

It is a very special place, from there you can see the Cathedral and its surroundings.
It is a park with riverside characteristics, in which different landscape integrations can be observed: ripieras, poplars, walnuts, alders, willows. They are species that have been kept in that territory since the founding of the park. 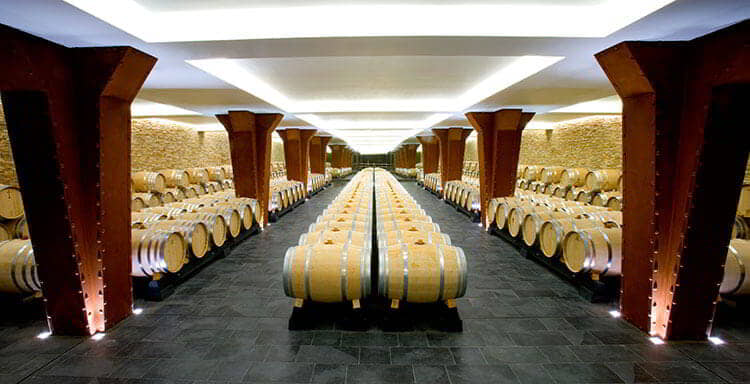 One of the most beautiful places to visit if you are near Calahorra. There are 4,000 square metres and six rooms, one exterior, devoted to valuing the relationship between man and wine over 8,000 years of history. this Museum is respected as one of the great icons of the Culture of Wine in the world. 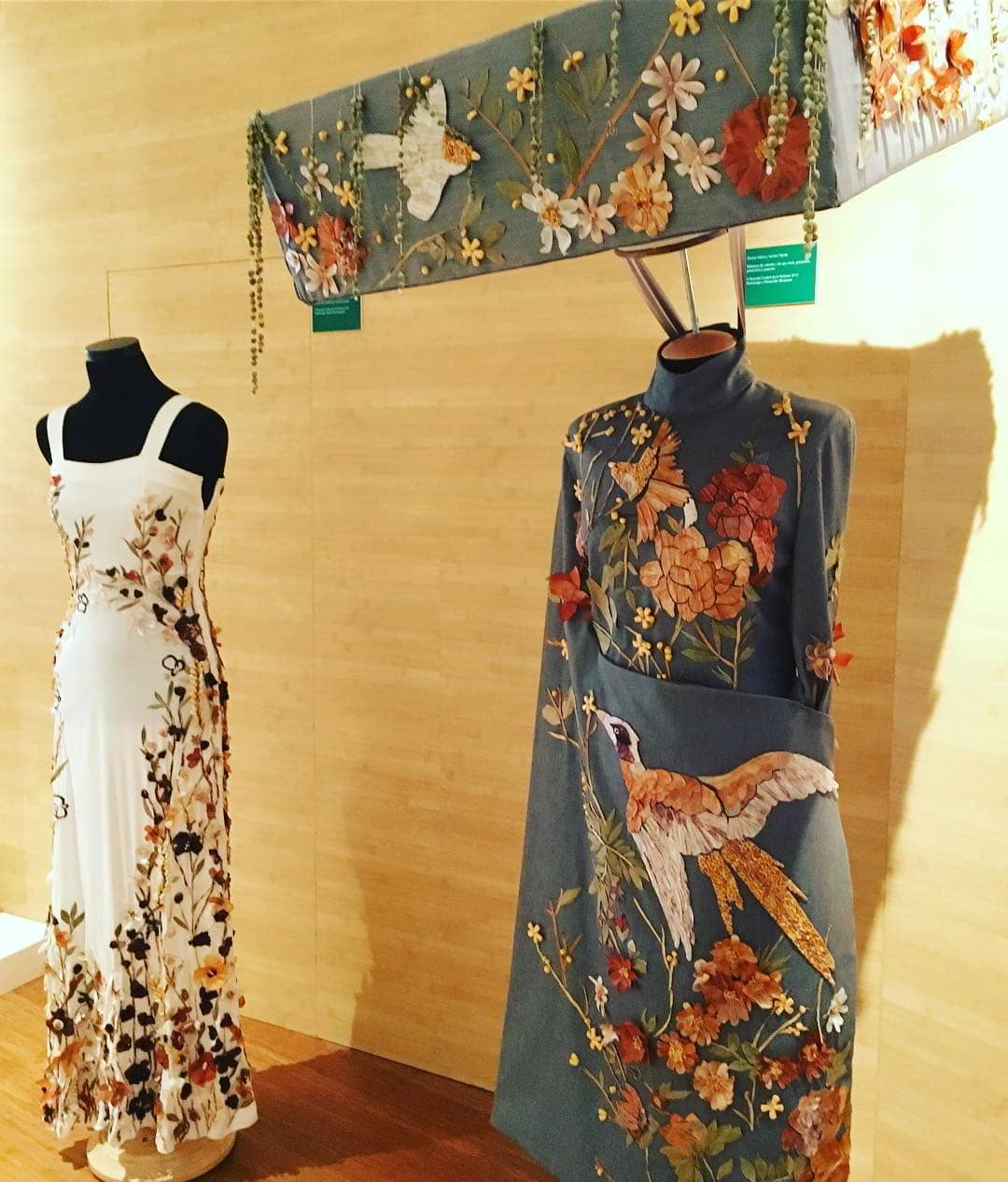 In medieval times, Calahorra was home to a significant Jewish neighborhood, located around the Rasillo de San Francisco and delimited by Sastres, Cabezo and Murallas streets.

This Jewish quarter was made up of a walled enclosure, had a synagogue and its inhabitants could enjoy legal, social and religious assistance.

At present, the Jewish quarter is made up of the Red de Juderías Caminos de Sefarad.
There is a document that narrates the presence of the Jewish community in Calahorra, this dates from the end of the 11th century.

The community’s greatest boom occurred in the 15th century, with a population of approximately 600 people. 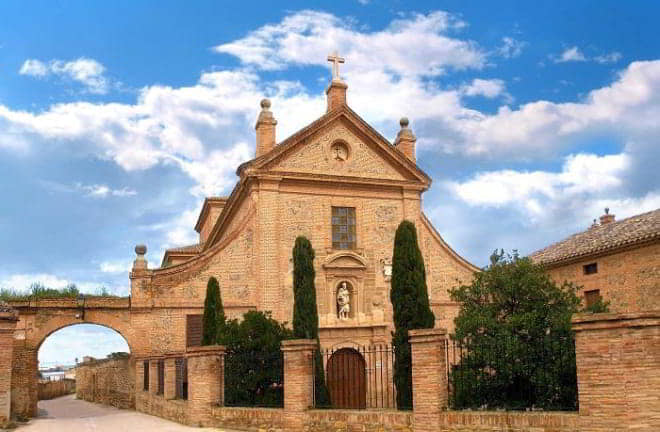 The Monastery of San José was founded in 1598, under the auspices of the Bishop of Calahorra and La Calzada, Pedro Manso de Zúñiga and the head of the Patronage, José González de Uzqueta.

It is located at the end of the Arrabal, popularly known as the Convent of the Enclosed Nuns. Its façade is made of stone, it consists of the typical Carmelite rectangle, with a triangular pediment topped by balls, the Baroque niche was executed by the Madrid workshop.

On the main door of the monastery is the image of San José with the child, executed in 1649, from Madrid. On both sides of the facade there are tenant eagles by the sculptor González de Uzquet. For this reasons we suggest visit Monastery of San Jose because is one of the best things to do in Calahorra Spain. 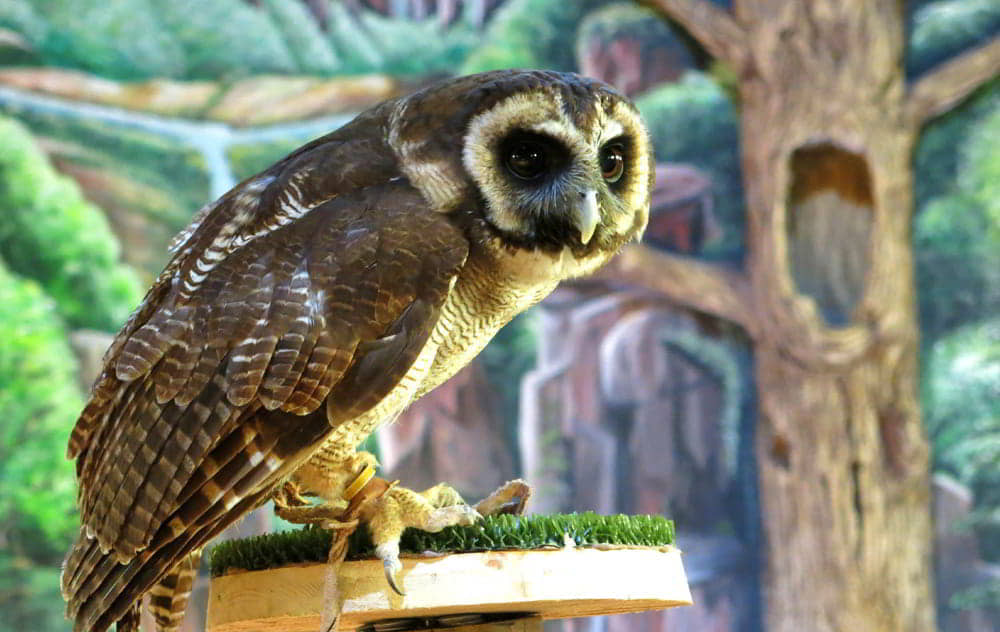 It is a park of birds of prey. Place that is dedicated to the environmental education of different birds of prey in the region. Visiting Tierra Rapaz is one of the best things to do in Calahorra Spain.

It is a place that will amaze the whole family, especially the little ones in the house.
The thematic areas will teach them about everything they need to know about the enigmatic and agile birds.

Various exhibits are presented during the day, in addition to scientific demonstrations.
In this place you can learn and have fun, it is a place that you must visit.

It occupies a route of three and a half kilometers, it is well signposted. Its transit does not involve risks or levels of difficulty.

It has several points from which you can see a great variety of birds. It is an ideal place to go for a walk with the whole family, it has places where you can enjoy an excellent picnic or snack.

It is made up of several areas, including La Yasa, a path that crosses the surroundings of the Balsas de La Degollada.

It is not a flat terrain, it has ravines and gullies. Due to the conditions of its surface, very clayey, it does not have abundant tree growth, it is a desert landscape representative of the Ebro Valley. 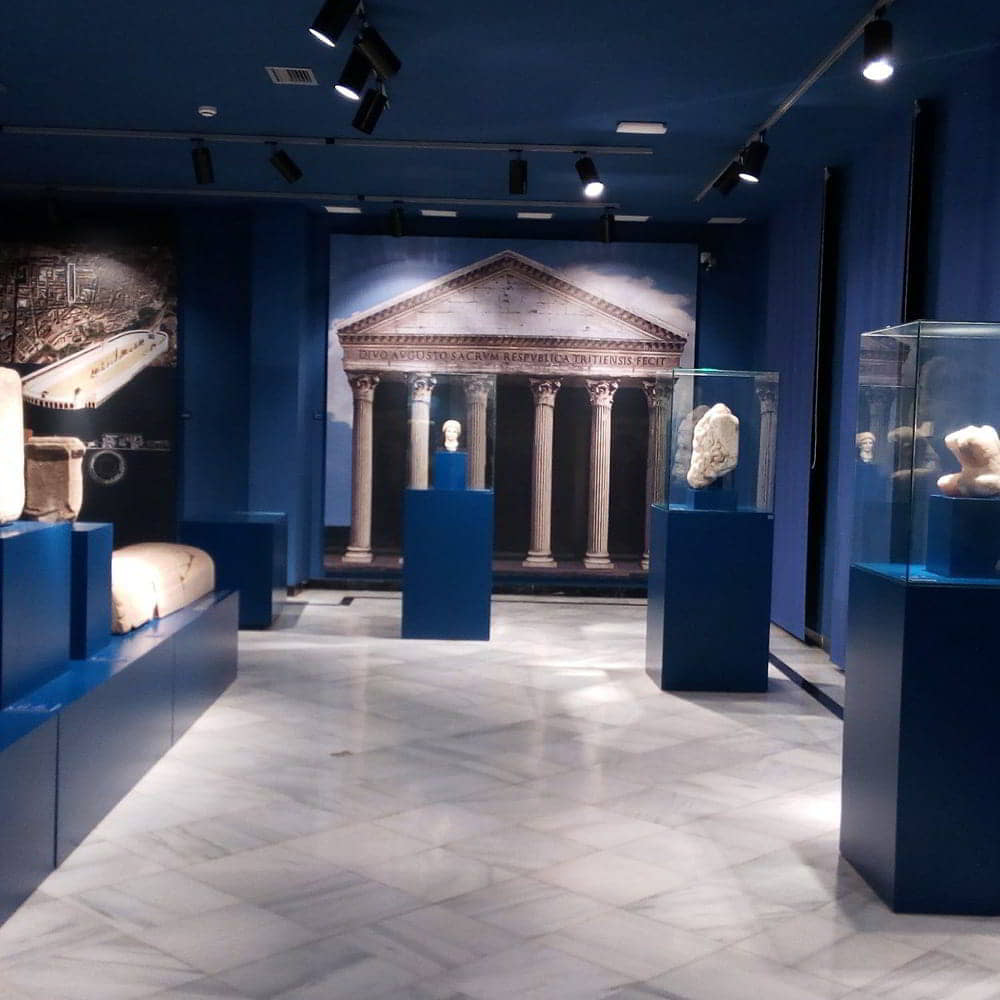 In this enclosure there is a section of Roman archeology of the Museum of La Rioja. This Museum shows the history of Calahorra’s past, transmits its importance and the process of the Romanization of the place.

It consists of three floors, where the findings of different archaeological sites in Calahorra and La Rioja are exhibited in a didactic way.

It is located in the heart of the old town, on Ángel Olivan street, in a building owned by the Autonomous Community of La Rioja. It is a modernist palace built around 1930, it is also known as the “Millionaire’s House”. 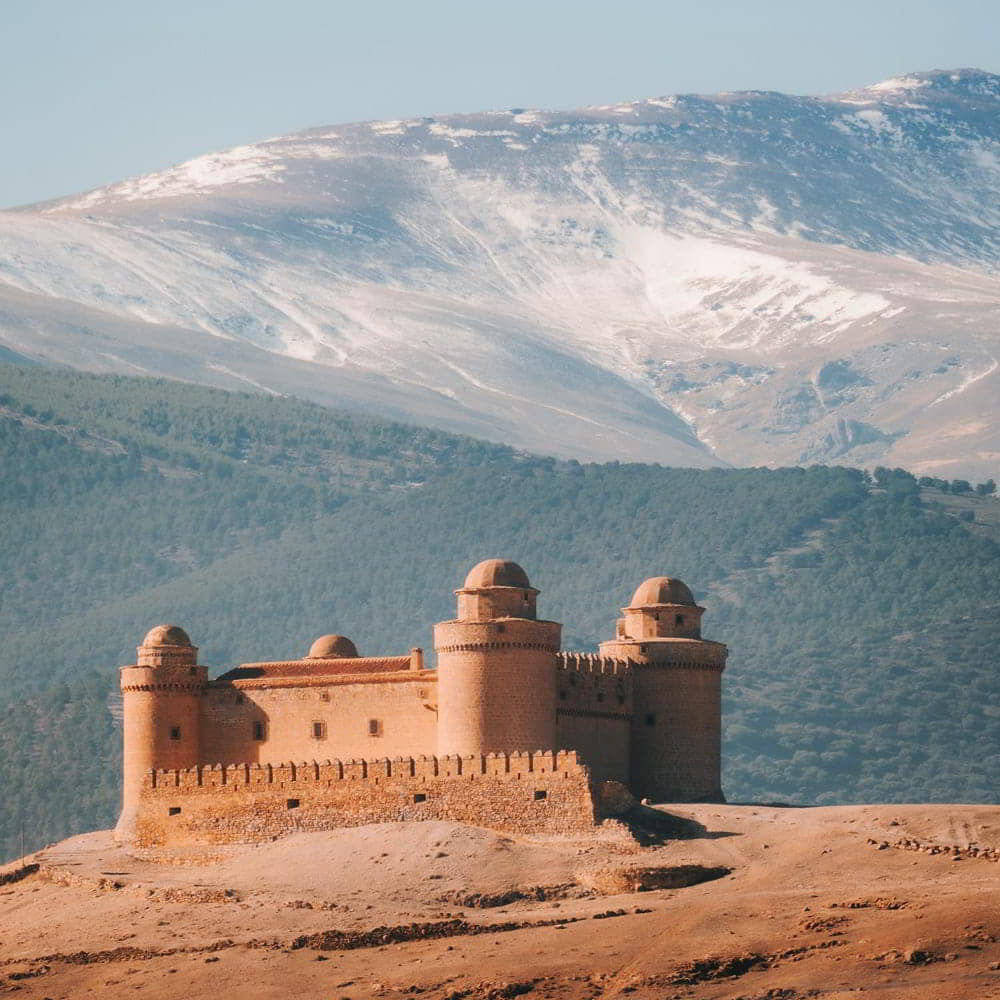 One of the best things to do in Calahorra is to visit Calahorra Castle. It is built on the only hill at the foot of Sierra Nevada that looks over the extensive plain of the Marquesado del Zenete. Calahorra castle was an architectural revolution at the time, as it was the first Renaissance building to be built in Spain.The castle was built in three years between 1509-1512.

Its a rectangular shaped building, flanked by four cylindrical towers with cupolas. The pain bulkiness of the outside hides a magnificent and elegant Renaissance inner courtyard spread out over two floors, with a double balcony with beautiful balustrades of Carrara marble and a staircase of great artistic value. 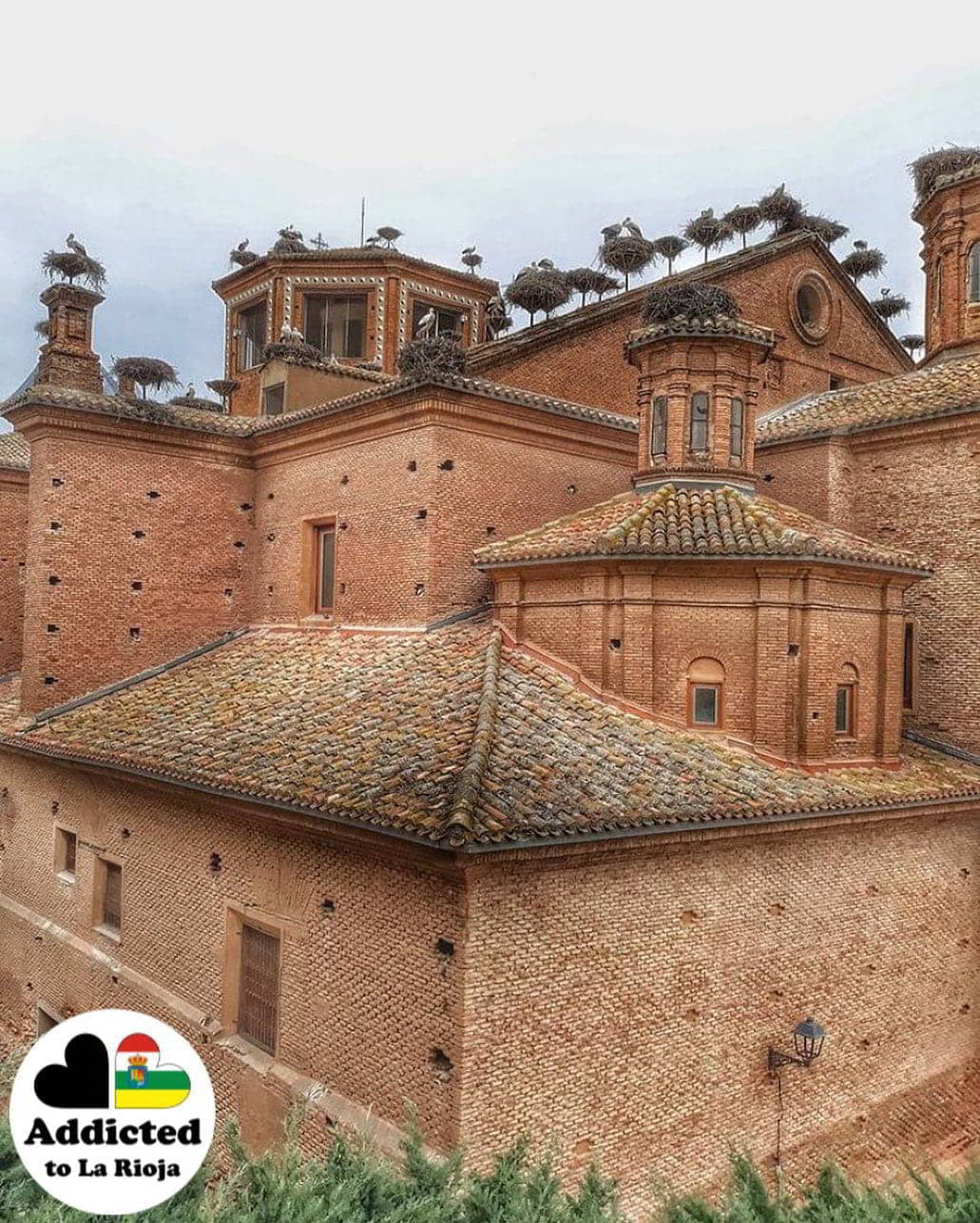 It was declared a National Monument in 1976. Its construction lasted more than one hundred years (16th-17th centuries).

It was intended to give it a cathedral appearance. The classicist canons determine the different floors of its pilasters, continuous entablatures and the molding of openings, all made of brick.

The façade is accessed by a sumptuous staircase, which precedes the classicist façade, with triple access and a triumphal arch.

Its towers, almost twin, are of four bodies. In its interior 15 altarpieces can be admired, among which the Main Altarpiece with the image of San Miguel, by Gregorio Fernández.

Things to do in Calahorra Spain