Places to visit in Schaffhausen Switzerland

Schaffhausen is unique in several ways. In this article we are listing places to visit in Schaffhausen Switzerland. The wonderful interplay of medieval facades, the magnificent oriels, the winding alleys, the street cafés and the wonderful shopping opportunities make the special attraction. 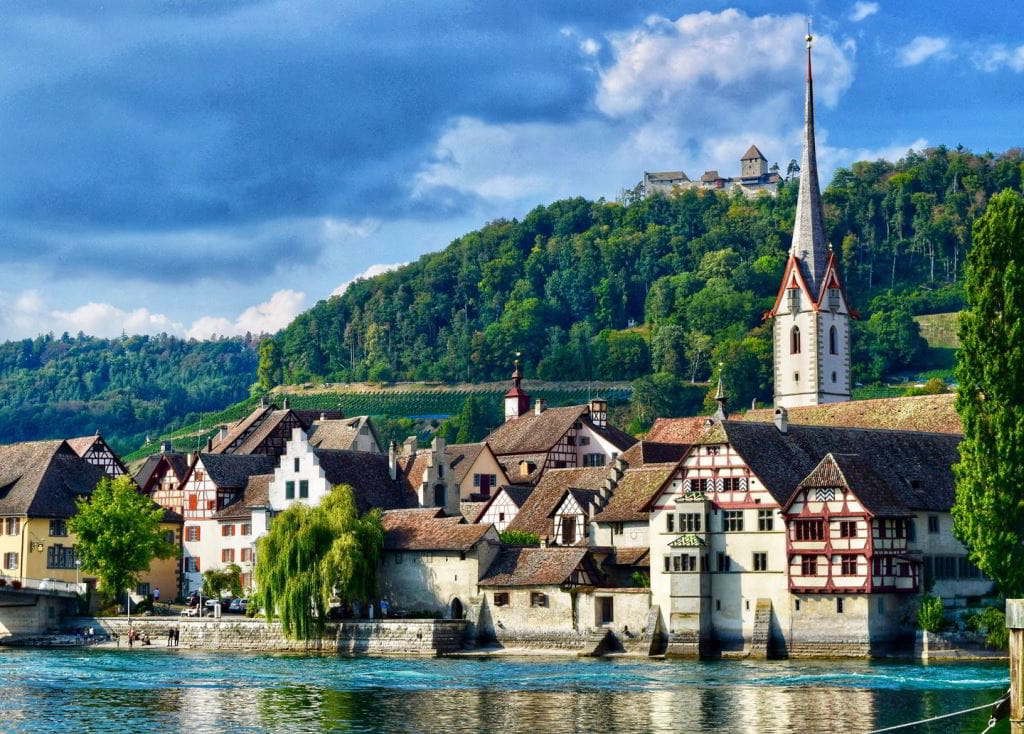 Anyone who has once immersed themselves in the magic of Munot City would like to stay here forever. Schaffhausen is small and doesn’t take long to explore, so even if you only have one day in Schaffhausen, there’s still time to do a side trip out of the city. Below we are listing places to visit in Schaffhausen Switzerland. 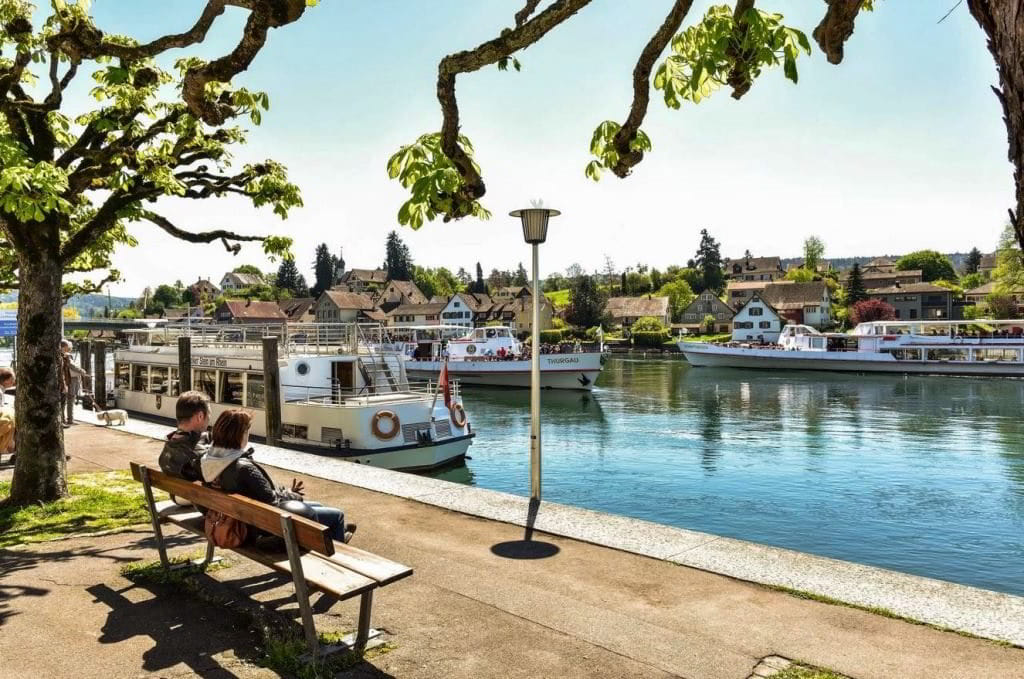 The town of Stein am Rhein is famous for its well-preserved old town center with painted facades and half-timbered houses, for which it received the very first Wakker Prize in 1972. In this article we are listing best places to visit in Stein am Rhein located in Canton of Schaffhausen in Switzerland. 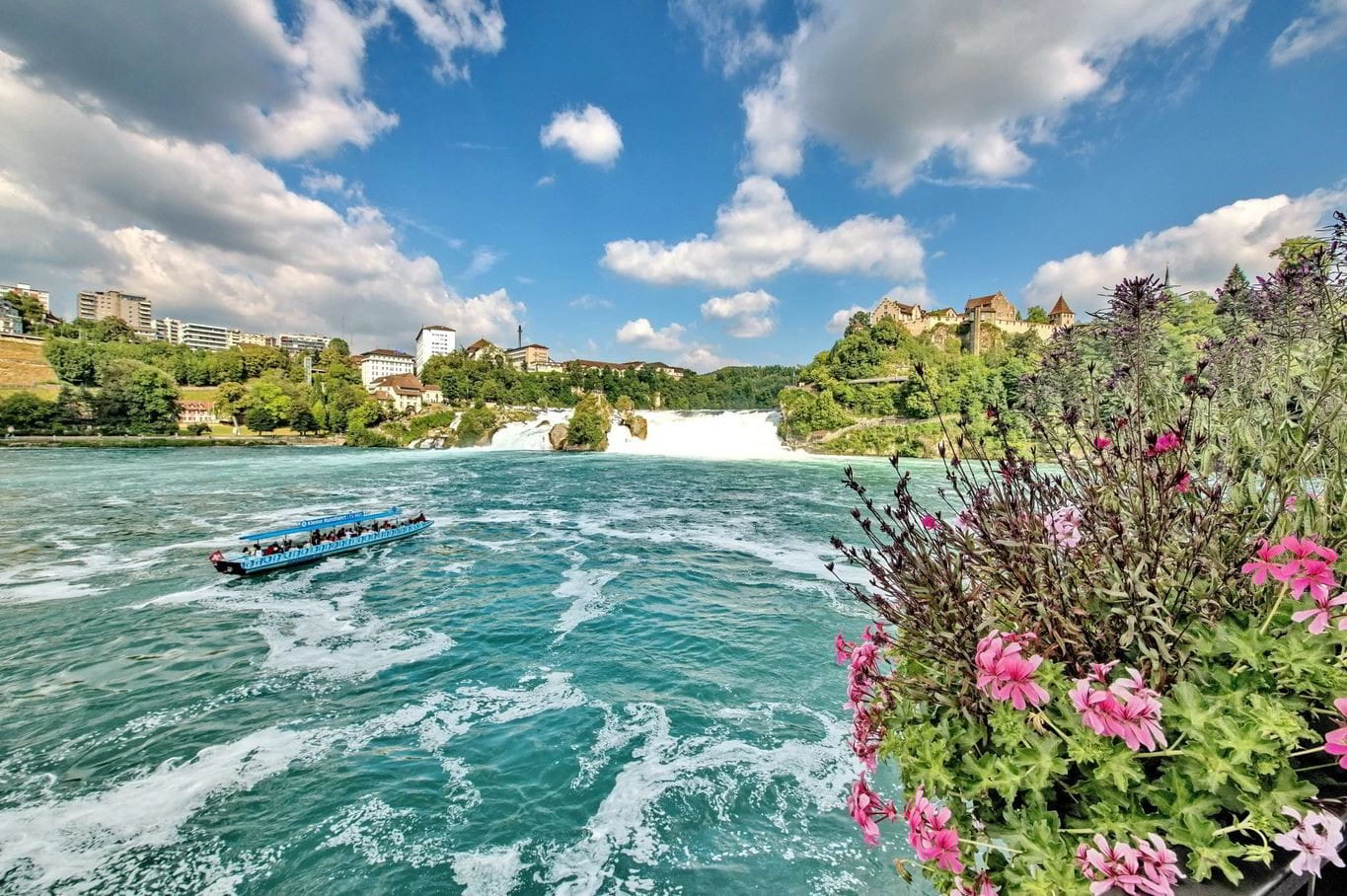 The mighty Switzerland Rhine Falls is the most powerful waterfall in all of Europe and one of the most popular places to visit in Switzerland.

This popular tourist attraction has over one million visitors each year, who all come to see not only the Rhine Falls in Switzerland but the stunning landscape and villages that surround the Rhine River.

The Rhine River Falls is found on a stretch of the Rhine River known as the High Rhine. This is where the waters cascade down to a lower level, creating the picturesque Rhine Water Falls.

The falls are just a single drop waterfall, however with a width of 150 metres and a height of 23 metres, its size is impressive. 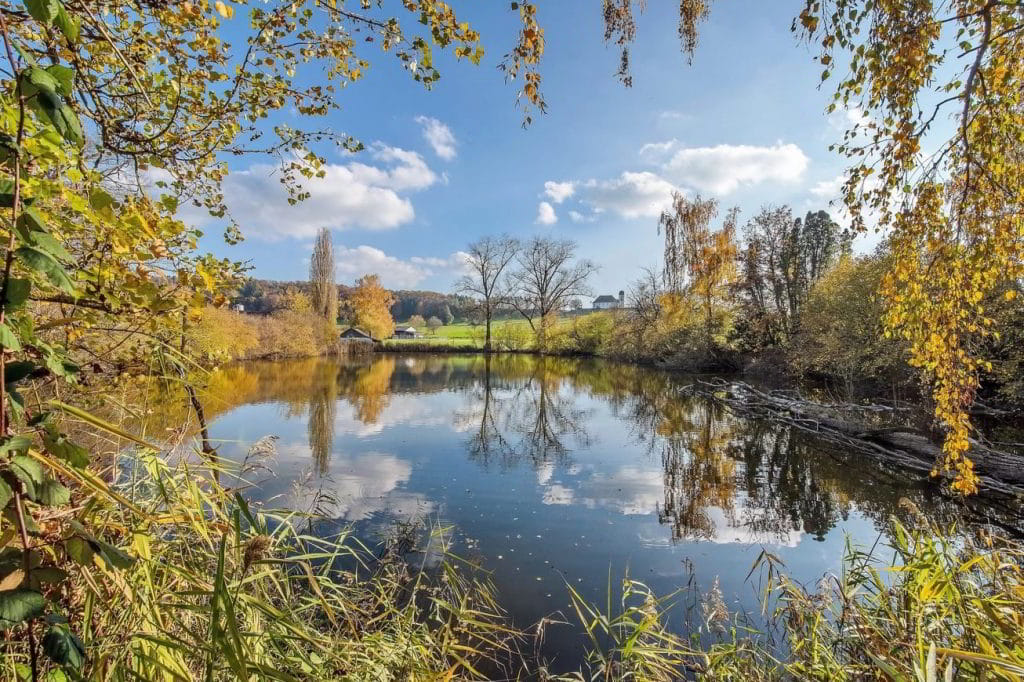 Randen – Vines – Rhine: The Schaffhausen region with its natural and cultural landscapes is unique. The hills of the Rand, the wide vineyards and agricultural areas, forests, the typical villages and the Rhine give the area its diversity. The nature reserve includes the regions Randen, Südranden, Hochrhein, Klettgau and Reiat. Two German communities are also involved. This makes the Schaffhausen Regional Nature Park the first cross-border park in Switzerland.

4. Güterhof – Gastronomy on the Rhine (That’s one of the best places to visit in Schaffhausen)

After the renovation in 2019, the Güterhof shines in new splendor: the former warehouse from 1787 combines modernity and tradition. The historical foundation walls and the modern furnishings exude a very special charm. 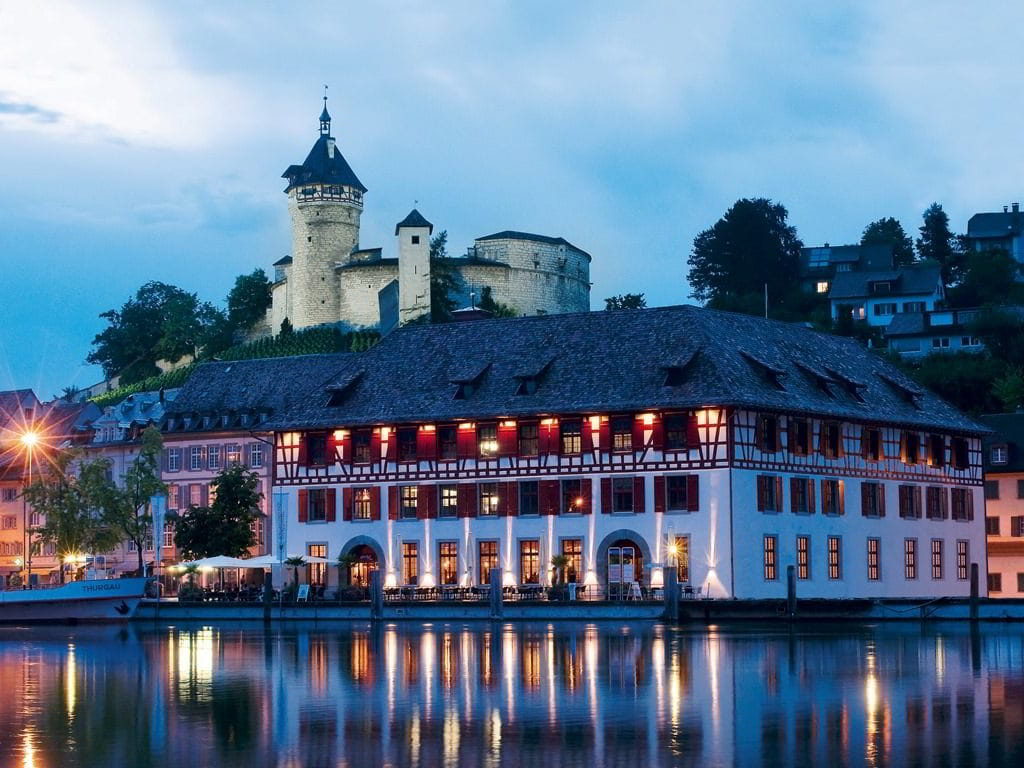 The restaurant impresses with its spacious room layout with various seating and dining areas and the large bar. When the weather is nice, enjoy your coffee on the spacious terrace directly on the banks of the Rhine. For lunch, choose from the daily menu or one of the lunch menus and for dinner from the varied evening menu.

You can expect regional and seasonal cuisine with Swiss classics, grill specialties – and, unique in Schaffhausen, home-made sushi. The highlights: the weekly Sunday brunch and sushi à discrétion on Tuesdays. 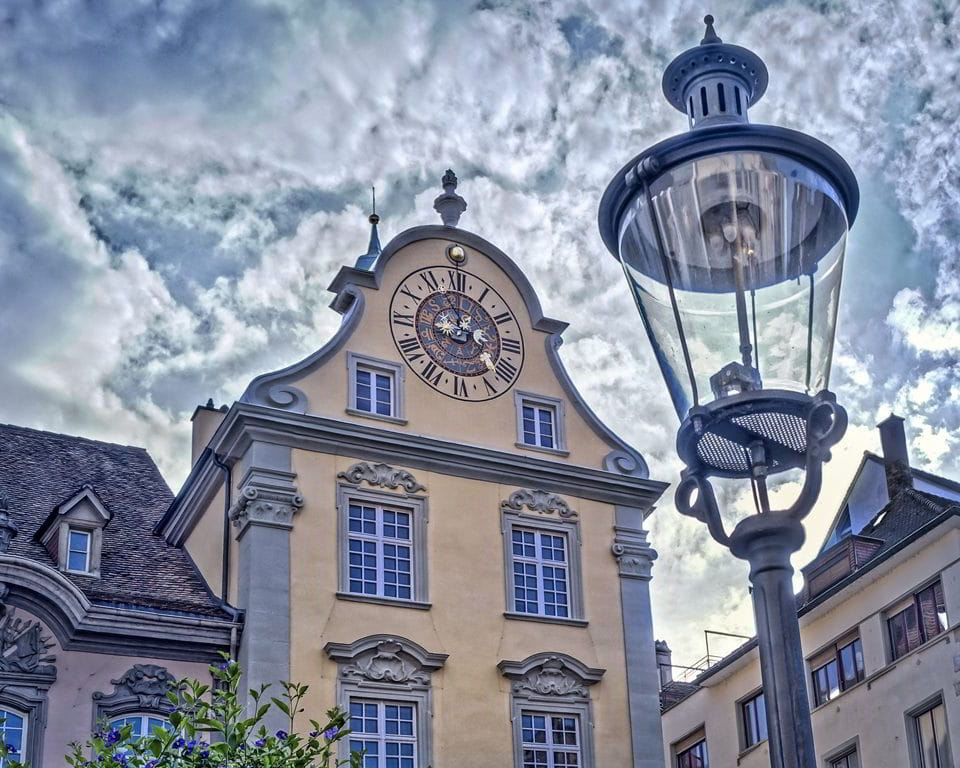 The large market scales used to hang in the Fronwagturm, with which the goods – which were unloaded from the ship in Schaffhausen and loaded back onto the ships below the Rhine Falls – were weighed. The scales are now in the All Saints’ Day Museum. 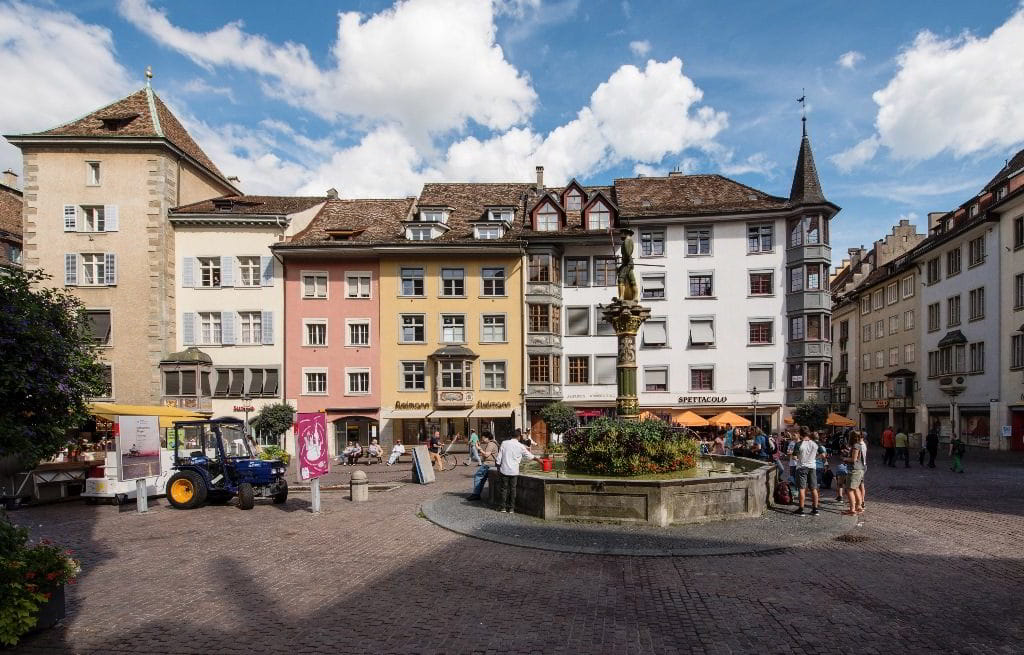 Called “Am Markt” in the Middle Ages. The market stalls of the vegetable farmers, the bread arbors of the bakers and the butchers’ slaughterhouses stood here, while the fish market was on the Vordergasse near St. Johann and the cattle market in the suburbs was by the inn “Zum Goldenen Ochsen”. Today the people of Schaffhausen meet to go shopping, have a chat or have a drink in one of the street cafés. Numerous specialty shops line the traffic-free Fronwagplatz.

7. Munot – the landmark of Schaffhausen has been enthroning the city for over 400 years. 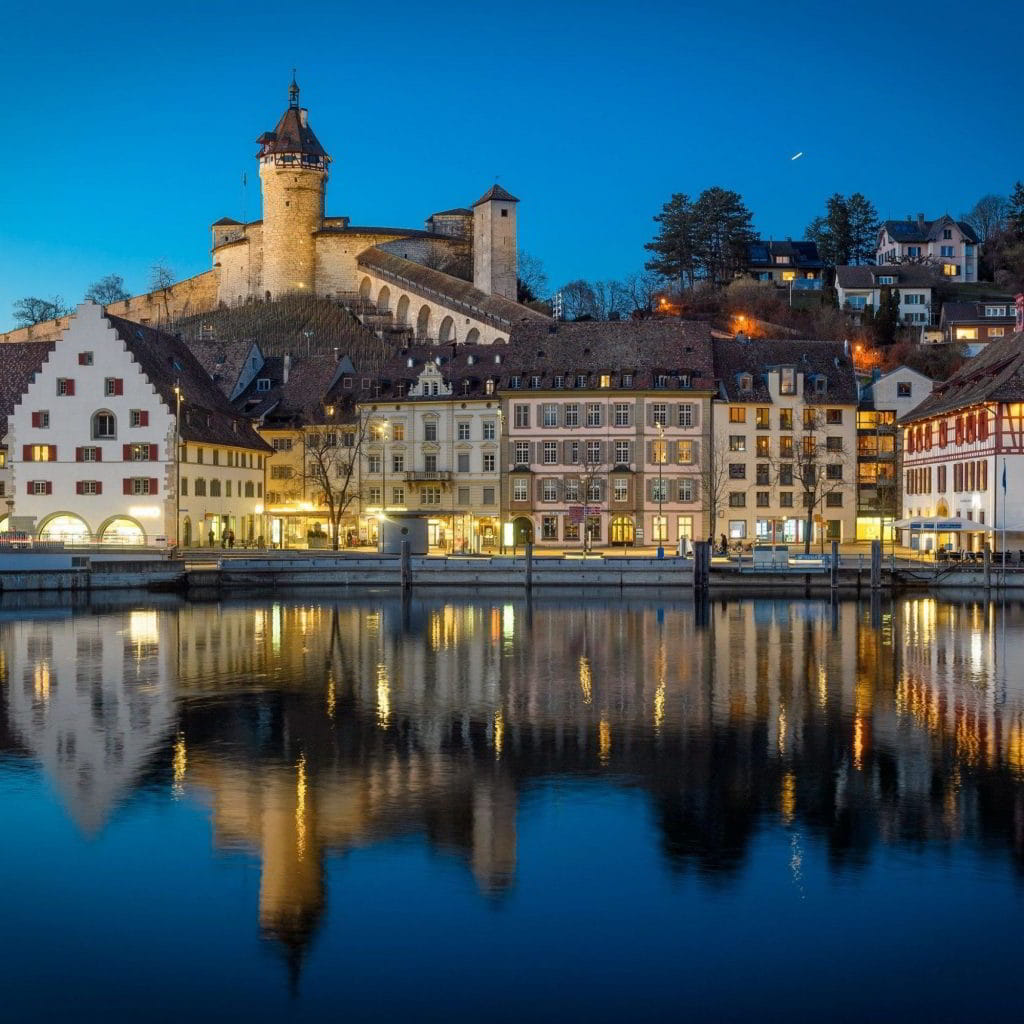 The Munot fortress was built in the 16th century by the citizens of Schaffhausen as a slave labor and shapes the image of Schaffhausen’s old town to this day. The city’s landmark is a magnet for tourists as well as locals. Open air cinemas, children’s parties, dance events and other events take place on its pinnacle.

The tower is the home of the Munot Guardian, it rings every evening at 21.00 – by hand – the famous Munotglöcklein. In the summer of 2002 the little bell was repaired and since August 26, 2002 the bell on the tower has been rang by hand every evening at nine o’clock for five minutes – as it has been since 1589.

8. Neunkirch (That’s one of the best places to visit in Schaffhausen) 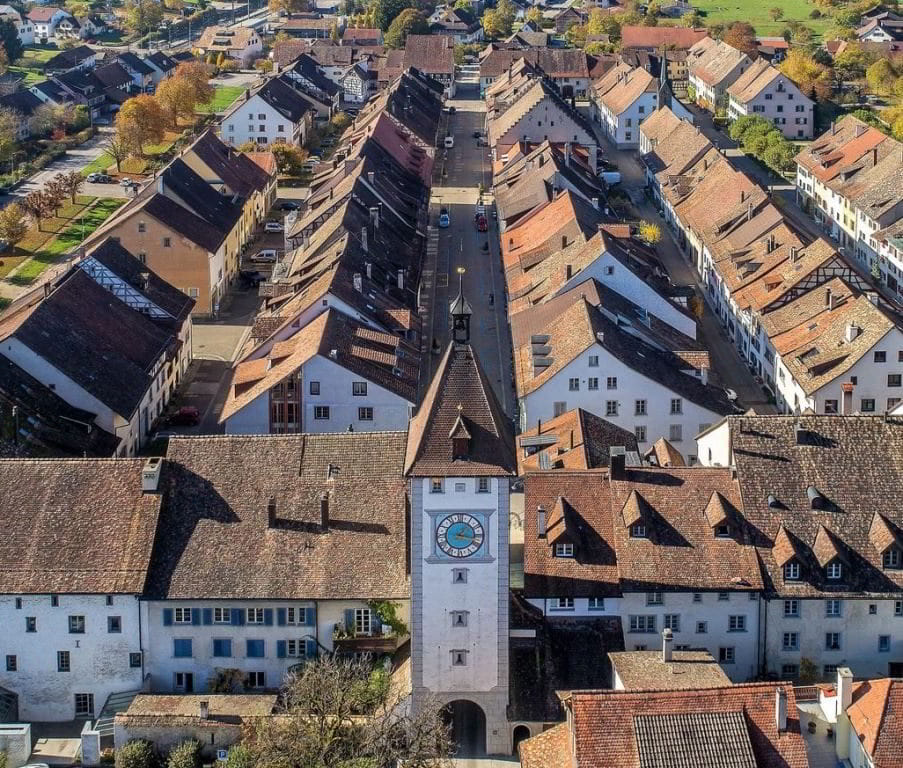 The Städtli Neunkirch can be found 13km from the canton capital and is considered the place where history and future meet. The medieval town in the heart of the lovely Klettgau with its incomparable rectangular city layout bears witness to a rich historical past. Striking, well-preserved buildings, such as the 450-year-old rest. Parish hall in the picturesque old town, give the town an incomparable charm. Explore the historical spot on your own, or let yourself be enchanted with a guided tour. 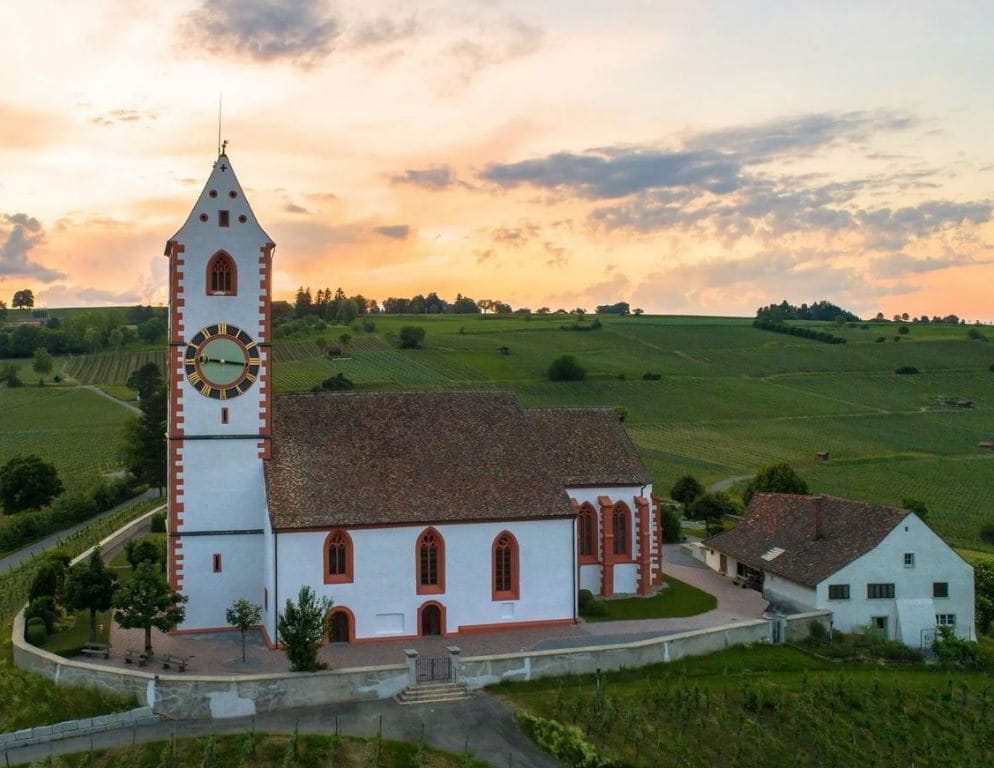 Stately houses, babbling fountains, idyllic alleys and nooks and crannies give the pretty community its charm. The uniqueness of the place was also recognized by Switzerland Tourism. Hallau has even been award-winning since 2019! In order to preserve the diversity of architecture, the Federal Office for Culture and Switzerland Tourism has added 20 exceptional villages to the inventory of sites worthy of protection. Including Hallau. With 150 hectares, the place also has the largest contiguous vineyard area in German-speaking Switzerland

10. Rhyality Immersive Art Hall (That’s one of the best places to visit in Schaffhausen) 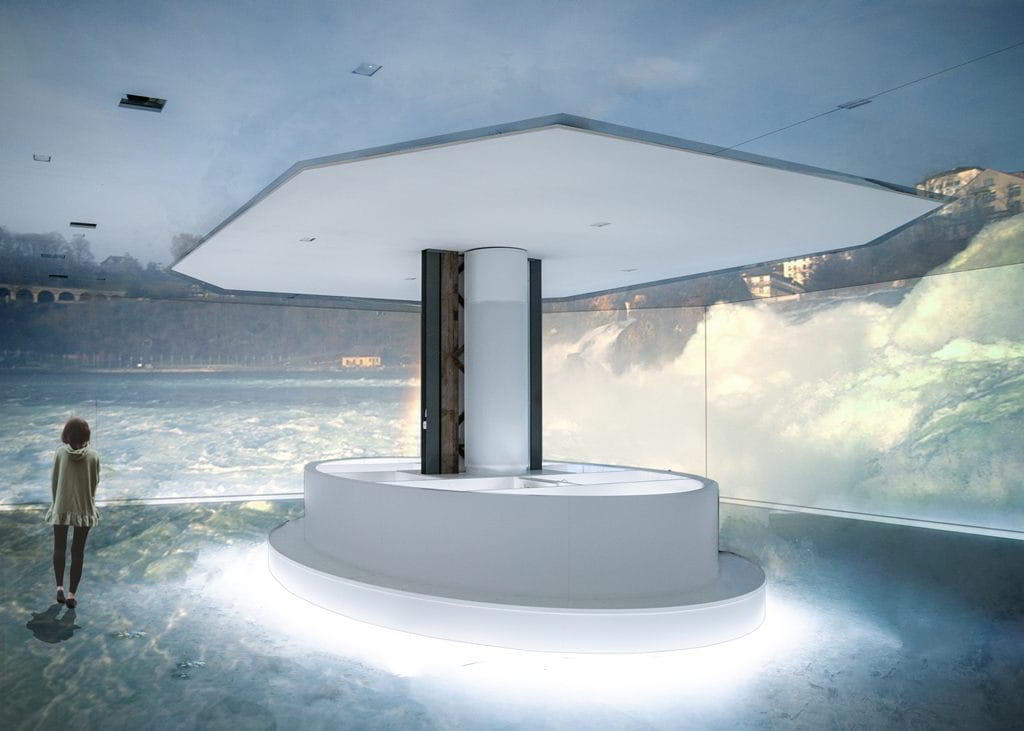 The first immersive venue in Switzerland is located directly above the largest waterfall in Europe – the Immersive Art Hall Schaffhausen.

Using 28 video projectors that illuminate the areas of the immersive space with moving images, visitors immerse themselves in the filmic events. The first film production shows the Rhine Falls over the seasons in moving nature shots and in artistic animations.

Countless time-lapse camera images, woven into an impressive film, allow viewers to marvel at natural moods and the transitions of the seasons from golden autumn to spring awakening to summer fireworks over the Rhine Falls.

Places to visit in Schaffhausen Switzerland