Places to visit in Palencia Spain

Palencia is known for its historical center, the most representative streets, the monuments, and gastronomy. In this post, we are listing the best places to visit in Palencia Spain.

The geographical location of Palencia makes it extraordinarily easy both to get here and to make the city a starting point for excursions to surrounding places that offer surprising panoramic views. 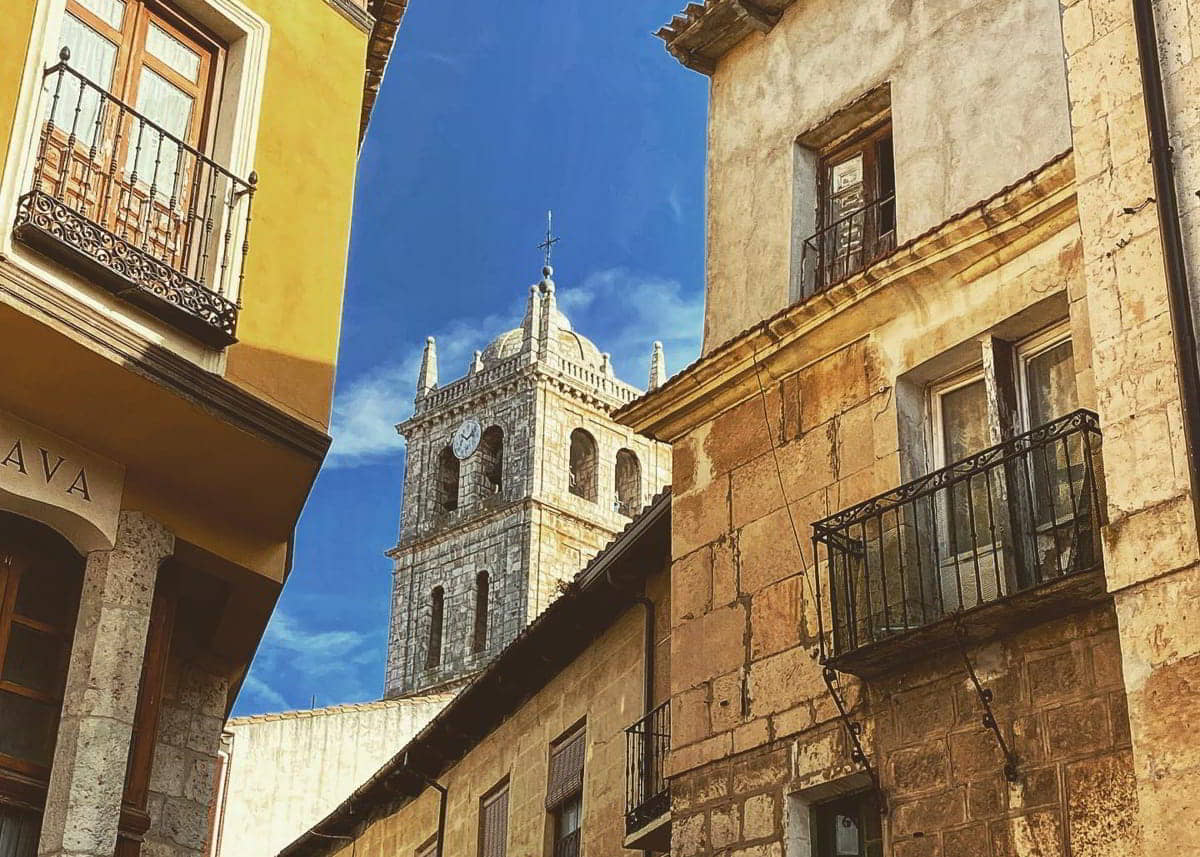 Palencia province is located in the Castile-León region (autonomous community) in northern Spain and has a population of 79,000 people. Let’s explore the best places to visit in Palencia Spain.

The main artery of Palencia around which the main commercial activity of the town develops. It is completely pedestrianized and three-quarters of this street are arcaded to support the balconies of the most sought-after houses in the city.

It has a large monumental complex, to visit for all lovers of ancient architecture and Romanesque works.

We can visit its historic center declared an Asset of Cultural Interest, with a guided tour departing from the north of the city and crossing its main artery which is Calle Mayor, which leads to all the important visits of the city.

Its origin is found in previous temples of the Visigothic and Romanesque times to get to the current Gothic. The cathedral dates back to the 14th century but was only finished two centuries later.

It does not have a majestic Gothic facade but once we have visited its interiors we can find a great artistic and decorative richness with its beautiful stained glass windows and a precious Plateresque altarpiece.

3. Parks and Gardens of Palencia

In total, the city has more than 1,500 hectares of green areas, 600 of them located within the historic center. Better known simply as “El Salón”, it is one of the oldest parks in Palencia. Originally it was located on the outskirts of the city, in the orchards of the Convento del Carmen.

At the end of the 19th century, a process of urbanization of the area was carried out, including the conditioning of these romantic-style gardens.

Its more than 30,000 square meters are planted with lush trees, home to birds such as sparrows, pigeons, starlings, goldfinches, and magpies. 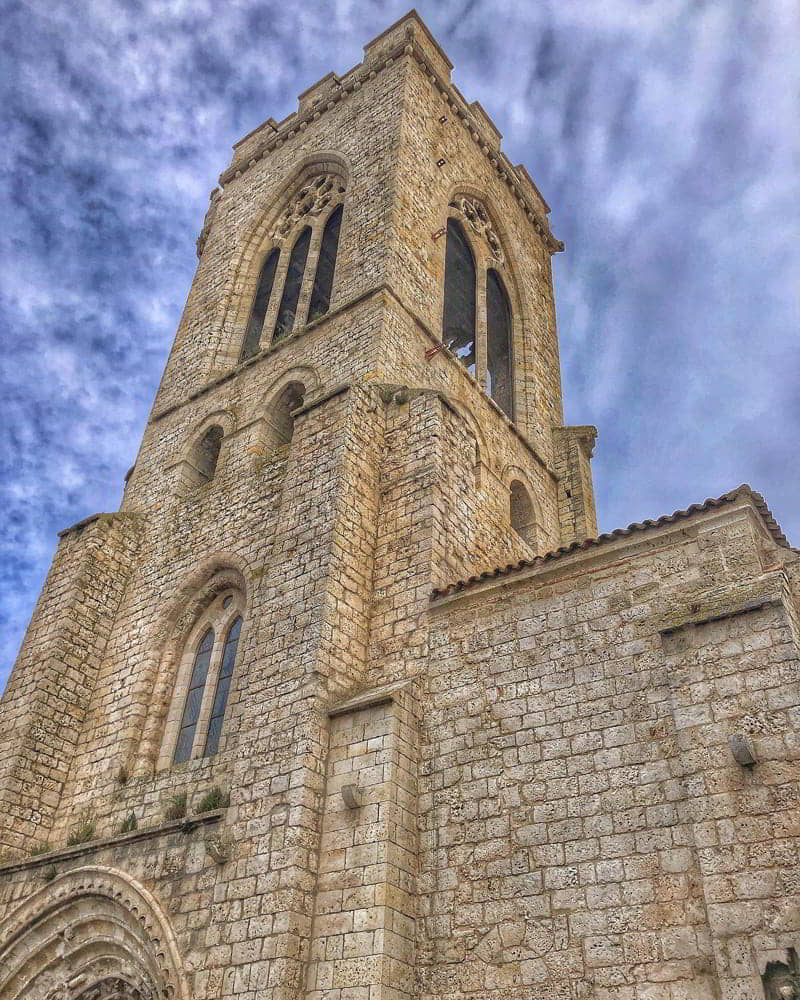 The Church of San Miguel is one of the most emblematic and beautiful. You can appreciate your mixed style in the transition between Romanesque and Gothic.

It stands out for its majestic tower with its large bell tower. It is popularly known for the traditional wedding celebrated between Don Rodrigo Díaz de Vivar and Doña Jimena. 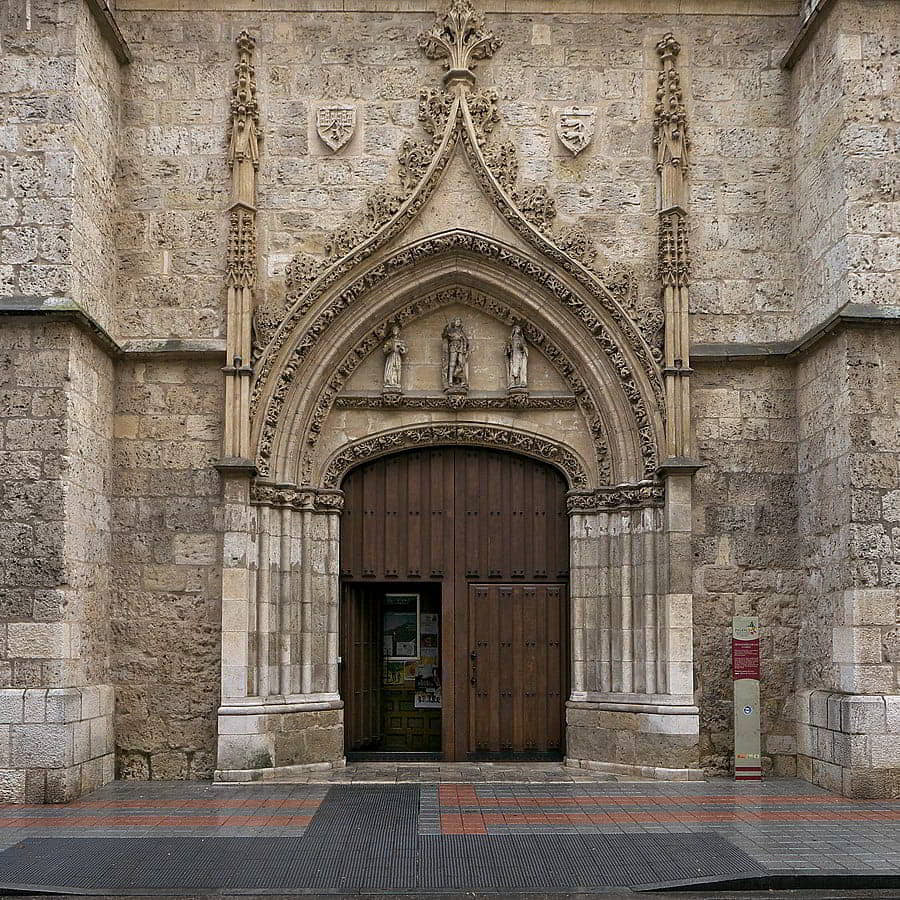 The Convent of Santa Clara houses another of the Gothic-style churches, the only one with a Greek cross plan. Of course, Santa Clara is one of the best places to visit in Palencia Spain.

Inside its church, it houses one of the most important figures of this visit, namely the reclining Christ or also known as Christ of the good death.

It is particularly known for its nail and hair growth. and join the Sinister Christs of Spain, all surrounded by legends and miracles.

6. Church and Convent of San Francisco

The Church of San Francisco is another very central church located near the Plaza Mayor.
It was founded by the Franciscans in the 14th century and served as the residence of the kings.

It has the distinction of having next to it the Church of Solitude, famous for containing the image of the Virgin of Solitude, much visited and revered in the Holy Week of Palencia. 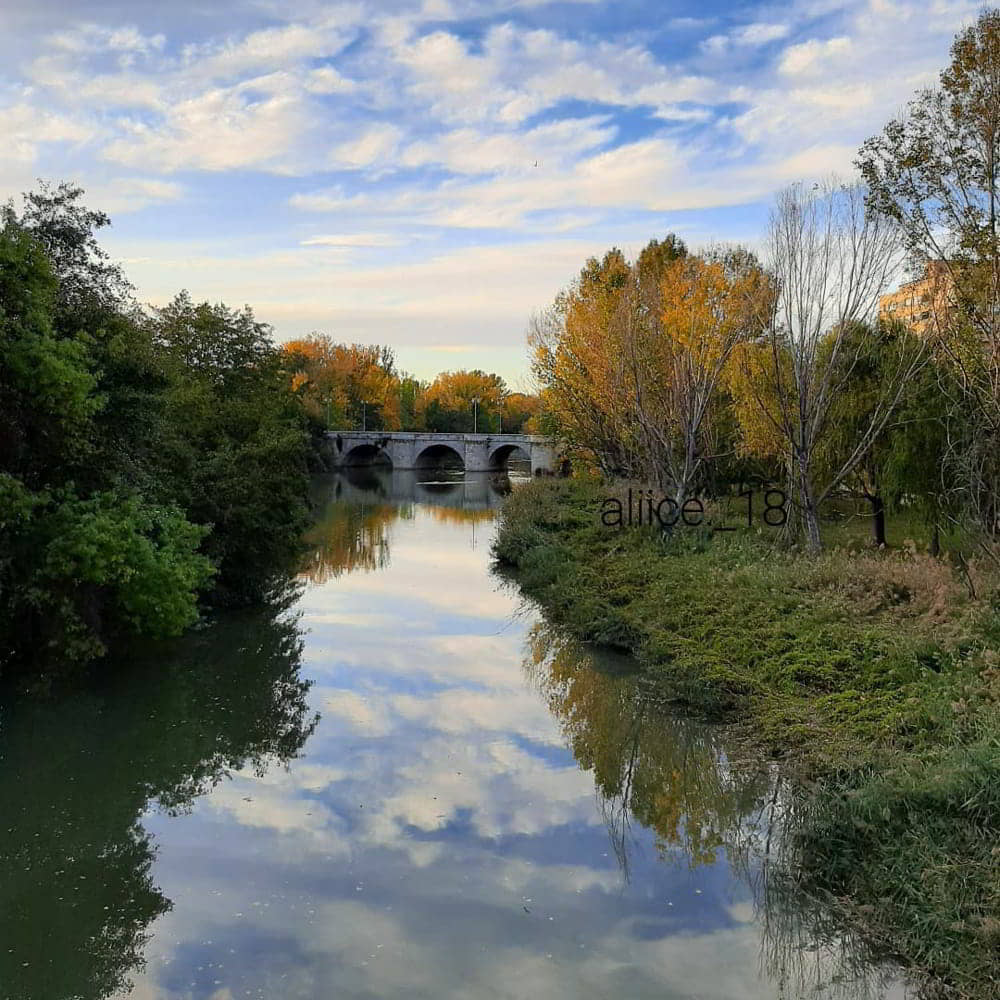 Several bridges cross the Carrión River, some of which are very close to the San Miguel church, so it’s a good opportunity to see them.

The closest is a walkway that connects with the Isla Dos Aguas Park but we also find the Puente Mayor, whose origin dates back to the fourteenth century. However, the oldest is that of Puentecillas as it dates back to Roman times.

Three bridges connect the two banks of this river as it passes through Palencia: Puentecillas, Puente Mayor, and Puente de Hierro. 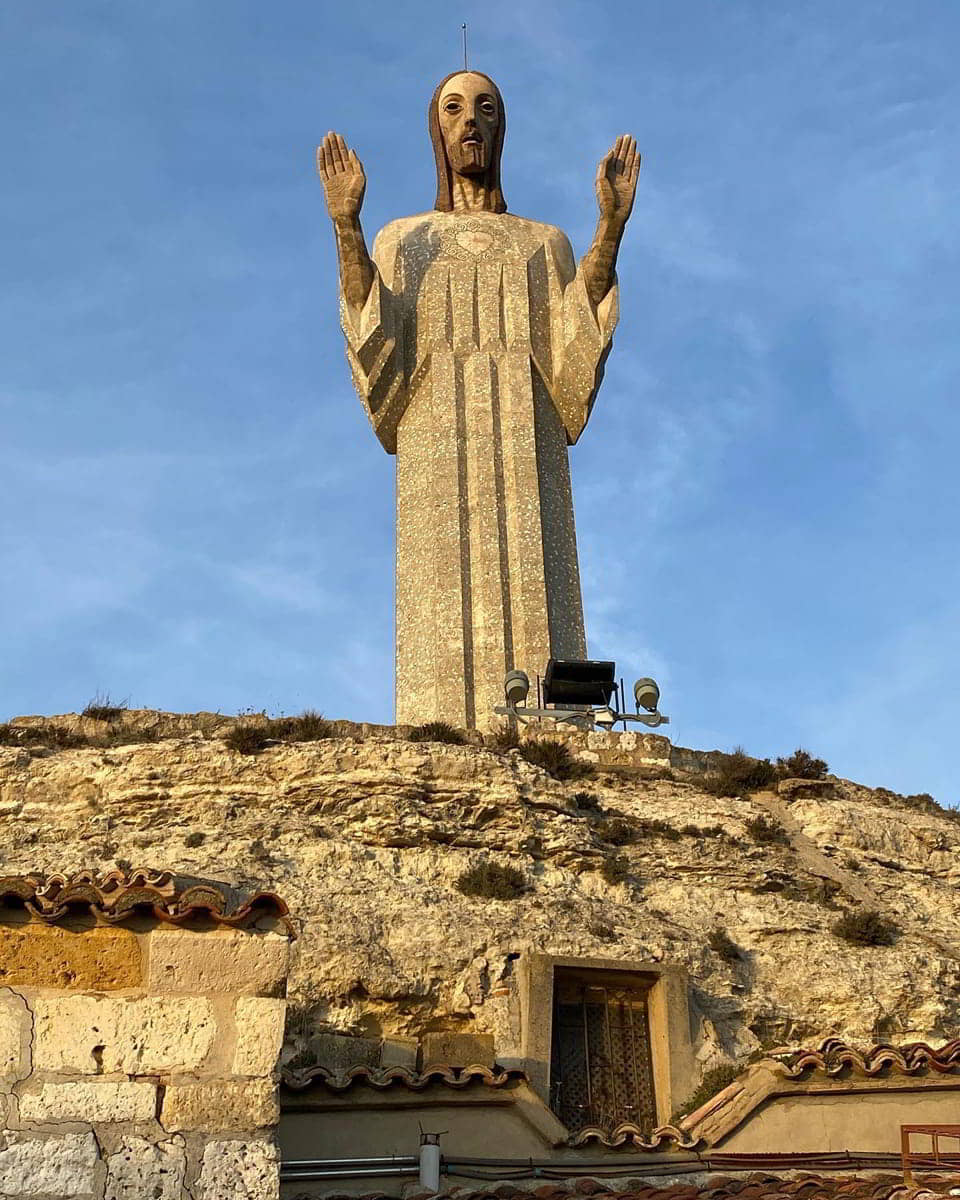 One of the best places to visit in Palencia. It is an icon of this magnificent city and is located on a hill. It ends in a strategic place that crowns one of the parts of the city so that it can be seen from virtually anywhere in the city.

Without a doubt talking about this spot means that if you visit it, you can also enjoy one of the best views in town. The Christ of the Otero It is a sculpture by the artist Victorio Macho. It is about 20 meters tall and represents Jesus Christ with a sculpted form where his hands can bless the city.

If there is a civil building that is worth visiting for its monumentality, elegance, its exquisite decoration, and above all its history, that is the Palace of the Diputación de Palencia.

Where we recommend a complete guided tour to be able to enjoy it in all its fullness.
It occupies a block between Burgos, Berruguete, Joaquín Costa, and Plaza de Abastos streets. Something striking in this building is its three towers in its three corners.

Places to visit in Palencia Spain