Most beautiful places in Valencia Spain

Valencia is the third largest city in Spain. Valencia is a splendid city, third in size, in the beautiful sunny land of Spain. In this article we are listing most beautiful places in Valencia. Strolling through its streets and arriving at its beaches, you will realize that this beautiful place is also a perfect vacation destination. 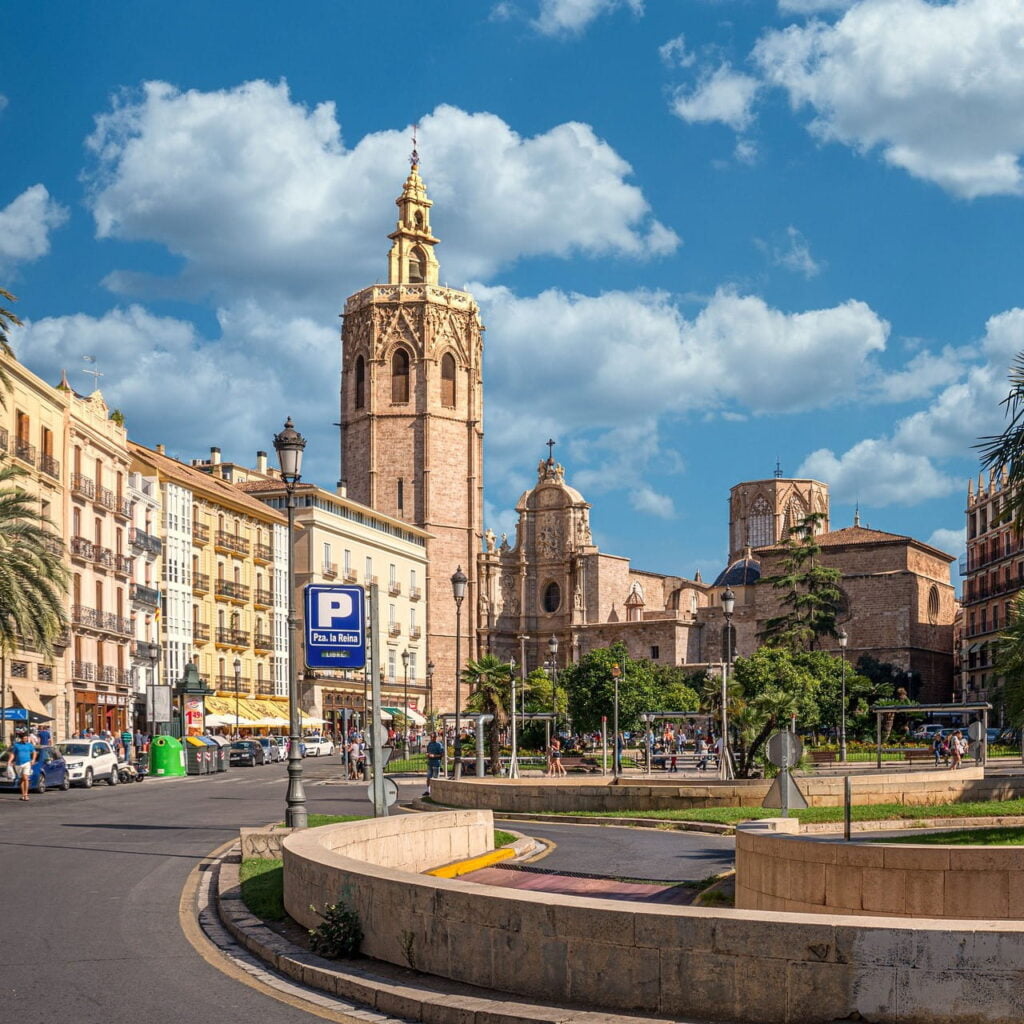 It is known as a wonderful city where the science and art is made together, where you can see interesting things and enjoy the traditional food of Spain. In this article we have listed 13 most beautiful places in Valencia. 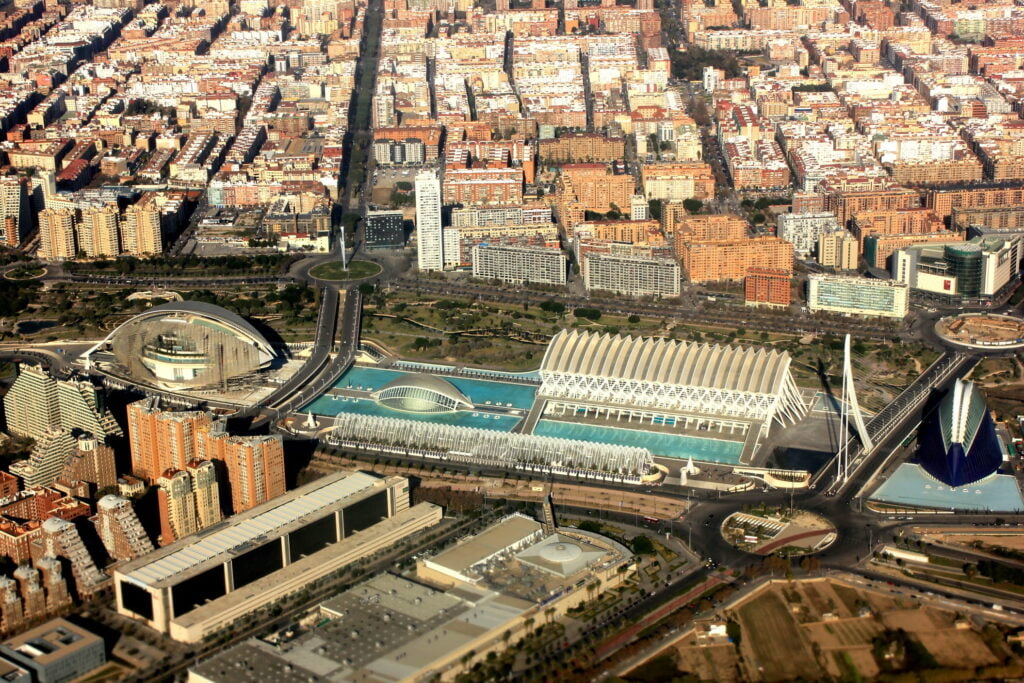 Most beautiful places in Valencia

1. The City of Art and Science

The city of art and science is one of the largest and most interesting scientific and cultural complex in Europe. It has an area of 350.000 square meters to see, and it has been conceived as a city within the city. 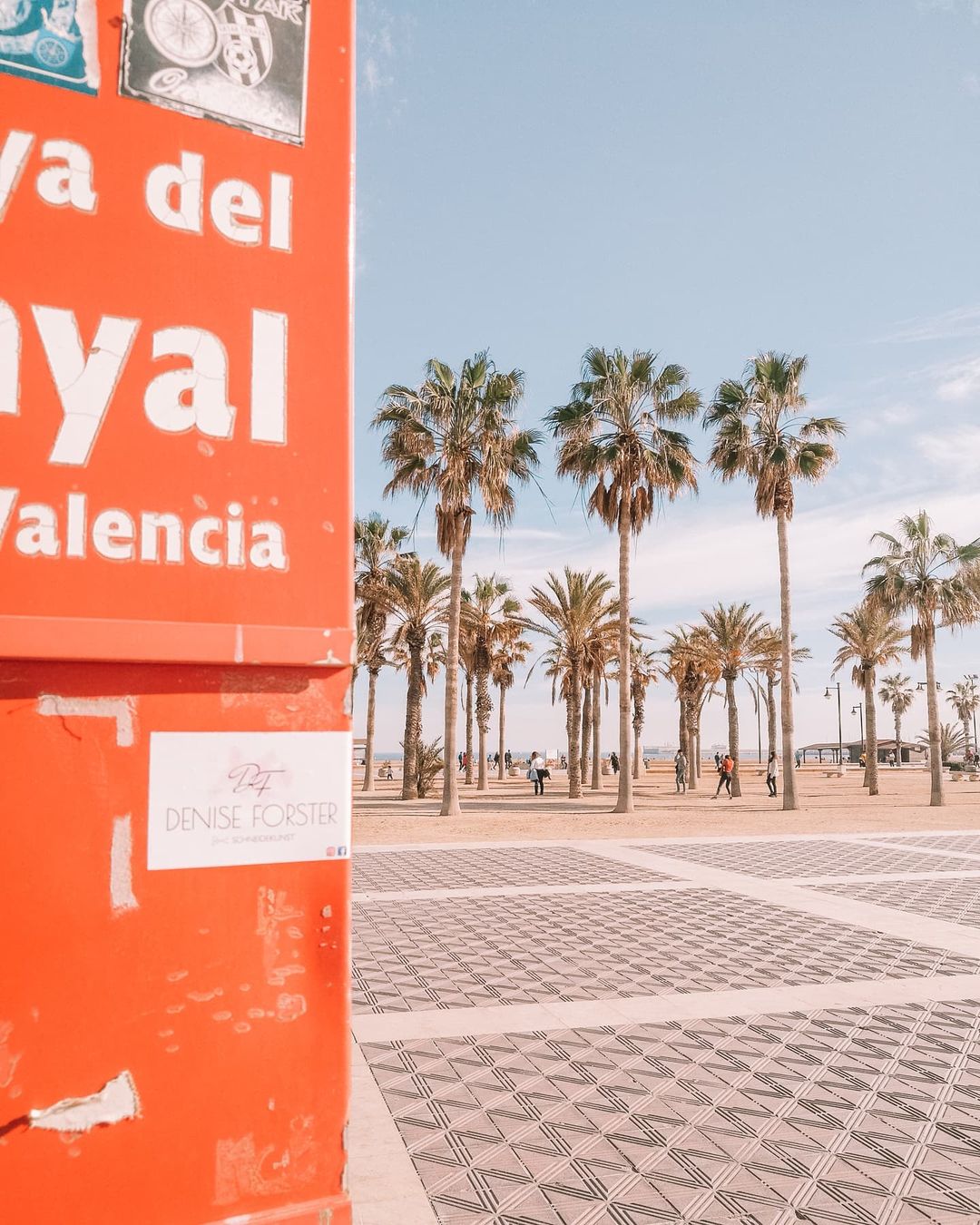 With more than 300 days of sunshine a year , Valencia is beautiful to visit in any season and offers the best of itself without making much desire in the colder months.

It is impossible not to be in a good mood when you sit at the edge of a palm tree, a few meters from some of the most beautiful beaches in Spain.

The sea is unlimited, clean and perfect for swimming: the presence of countless beaches with the blue flag will never make you doubt that you are in the right place.

The Institute of Modern Art in Valencia is another interesting thing to see during a visit in Valencia. It was opened in 1989 in Valencia as a symbol of modern art.

There is a collection of 12.000 works to see, by renowned Spanish and international artists.

An interesting thing is that one visit isn’t enough to see all the works there.  Remember that taking photographs is not allowed.

4. La Marina de Valencia (One of the most beautiful places in Valencia)

La Marina is the name of the port of Valencia, which is located near La Malvarrosa Beach. There are many iconic buildings to see in La Marina Port, but even you can find many bars and reastaurants.

Inside La Marina you can do many activities like surfing, rowing, sailing, jet skiing, diving and ect.

We suggest to spend some time to Marina because is one of the most beautiful places in Valencia. For all the joga lovers, La Marina offers even ocean joga and pilates. Another wonderful thing you can do is even have a boat party, and organized special events on that boats. 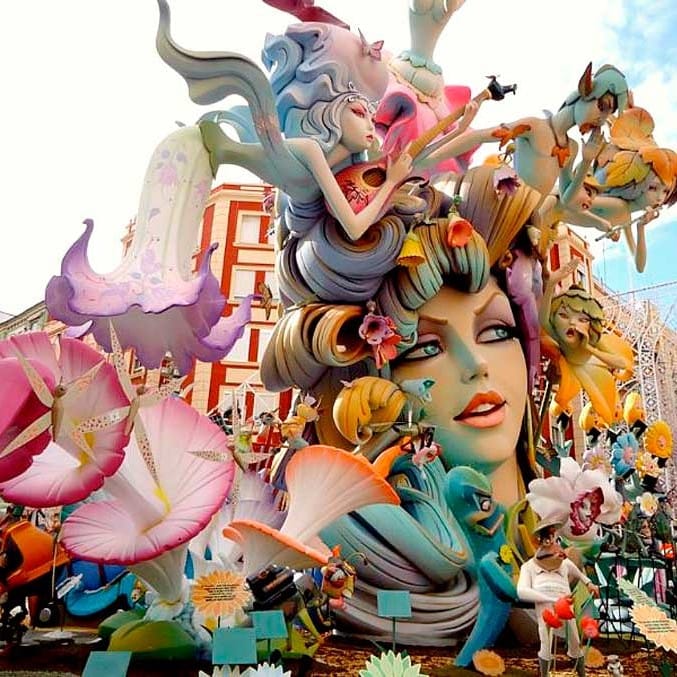 Fallas is considered a must, if you visit one day Valencia. Fallas is the most important valencian festivity all around the world.

In 2017, Fallas, has been recognized as Intangible Cultural Heritage by UNESCO.

March must be your favourite month to organized a trip in Valencia, so you can have the possibility to see Fallas.

The origin of las Fallas comes from the old carpenter’s tradition who, when celebrating the arrival of spring on 19th March, used to burn pieces of wood (parots) that were used to prop up their lights during the winter.

6. Valencia Aquarium Oceanografic (One of the most beautiful places in Valencia) 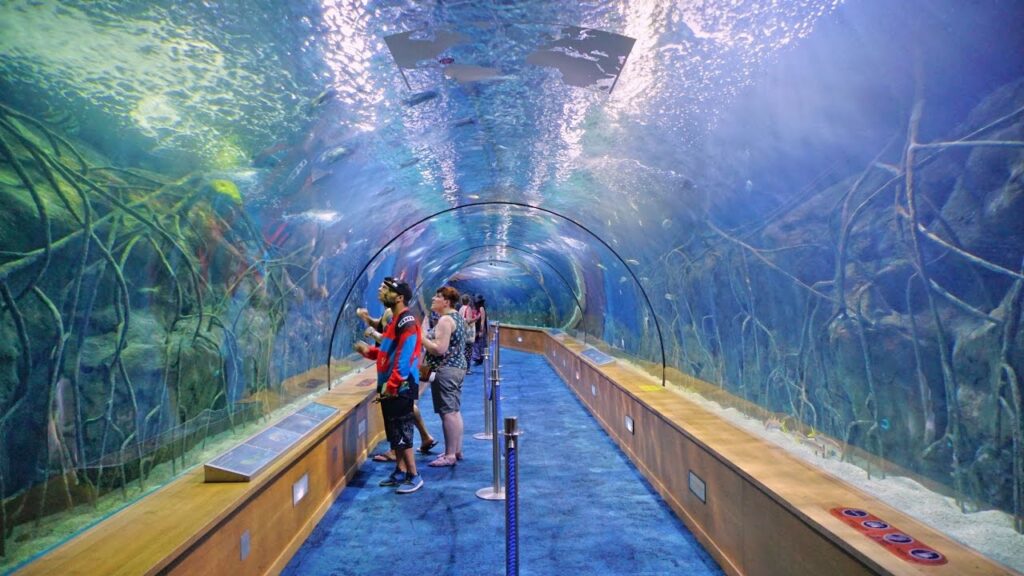 This is the largest aquarium in Europe, with the capacity to house 45,000 living creatures from 500 different species.

Its avant-garde architecture, the layout of the different aquaria and its scientific, recreational, and educational objectives bring the marine world to the public, raising awareness about protection of its flora and fauna. Of course that Aquarium Oceanografic is one most beautiful places in Valencia. 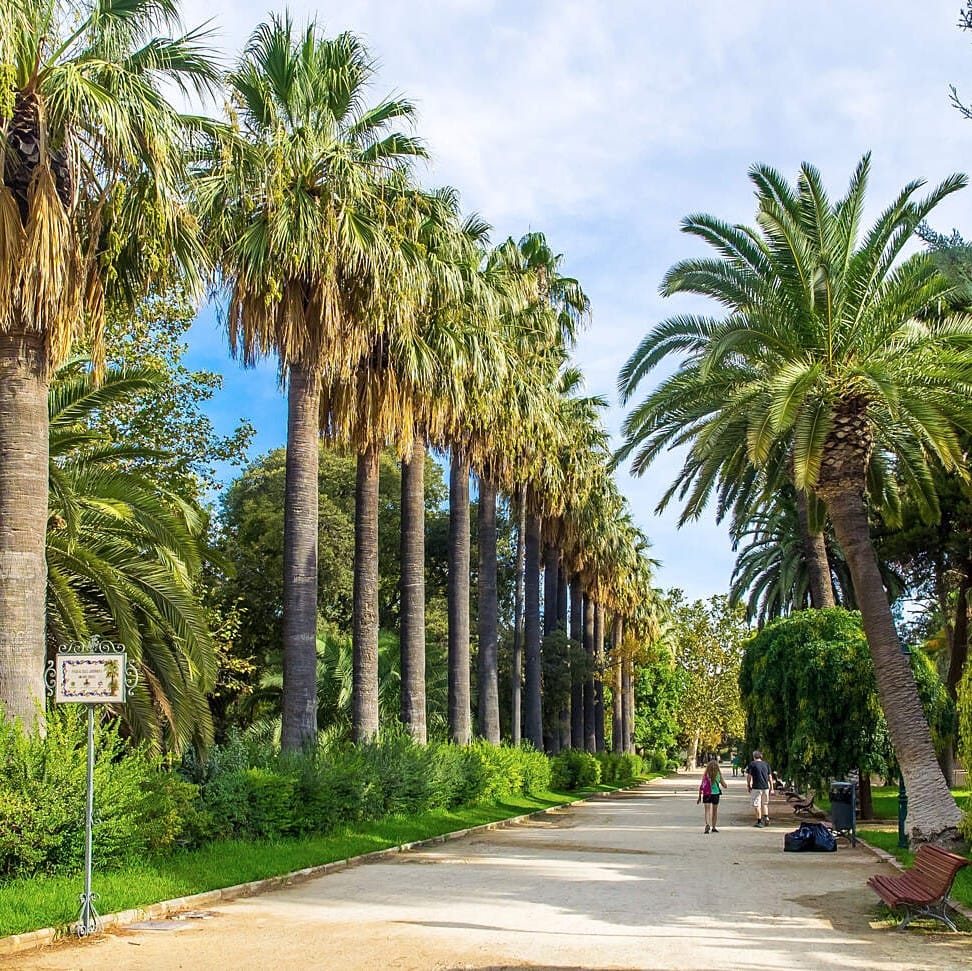 There are ducks and bird to see and you can even feed them, and have a little rest enjoying the view.

When the sun is shining Royal Gardens is a wonderful place to see and to enjoy your afternoons.

8. Bioparc (One of the most beautiful places in Valencia)

Bioparc is a place in Valencia considering like a zoo and sometimes it was called like a little Africa in Valencia.

It features a huge collection of African fauna, where you can find rivers, rocks that separate visitors from animals, you can even find ponds.

Bioparc in Valencia is organized in several areas, like fauna from the African Savannah, the Equatorial Forest, the island of Madagascar and at the end the wetlands.

We suggest to visit this place because Bioparc is one of the most beautiful places in Valencia.

Palau de la musica is created in 1987, it is located alongside the Turia Gardens and is one of Valencia’s most emblematic buildings.

The exterior light and harmony are transferred to the interior through the glass, and create a warm atmosphere.

The transparency is one of the most important thing for the palau de la musica auditorium. After crossing the huge hall, you enter in different concert halls. 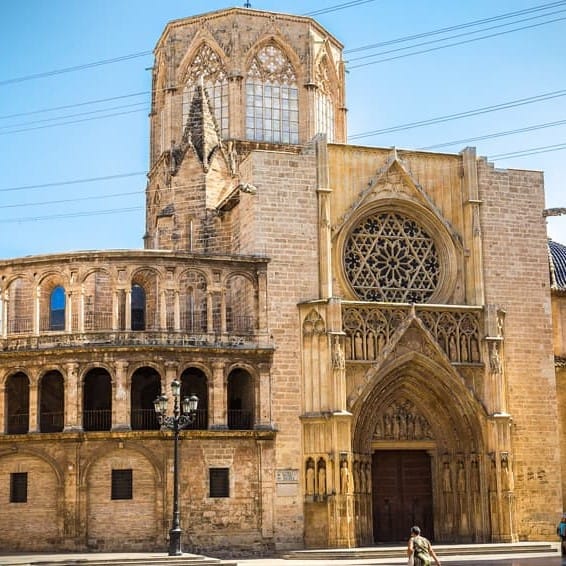 Valencia Catedral is one of the most beautiful thing to see in Valencia.  Its tower “el miguelete” is the symbol of city of Valencia, and it is the gothic style. One of the most wonderful elements inside of Catedral is the Capilla del Santo Caliz.

Capilla del Santo Caliz has its star vault, an image of heaven with the 12 Apostles and the Coronation of the Virgin.

It was started to built in century 13th and ended in century 14th. Inside Valencia Cathedral you can visit: 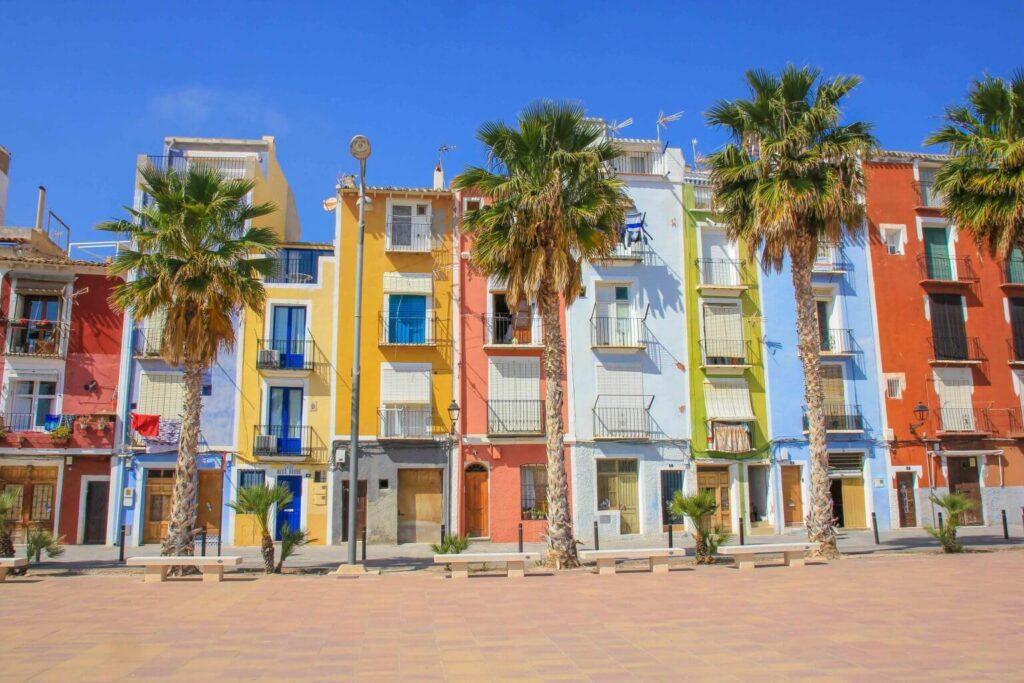 Villajoyosa is village on the Alicante coast that is popular among tourists, mainly for the colorful facades of its houses. It’s no surprise that the Valencian name of the town, Vila Joiosa, means “joyful city.”

This fishermen’s village also has a chocolate-making tradition, so you must make a stop at one of its several chocolate museums. Get your camera ready to snap photos of this lively town.

In addition to losing yourself among its streets, another of its biggest attractions is its beaches, especially the Torres Beach and Paraíso, or paradise beach. 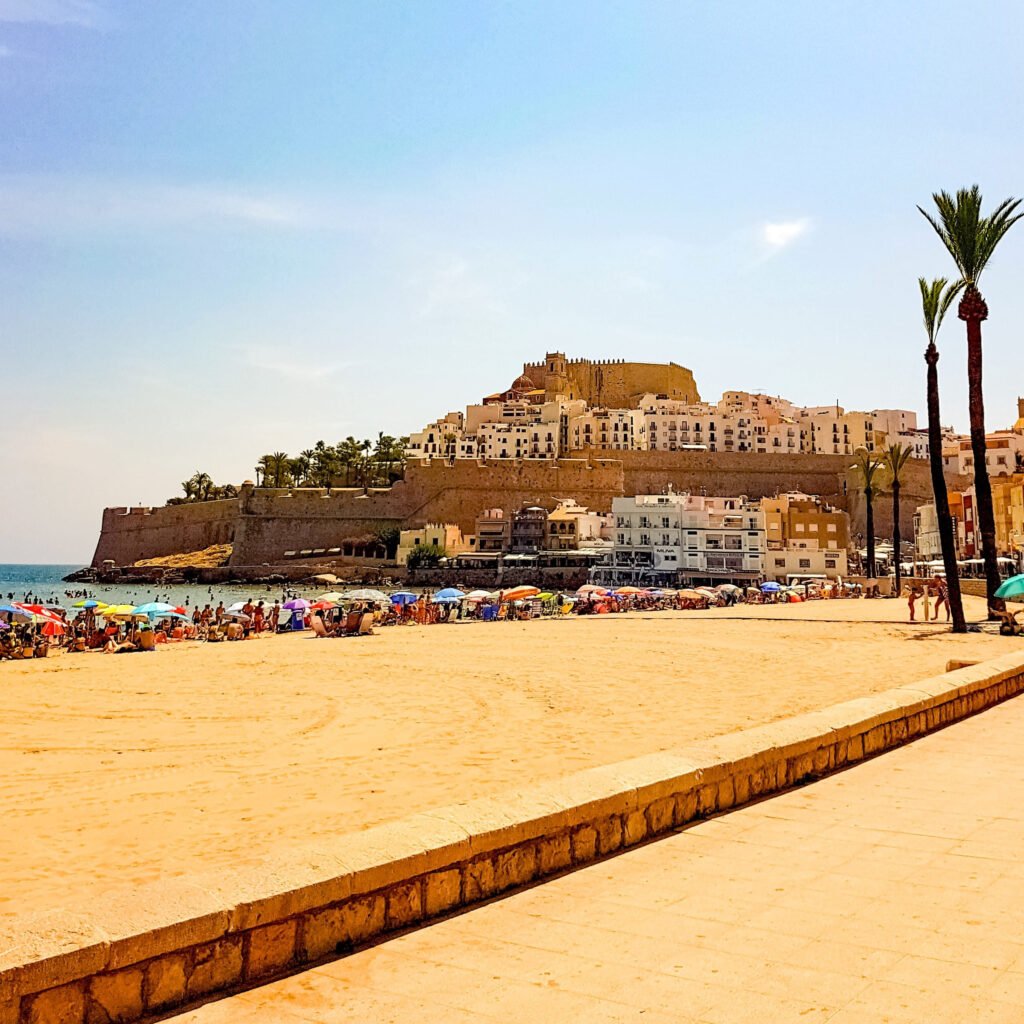 Peñíscola is one of the most popular tourist resorts in the province of Castellón. The castle, perched on a large ridge overlooking the sea, offers a glimpse of its past at a time when knights and battlemented fortresses occupied the lands of El Maestrazgo.

Pope Benedict XIII, known as ‘Papa Luna’, chose this as a place of seclusion and to launch the fight for the unity of the Catholic Church.

The fortress stands on the highest point of the peninsula.

The parade ground offers as a delightful balcony over the Mediterranean, and its keep makes the perfect place to see a panoramic view of the coastline.

In spring and summer this walled enclosure hosts a Spanish comic film festival and a festival of old and Baroque music.