Ischgl is one of the most popular winter sports resorts Tirol region in Austria. In this article we are listing Ischgl Austria best places to visit.

Until less then 100 years ago this small village close to the Swiss border lived almost exclusively from farming. Local residents were so poor that they could not even afford to look after their own children, who were sent to Germany to work in return for nothing more than food and accommodation.

It was only with the growth of tourism after the Second World War that Ischgl became increasingly popular with visitors from Europe’s towns and cities. Today it is one of the most popular winter sports destinations in the Alps, though it has still managed to retain its original charm.

The resort offers excellent ski slopes and state-of-the-art lifts, while away from the pistes visitors can look forward to entertainment, fine food, luxurious spas and lots of great events.

Whether you’re a beginner, an advanced skier or snowboarder, freerider or freestyler: the ski resort Ischgl in Tyrol in Austria is a ski resort for every taste. Wishes don’t just come true in Ischgl – they take on entirely new dimensions! For more travel articles in Austria check this category. Below we are listing best places to visit in Ischgl Austria.

if highest quality, local products and creativity meet, then that’s bound to be a great culinary experience.

And that’s exactly what happens at the restaurants in Ischgl. At every single restaurant, culinary pleasure is a top priority – no matter the season. Whether traditional or experimental.

Whether Far Eastern or American. Holiday guests get to look forward to delicious flavour experiences of all kinds on every single day of their holiday.

2.Silvretta Arena (That’s one of the best Ischgl Austria best places to visit)

Ischgl has just 1,600 inhabitants – and yet it is the gateway to one of the largest and most internationally known ski areas in Tyrol.

From the small village in Paznaun, the gondola takes you up to the “Silvretta Arena”.

At an altitude of 2,000 to 2,872 meters, slopes of various levels of difficulty lead to the Swiss town of Samnaun.

The choice of routes is great. Steep descents with a gradient of up to 70 percent await the experienced.

The Roman Catholic Chapel of St. Blasius to the 14 emergency helpers is in Paznaun.

The listed baroque chapel is consecrated to St. Blaise, patron saint of cattle. Cattle breeding was once the main occupation in the Paznaun Valley.

Since it was not possible to grow grain in the valley itself, the young cattle were exchanged for grain that was imported duty-free.

The 14 emergency helpers can be found on the altarpiece of the chapel.

The Mathias Schmid Museum in Ischgl is already an eye-catcher with its hipped roof.

The exhibition is located on the local beach of the popular Tyrolean winter sports resort and you can enjoy a beautiful view of the municipality and the peaks of the Verwall group.

The museum functions as an exhibition and a memorial at the same time. 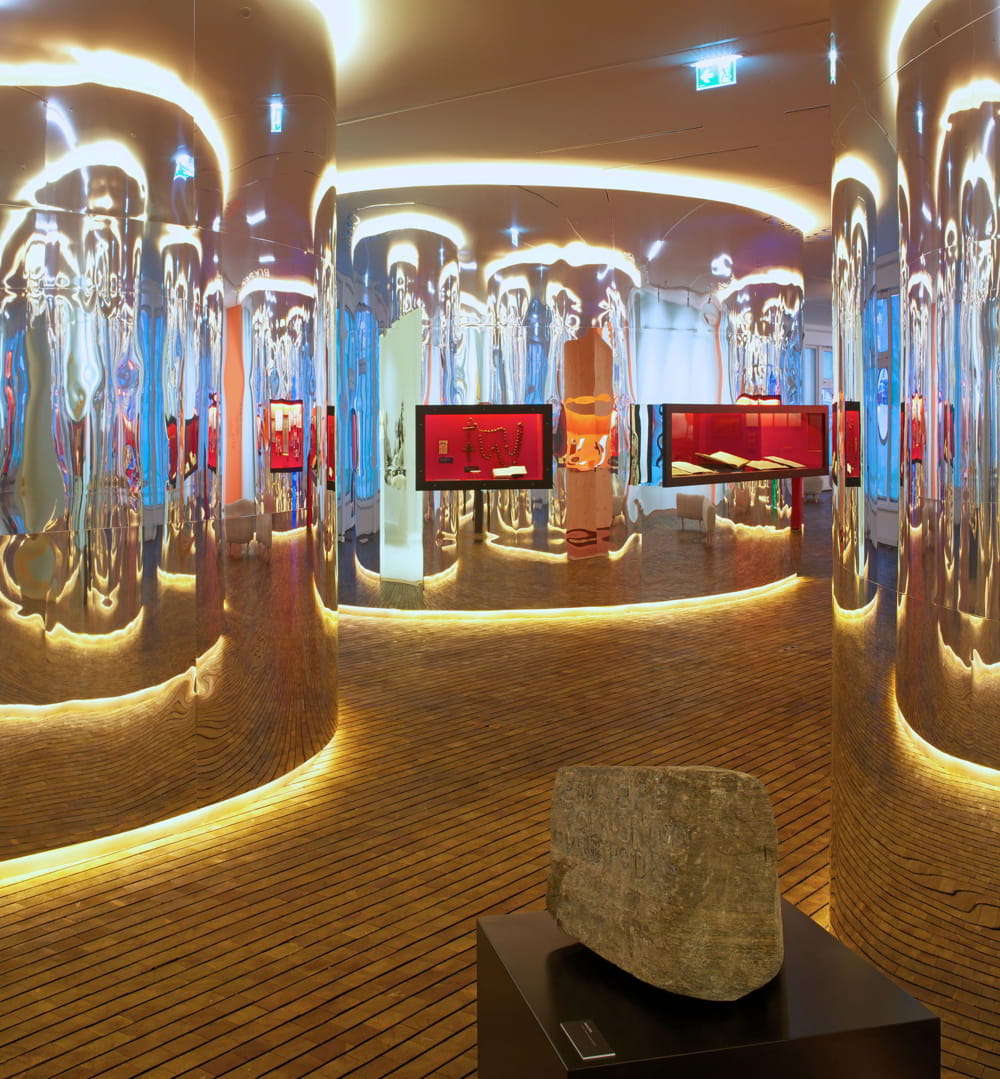 The Alpinarium in Galtür sets standards. Architecturally, the exhibition is unique in Europe in this form and was integrated into a 345 meter long protective wall, which was built after an avalanche in 1990. Alpinarium is one of the Ischgl Austria best places to visit.

The museum forms the heart of this facility and is used for information and commemoration at the same time. The museum concept was awarded the Austrian museum seal in 2008.

Wiesberg Castle is enthroned on a rock, high above the Trisanna river.

The historic building is located in the Tyrolean community of Tobadill, at the confluence of the Paznau and the Stanzertal.

Wiesberg Castle was built in the 13th century by the bishopric of the Swiss Chur.

At the end of the 14th century the castle became the property of the Counts of Tyrol and was given as a fief to the noble Rottenburger family.

When this family died out at the beginning of the 15th century, the castle was pledged by the sovereigns to various feudal lords.

The exciting adventure park Vider Truja on Vidersee above Ischgl promises relaxation for the whole family.

In the high alpine landscape you walk along the adventure trail and experience up close just how versatile water can be.

Watermills, the water playground, a climbing frame and a water management system bring you closer to the element of water in a particularly vivid way. Vider Truja  is one of the Ischgl Austria best places to visit.

Tired legs get going again on the barefoot path directly on the Vidersee.

Swimming in a Tyrolean mountain lake – an absolute must on many hikers’ summer to-do lists. The charming Berglisee is particularly suitable for this.

With the fresh temperatures of the crystal-clear water, it may take a bit to overcome, but the experience is twice as worthwhile.

Take your laps with a view of the Paznaun Alps and then fortify yourself at one of the barbecue areas on the lake – an experience worth remembering!

9.Schwarzwassersee (That’s one of the best Ischgl Austria best places to visit) 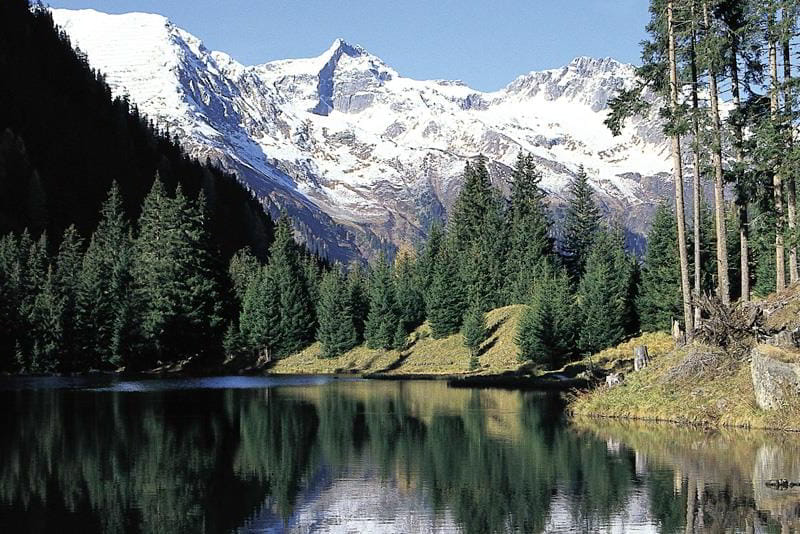 Small but nice – this is how the Schwarzwassersee near Ischgl can be described. The lake is located in a side valley that leads directly from Ischgl to the south.

The lake is a good two kilometers away from the town center. The Schwarzwassersee finds its place idyllically in a small valley depression and is framed by a rustic spruce forest.

The hut, built in 1885, is located on the edge of a high moor and is surrounded by lush meadows and deep forests. The best way to get to the Konstanzer Hütte is from the valley town of St. Anton.