On the coast of central Dalmatia, about 30 kilometers west of Split, lies the beautiful city of Trogir. In this article we will explore best things to do in Trogir Croatia. The heart of this picturesque old town is a small island located between the mainland and the island of Ciovo. 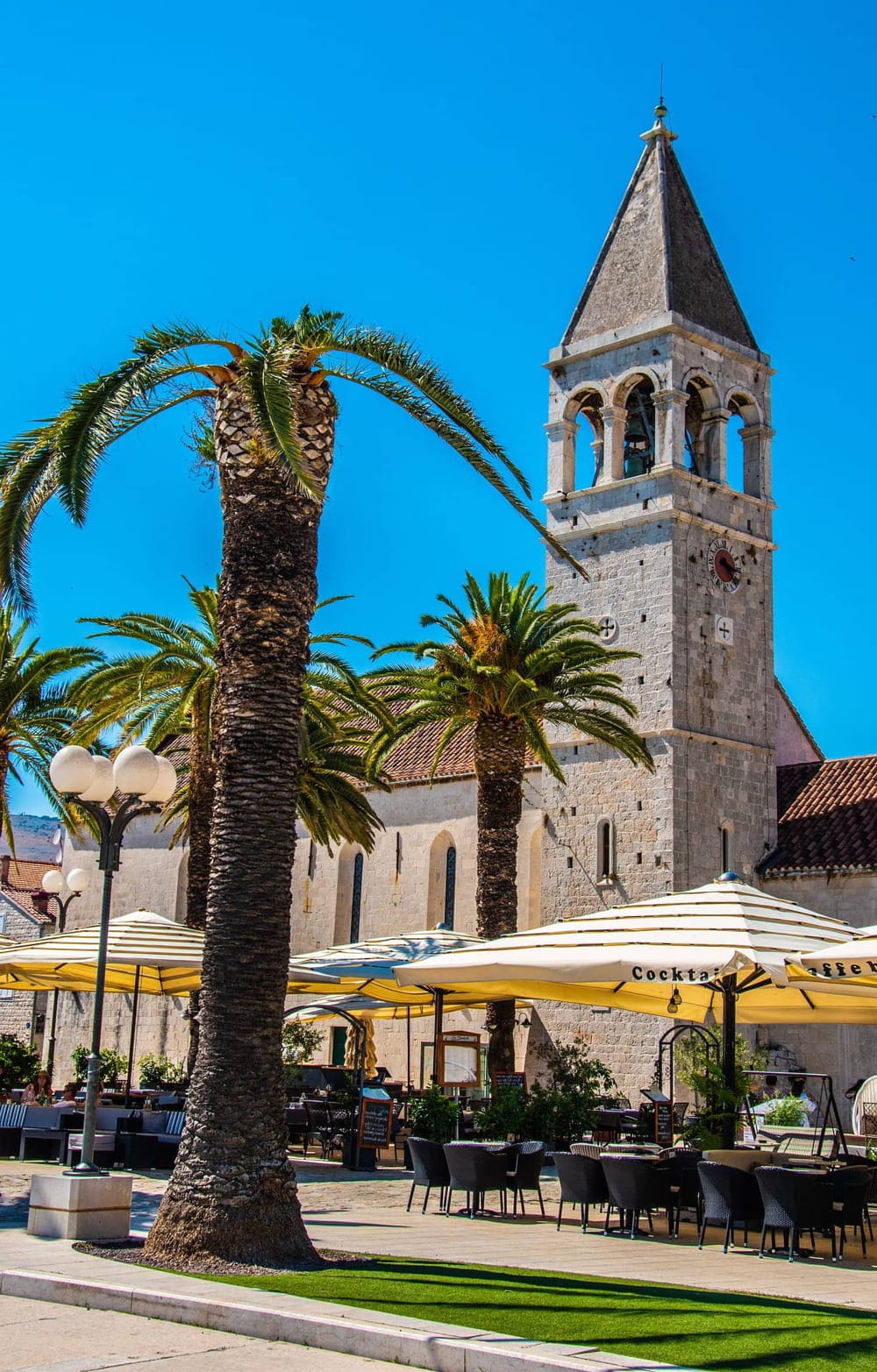 Trogir is a perfect place for vacation because there is something for everyone. From interesting history to pebble beaches, this small town has it all. With a population of 11,000 people, Trogir comes to life mainly during the warmer months. The weather in this area is best defined as Mediterranean, which means that it becomes quite dry and warm during the summer. Trogir is cituated in Split Dalmatia Region.

The best time to visit this city is from May to the end of September if you are planning a beach holiday. In 1997, UNESCO included the Old Town of Trogir in the World Heritage List as one of the best preserved Romanesque-Gothic cities in Central Europe. For more travel articles about Croatia check this category and for all articles about Europe check this list.

1. The Cathedral of St. Lawrence Trogir 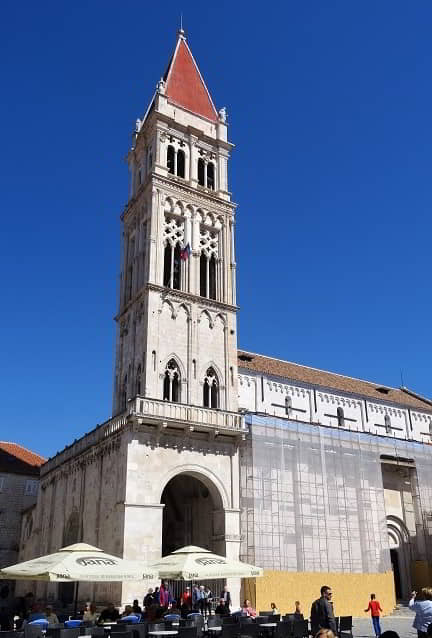 Cathedral was built in the 13th century on the remains of older churches, as a three-nave Romanesque basilica with three apses. Extensions in the 14th and 15th centuries. A monumental atrium, a baptistery to the north and a bell tower to the southwest were added to the Romanesque façade.

Galleries were built over the side naves, and the old roof of the church was replaced by cross vaults. The Romanesque façade was also changed, with a new large rosette opened, and the old one, which had previously been in its place, built into the gable of the church above it.

Built in the 15th century, the Kamerlengo Fortress is located in the southwestern part of the Riva.

It was built shortly after the Venetians conquered the city. The castle is open to visitors and its towers offer a beautiful view.

Numerous concerts and events are held here during the summer months. The entrance fee is around 25 kuna, but it depends on the period of the visit. we suggest you do not leave without visiting Kamerlenge because is one of the best things to do in Trogir, Croatia.

Old town, one of the best things to do in Trogir, is located across from the cathedral, on the south side of the square.
It used to be a courtroom that is still represented today through a 15th century relief of Justice on the east wall.

On the south wall there is a relief of Ban Petar Berislavić located in the 20th century.
Today, this is the best place to visit if you want to enjoy traditional klapa music that takes your breath away.

Located next to the cathedral, on the same square is the Communal Palace , also known as the City Hall. Originally built in the 13th century, this palace still retains its original purpose. The square building has an open courtyard in the middle.

The greatest changes to the building occurred during the restoration of the 19th century.
Today, you can find the tourist info center on the left side of the entrance to the courtyard.

Attached to the town lodge is the church of St. Sebastian , built in the 15th century after the rescue from the plague as a token of gratitude.

The church does not have a bell tower, but instead carries a city clock tower. Inside you will find memories of the fighters who died during the Homeland War in Croatia. 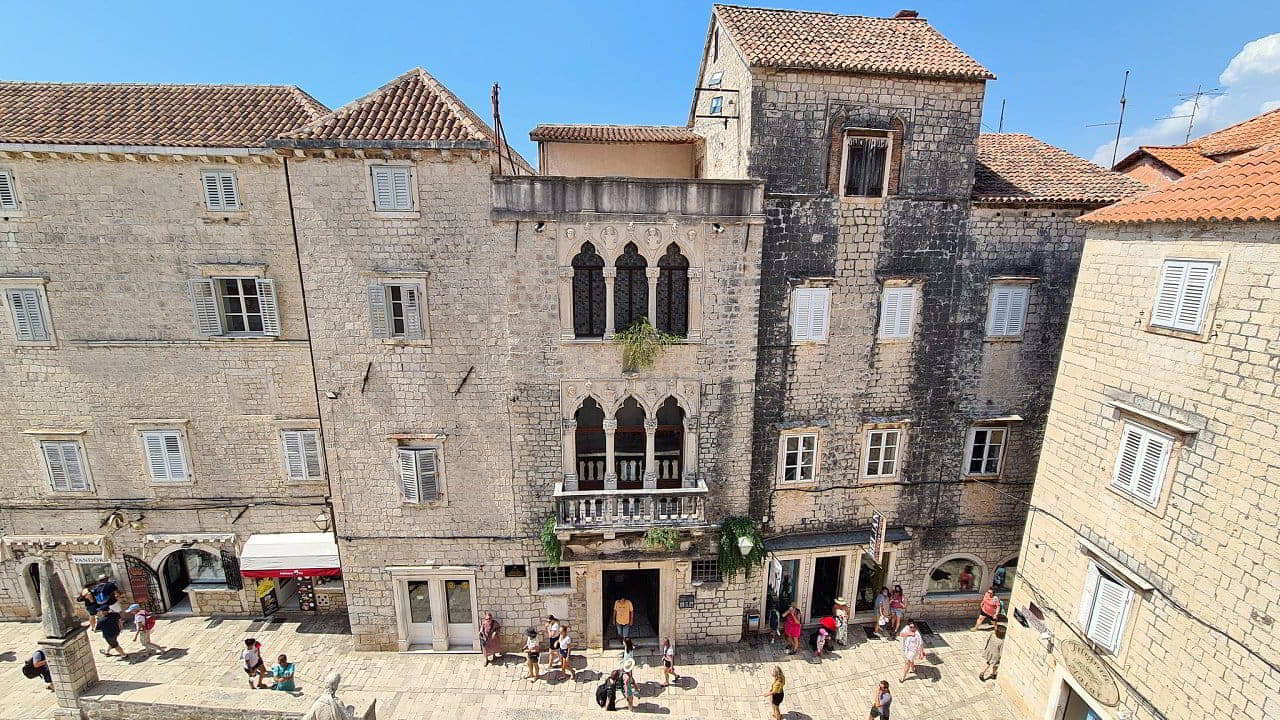 The Cipiko palaces , small and large, were once owned by the prominent Ćipiko family.
The palaces, which were originally separate Romanesque buildings, have been connected through the centuries.

The most extensive changes took place in the 15th century during the time of Coriolan Cippico , who hired the best artists of his time to work on palaces. Today the palace is used by the Josip Hatze Music School.

7. The Benedictine Monastery of St Nicholas 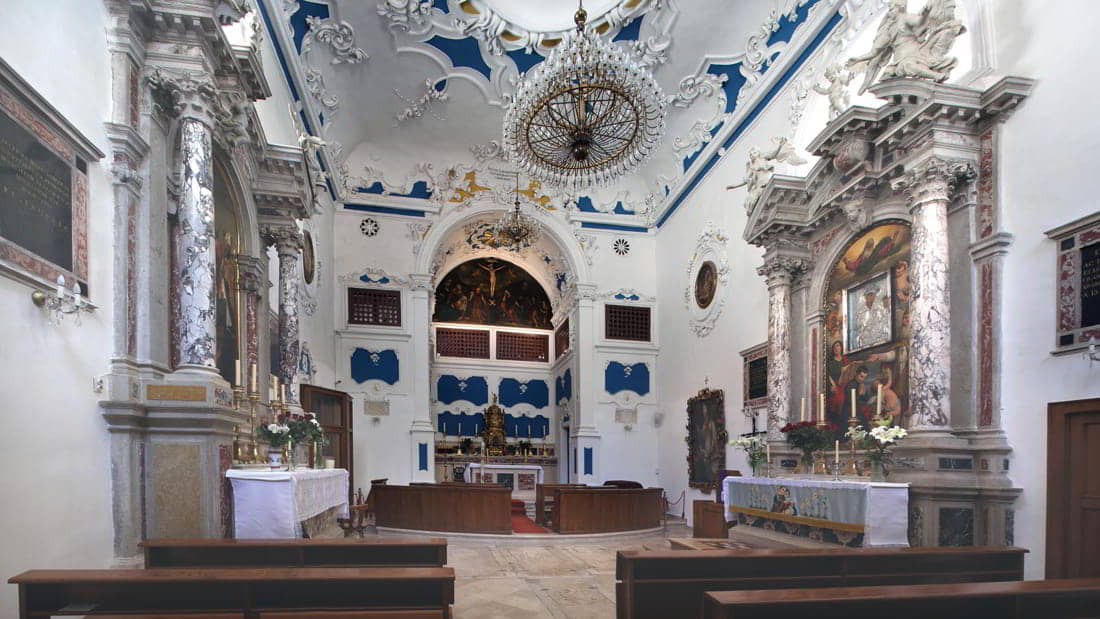 Church of St. Nicholas and the Benedictine monastery were built in the 11th century and still stand today.

In the 16th century the bell tower was built of local stone from the island of Brač. The monastery houses a very special stone collection, focused on the relief of Kairos dating from the 4th century BC. Kr. For this reason visiting St Nicholas is one of the best things to do in Trogir.

The Trogir City Museum, also known as the Garagnin – Fanfogna Palace , is a complex of Romanesque and Gothic buildings connected during the 18th century. The museum has some truly remarkable collections, including the Garagnin-Fanfogna library, an archeological and ethnographic collection. In addition, it has a collection of cultural history from the Middle Ages and modern times, as well as an amazing exhibition of stone.

9. Church and monastery of St. Dominic in Trogir

Among the most important monuments in the city are the monastery and the church of St.

Dominica built in the 13th century. The simple church has had considerable adaptations over the centuries, as has the monastery.

In the 15th century, Niccolò Fiorentino built a tombstone for the Sobota family inside the church. In 1944, the church and the monastery were heavily bombed, but fortunately everything was returned to its original glory.

10. Church of John the Baptist

The Chapel of Blessed John is another intriguing part of the church, built in the 15th century by Niccolò Fiorentino, Andrea Alessi and Ivan Duknović.

The chapel symbolizes the underworld, heaven and earth, and in the middle of it all is an altar with the sarcophagus of Blessed John.

Things to see in Porec Croatia