On the Veronese shore of Lake Garda, about 38 kilometers from Verona, there is a small jewel town. We are talking about Torri del Benaco, an elegant city officially composed of 3049 souls that connects the Veronese side of the lake with that of Brescia thanks to the ferry that makes the route daily.

There are several tourist attractions in this area: from the natural landscape around it for sports lovers, to its historic center, beaches and wellness points for those who prefer relaxation.

But not only. There are other places that have made the history of this part of the lake. So let’s find out what you must see in Torri del Benaco . Personally I have visited it on three occasions, and the most recent has left its mark on me as it had been too long that I had not been there.

The origins of Torri del Benaco are lost in the night of the centuries. The first signs of the presence of man can be traced back to about 2000 BC: in 1978, during excavations in the historic center.

Fragments of decorated ceramic and flint objects attributable to the Bronze Age were found and in the 1960s traces of an ancient pile-dwelling settlement. Below you van find Top 5 Best Things to do in Torri del Benaco at Lake Garda (Torri del Benaco Sul Garda). 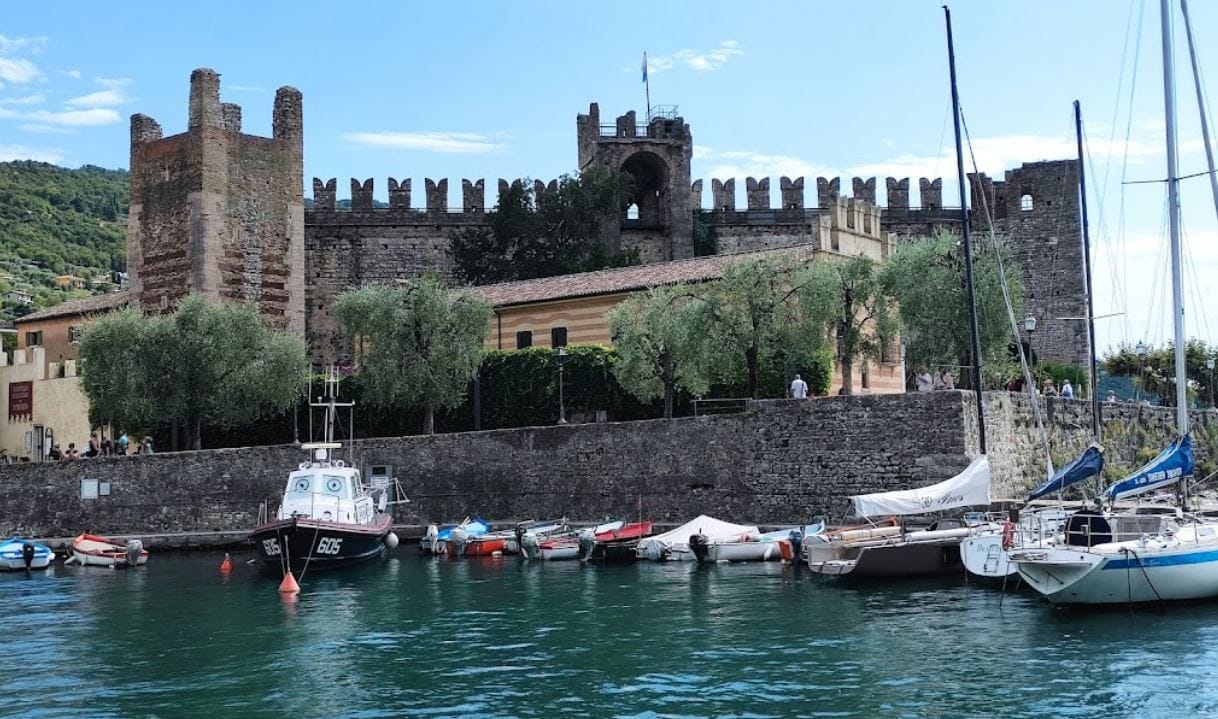 The construction of the Scaligero Castle dates back to the last years of the Scaligeri domination. Built on the ruins of a pre-existing early medieval castle, the fortress had a purely defensive function. Its towers were part of the walls that surrounded and protected the town from possible attacks. From the castle branched off some dungeons, partly still existing, useful for escape in case of siege.

Increasingly threatened by the Visconti of Milan, the last lady of the Scaligeri, Antonio, entrusted the fate of his state to Cortesia Marasso Serego; which in 1383 to Bonaventura Prendilacqua for the reconstruction of the castle of Torri. The intent was to strengthen the defenses of the port by creating a fortified dock, considered indispensable for the control of the middle lake.

Despite the setting up of all these defenses,in 1387 the fortress of Torri and the entire shore of the lake were conquered by the Visconti, then by the Da Carrara and finally in 1405 by the Republic of Venice. In the 16th century the castle was the seat of the Captain of the Lake. , the castle became the property of the Nuvolari counts and subsequently of Mrs. Giuseppina Arduini.

In 1973 it was bought by the Municipality of Torri del Benaco and after 10 years it was opened to the public as an ethnographic museum. Very interesting is the lemon greenhouse, dated 1760, which remains the only one that can be visited and active in the entire territory of Lake Garda. From the top of the walkways of the walls it is possible to admire the magnificent panorama of the marina and the historic center of Torri. 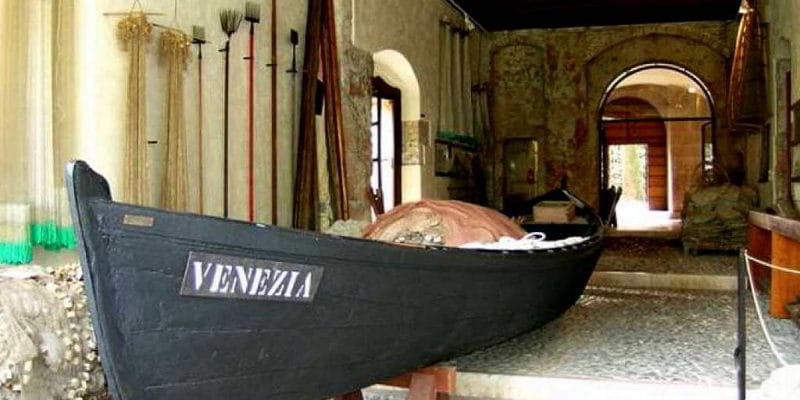 The room we are about to visit is the first one in Italy dedicated to inland fishing and is divided into various sections. Above, as soon as we enter, we see a sparavér – the ice – a ‘throwing’ net no longer in use for several decades.

On the right, then, we find the section concerning the salmonid peach (carpioni and whitefish). Along the wall there are cotton and nylon nets, leaflets. 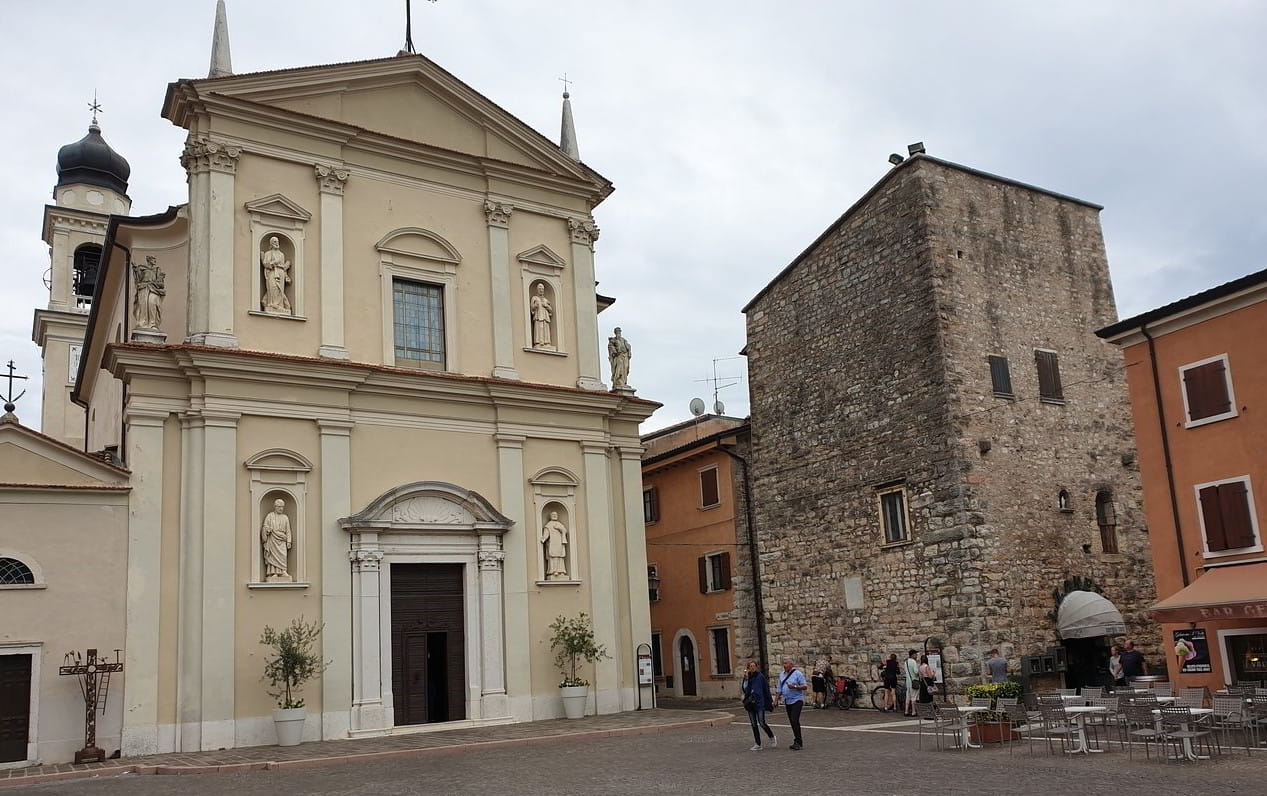 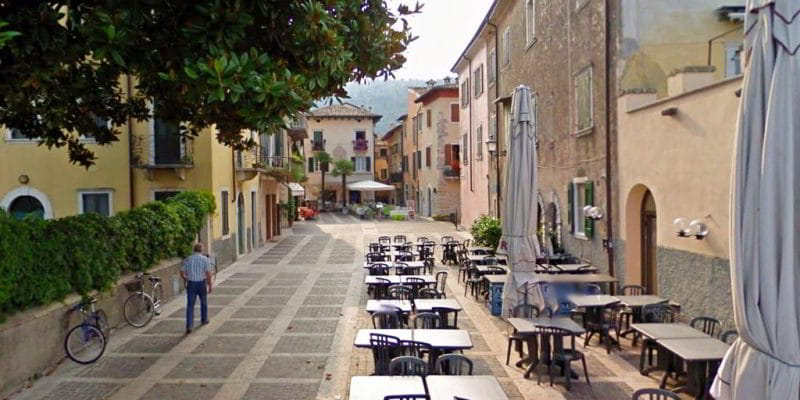 The historic center of Torri del Benaco extends around the port, which in turn is surrounded by olive groves. At the beginning of the arcades, a monument commemorates Domizio Calderini, from whom the central square takes its name.

The scholar was known for his translations of Latin poetry. Nearby there is also the Oratory of the Holy Trinity which once belonged to the palace, decorated with 14th century frescoes from the Giotto school. 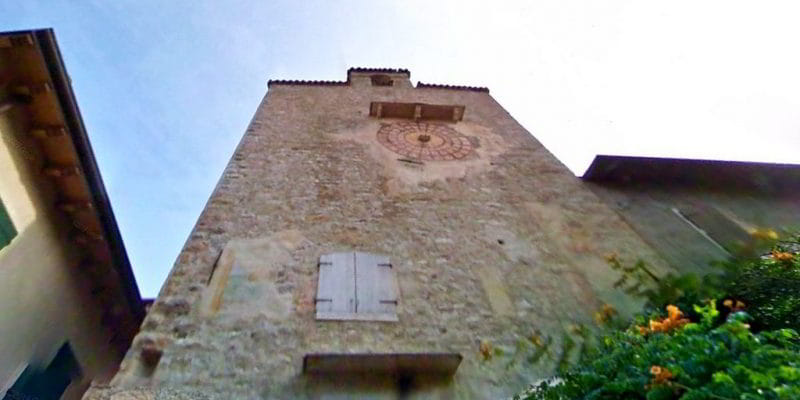 Torre dell’Orologio was used from the 16th century for the meetings of the Council of Twenty-four, the administrative body of the “Vicinia”, which met inside at the sound of the bell of the tower. Over the centuries the tower has undergone some renovations, the first of which in 1531, a second bell was added in 1552 and in 1561 the clock was added.

After the various renovations, a tower keeper was appointed to ring the bells and look after the building. In 1585 a fire broke out which destroyed the tower, but it was soon refurbished and put back into operation.

Towards the end of the 19th century the town hall was moved and the tower lost its importance even if used for other purposes, but the clock continued to keep the hours until the second half of the 1930s. A succession of sales began in the 1950s until 2000, when it was bought by a family from Carpi.