Zaragoza is the fifth largest city in Spain, and it is home to many monuments, museums, historic places, houses, and many churches. Zaragoza is the capital of Aragon in Spain. Below we will list the top things to see in Zaragoza in our opinion.

Zaragoza is known in the entire world as the home of the magnificent Roman Catholic Basilica Catedral of our Lady of the Pillar. Overlooking the Ebro River in the center of the city is the baroque Nuestra Senora del Pilar basilica.

This museum promotes a new modern art based in sculptures, as a contemporary creativity. All the works here, are created from aragonese artist Pablo Serrano, there are 140 sculptures and drawings of widely varying size.

All the visitors can see these interesting sculptures but even can enjoy the evolution of Serrano’s creativity and why not to understand his massage. The message of all this are man and roots.

The Catedral of San Salvador or La Seo de Zaragoza, is a roman catholic cathedral in Zaragoza, Spain. It is part of the World Heritage Site Mudejar Architecture of Aragon.

3. Baroque church of the Virgin del Pilar (That’s one of top things to see in Zaragoza)

This is a baroque church, and was considered as a jewel of baroque art. According to an ancient tradition, the basilica was built in the same place where the Virgin appeared to the apostle Santiago. Around the column or “Pillar”on which the Virgin leaned the first chapel was erected in her honor.

If you want to see one the most beautiful view of Zaragoza, you have to go up to the viewpoint of the Torre del Pilar. It is a glass elevator will lift you 62 meters high in twenty seconds and you will enjoy the spectacular panoramic view of the Ebro river. For to many reasons we suggest to visit Baroque church of the Virgin del Pilar because is one of the top things to see in Zaragoza.

This impressive fortress with wide walls and solid towers, hides a fantastic history. It is considered one of the peaks of Hispano Muslim art, and it is the most northern Islamic palace in Europe, as well as being the most luxurious from the Taifa period. His Mudejar art is declared a World Heritage Site by UNESCO in 2001. It is accessed through a door with a horseshoe arch, inspired by the Mezquita of Cordoba. 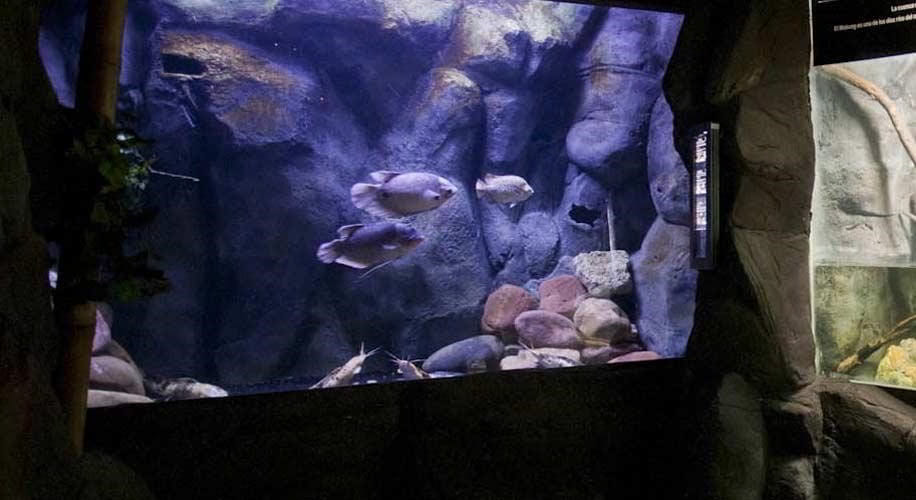 The Aquarium of Zaragoza is considered one of the most largest aquarium in Europe. You can explore the underwater worlds of the Nile, the Amazon, the Ebro, and the Murray Darling rivers. It offers more than 500 animals from 350 species, including Amazon- dwelling arapaimas and endangered iridescent sharks.

The purpose of the aquarium is to educate, investigate by taking a journey through the natural aquatic wonders of the planet. There are many educational activities for children or young children, dramatized visitis, educational workshops. It also gives you the opportunity to spend a night or celebrate your birthday surrounded by fish. Aquarium of Zaragoza is one of the top things to see in Zaragoza a and you have to try this experience.

6. Basilica of Santa Engracia Church (That’s one of top things to see in Zaragoza) 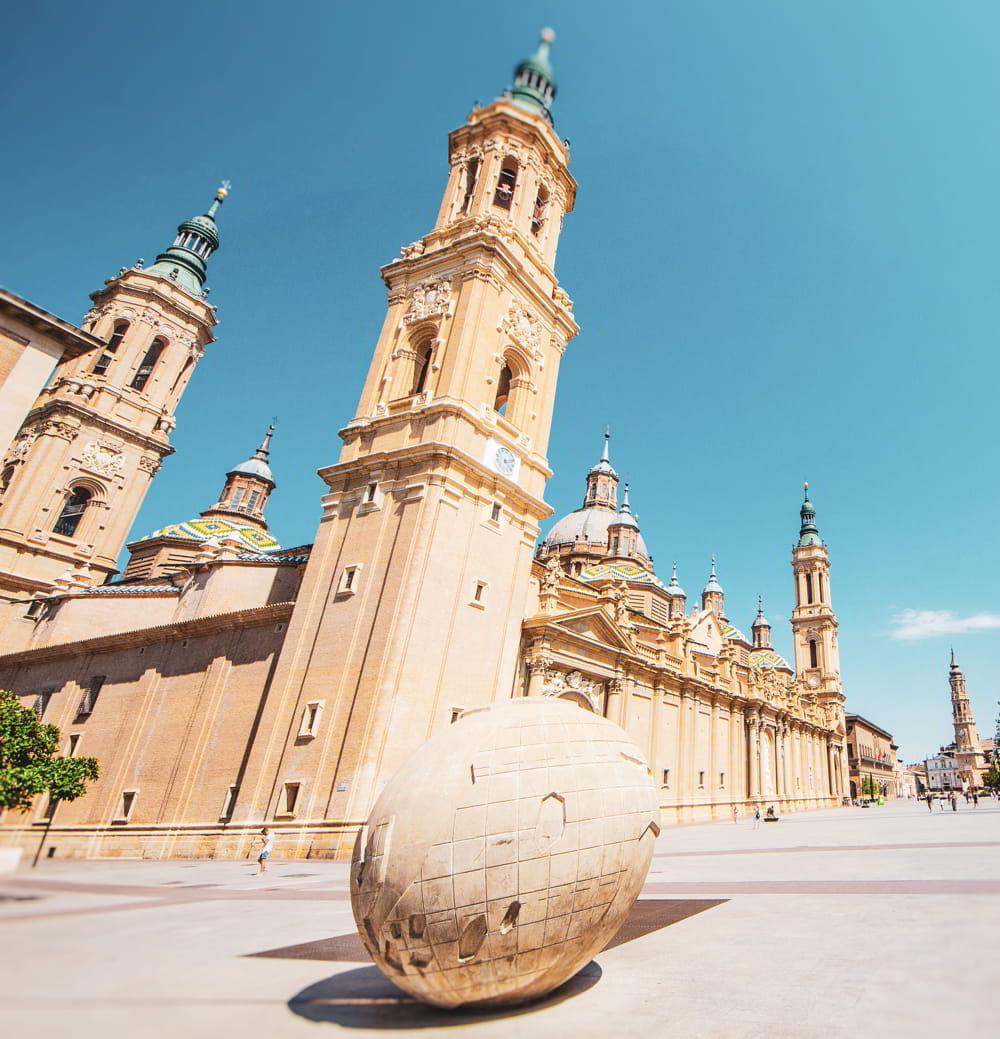 Next to Paseo Independdencia, at the back of the Neo-Mudejar post office building is the façade of the Church of Santa Engracia. The most beautiful thing is its exterior, it is renaissance fasade that was preserved from the old monastery and integrated into the current temple.

It is also worth seeing it with the night lighting, in addition to being in such a central place. It is very likely that you can pass there when the sun has already fallen. In conclusion Santa Engracia Churchi is one of the top things to see in Zaragoza. 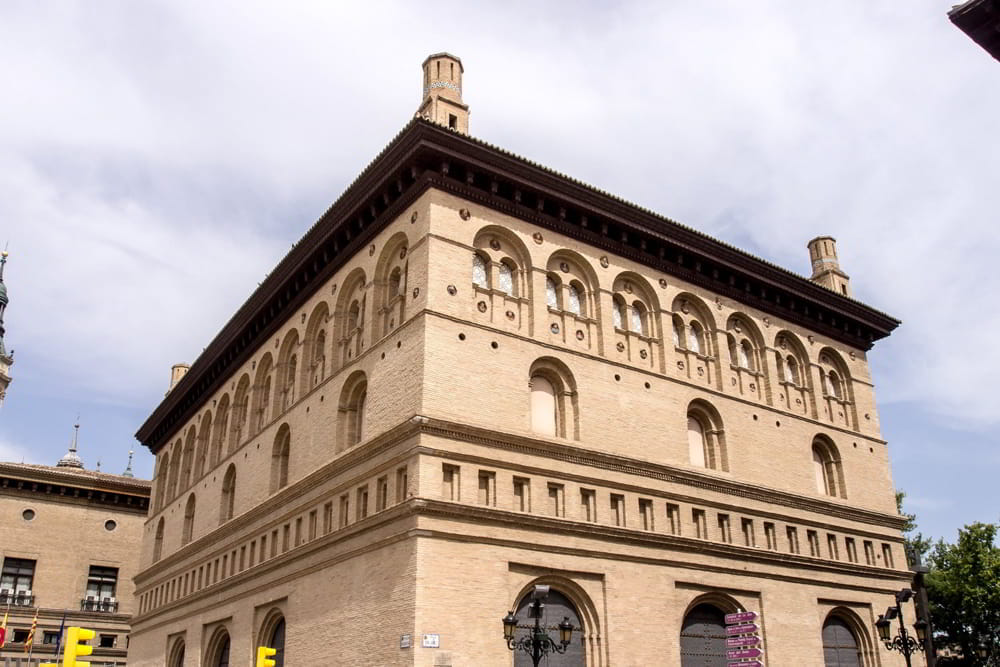 The Lonja de Zaragoza monument is located in Plaza del Pilar, between Zaragoza City Hall and Plaza la Seo. The Lonja de Zragoza was the firs Renaissance construction to be made in the city and one of the most important of the civil architecture of the Spanish Renaissance.

Its facades are inspired by Italian palaces, the Lonja de Zaragoza has a certain resemblance to the Medici Riccardi Palace in Florence.

The exterior structure of the Lonja de Zaragoza is made up of three false floors, highlighting the gallery of arches on the last level and wooden eaves.

The original project for the Lonja de Zaragoza included a central tower, an idea that was finally rejected due to the technical problems posed by its structure.

Goya Museum of Zaragoza, opened its doors in 2015, although its origins date bacj to 1979, when the Aragonese Jose Camon Aznar inagureted the museum that bore his name. The museum Camon Aznar had works of his private collection and even works including painting by Goya.

It is the only Goya Museum in the world that has in its permanent collection all the complete series of the painter. All these is considered as a jewel that he has left us, considered as the creator of the contemporary paintings and a forerunner of avant garde. 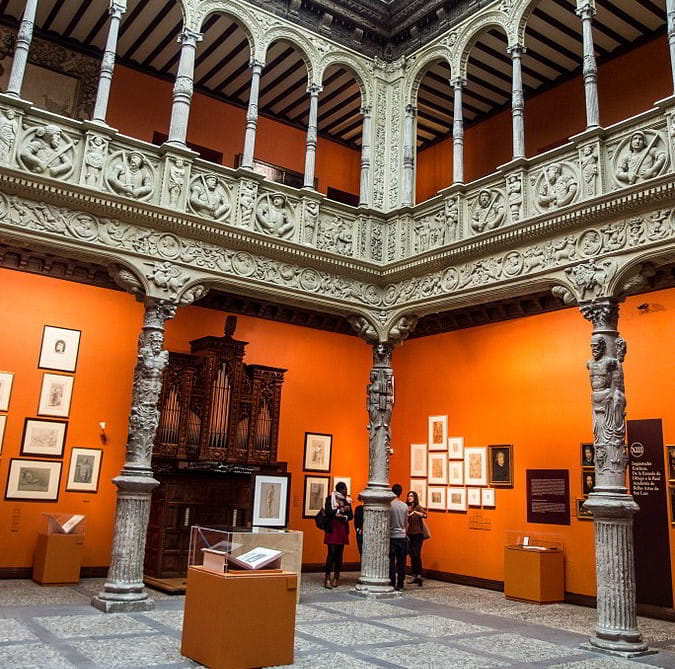 The Patio de la Infanta, I one of the most beautiful and interesting thing to see in about Aragonese Renaissance. It is located inside the Ibercaja headquarters in Plaza Paraiso, next to the Old Paraninfo of the University, in the financial center of Zaragoza.

Acces to the site of the monument is through the entrance on Calle Ignacio de Loyola 16. The Patio de la Infanta enclosure is made up of two spaces, one that corresponds to the monument itself and the other to a room for temporary exhibitions.

Top things to see in Zaragoza

Things to do in Girona Spain