SpainCantabriaThings to do in Noja Spain

Things to do in Noja Spain

Noja is located in Cantabria Region on the coast very close to Santander and Bilbao. In this article we are listing best things to do in Noja Spain. This place is very quiet during the year and when summer comes, people from all over Spain go there to spend the summer.

A mild climate and even some rain, which attract citizens from within to escape the heat. It has two beaches of Ris and Trengandin. In the following article we are listing best things to do in Noja Spain. 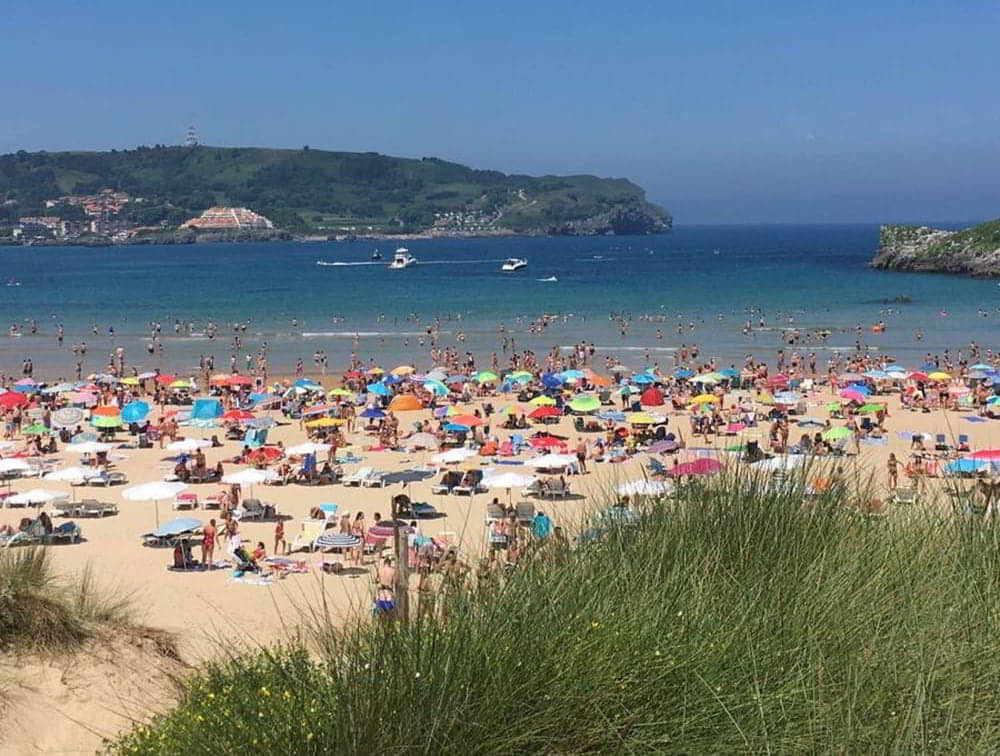 It is located in the Cantabrian street, halfway between Santander and Bilbao. Easy handling, and clean, with its 4km long and fine sand. A peaceful place and a perfect beach to walk and relax. Noja Beach is a beautiful stretch of coast with desert-like white sand. 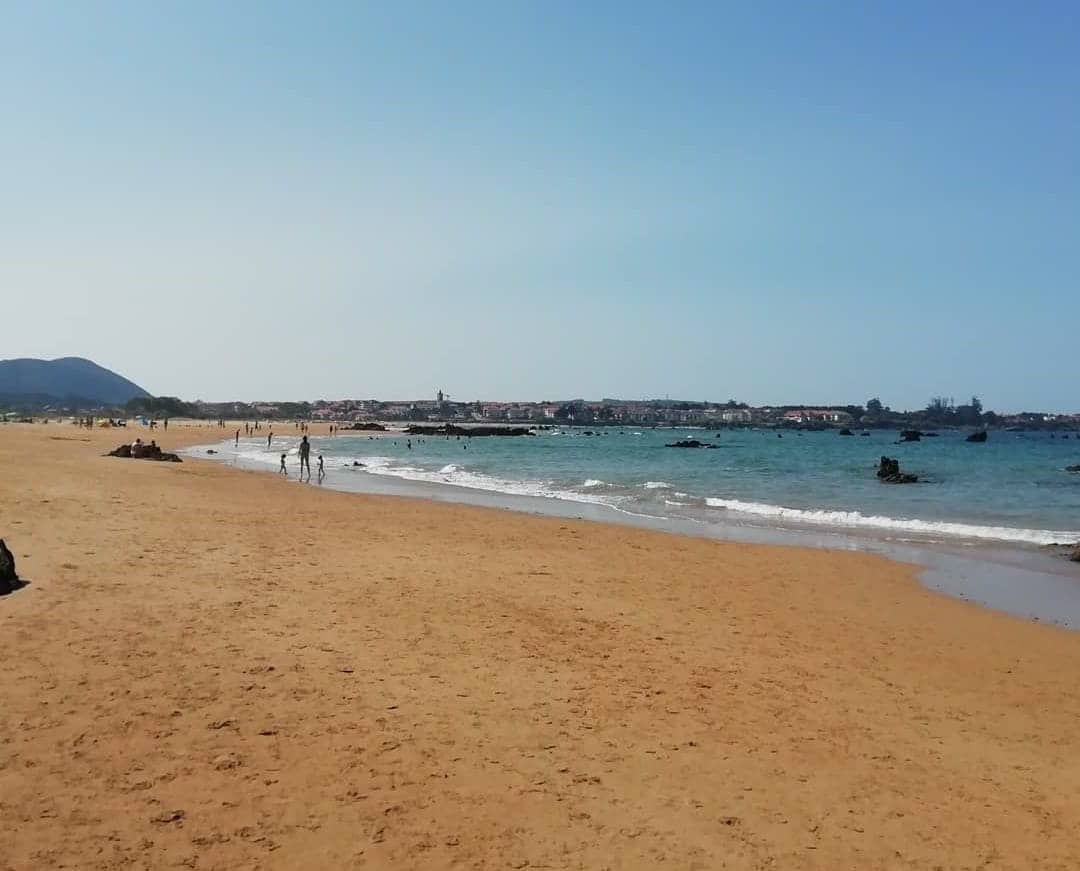 Trengandín Beach, in Noja is an immense beach, oriented to the northwest, it is one of the quietest in Cantabria, it has the BLUE FLAG and due to its size it is very quiet.

The sand on Trengandin beach is fine and golden and its waters are crystal clear
It has the advantage of being located next to the Santoña Marshes. To many reasons to visit Tregandin Beach because is one of the best things to do in Noja Spain.

The set of marshes in which the Trengandín beach is located, constitutes the most important peninsular wet zone in the north of the peninsula, being one of the most frequented migratory routes of birds in Europe.

3.Ris Beach (One of best things to do in Noja)

Playa de Ris is also well known and its landscape dotted with islets create an image that makes it worth visiting.

For example, the breakwaters and the fine sand and a gentle golden color, show the perfect atmosphere.

It has its parking, showers and lifeguards, so we will not miss anything. It is a wonder that we have to approach, the Ris beach is 2.2 km long and 100 meters wide, to be able to find our place.

While that of Tregandín is somewhat higher with 3.7 kms and 200 meters. 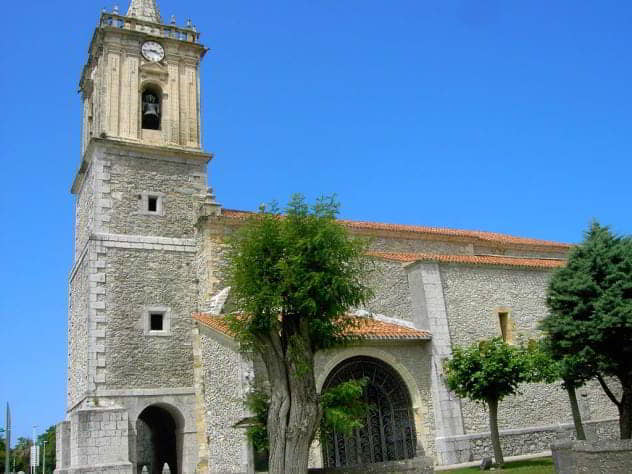 It meets its unmistakable profile in the town square, since the shape of the Gothic tower is what determines the urban profile of Noja as the highest point.

The tower is from the 17th century; and the church itself dates back to at least the 11th century and may even be older than a monastery.

We also see this relationship of the origins of the town due to its proximity to a monastery in Santillana del Mar.

The church is dedicated to San Pedro, who presides over the interior baroque altarpiece and is flanked by San Celedonio and San Emeterio.

The latter were two martyrs, sons of a Roman soldier, who were executed for not renouncing their faith. 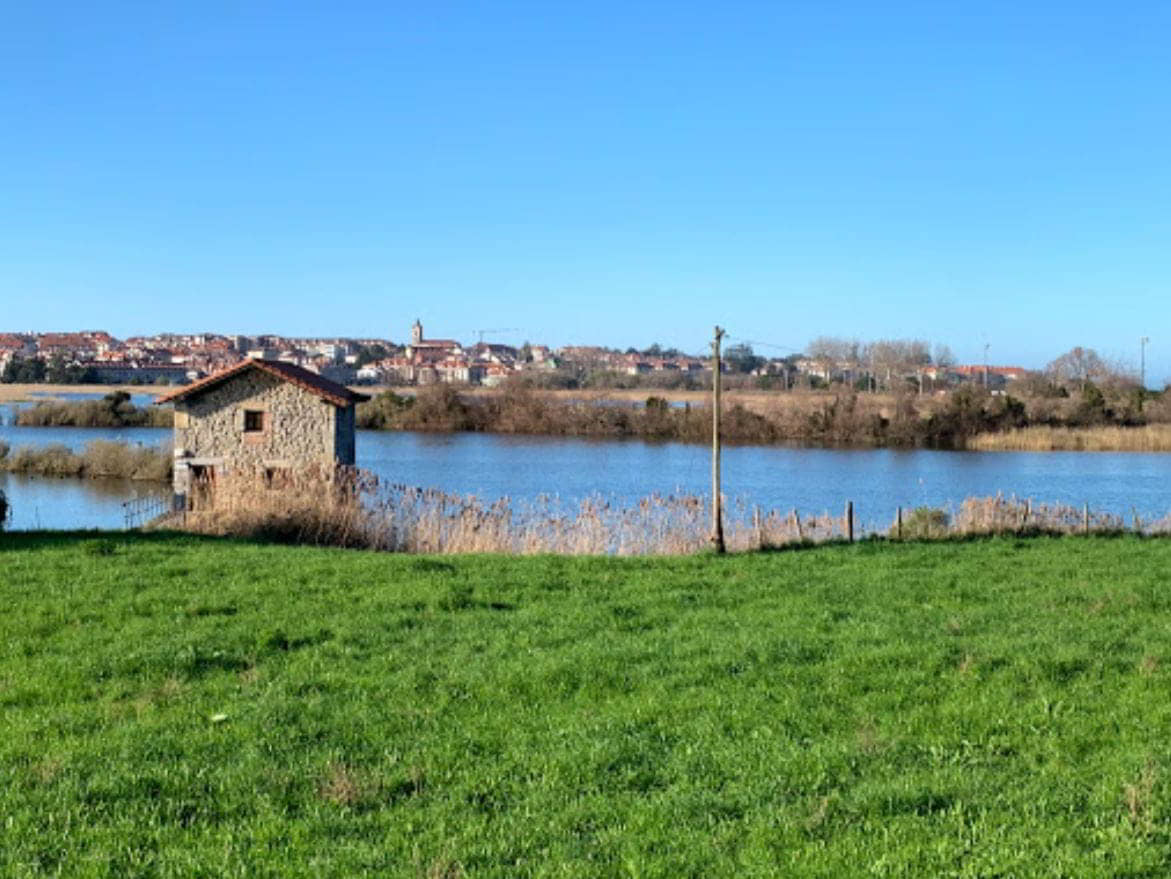 The Victoria Marsh Tidal Mill comprises the mill building and the dam in the marsh.

The council of Siete Villas began its construction in 1629. It has public access, which can be visited both from the outside and inside (check schedules). The “Bird Mill” has different and innovative resources inside.

From exhibition panels where you can learn what a wetland is, what routes to take through Noja, climate change or how many birds can be found in the marsh, to a training classroom.

A children’s space and the possibility of seeing unusual aspects of birds through through a system of cameras located in two nest boxes and a feeder outside the building, are some of the attractions of this new infrastructure of the town.

Before entering the urban area of ​​Noja we will find this manor House-Palace, located in the Cabanzo neighborhood.

Popularly known as the house of La Torre for its impressive tower, it is made up of three sections: chapel, tower and house.

It was built in the 17th century by Don Juan de Cilla, attorney general and probably the first mayor of Noja. 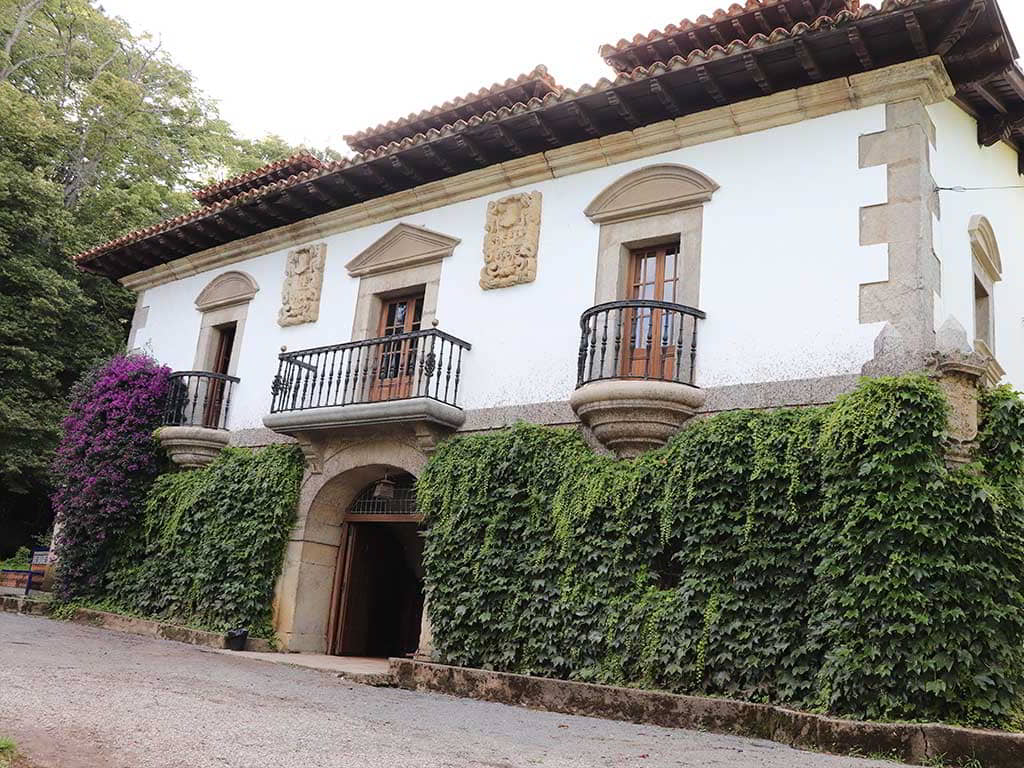 Entering Noja, specifically in the Cabanzo neighborhood, hidden among the trees is the solar house of Venero. Today Arnáiz house was built by Captain Francisco de Venero y Cabanzo.

Noja’s house has an evocative romantic garden and was acquired and restored by Don Eloy Arnáiz de Paz, author of several literary pieces, among which the book entitled “Del Hogar ancestral montañés” stands out, a wonderful collection of short stories.

In Venero’s house there are several shields. In the garden, that of his burned-out house in Santander, with Castillo and Cabrera’s weapons.

Also in the garden, a heraldic scroll with the motto “Casa de Venero, year 1693”. 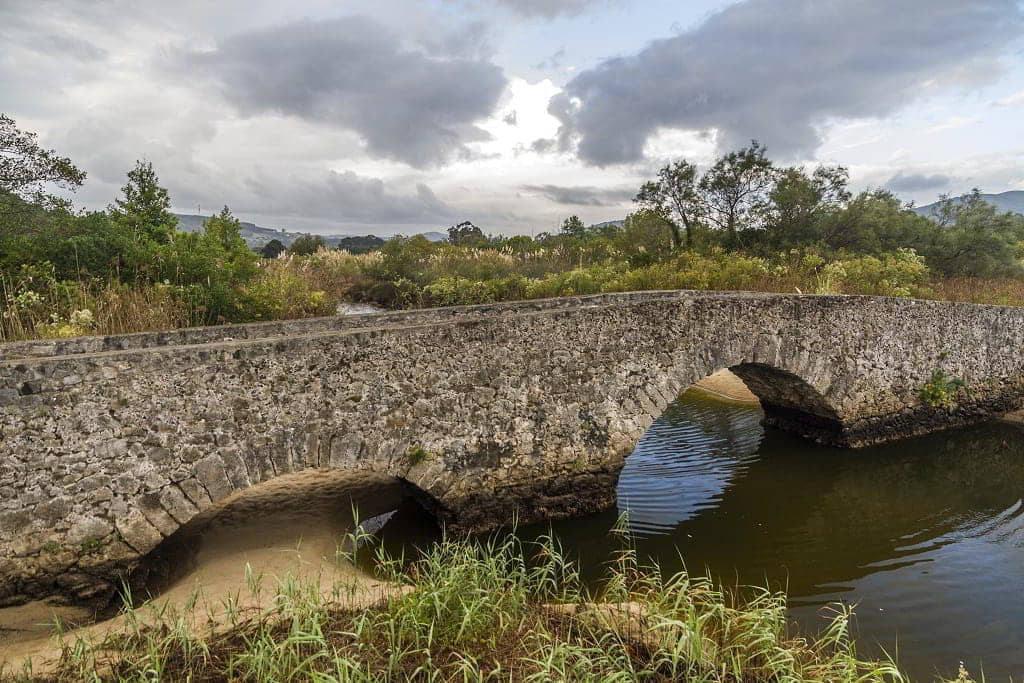 Going down towards Trengandín, on the way to the Helgueras neighborhood, crossing the waters of the Victoria Marsh, a medieval bridge is preserved intact.

Popularly known as “the Roman bridge”, with beautiful voussoirs, in a pointed arch, typical of the low-medieval period.

It is a Gothic construction, with five eyes, although at present only three can be seen, the central one and the lateral ones, since, due to the variation in the water level, the smallest of the extremes cannot be seen.

It is believed that it was a peony and cavalry overpass between Trengandín and Helgueras.
Presumably, barges with wheat and corn passed below him for milling at the two tidal mills that worked in the marsh.

9.Marismas De Joyel Noja (One of the best things to do in Noja) 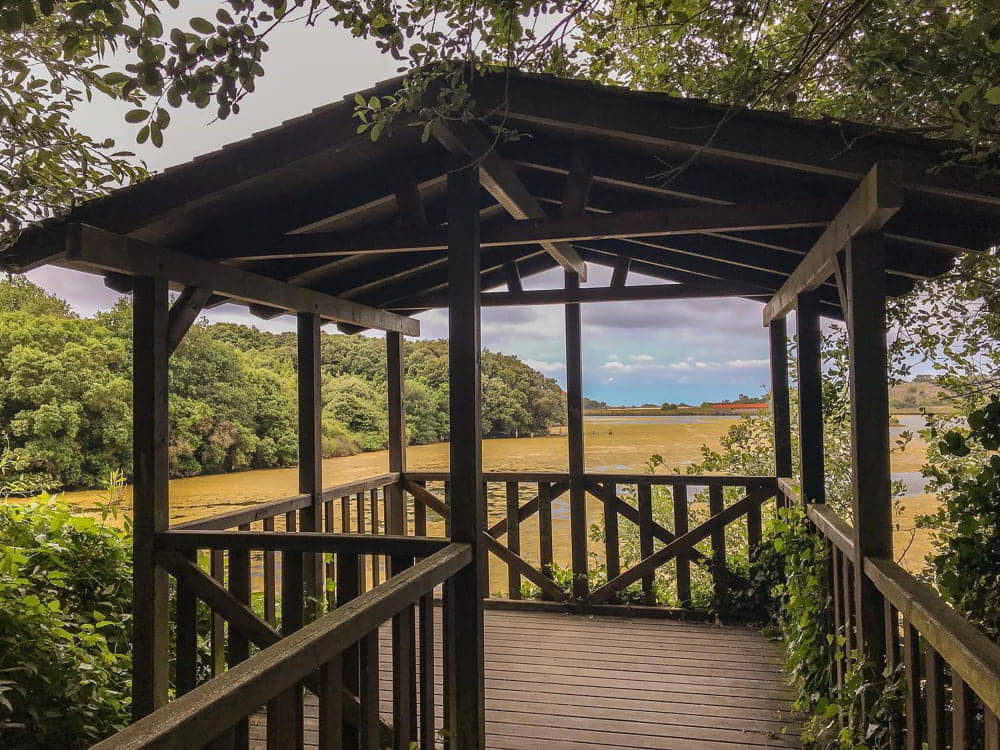 Considered by experts one of the eight best places in Spain to watch birds, the Noja marshes belonging to the Santoña, Victoria and Joyel Natural Park, have more than 20,000 birds of 120 different species, and are the migration site of many birds.

The Noja City Council, through its Tourist Competitiveness Plan, regularly organizes with the conservationist entity SEO / BirdLife, free and guided routes within the ‘DeSEO Discover’ program to get to know this enclave of Noje. They also have a bird observatory and a revitalization center located in an old tidal mill. 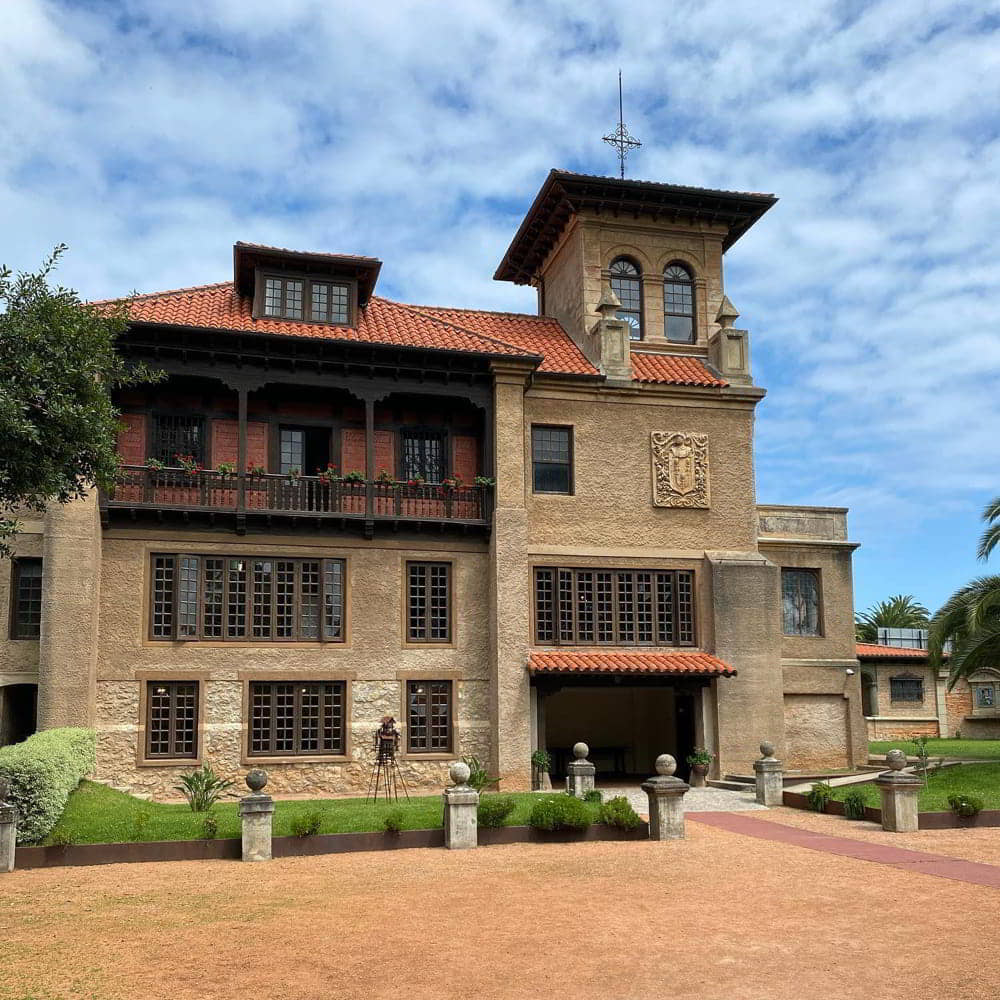 Declared a Site of Cultural Interest in 1992, it was built in 1916 in a Neo-Montan style.
It was the work of the architect Leonardo Rucabado made at the request of Obdulia Bonifaz, wife of the Marquis of Albaicín.

It has its origins in the 18th century Baroque palace, enlarged in the second half of the 19th century in an eclectic style.

It can be attributed to its greatest influence, the current known as the mountain style, one of whose main architects is Leonardo Rucabado, author in 1916 of the reform project of this house. We suggest to visit this place because is one of the best things to do in Noja Spain.