Tenerife is the largest island in the Canary Islands archipelago, also the most populated, the one that receives the most tourists throughout the year and the roof of Spain. In this post we are listing best beaches in Costa Adeje Tenerife.

In this article we are listing best beaches in Costa Adeje, Tenerife, Canary Islands, Spain. With the variety of microclimates of the archipelago , the fact that the day dawns cloudy does not mean anything, since the sun, whether in the north or in the south, is always present.

And the abundance of exotic black sand beaches , as well as postcard golden sands and wild beaches make Tenerife offer dips for all tastes.

Tenerife is the largest island in the Canary Islands archipelago in terms of size, with an area of 2034 square kilometers and a population of around 900 000 people. Part of Canary Islands are Grand Canaria, Lanzarote, Fuerteventura, La Gomera, La Palma, El Hierro, and La Graciosa. 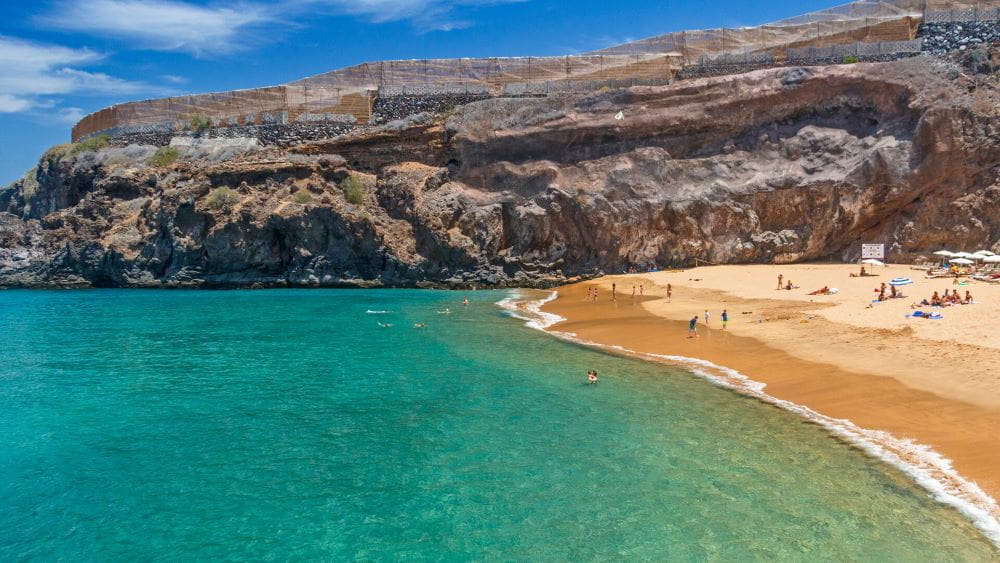 Blue flag for the cleanliness and quality of the sea, Playa de Las Vistas is a fabulous beach on the south coast of Tenerife. If you are in Costa Adeje we suggest to take a visit because De La Vistas is one of the best beaches in Costa Adeje Tenerife.

Although it is an artificial coastline next to the city, particularly popular during the high season, this place retains an extraordinary charm that can be felt from the first moment you decide to set foot on it. There is an unmistakable Spanish atmosphere in the air, making Las Vistas a popular destination for both locals and tourists. The beach stretches for about 1 kilometer and reaches a width of 120 meters in the widest areas. 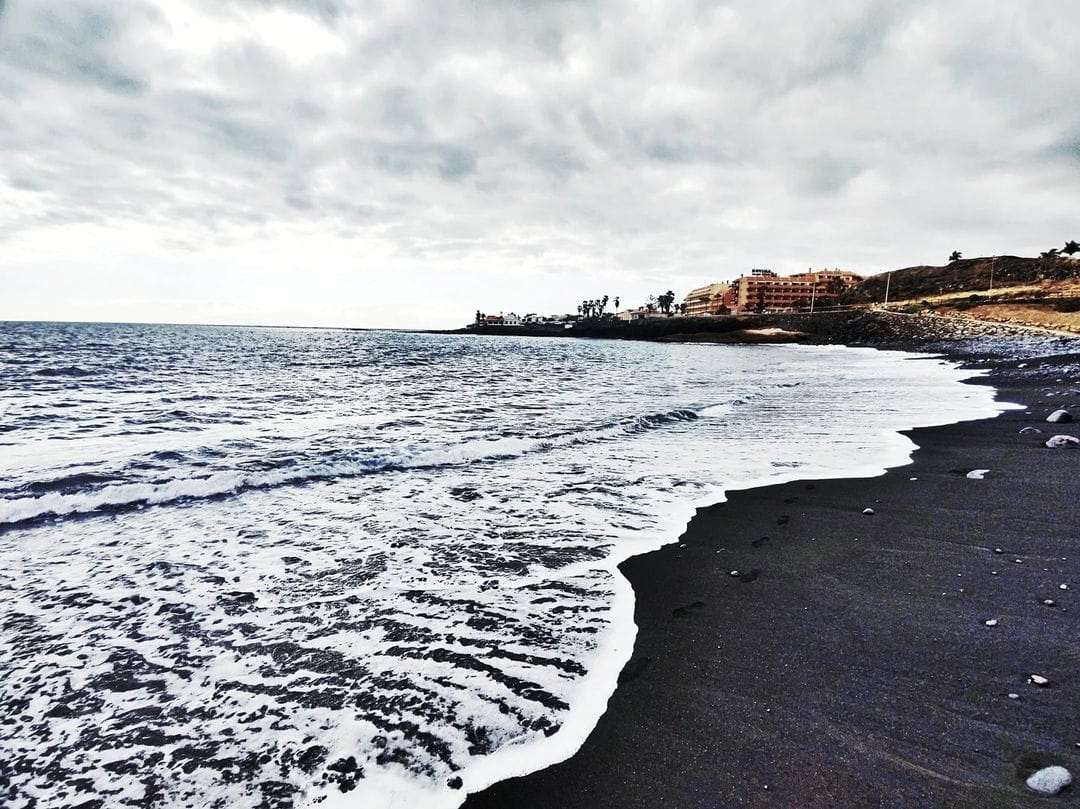 La Enramada Beach has been fitted out for the bathroom, taking advantage of its natural materials. Its current sand comes from crushed pebbles, which until recently covered its surface. The Costa Adeje promenade begins at this beach and continues along the entire coastline until it reaches Los Cristianos.

It also has the Church of San Sebastián in its surroundings, it has a length of approximately 9 kilometers. This section of the walk is very frequented by athletes and not-so-athletes, who take advantage of it to walk or run, breathing in the sea breeze.

Los Gigantes is located on the southwest coast of Tenerife and is only a short distance from another two-holiday resort Puerto de Santiago and Playa de la Arena.

It is generally acknowledged that the year-round climate in this region is among the best in the World.

Situated in the municipality of Santiago del Teide, Los Gigantes can be found just south of the famous “Acantilados de Los Gigantes”, and about 30 kilometers from Playa de Las Americas and Los Cristianos.

Abama Beach is a paradisiacal cove with golden sand and calm, turquoise sea in Guía de Isora, in the south of Tenerife, very close to one of the island’s most luxurious hotels.

The “chiringuito” (beach bar) sells drinks and snacks to make your day even more restful. A really pleasant atmosphere, fabulous for strolling and enjoying wonderful views. Of course that Abama Beach is one of the best beaches in Costa Adeje Tenerife Spain.

Playa de las Américas is the tourist capital of Tenerife. You will find that the beaches of Las Américas are among the most beautiful on the island. In addition, a very well developed infrastructure and a wide range of restaurants, water sports and entertainment awaits you here, which is unmatched.

Tourists from all over Europe come here, because in addition to a wide range of activities, you can count on a pleasant climate and many sunny days throughout the year.