Tenerife is the largest island in the Canary Islands archipelago, also the most populated, the one that receives the most tourists throughout the year and the roof of Spain. In this article we are listing best beaches near Santa Cruz De Tenerife, Canary Islands, Spain.

Tenerife is the largest island in the Canary Islands archipelago in terms of size, with an area of 2034 square kilometers and a population of around 900,000 people. 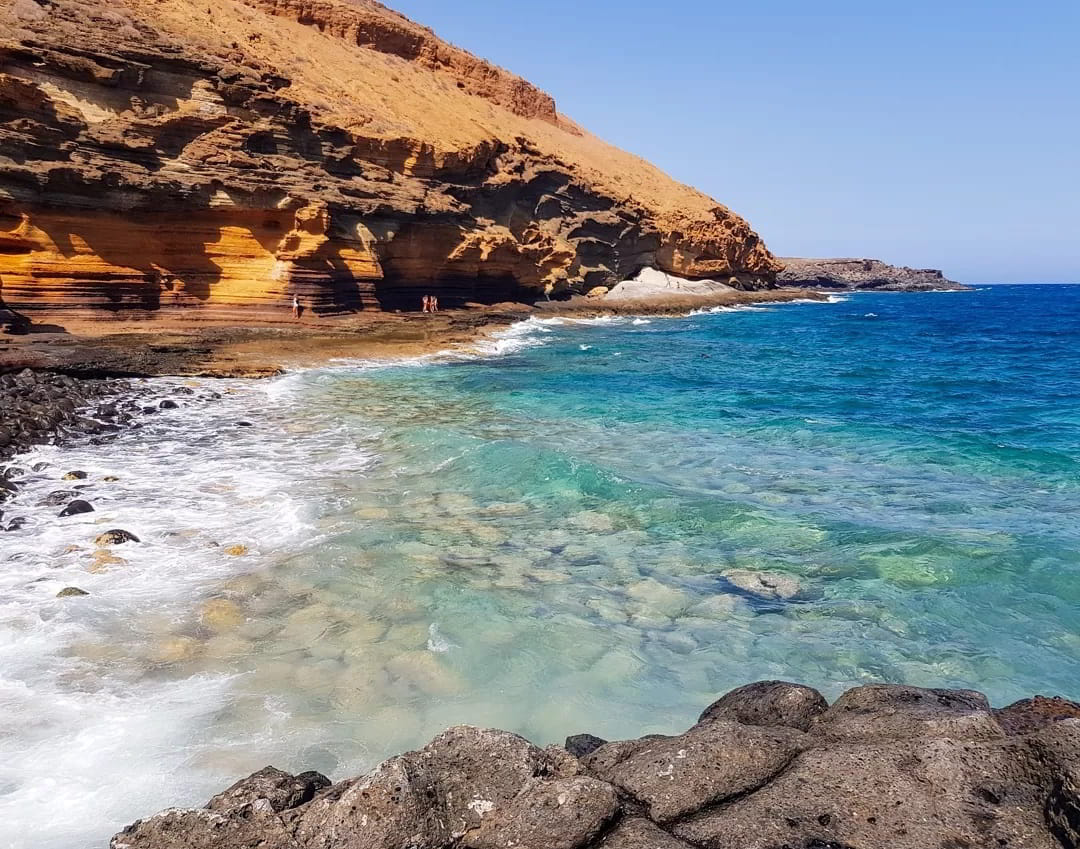 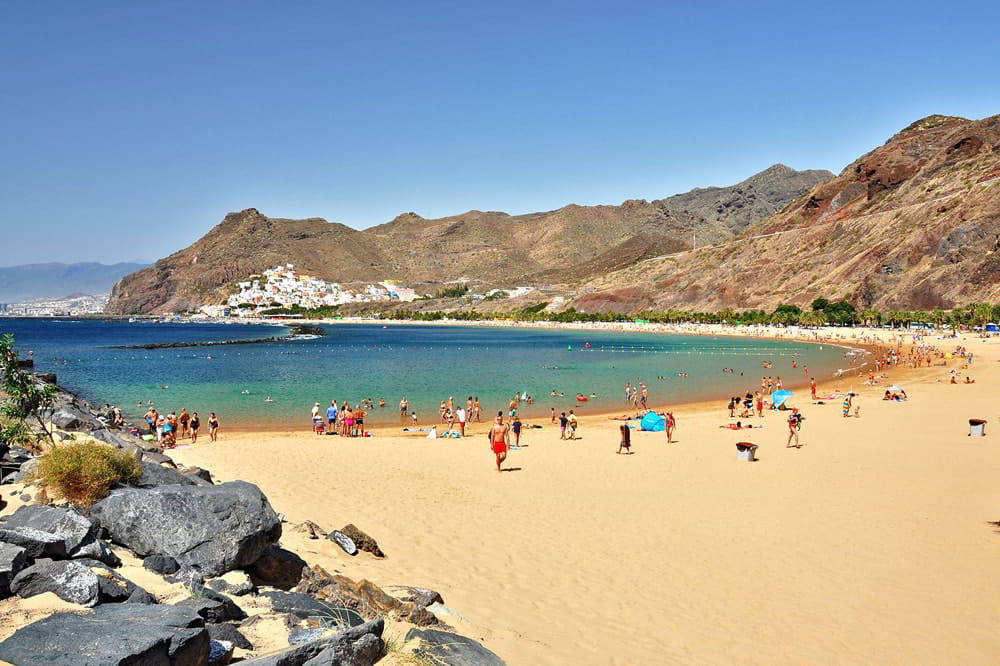 Set along the north eastern shore of the isle, within close proximity to its capital, Santa Cruz de Tenerife, this picture-postcard beach is one of the best beaches near Santa Cruz De Tenerife. It would be hard to find a more beautiful beach than man-made Playa de las Teresitas with its two-kilometre sweep of silky Saharan golden sand fanned by waving palm fronds and lapped by turquoise waters. 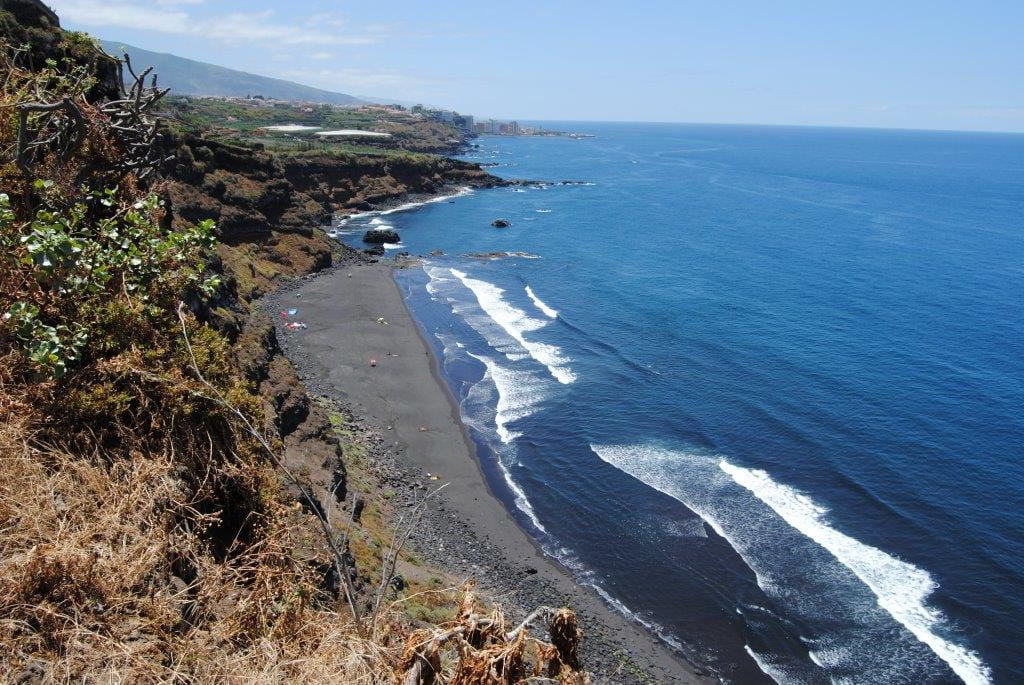 Not far from Playa del Ancón, in the Orotava valley in El Rincón, there is a beautiful rocky beach known as Playa Los Patos or Playa Martínez Alonso.

A little more secluded, Playa Los Patos is a nudist paradise almost completely isolated from the rest of the El Rincón beaches.

Come here if you are looking for calm, silence and peace. The black volcanic sand offers a glimpse of simply amazing scenery, where you can relax in the sun without worrying too much about the crowds of tourists from elsewhere.

In the tourist area of Puerto de la Cruz, in the north of the island, you will find Jardín Beach, one of the most famous beaches in the area.

Designed in the nineties by the renowned Canarian artist César Manrique, it is a black sand beach created to guarantee the visitor’s rest.

Access alone to the beach through the gardens of native flora, trails between stone walls and waterfalls, is a journey into a day of relaxation. Jardín Beach has all the services and magnificent views of Mount Teide. If you are in Tenerife we suggest to take a visit because that’s one of the best beaches near Santa Cruz De Tenerife.

The perfect place to feel at one with nature. The area has been classed as a protected nature area, so you won’t be able to get down to the beach by car, but there are parking spaces available by the Médano-Los Abrigos road, where several paths branch off and lead straight to the beach. It only takes a five-minute walk. 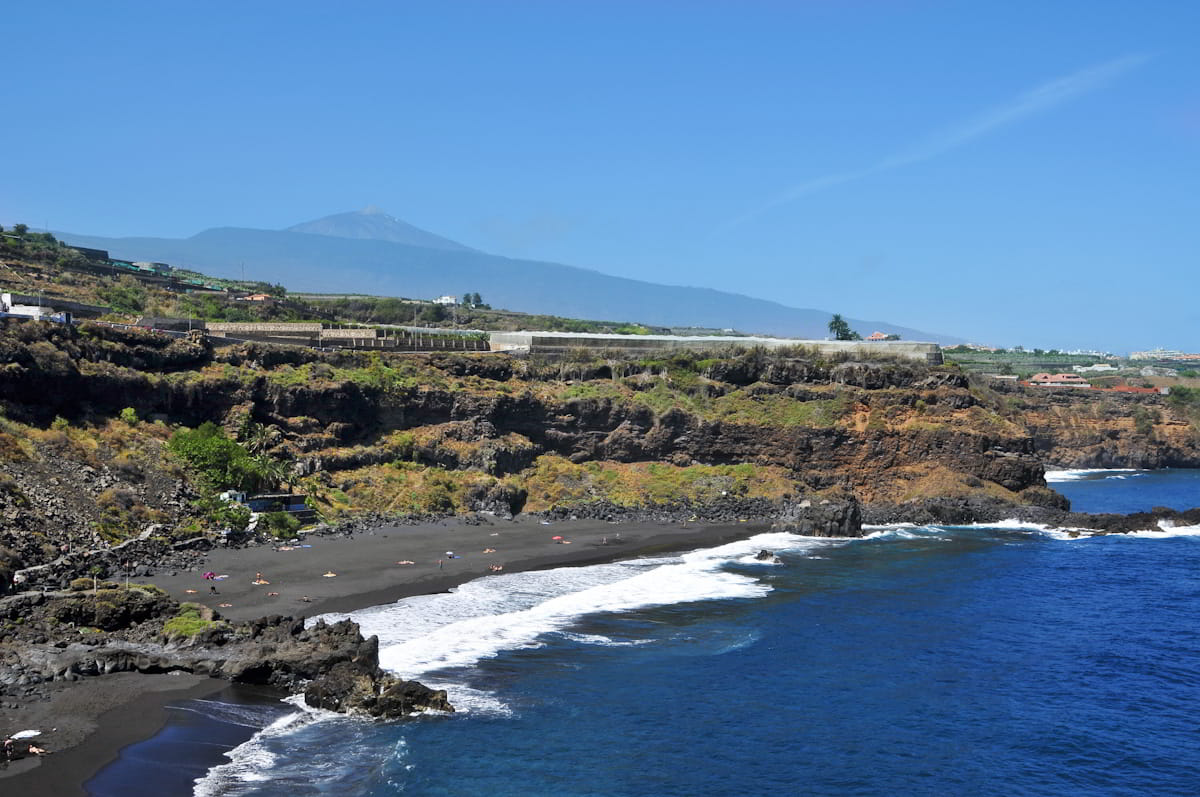 El Bolullo is the perfect beach to get away from the noisy bustle of the city and feel closer to nature. If you are keen to test your stamina against the waves and surf the crests, you will love the force of the sea here all year round.

But this also means care must be taken while swimming. Access to the beach is rather limited. You can come on foot from Puerto de la Cruz on a 45 minute walk, or from the El Bolullo restaurant (in the region of El Rincón) along a stepped path that takes just a few minutes. 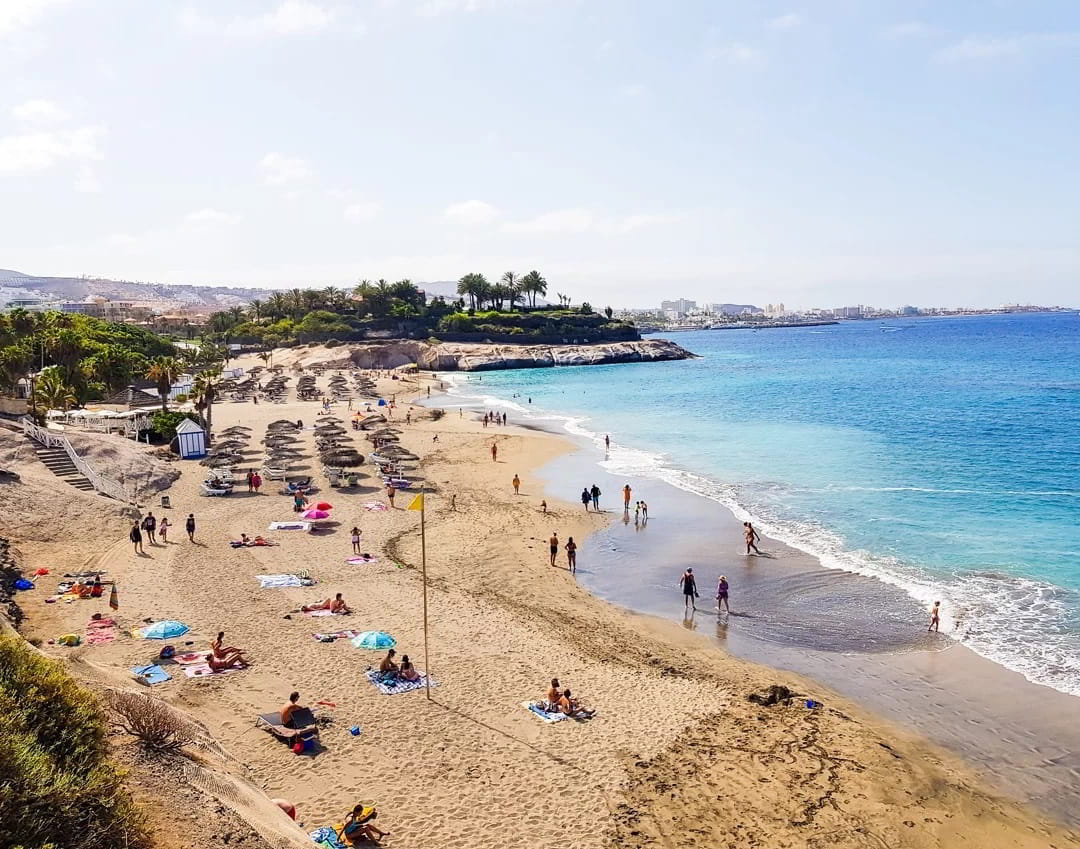 Playa del Duque is a newly built resort on the Costa Adeje and it is a well maintained, with easy access to all surrounding areas. It has a quieter and more reserved atmosphere than other resorts in Tenerife and is also very good for water sports. If you plan to visit Spain in summer you have to go some days visit this place because has one of the best beaches near Santa Cruz De Tenerife.

You can easily get into Playa de las Americas by bus when you want to sample the local nightlife. The majority of hotels, restaurants, bars, cafes and shopping centres are of a high class quality.