Places to visit in Kortrijk Belgium

In this article we have listed the most interesting places to visit in Kortrijk Belgium. Kortrijk is one of the oldest cities in Belgium. In Roman times it was called Cortoriacum, meaning “the settlement on the bend of the river”. For more travel articles about Belgium check this category and for all articles about Europe check this list.

This city steeped in history has undergone a huge metamorphosis in recent years. The industrial district of Courtraisis is one of the Flemish region which has experienced the strongest economic growth in recent decades. Below you will find some places to visit in Kortrijk Belgium.

1. The Belfry of Kortrijk

The Kortrijk belfry is nothing exceptional, but it is one of the 56 belfries in Belgium and northern France listed as UNESCO World Heritage Sites. Located on the Grand-Place in Kortrijk, the belfry was once part of the Cloth Halls. It can only be visited with a guide.

The iconic Broel towers in Kortrijk are worth a visit. The two sandstone and limestone towers have stood guard on either side of the Lys since the 14th century. Destroyed several times, but each time rebuilt, the Broel bridge (dating from 1385) is the link between the two buildings. This is one of places to visit in Kortrijk Belgium. 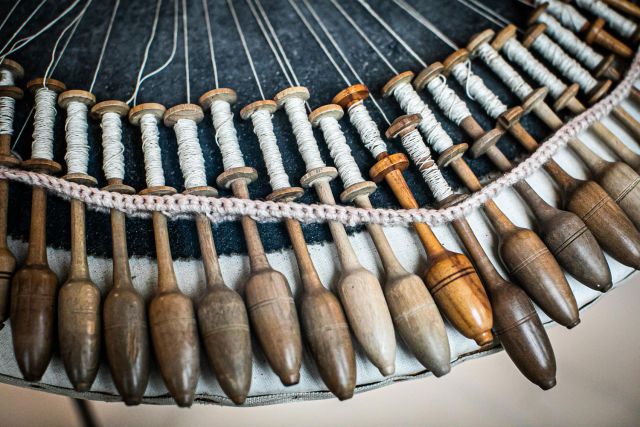 In 1982, the National Linen Museum opened its doors to the public. Six years later, a second wing was inaugurated to house the Lace and Linen Museum. The project for a new site was envisaged in 2009. The move took place in 2014. The establishment then adopted a new name: the Texture museum . The entire museum overlooks the Lys.

The Kortrijk beguinage has been a UNESCO World Heritage Site since 1998. Want to know more about the history of the beguinages? Visit the interactive interpretation center in the Sainte-Anne room (Sint-Annazaal). When visiting the beguinage, don’t forget to stop by the chapel of Saint Matthew.

On July 11, 1302, the Battle of Kortrijk, better known as the “Battle of the Golden Spurs”, raged. This name refers to the many “golden spurs” (knights) who lost their lives there. It took until 1838 for the name to become widespread. Recognition will come with the book “Le Lion des Flandres” by the writer Hendrik Conscience.

“Inspiring children and families to have fun together, DreamLand has been doing that for more than 40 years. What was once a toy store, has grown into a big store with a wide range: toys, outdoor toys, garden furniture, school supplies, multimedia, gaming, children’s rooms, books and comics, gift items and much more .”

Places to visit in Kortrijk

Places to visit in Charleroi Belgium

Places to visit in Mons Belgium

Places to visit in Namur Belgium

Places to visit in Rochefort Belgium