Places to visit in Bol (Brac Island) – Split Dalmatia Region in Croatia. The island located only 45 minutes by ferry from Split has a lot to offer. Brac contains an impressive history, beautiful buildings, interesting culture, and beaches.

Bol is a municipality located on the south side of the island and is known as the most famous tourist destination on the island. It consists of two villages – Bol and Murvica.

According to legend, the Trojan Antenor, after exile from Troy, comes to Brac with the sailor Elaf who founded the city of Elafusa.

If the road brings you to this place, here are a few interesting things you should know. Only in Bol can you find a house within a house. Lets explore top 6 best places to visit in Bol.

1. Zlatni Rad Beach (That’s one of the best places to visit in Bol)

Bol is the place which has one of the most visited beaches in the world.

Zlatni Rat is unique in its position because, like a tongue, it stretches vertically towards the shore, and the wind and sea currents move its top left and right, always making it different.

The pebble beach is over half a kilometer long and is forested in the middle. It is also known as a favorite windsurfing destination because of the favorable winds that always blow at the top of the Golden War.

Vidova gora on the island of Brač is the highest mountain in the Adriatic archipelago and one of the most beautiful lookouts on the Adriatic.

It has the shape of an elongated rocky ridge along the southern coast of Brač. The sides of that ridge are completely different.

The southern one collapses with rocks into the sea towards Bol, and the northern one descends gradually like a slightly sloping karst plateau about ten kilometers wide. 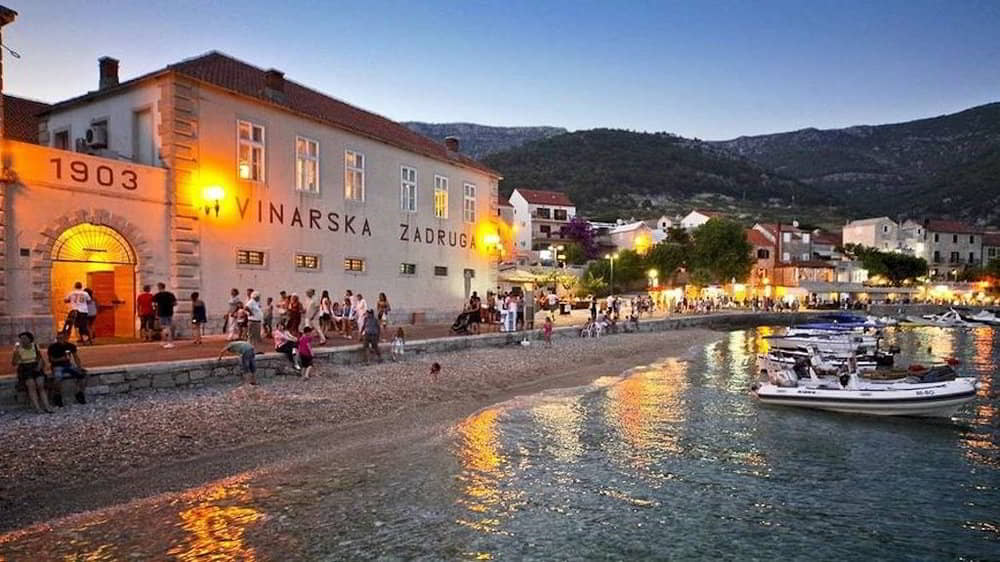 Stina Winery, one of the best places to visit in Bol. Under the auspices of Stina, drawing on its inspiration, but also the inspiration of the island itself, new labels have been created that testify to tradition, but also to the modern approach in creating a top drop.

God forbid, for the pleasure and to awaken hope to everyone who tastes them, Brac Wines were created: Bogondon, Godiment and Noda. 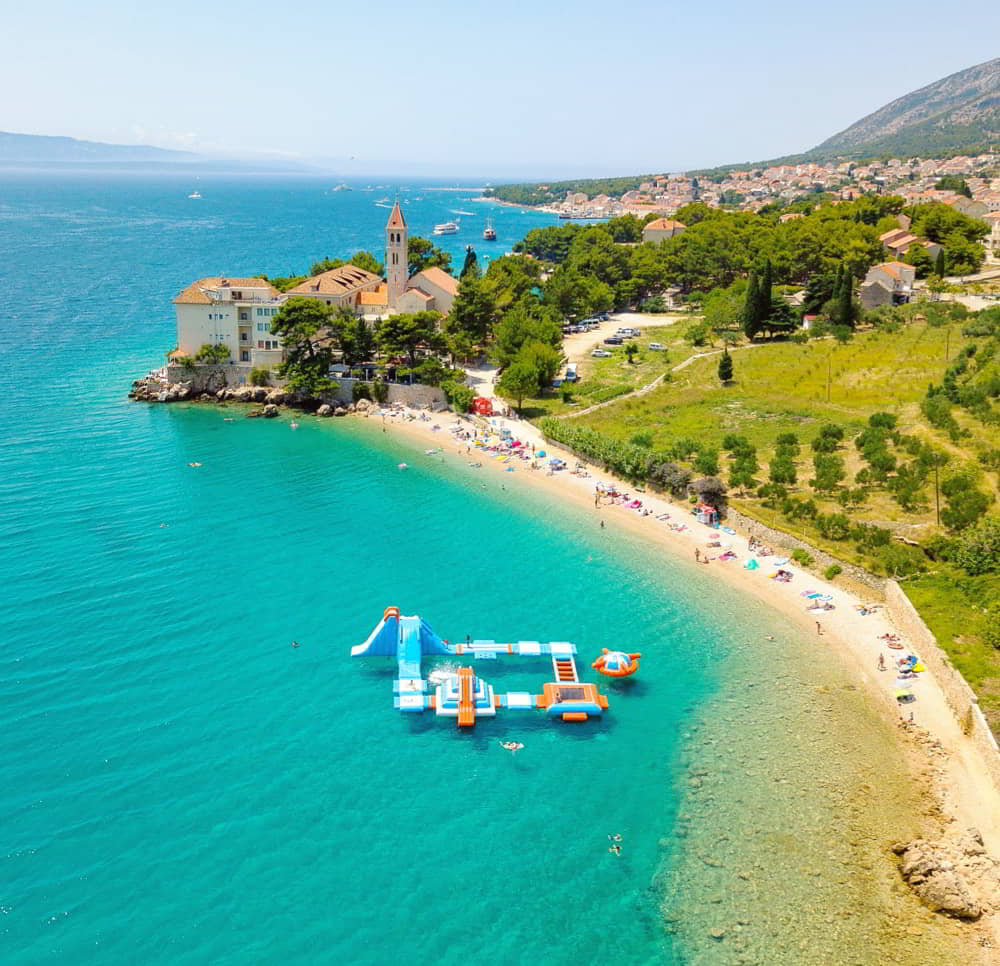 Martinique is a quiet home beach, popular with locals who come here for swimming and sunbathing, walking along the coast, taking spectacular pictures in the background of the sea landscape.

On the shores of a beautiful bay in Bol near the city center there is a beach, which can be reached by bike or car. Of course that Martinica beach is one of the best places to visit in Bol.

Kotlina Beach is located in Bol (Riviera Brač). This beach belongs to category: Pebble`
Going in the sea a few meters, you will still be able o stand. Guests appreciate the trees and shrubs that give the panorama an idyllic touch as well as providing shade.

6. Dominican monastery (That’s one of the best places to visit in Bol) 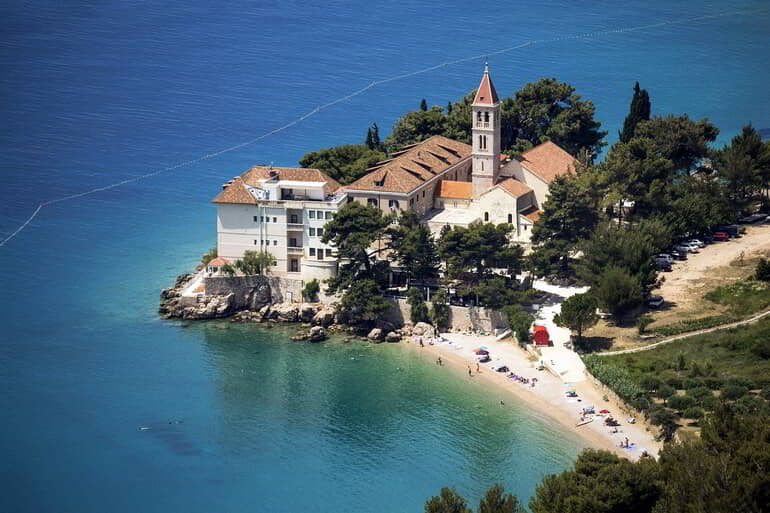 In 1475 a Dominican monastery was built at the eastern end of the town, on Glavica Hill, which has played a particularly important role in the spiritual and cultural development of Bol for centuries.