SpainNavarrePlaces to see in Pamplona, Spain

Places to see in Pamplona, Spain

Pamplona is known for its good food, traditions, events, culture, and activities that pack the calendar all year round. In this article, we are exploring the top places to see in Pamplona. If you have no choice but to organize your trip at a particular time of the year, you’re always in the right place. Pamplona is the capital of the Autonomous Community of Navarre, Spain.

In Pamplona, ​​as in any small old town, the best option is to wander aimlessly, getting lost among alleys, squares, churches, and palaces, both Baroque, Renaissance or Modernist. If you visit Pamplona you have to have a walk in old town because is one of the best places to see in Pamplona.

At this leisurely pace, due to the beauty of an old town with a medieval layout, we must add the dead times to comply with the sacred tradition of wines and pintxos that is established in the north of Spain, and of course, in Pamplona it was to be less. I have to say that something similar happens in Pamplona, ​​although on a smaller scale. 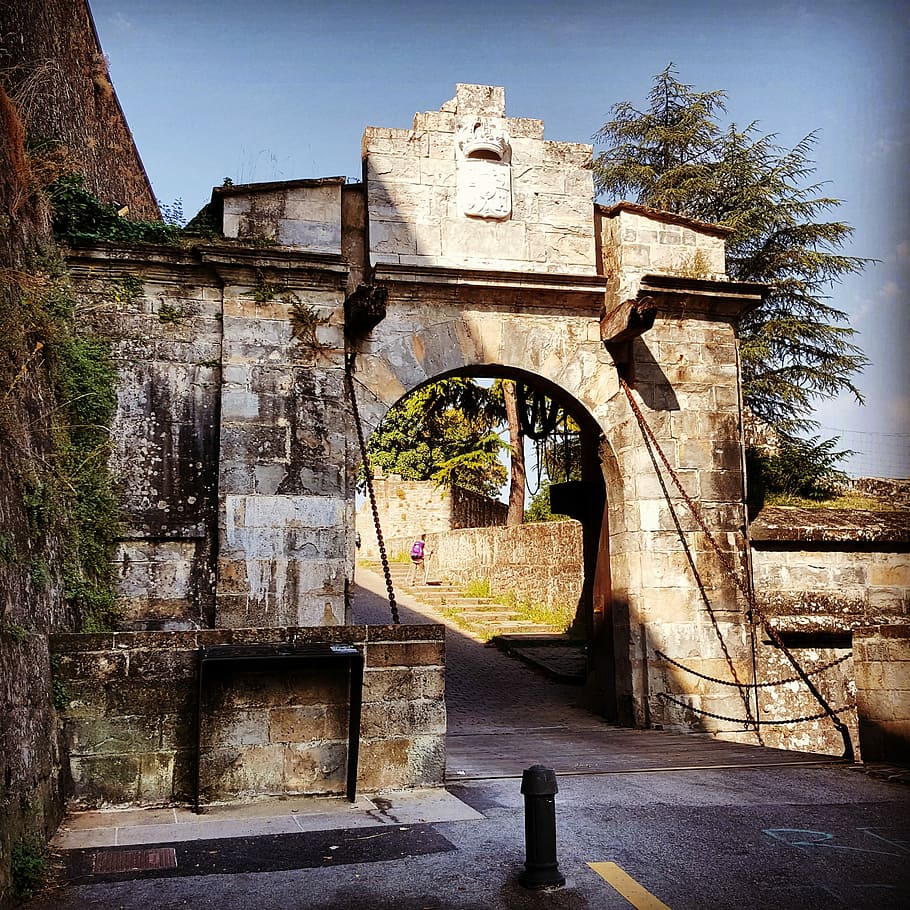 From the Caballo Blanco viewpoint, you can walk the 5 km of the wall that is enabled, with extraordinary views of the Agra River and Mount Ezcaba. But first, we want you to look at the torture pillory that is still preserved in this square. Each of the medieval towns had its own, as well as exclusive walls that protected them. It was not until the unification promulgated by Carlos III that they happened to share a single wall.

During the tour of the wall – from the 16th century – you will pass important buildings such as the Royal Palace or the Museum of Navarra, or what is considered the gateway to the city, the mythical and authentic Portal de Francia – also known as Portal of Zumalacárregui. Through it the pilgrims who made the French Way agreed – and still do.

When we gave a brushstroke about the history of Pamplona, ​​we commented on the constant attacks to which the city has been subjected throughout the centuries.

It is for this reason that it was decided to build the Citadel – between the 16th and 17th centuries -, being declared, a posteriori, a National Historic-Artistic Monument.

And, without a doubt, next to the wall, it is one of the most impressive bastions to see not only in Pamplona ​​but in Spain.

The Citadel is an example of military architecture and claims to be the oldest standing pentagonal citadel in the world. Throughout history it has been considered almost impregnable, being assaulted only once.

If I could only choose one place to see in Pamplona, ​​this would be the Plaza Consistorial and its town hall. Surely the first words that emotion will allow you to stammer will be: “Well … on TV it seems bigger.”

This curious perception has an explanation: due to the number of people who gather here every July 6 to witness the chupinazo .

A rocket launched from the balcony of the town hall at 12 noon to announce the start of the San Fermín festivities. About twelve thousand people, our head draws and imagines a square larger than the real ones.

As we have already mentioned, the town hall was built in an equidistant space between the three boroughs after their unification.

Although for outsiders the Plaza Consistorial completely eclipse the Plaza del Castillo, in reality this larger square is the heart of the city.

And also through which all of Pamplona strolls in their day-to-day life. The Castle Square has had great importance throughout history.

It has housed two castles, hence its name; and it has served as the headquarters of markets, bullring, demonstrations, celebrations. In this square stands the statue of Carlos III the Noble, who was a person of extreme importance for Pamplona.

In the Plaza del Castillo you find this historic café since 1888. It was the first establishment with electric light in Pamplona.

This meeting place for all locals and visitors also served as inspiration for the Pulitzer Prize Winner and Nobel Prize Winner for Literature Ernest Hemingway.

Not surprisingly, next to the café is “El Rincón de Hemingway”, with photographs of the time and a life-size statue of Hemingway. We suggest to drink a coffe in Iruna because is one of the best places to see in Pamplona.

Each of the boroughs into which the city of Pamplona was divided had its own church. Which served as a defensive fortification against the disputes that were fought between residents of the different medieval cities.

This is the case of the churches of San Saturnino (or San Cernin) and San Nicolás, fortified churches with high stone towers and powerful walls.

In the church of San Santurnino – the patron saint of Pamplona, ​​although we would all have mistakenly bet that it was San Fermín – the Clock Tower stands out, with “the gallico de San Cernin” crowning it, an emblem of Pamplona. This clock is in charge of announcing the start of the running of the bulls every morning during Sanfermines. If you like churches we suggest to visit and learn history because is one of the best places to see in Pamplona.

That Pamplona is of great importance on the Camino de Santiago has been present in previous lines.  Well, the bridge through which pilgrims have entered the city for centuries is the Puente de la Magdalena – from the 12th century – Declared a Historic Artistic Monument in 1939, it is one of the four medieval bridges that cross the Arga River, being the second oldest in all of Navarra.

On one side of the bridge we find a cross with an image of Santiago, a gift that the city of Santiago de Compostela made to Navarra.

But the pilgrims are not the only ones who cross this bridge, every January 5 the beloved three Wise Men from the East pass through here.