On the Nuremberg main market, in the heart of the city, Germany’s most famous Christmas market, the Nuremberg Christkindlesmarkt, enchants its large and small visitors every year. As always on the Friday before the first Advent. Nuremberg Christmas Market will open “his” market on Friday, November 27th, 2020 from the gallery of the Frauenkirche with the solemn prologue. 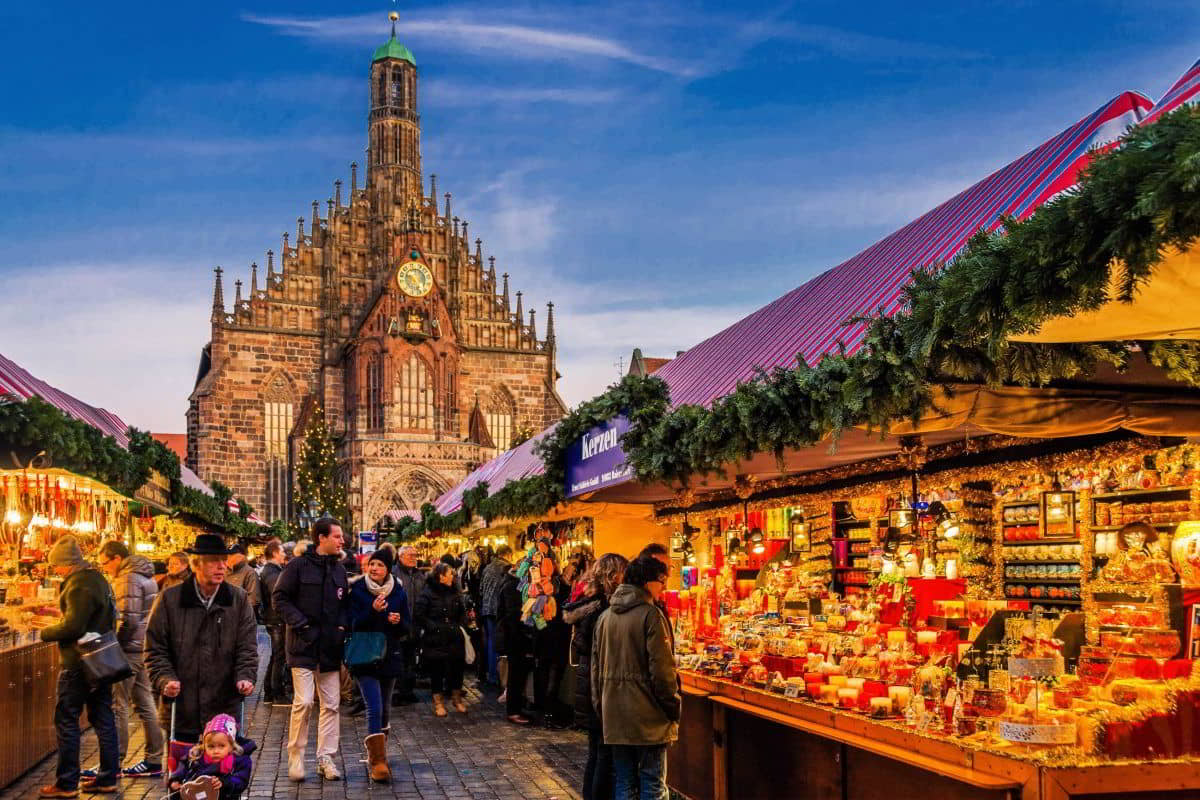 Many guests from all over the world are expected again until Christmas Eve. Last year the Christkindlesmarkt drew around 2.3 million visitors – proof of the uninterrupted attractiveness of the travel destination. For the people of Nuremberg, too, a walk through the booth town is part of the Advent experience – especially on weekdays and on the mornings of Christmas Eve.

More than 180 wooden stalls with red and white fabric roofs, lovingly furnished and decorated by the market traders, are on the main market during Advent and give the Christkindlesmarkt the nickname “little town made of wood and cloth”. The more than 200 dealers present a deliberately traditional range of goods:

Nuremberg gingerbread, fruit bread, baked goods and confectionery, typical Christmas items such as Rauschgoldengel, nativity scenes, Christmas tree decorations as well as candles, toys and handicrafts. Popular mementos or souvenirs from the Christmas market are the “Nuremberg plum men”, figures made from dried plums. The famous Nuremberg sausages and mulled wine should of course not be missing for refreshment during the market stroll.

The employees of the market office keep a critical eye on the stalls and the goods on offer. They check lighting and decoration, among other things. Fir garlands made of plastic are just as taboo as continuous sprinkling of Christmas music from the tape or rides on the market. But it is not just the city’s specifications that give the Christkindlesmarkt its special flair. 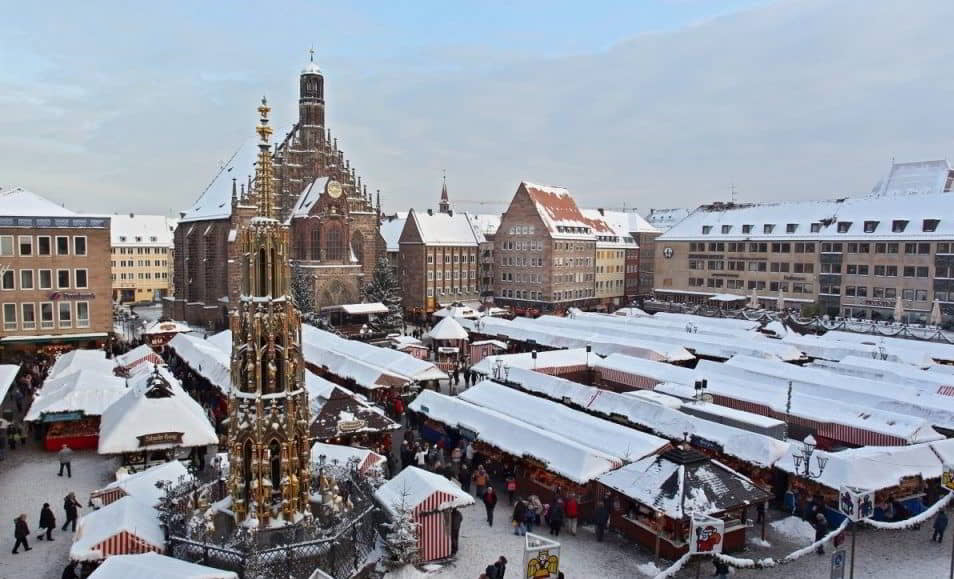 The market feeders themselves put all their ambition into an atmospheric and tasteful design. And this effort is also rewarded. Every year since 1981 the city has awarded the “Zwetschgermoh” in gold, silver and bronze for the most beautiful stalls. With its traditional face, the Nuremberg Christkindlesmarkt is a model for other Christmas markets. The “little town made of wood and cloth” is also in demand as a picturesque backdrop for television productions.

The Christkindlesmarkt is one of the oldest Christmas markets in Germany.

Nuremberg Christmas Market Christkindlesmarkt was evidently mentioned in writing for the first time in 1628: An inscription painted in black ink was found on the bottom of a 19 centimeter long, oval and flower-painted chip box made of coniferous wood, which is owned by the Germanisches Nationalmuseum: “Regina Susanna Harßdörfferin von the virgin Susanna Eleonora Erbsin (or Elbsin) sent to Kindles-Marck in 1628. 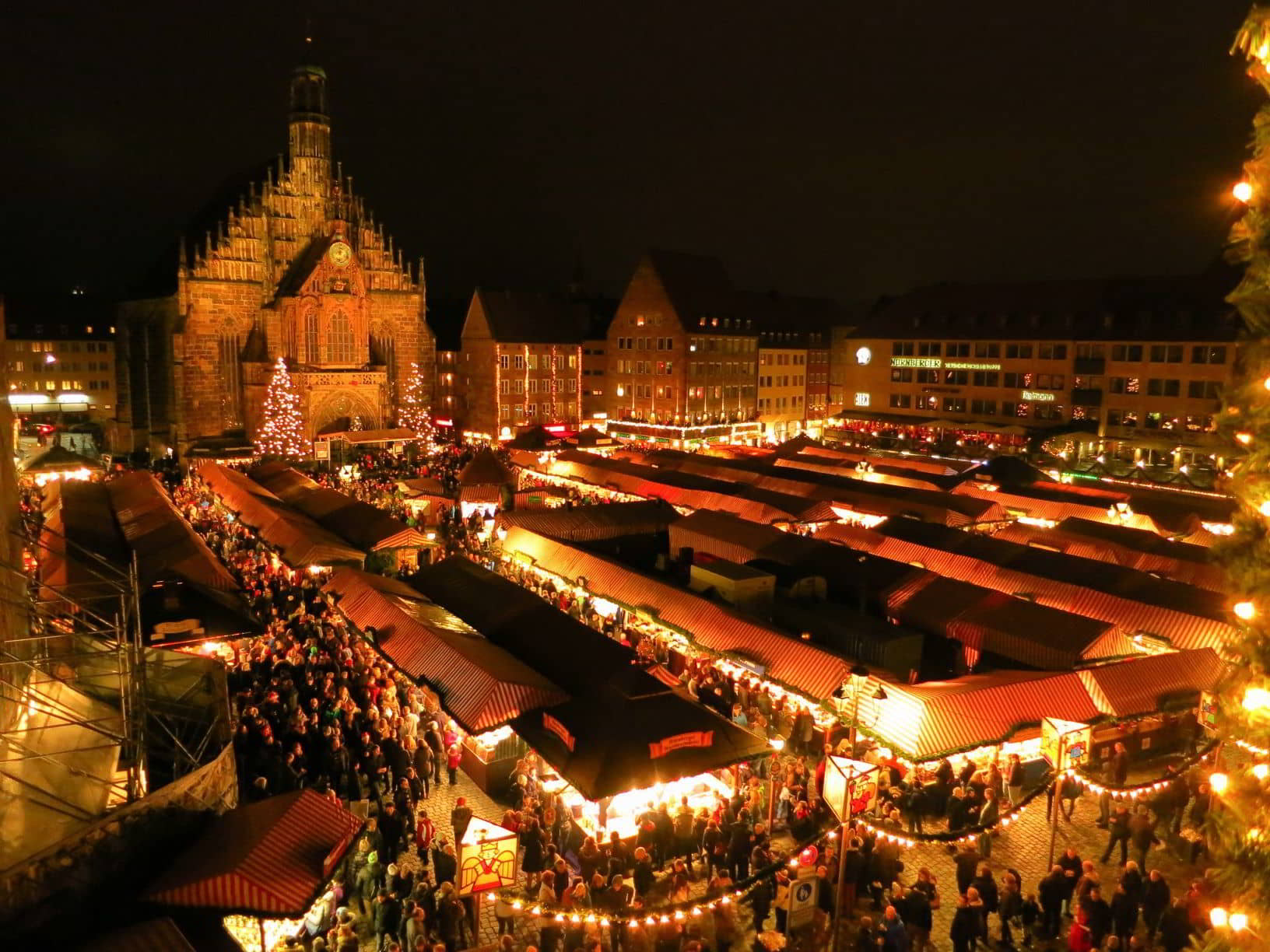 “A list from 1737 gives clues to the marketers at that time. It shows that almost all Nuremberg craftsmen were represented in the booth town. 140 people were entitled to offer goods. At the end of the 19th century the market lost its importance, changed location several times and only experienced a revival in the 30s of the following century. The National Socialists used the traditional event to shape the image of Nuremberg as “the treasure chest of the German Empire” and to upgrade their own annual festival calendar. 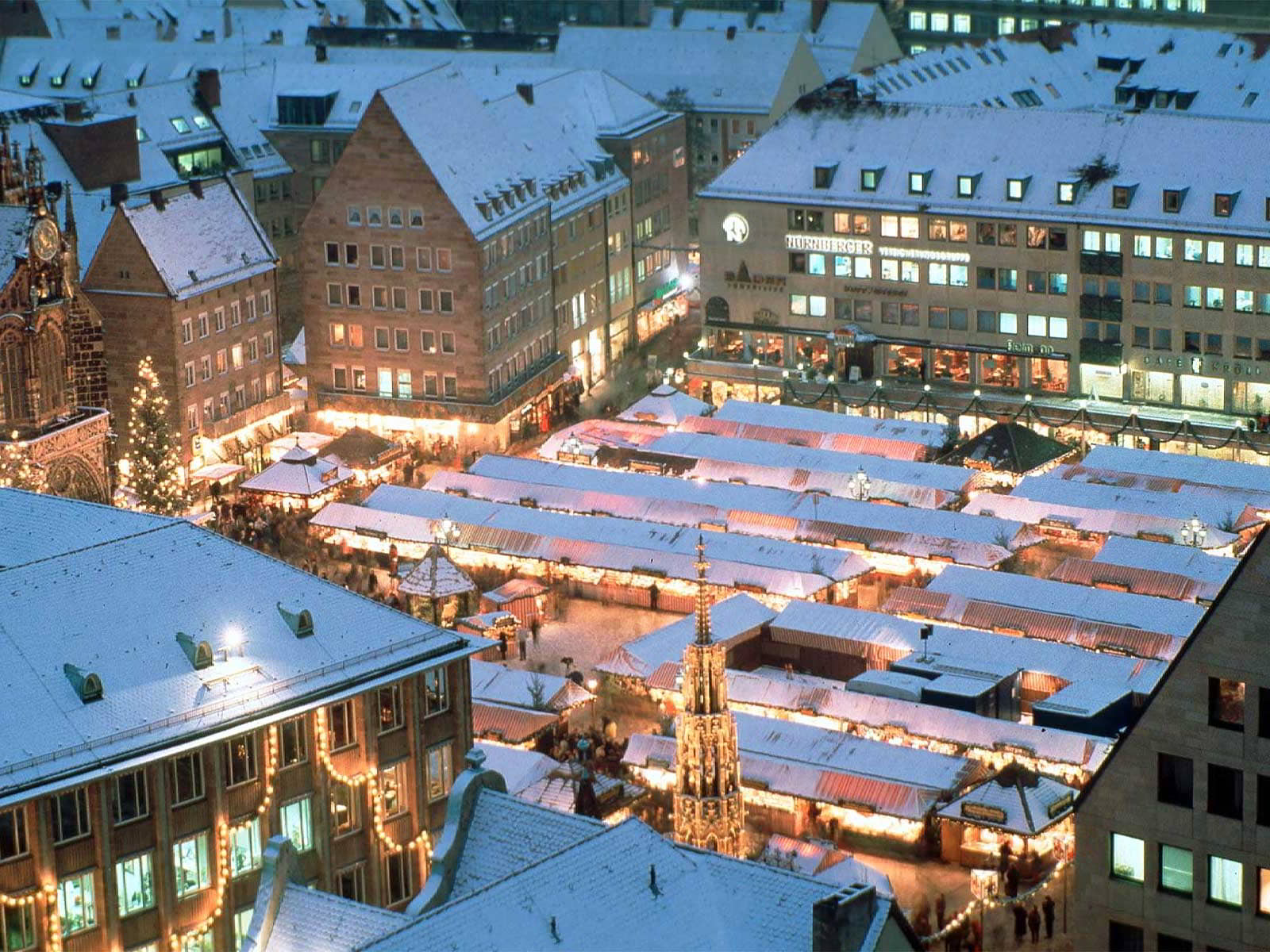 In 1933 the Christkindlesmarkt was opened again on the main market of the most German of all German cities with a romantic celebration. An actress disguised as a Christ Child, who was accompanied by two Rauschgoldenangels, recited a prelude, a children’s choir sang, and church bells rang. During the Second World War there was no longer a Christmas market in Nuremberg.

Most Beautiful Places to visit in Bamberg Germany

12 Places to visit in Darmstadt Germany

8 Things to do in Regensburg Germany