Most beautiful villages in Naxos Greece

This article is for anyone who has planinng to explore most beautiful villages in Naxos. Naxos it’s not only known for its wonderful beaches but also for history, countless attractions, picturesque villages, green valleys and mountains.

Naxos is described as the diamond of the Aegean. In this island dominates the shape of diamond in the deep blue waters. Naxos has several villages and settlements along the coastline as well as inland, with most of them retaining their traditional color and natural beauty. Naxos is situated in South Aegean Region. Let’s explore together most beautiful villages in Naxos Greece.

With houses in tones of dusty pink. With the bougainvillea climbing the carved iron balconies. With its stone streets hidden between shady gardens full of trees and flowers.

At a distance of 15km from the tropical beaches of Naxos and at an altitude of 280m, you easily forget that you are in the Cyclades.

Filoti as one of the most beautiful villages in Naxos, consists in 3 settlements. Rachidi, Klefaro and Lioiri. The majority of its inhabitants are engaged in animal husbandry.

It is also the capital of Naxos breeders. And think that over 60,000 goats and sheep are raised here, so you understand what you will get when you leave here!

3. Agia anna Naxos (Selected as one of the most beautiful villages in Naxos)

Umbrellas and sunbeds on the beach, where several of them operate from the cafes or restaurants. So you can take your drink or eat something light on the sand. The bottom of Agia Anna is suitable for observation with a mask and why not, for underwater photography.

The next village we will meet is the beautiful Apeiranthos, which the Naxians call “Aperathou”, built in the heart of mountainous Naxos, at the foot of Mount Fanari, between two valleys with vineyards and orchards.

It is also called “marble village”. Apeiranthos preserves its architectural form almost intact, from the time of the Venetian rule. 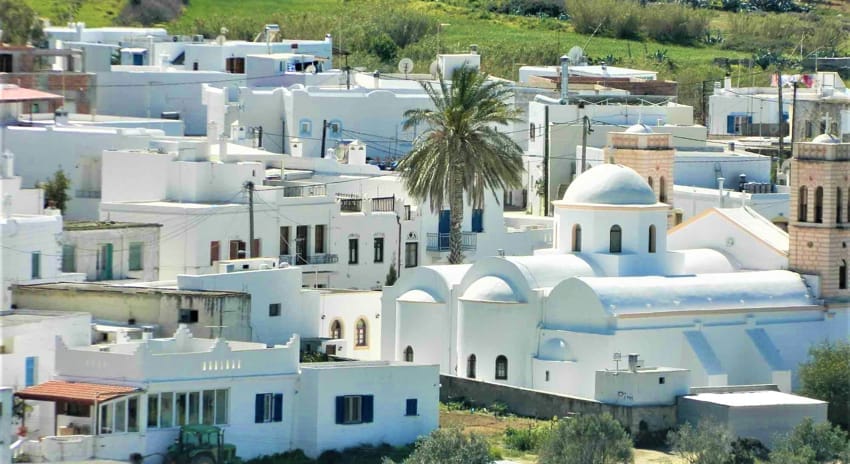 At a distance of 7 kilometers from Naxos Town and above the most famous beaches of the island, Agios Prokopis, Agia Anna and Plaka, is Agios Arsenios or Agersani as the locals call it.

It is the largest village in the western plain of Naxos and its inhabitants are engaged in livestock breeding and the cultivation of the famous Naxos potato. 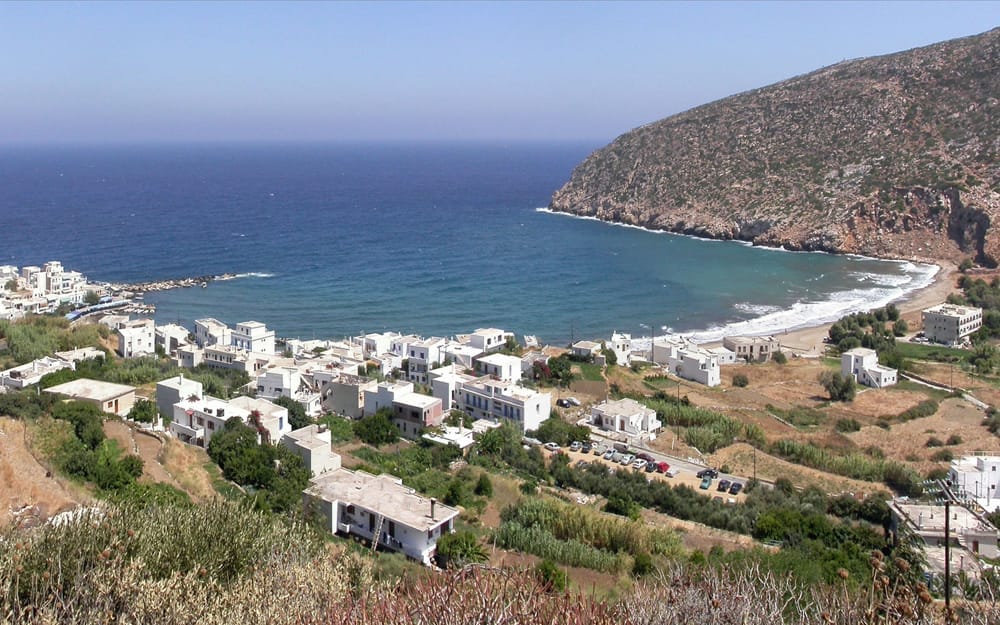 One of the villages of Naxos, therefore, that offers one of the most remote, relatively, experiences is Apollonas, in the northeastern part of the island, at a distance of about 40 km from Chora. Anyone who has visited Naxos knows very well that it is an ideal choice for everyone.

For couples, for families, for singles. Here one can find everything one really asks for: from organized sandy beaches and more secluded bays, to bustling spots, but also quieter and more secluded options, for those who want to enjoy the true majesty of the island in “isolation”.

Koronos is one of the oldest settlements in northeastern Naxos. The great surprise is not only its magnificent view but also the whitewashed courtyards and beautiful houses that have retained the traditional island architecture, sporting wooden balconies and first-rate tavernas.

Apart from the coffee shops and taverns, the tourism infrastructure includes rooms to let, an eco-museum where many events are held.

Paros is the most famous day trip from Naxos, as the distance between the two islands is really short and the journey takes maximum of 60 minutes. Paros is considered one of the most picturesque islands of the Cyclades. For more information about Naxos read full article  Things to see in Paros Greece.

Most beautiful villages in Naxos Greece

Things to see in Paros Greece