We have selected 13 most beautiful castles in Loire Valley France. There are more than 300 chateaux in the Loire Valley. Most of us dont have time, or opportunity to visit all 300 of these castles.

Many castles are builded in French royalty and nobility, centred around the 17th-18th centuries. Loire Valley is located in the regions of the Centre-Val-de-Loire and Pays-de-la-Loire. Lets explore Most beautiful castles in Loire Valley France.

Listed as a UNESCO World Heritage Site since 1981 and emblem of the French Renaissance throughout the world, with its 5,440 hectares of forest, Chambord is the largest enclosed park in Europe, located less than an hour from Orléans. Many activities in the park are available to you! For this reason we selected as one of the most beautiful castles in Loire Valley.

Offering one of the most beautiful views of the Royal River , the 32 hectare estate brings together the castle (princely residence), its stables , its park and the International Garden Festival . Center of arts and nature , the Domaine invites renowned artists and photographers to exhibit.

4.Blois (That’s one of the most beautiful castles in Loire Valley)

Classified as a historic monument since 1845, the royal chateau of Blois presents a magnificent panorama of the art and history of the castles of the Loire. Surrounding the court, its four wings constitute a unique example of the development of French architecture from the 13th through the 17th century. With its multitude of styles, the edifice evokes the destiny of 7 kings and 10 queens of France.

The history of the Château de Chenonceau is marked by an almost uninterrupted succession of women who built, embellished, protected, restored and saved it. The first castle is a medieval castle in the 12th and 13th centuries, of which only the keep remains: the Tour des Marques. The builders of the current monument are from 1513 to 1517, Thomas Bohier and especially his wife, Catherine Briçonnet.

From the plans of a Venetian palace, Catherine de Medici, queen of Florentine origin, had the two galleries built on the Cher, which made Chenonceau a Ponte Vecchio in Touraine. From the kitchens to the bedrooms and living rooms, including the two majestic galleries, the tour allows you to understand the history of the place.

The Château d’Azay-le-Rideau was built on an island in the Indre River under the patronage of King Francis the First. A subtle blend of French tradition and innovative Italian decor, it is an icon of the new art of building in the Loire Valley in the 16th century. Its successive owners have helped to make it the most architecturally harmonious treasure in the Loire Valley. In 1905, the Château d’Azay-le-Rideau came under State ownership. 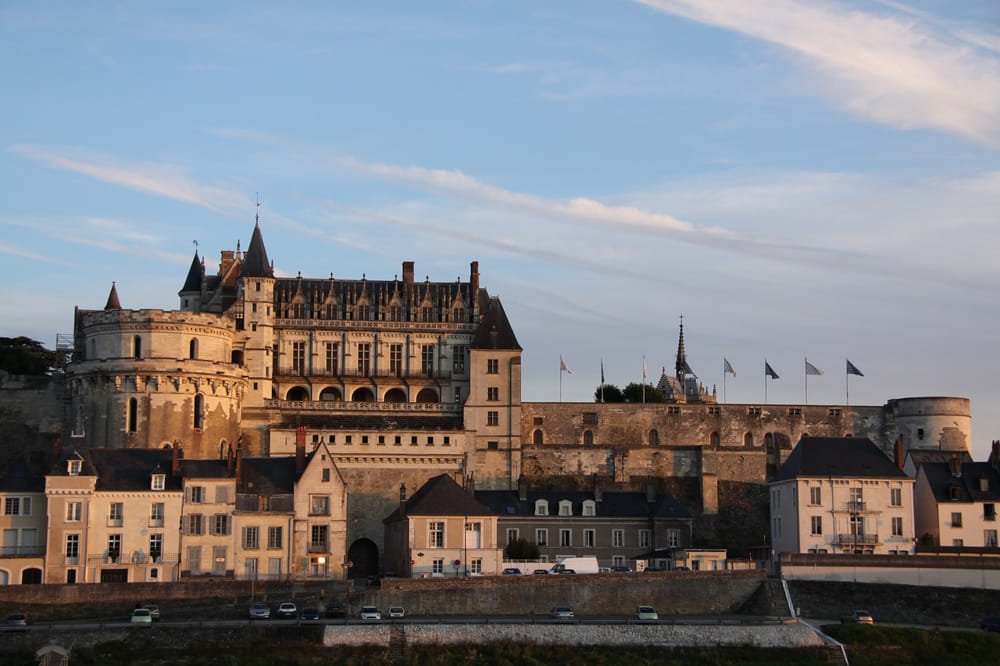 A place of residence for French kings from the 15th to the 19th centuries, its destiny is inextricably linked to the history of France. Numerous literary figures and artists were invited here, like Leonardo da Vinci whose tomb is preserved at the château. This royal château is thus the expression of French-style luxury. From its balconies, its roofs and its terraced gardens, visitors can take in the Loire landscape and delight in what the kings enjoyed.

8.Cheverny (That’s one of the most beautiful castles in Loire Valley)

First chateau to have been opened to the public in 1922, enjoy all the splendor and delights of Château life: from the botanical park to the splendid interior of the house, from the kennels to the 3D museum “Les secrets de Moulinsart” and from the gardens to the forest park.

Discover 1200 years of history, a fortified castle dating back to the Middle Ages, built under Charlemagne, Montpoupon was transformed in the 16th century to become a Renaissance château by Aymar de Prie, a great crossbowman under the reign of Francis I of France.

From the King’s chamber to the Marshal’s chamber, the dining room to the kitchen, and more recently the private chambers of the la Motte Saint-Pierre family, the discovery of the hunting museum, a surprising and unforgettable visit! 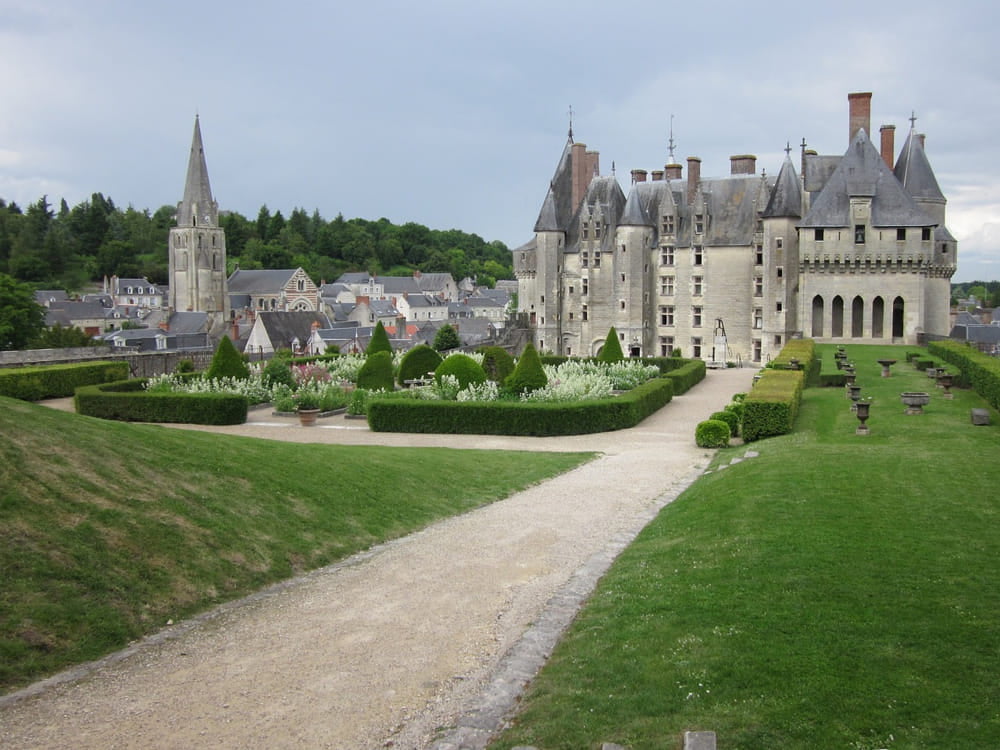 Of course one of the most beautiful castles in Loire Valley. Around the year 1000, two great lords, the Count of Anjou, Foulques Nerra, and the Count of Blois, Eudes I, fought over the Touraine. At the end of the 10th century, Foulques Nerra conquered Langeais, between Tours and Saumur, and founded a fortress on the promontory overhanging the Loire. A turbulent history then began for Langeais, in turn occupied by the Counts of Blois and of Anjou. 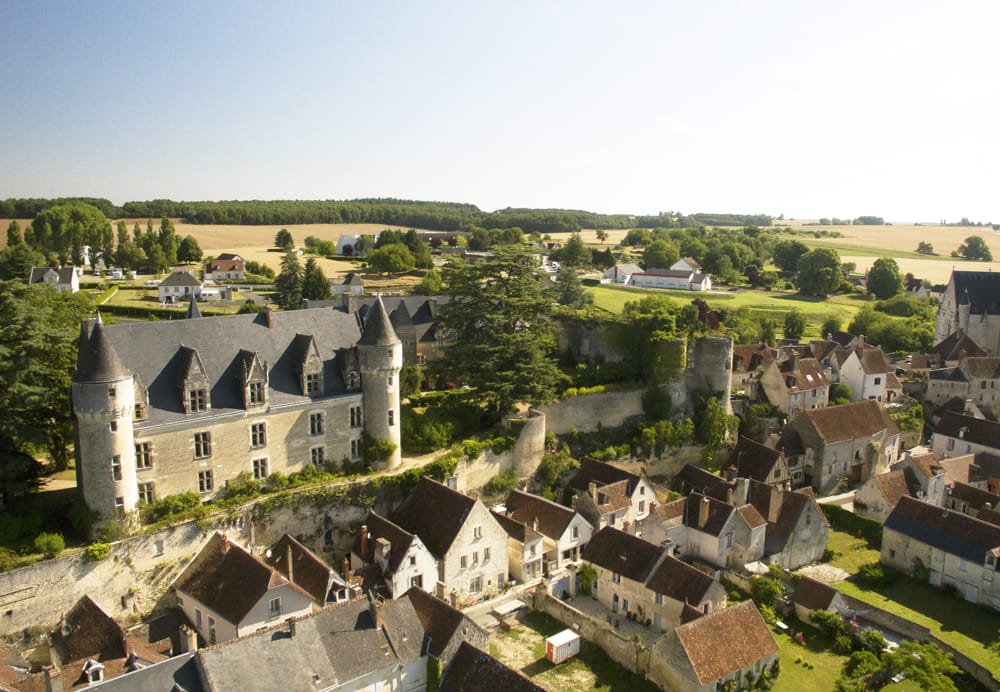 Chateau de Montresor as you see it today is one of our favourite chateaux, not as grand as some but one of the few with that ‘lived in’ feel. At the start of the 11th century, Foulques Nerra who was responsible for many of the medieval fortresses of the Loire Valley, had one built on top of a rocky promontory overlooking the Indrois Valley as a defence against potential invaders. A double enclosure wall surrounding the keep is still apparent.

Built from the 16th century by the seigneurial family Les Gouffiers, the Château d’Oiron today houses the contemporary art collection Curios & Mirabilia, loosely based on the theme of the curiosity cabinet in reference to the fabulous art collection of Claude Gouffier, master of King Henry II of France’s stables. Artists reinterpret an exceptional place and original décor – galleries of Renaissance wall paintings in the School of Fontainebleau style, painted panelling and carved woodwork from the 17th century. 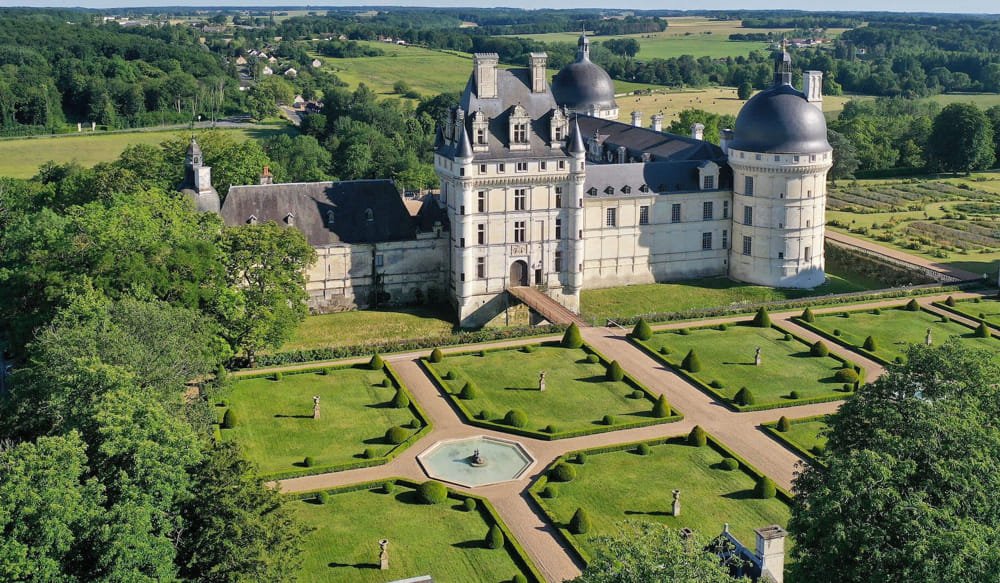 The Valençay estate is a major French heritage destination, with a rich and singular history that started during the Renaissance with the Estampes family, before becoming the home of the illustrious Charles-Maurice de Talleyrand-Périgord, an unparalleled diplomat and minister to Napoleon.

Most beautiful castles in Loire Valley