One of the most beautiful islands in Croatia of course is Vis. For this reason, let’s explore things to do in Vis Croatia. The island of Vis began the ancient history of Dalmatia in the 4th century BC.

The remains of the largest Greek colony Issa await history lovers on the Gradina hill near the town of Vis and in the Martvilo Archaeological Park.

The town is also known for its 16th-century monastery, which rose above the remains of an ancient theater on the Prirovo peninsula. Vis Island is located in Split Dalmatia region in Croatia.

In Our Lady’s Battery – a former fortress from the 19th century, Vis discovers an archeological collection with the most beautiful bronze head of the goddess Artemis.

The island of Vis also offers authentic flavors in the glasses of its most famous wine, the Vugava variety, which matures around the village of Podšpilja, and in Isseta – a herb of medicinal Vis herbs. 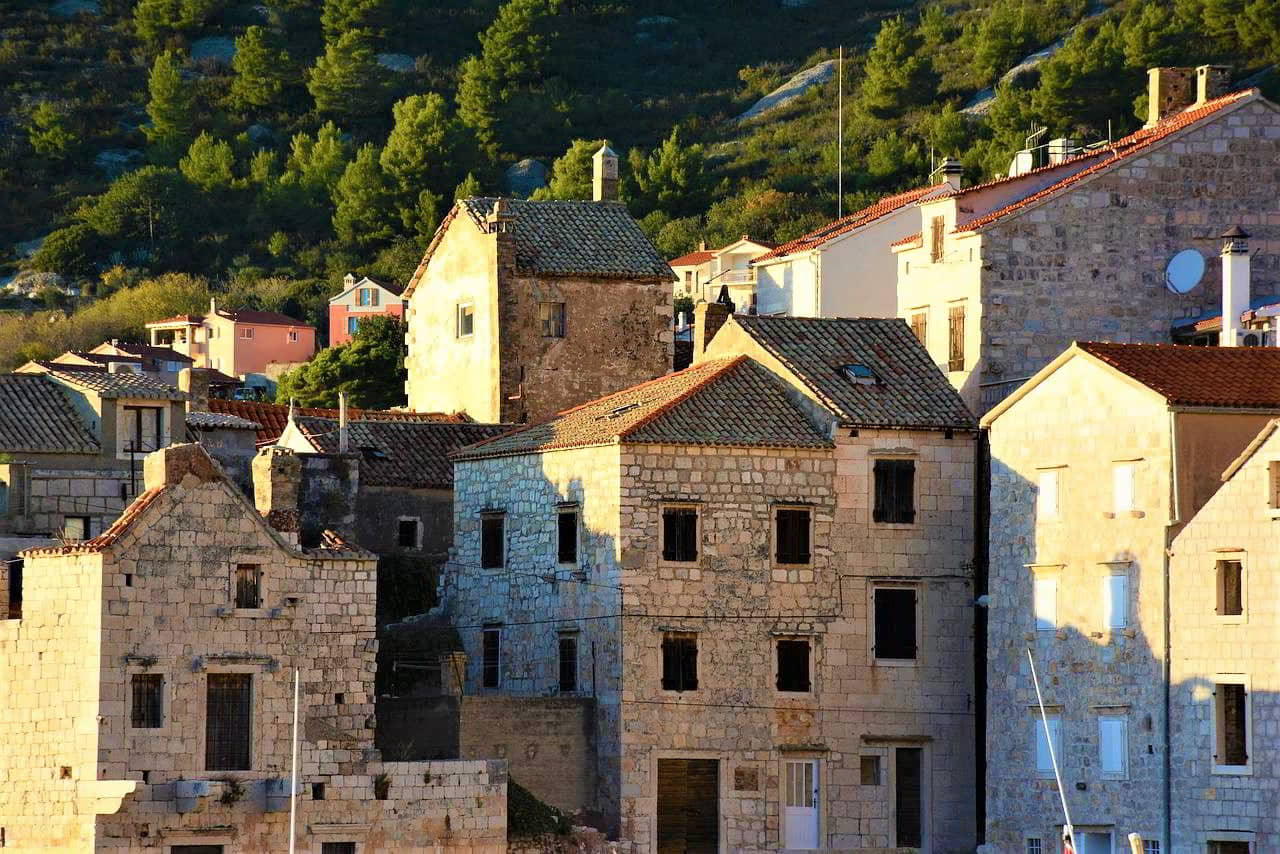 The International Ballet School , which has been held in Komiža for years, also spends the summer here , and dancers from all over the world delight the whole of Vis with a big ballet concert at the end of the summer. Below you will find the 10 best things to do in Vis Croatia.

Zaglav Beach is an ideal place for those who want to escape from the summer crowds and enjoy the peace, quiet and clean sea, it is adorned with extremely bright and shiny sand.

The beach cannot be reached by car, but it is necessary to leave it in the village of Milna and reach it by walking along the sea. You can enjoy this miracle of nature staying some days in Beach House Zaglav. 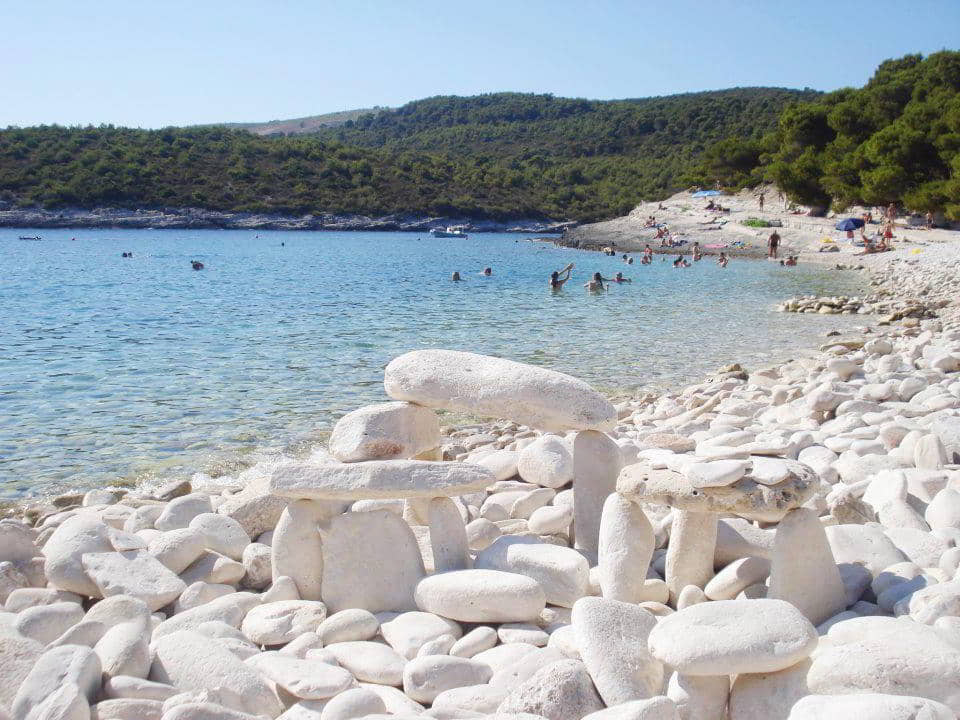 The bay is facing the open sea, so the waves, which roll stones during the winter, have created an unusual shore.

The beach is covered with atypically large white pebbles of limestone that the sea threw on the carbonate rocks.

The beach is large and spacious, and above it is deep shade in the canopy of a pine forest.

It is enclosed on both sides by rocks, so it is leeward, the sea is clean, calm, comfortable and warm, which is why Srebrena is the most common choice for families with children.

Lucica Beach one of the best things to do in Vis. The beach is pebbly, equipped with showers, changing cabins, and it is possible to rent a deck chair, or have a refreshing drink in a small local beach bar. If you came with your boat, you can moor at one of the berths prepared here for you.

The island of Vis has its own spring water, which springs in many places, including the sea in front of the beach Lucica. When swimming if you feel colder areas in the sea, it just means you have come across another source of water.

4. Church of St. Cyprian and Justina

In the first half of the 18th century a bell tower was built next to the church and together with the staircase they belong to the Baroque style.

The church was built in 1742, and the great landowners of the time, the Fioretti brothers and the superiors Vidali and Jakša, were responsible for its construction.

On the main altar there is a picture depicting the martyrs: St. Cyprian, Justin, Anthony of Padua and Nicholas. Spend some time visiting Church of St. Cyprian and Justina because is one of the best things to do in Vis. 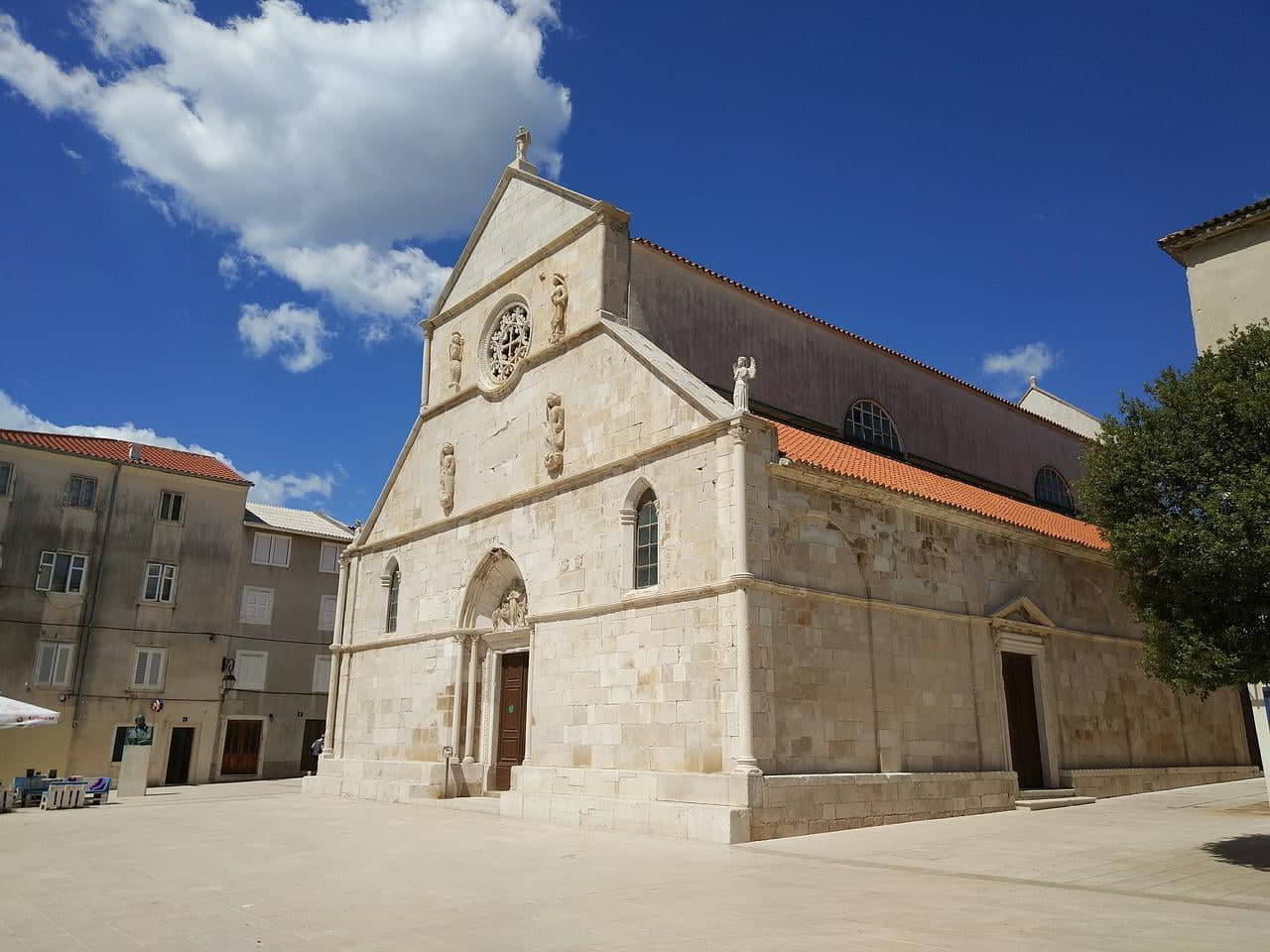 Church of St. Marija was built in the middle of the 16th century. along the coast itself. The church has a somewhat unusual shape as it consists of three connected churches with three connected triangular facades.

Inside, three naves are separated by arches on strong masonry pillars with three vaults. The middle nave has a Gothic vault, the western a Gothic vault, and the eastern nave a semicircular vault with Baroque features.

One of the most beautiful panoramic views in Croatia. Visiting this place of course is one of the best things to do in Vis Croatia. In one of the most impressive positions on the Adriatic, on a hill that dominates the Komiža Bay, already in the 13th century. 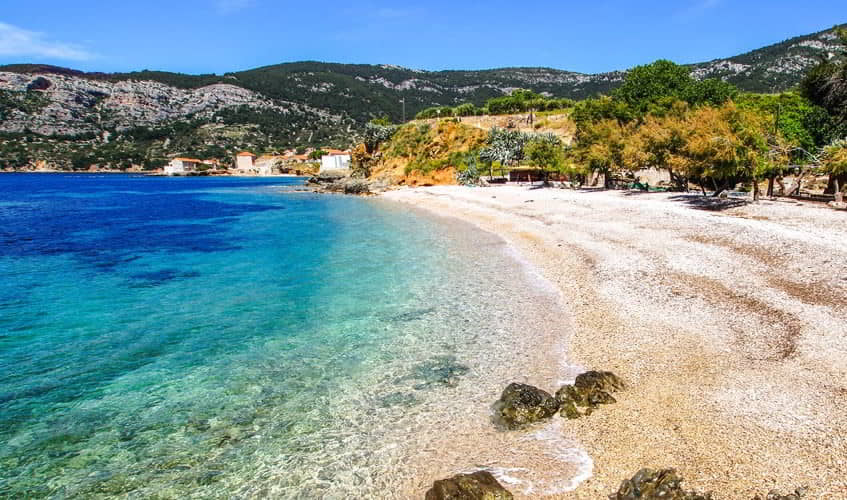 Under the influence of volcanic eruptions, the islets of Jabuka, Brusnik, and part of the coast in Komiža on the island of Vis were formed. Kamenice Beach, a favorite gathering place for young people, is located in such a part, because there is also a popular night club.

Kamenice is a sheltered pebble beach at the very exit from Komiža, named after the stone water containers in which drinking water was collected because there is a source of fresh water on the beach.

This large pebble beach is surrounded by high rocks and is accessible only from the sea, which makes it one of the beaches of the Komiža aquatorium where there is no crowd in the heart of the season. Just a few bathers.

It is partially covered with tamaris, so it has natural shade, which makes it suitable for longer stays, so we definitely suggest it as one of the options for a day trip.

The monastery near the church, in full force, functioned during the 12th and 13th centuries as an independent abbey with its own head In the middle of the 11th century, the priest Ivan Gaudijev Grlić from Split built the church of St.

Sylvester in the historic center of Poje on the island of Biševo. He handed it over to the Benedictines of the Tremiti Islands. Church of St. New Year’s Eve was built in the pre-Romanesque style, but its shape changed in later centuries. For more articles about Croatia check Istria Region.

It's worth writing an article for best things to see in Zadar Croatia. Zadar is one of the most beautiful cities in Croatia that...

On the coast of central Dalmatia, about 30 kilometers west of Split, lies the beautiful city of Trogir. In this article we will explore...
- Advertisment -
Facebook
Instagram
Twitter