SpainAsturiasPlaces to visit in Villaviciosa Spain

Places to visit in Villaviciosa Spain

Villaviciosa is a town that heads the Cider Region and that holds the title of Manzanera Capital of Spain. In this article we will list most beautiful places to visit in Villaviciosa.

We got there a bit by chance and the area surprised us so much that we ended up staying there for two days on one of our trips to Asturias. Villaviciosa is located in the region of Asturias in northern Spain. 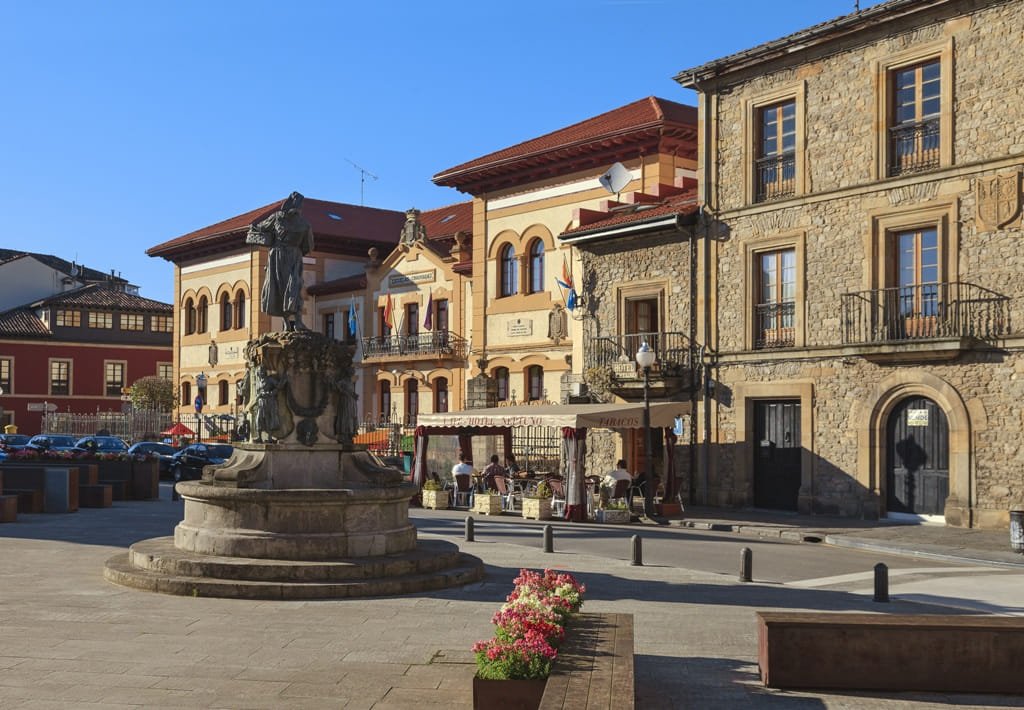 As you will see below, the Villaviciosa area has everything, nature, beaches, the Camino de Santiago, Asturian Pre-Romanesque, etc.

Furthermore, its central position in the Principality makes it ideal as a base of operations on a route through Asturias. From Villaviciosa you can get to Gijón very quickly, our favorite city in Asturias.

Other places such as Oviedo, the most monumental city in Asturias or even Lastres and the Lakes of Covadonga are not much more than an hour away by car. Below we are listing top 9 most beautiful places to visit in Villaviciosa.

1.The exaltation of the apple

In Villaviciosa they have designed a route marked with the most interesting and famous points of the town with apples.

Do you remember the Capital Manzanera thing? If you do like us and start at the Tourist Office, you will see that an apple with an arrow is drawn on the ground.

In the park you will find several interesting sculptures. One of the most characteristic is the bronze sculpture known as the “Exaltation of the Apple” by Eduardo Úrculo.

It was dedicated to José Cardín, an illustrious person from the municipality of Villaviciosa for being the creator of the Cider El Gaitero.

The beautiful church of San Salvador de Valdediós (known familiarly as “El Conventín”) is one of the great masterpieces of Asturian Pre-Romanesque Architecture.

In its final phase, shortly before the capital of the Kingdom moved to León, with the consequent decline of court architecture in Asturias in benefit of the lands of the Upper Plateau. One of the most pleasant aspects of this ancient monument is the place where it sits. It is a deep valley to the east of the city of Oviedo, very close to Villaviciosa.

This green valley surrounded by trees, without any building or other type of obstacle that prevents a calm contemplation from all angles. We will suggest San Salvador de Valdediós because is one of the most interesting places to visit in Villaviciosa. 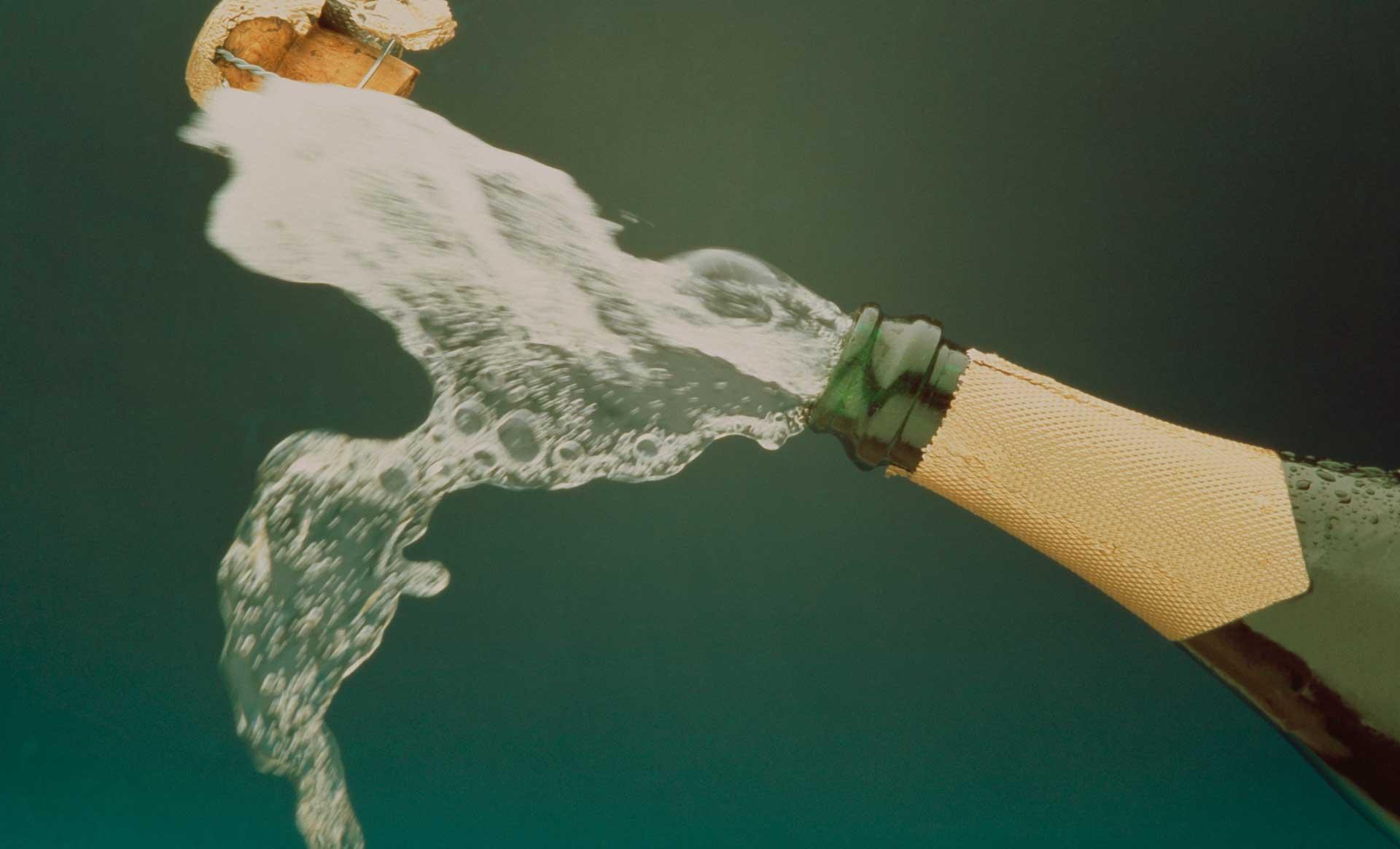 It was dedicated to the manufacture, sale and export of sparkling cider that would soon adopt the name from “El Piper”, forever linked to his slogan ‘Famous in the whole world’.

The careful graphic image and communication efforts of El Gaitero from its origins have consolidated a brand that reaches our days not only with great business strength.

Rodiles Beach is one of the most beautiful, crowded and popular beaches in the Principality of Asturias. The sandy area stretches for a kilometer to the east of the mouth of the Ría de Villaviciosa.

Rodiles has a large shady wooded area with tables and benches as well as accessible trails.  It is also a privileged enclave for surfing because of its famous left wave, one of the best in Europe. 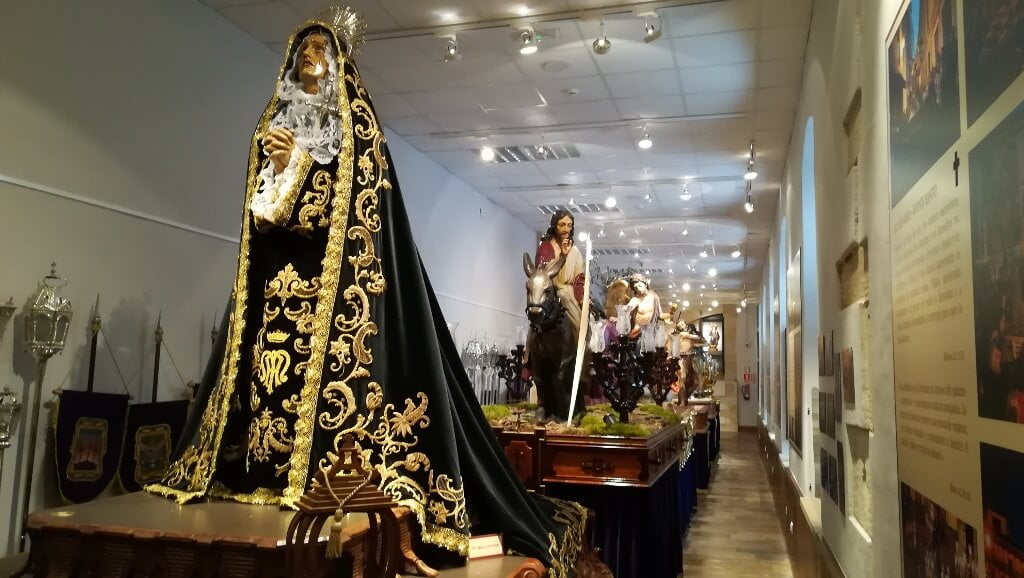 The Museum Room brings together the essence of Holy Week in Villavicios in a space from which visitors can enjoy the treasures of the Brotherhood of Jesús Nazareno.

In this room you can find almost entirely the Images with their litters, lanterns and banners that fill the streets of Villaviciosa from Palm Sunday to Easter Sunday.

The Villaviciosa estuary is one of the best-preserved estuaries with the greatest environmental value on the Cantabrian coast.

At its mouth is Playa de Rodiles, one of the largest sandy areas in Asturias.  With approximately 8,000 m. in length and an amplitude that oscillates between 1,000 and 200 m.

This space has been configured as a natural environment composed of beaches, dunes, estuaries and cliffs, in which aquatic birds, marine invertebrates live, as well as different types of vegetation characteristic of this habitat.

7.Beach and Port of Tazones

Tazones Beach, with about 200 m. long, it is located at the foot of this picturesque town and fishing port declared a Historic Site. In its many hospitality establishments you can enjoy excellent sea cuisine.

On the left side of the road that goes to the lighthouse, on a cliff whose access is conveniently signposted, there are more tridactyl tracks of bipedal and quadruped dinosaurs and another of tail dragging.

The Recreational Area Los Campos de Lluexe is located between Samartín and Piedrafita, parish of Vallés, about 10 kilometers from the town center.

Its altitude allows you to enjoy extraordinary views of the entire council of Villaviciosa with a large part of the riverbed of the Ría until its mouth in Rodiles, as well as the El Sueve mountain range.

Plain with a wide panoramic view from Punta del Olivu to Llastres, as well as the Cantabrian Mountains and the Sierra del Sueve. In its vicinity runs the Camín a Covadonga.

Puntal beach and port is located in the parish of San Martín del Mar, 7 km from Villaviciosa. This small sandy area is located at the mouth of the Ría de Villaviciosa, in front of the Misiegu and Rodiles Beaches. It has a wooded area with tables and benches as well as a walk to enjoy the estuary and the sea.

This beach participates in a pilot project in the Principality of Asturias of Smokeless Beaches. In El Puntal there is also the main Marina of the town. Playa y Puerto de Puntal is one of the most visited places to visit in Villaviciosa.