In this article we are exploring best places to visit in Douai. Located on the banks of the Scarpe river, the city of Douai has preserved many testimonies of its rich historical past.

One of the best places to visit in Douai France is the magnificent belfry, listed as a UNESCO World Heritage Site, has a carillon of 62 bells! At the top, a beautiful panorama over the roofs of the city and the surrounding landscapes awaits visitors. Douai is a large city in Hauts-de-France Region in northern France. 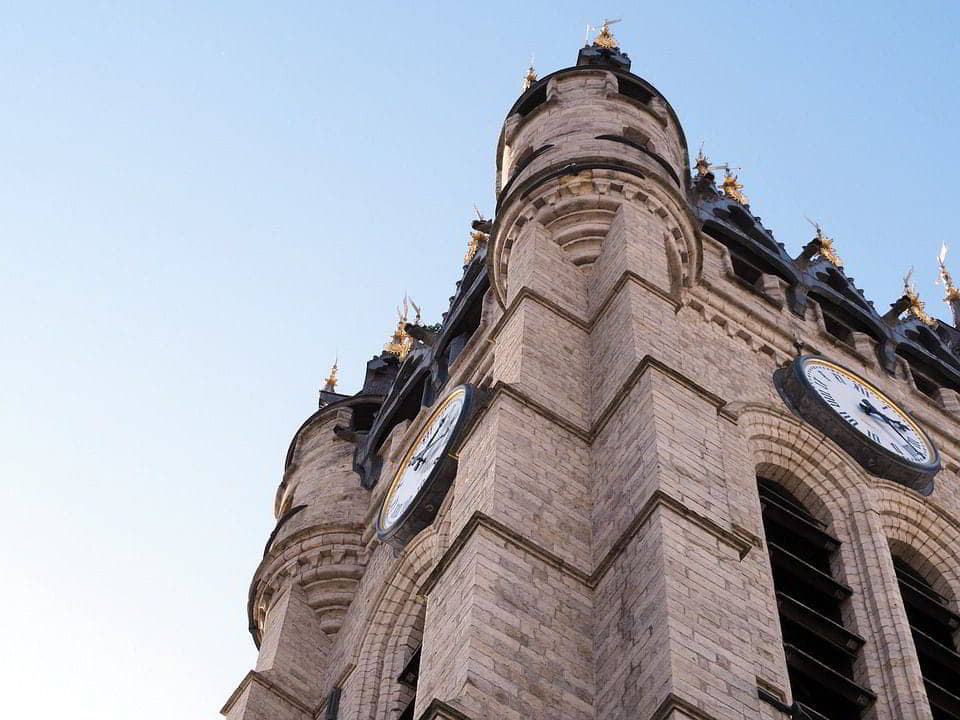 The inhabitants of Douai are called Douaisiens and Douaisiennes. Below we are listing best places to visit in Douai France. 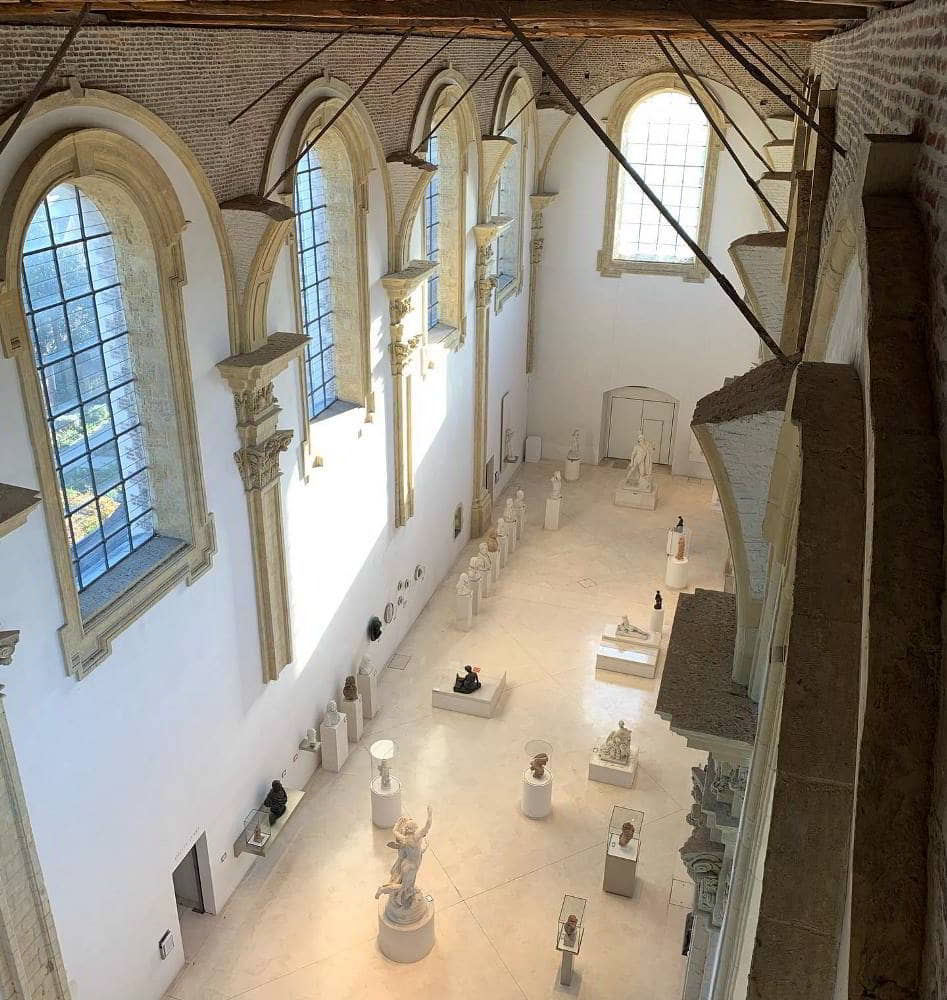 To bring diversification within the “museum at your fingertips” network , the Chartreuse museum has chosen to focus on architectural heritage. Indeed, the museum is housed in a Chartreux convent, a vast building built from the 16th to the 18th century, which has retained its original convent buildings: cloister, chapel, refectory, chapter house.

This awareness is done with the help of a tactile model made up of mobile elements which makes it possible to show the visually impaired the distribution of the different rooms and the different periods of construction.

2.Beffroi de Douai (That’s one of the best places to visit in Douai) 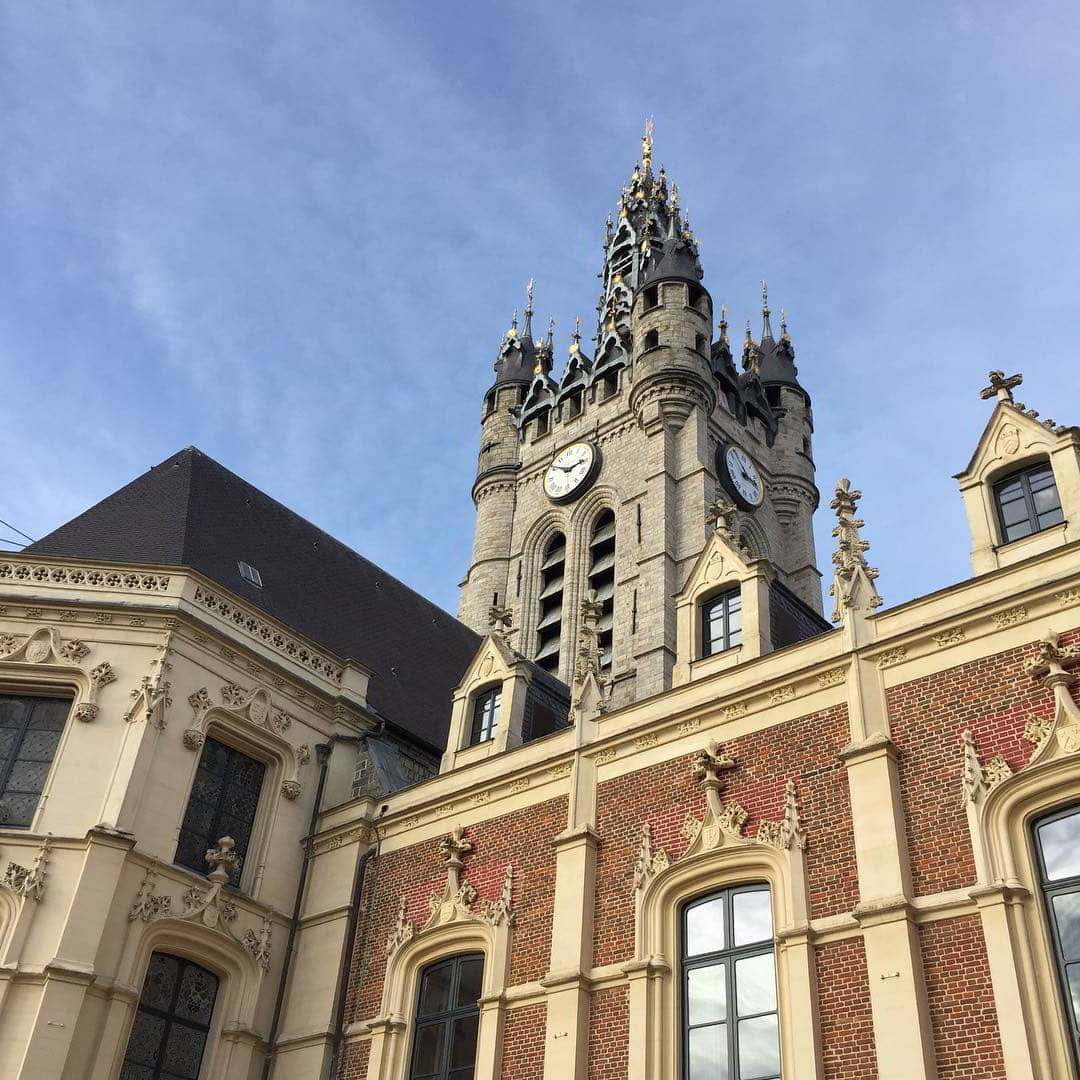 Listed as a UNESCO World Heritage Site because, as many Douai residents say, the belfry of Douai is the most beautiful of all! Stop for a moment at the foot of the town hall and take the time to admire its imposing stature as well as the magnificent details that make up its facade.

3.Arkeos (That’s one of the best places to visit in Douai) 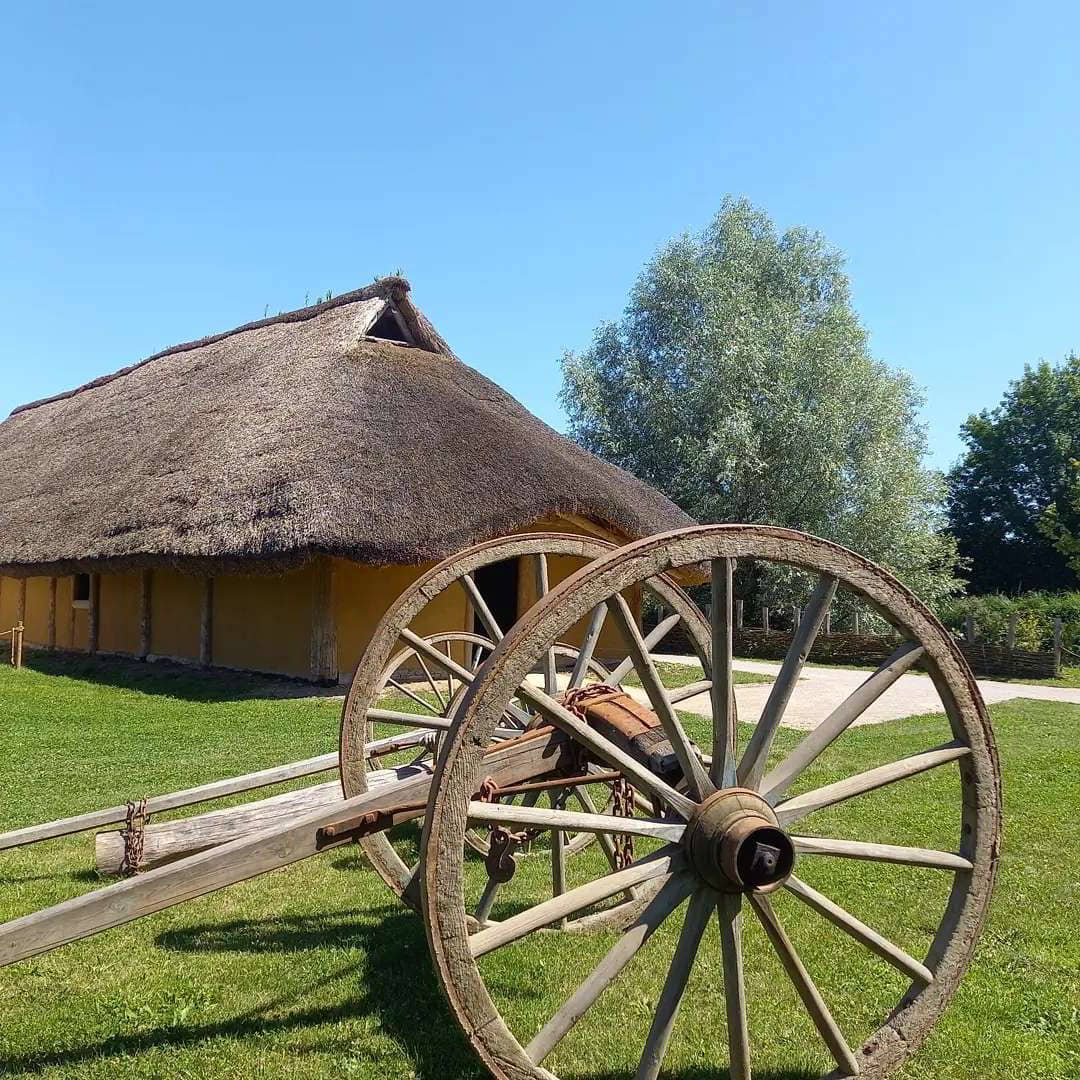 This museum retracing 500,000 years of history. An archaeological park plunging you into the heart of the year 1000… this is what awaits young and old at Arkéos! 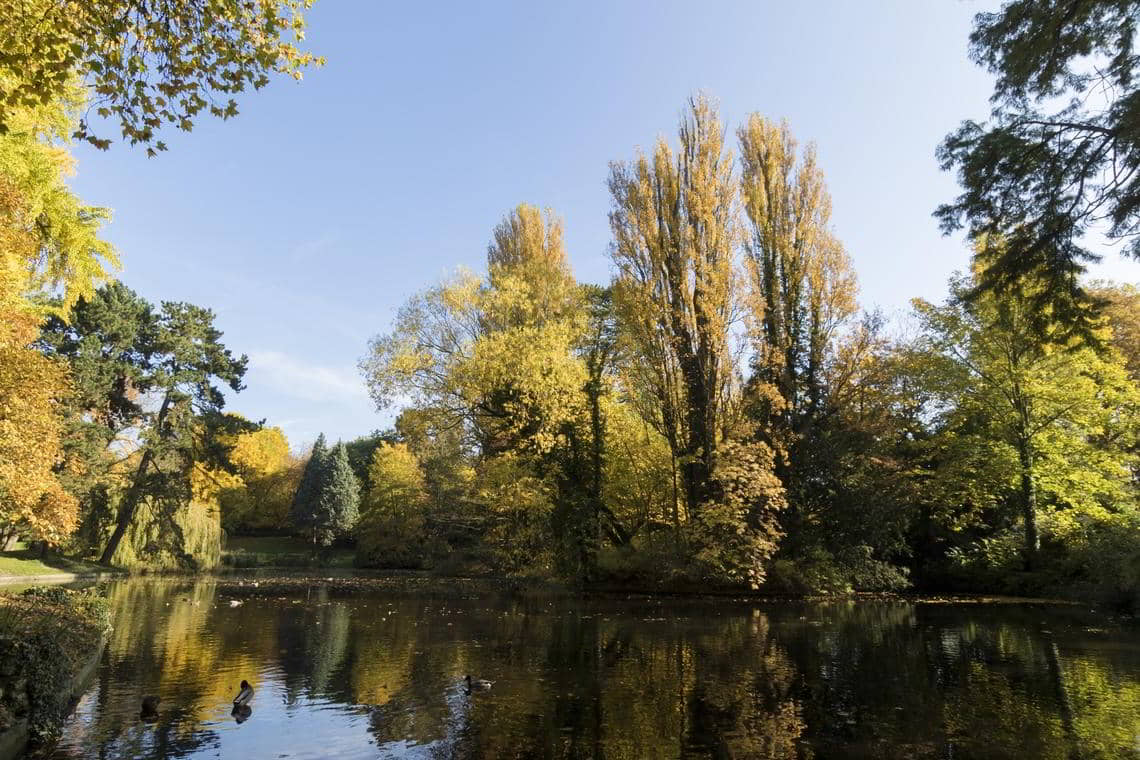 Bertin Park was created when the fortifications were dismantled at the end of the 19th century, based on plans by landscape designer Victor Berat. This hilly green space, embellished with a lake and contemporary sculptures, stretches over 6 hectares, and is home to 13,747 shrubs and 1,176 trees, including 27 large trees. 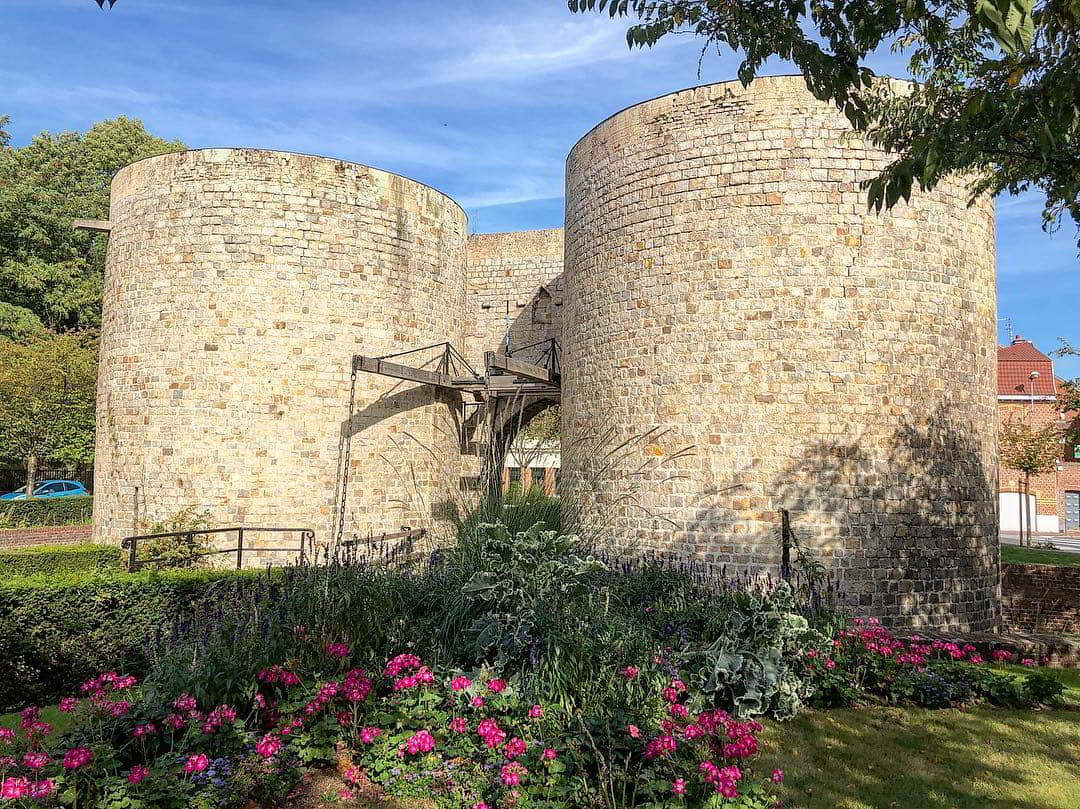 Dating from the years 1312-1320, the Arras gate consists of two round and massive sandstone towers 11 m high and 8 m in diameter. Originally, they were surmounted by conical roofs which were removed on the order of Charles-Quint.

The walls are 1.50 m thick. The two towers are surrounded by a moat and connected by a drawbridge. Between the two towers, a niche housed a statue of the Virgin. 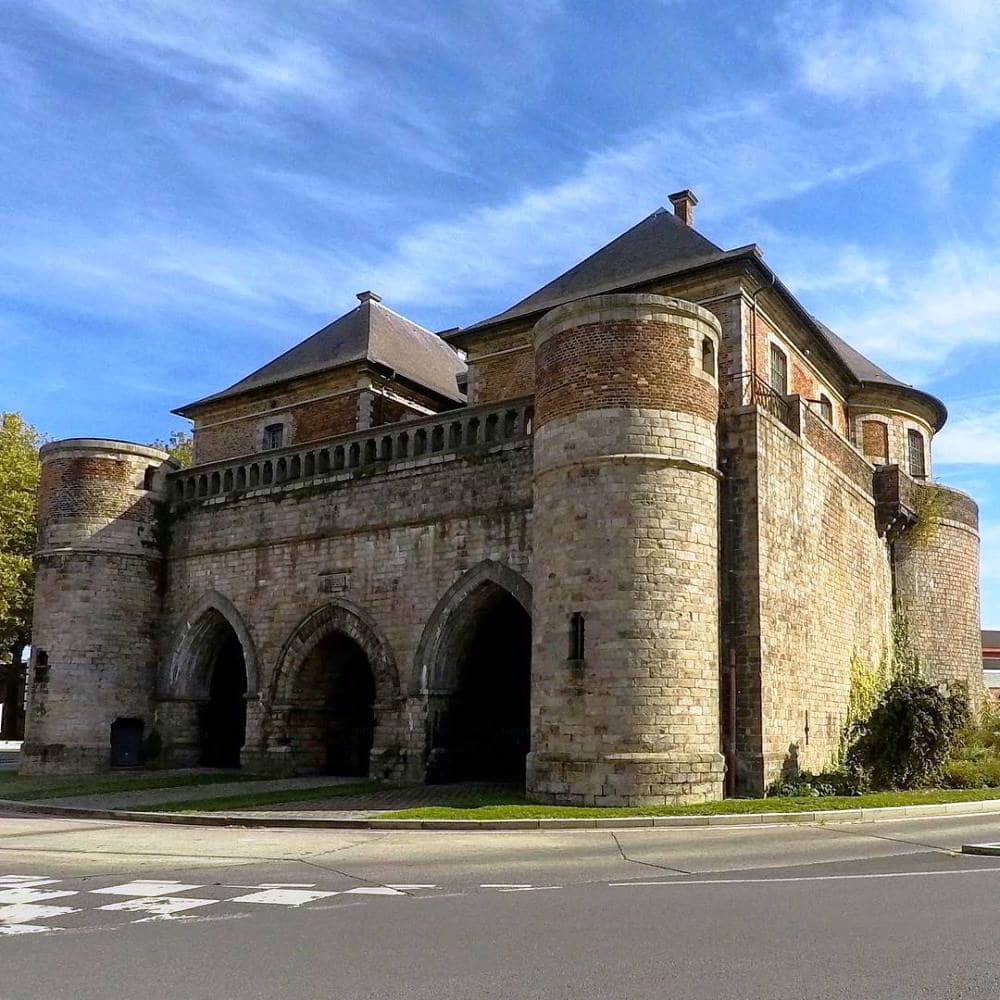 Formerly called Porte Vacqueresse (where the cows were passed), it was rebuilt in sandstone in 1453 and then called Notre-Dame.

Originally, it had only one central passage. In 1880, while the ramparts still existed, two side openings were made to allow the passage of vehicles. It was through this door that Louis XIV entered Douai in 1667.

From Douai to Lallaing, this stroll along the water invites us to take the right bank of the lower Scarpe for about eight kilometres.

Entirely restored by the Voies Navigables de France services, this riverside route offers a peaceful setting between sky and water. Presenting no technical difficulty, this walk is accessible to pedestrians and cyclists who circulate there in complete safety, far from cars and the noise of the city.

They thus have every opportunity to discover the fauna and flora that colonize these wetlands.

8.Chateau de Bernicourt (That’s one of the best places to visit in Douai) 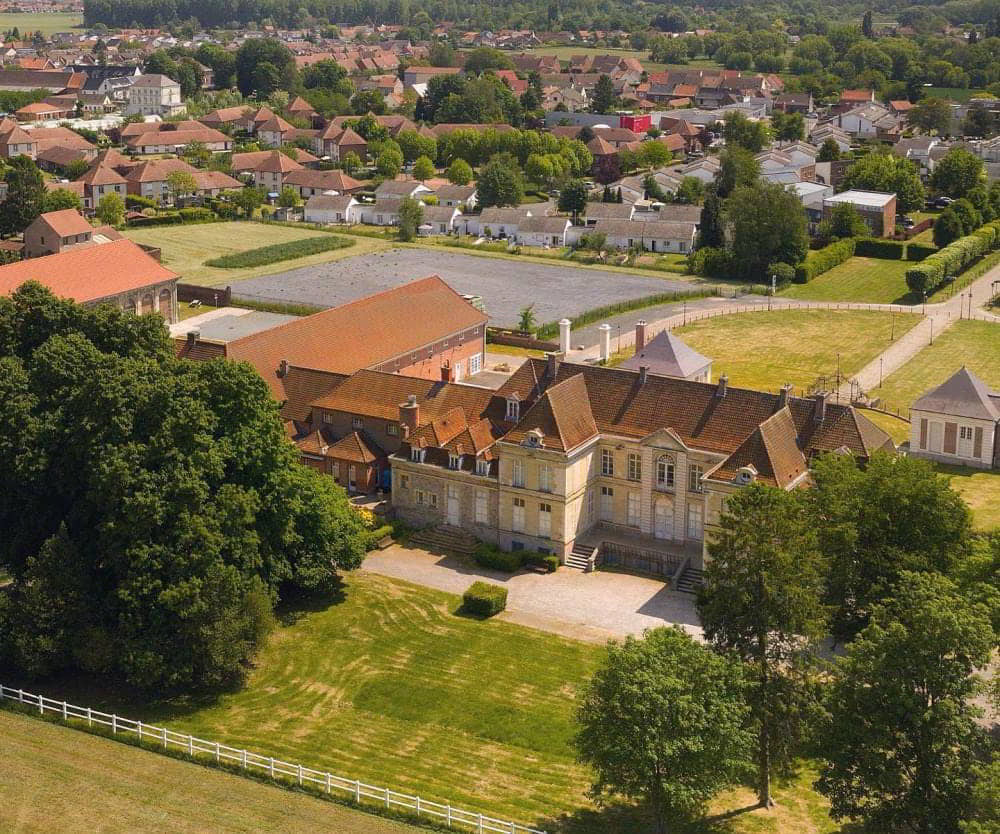 Opened to the public in 1989, this castle, emptied of its period furniture, now houses an eco -museum on the 1st floor and in the cellar.

The castle terrace opens onto a park with a lake and vast lawns. Is possible to eat on site, at restaurant La table de Guislain. 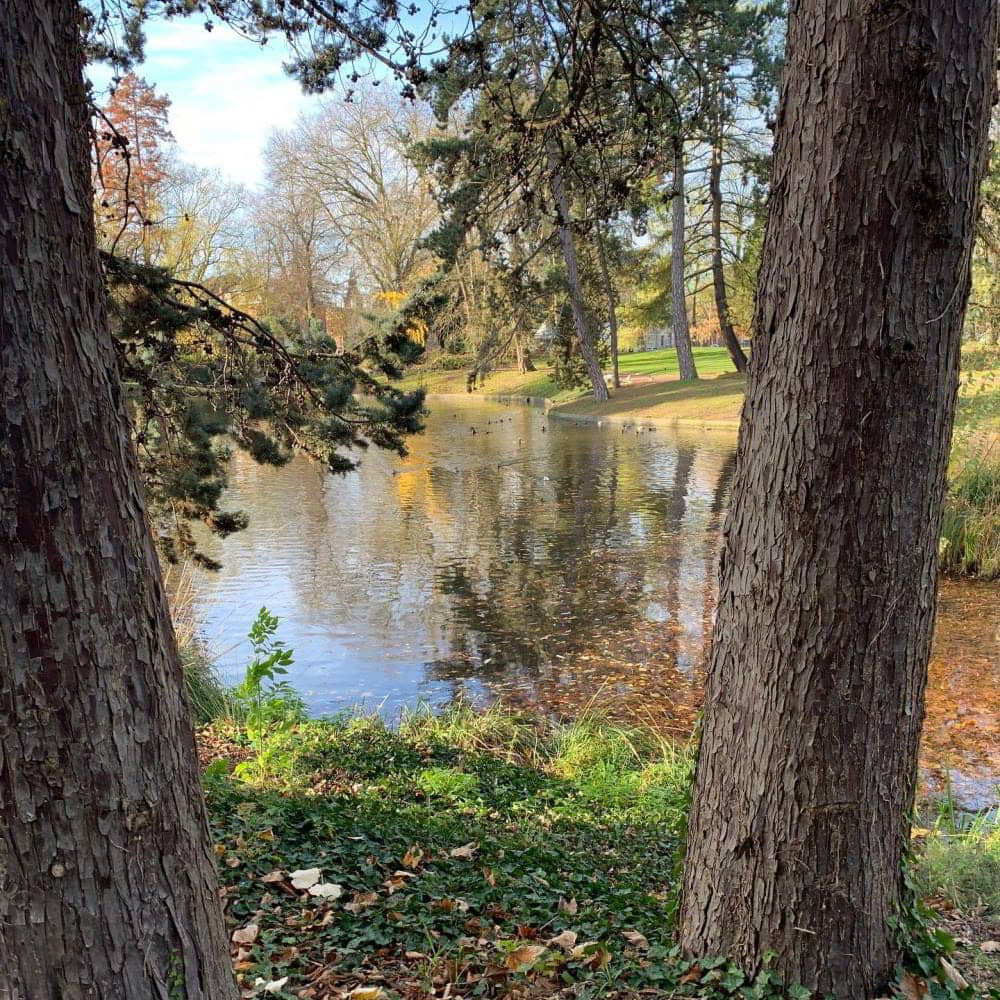 One of the best places to visit in Douai is this park named Parc Charles Fenain that has an area of ​​15 hectares integrating a beautiful body of water of 9,000 m2. Many birds live and more than 3,700 trees and 13,000 shrubs. Playgrounds and sports fields are available for young and old.

This park is an educational tool and the starting point (more than ten years ago) for the implementation of natural management, since extended to all 263 hectares of municipal green spaces.

Best places to visit in Douai