AustriaVorarlbergPlaces to see in Bludenz Austria

Places to see in Bludenz Austria

Bludenz, Austria owes its reputation to the impressive mountain scenery of the surrounding area and the fact that tourism was promoted here early on. In this article you will find best places to see in Bludenz Vorarlberg Austria. 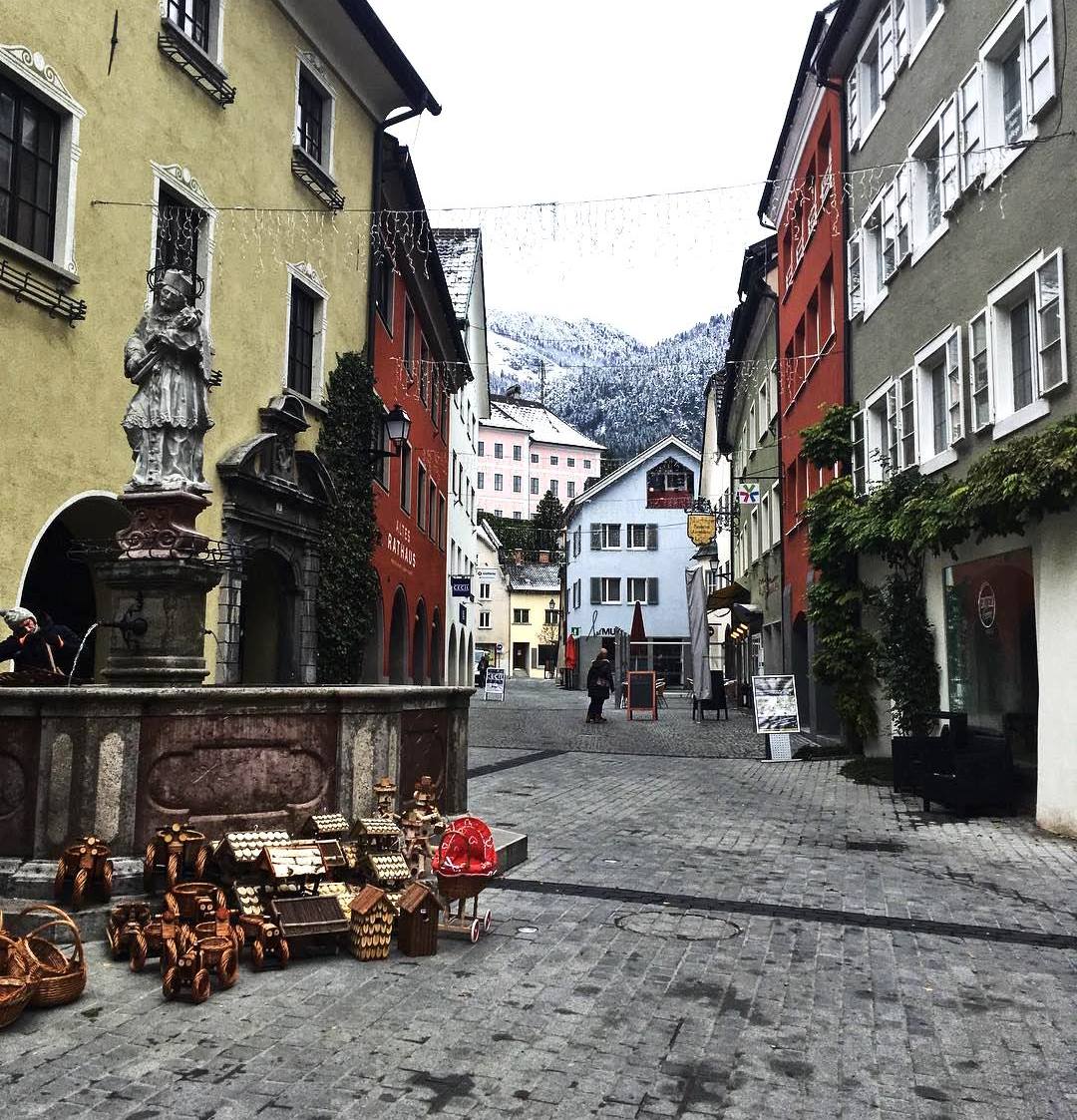 Bludenz is located in the south of Vorarlberg Region in Austria and is a charming place to visit.

But that’s not all: traditional hospitality, historical charm and southern flair make Bludenz the first recommendation halfway between Switzerland and Tyrol. Whether you are looking for sporting challenges on the mountain or rest and relaxation in the alpine recreational landscape.

Whether you enjoy a city stroll under the romantic old town arbors or the magnificent panoramic view from the sunny balcony Muttersberg. Hardly any other city in the Alps sums up the scenic diversity of the mountains better than Bludenz. For more travel articles about Austria check this category. Below we are listing best places to see in Bludenz.

In the pedestrian zone of the old town lives a very special kind of socialising. In our numerous cafes you will experience this Austrian tradition whilst surrounded by great shopping.

Whilst on the outskirts there is a wide range of leisure and sports facilities which thrill both in summer and in winter.

We suggest take a walk in the old town because is one of the best places to see in Bludenz.

2. Lünersee Lake near Bludenz (One of the best places to see in Bludenz) 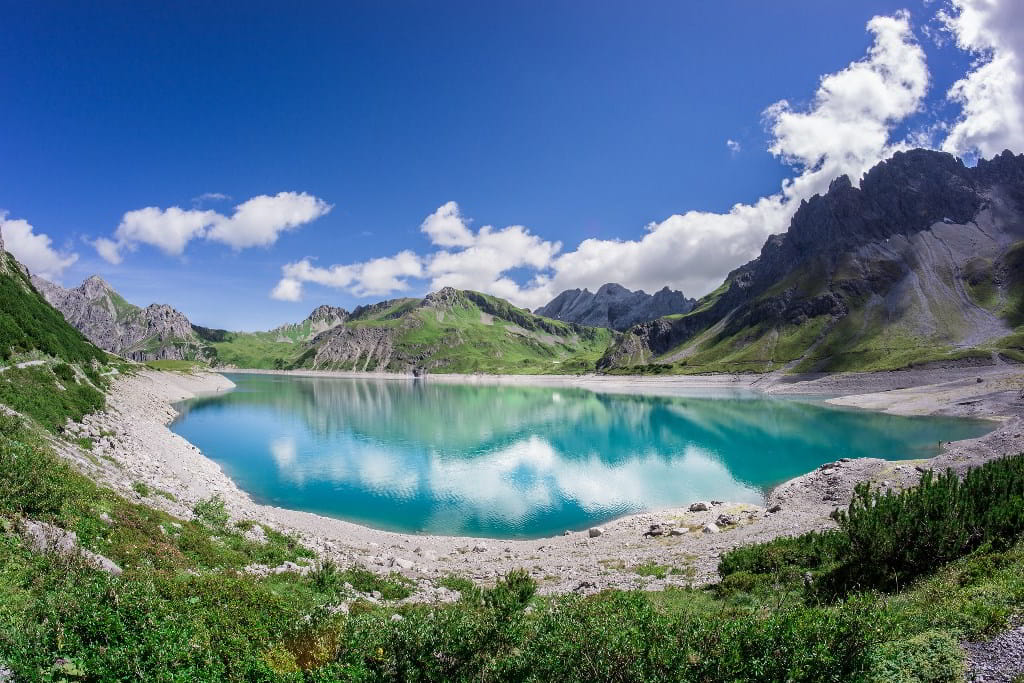 The Lünersee, once one of the largest natural mountain lakes in the Eastern Alps, is 1,970 m above sea level.

It is located at the end of Brandnertal, but belongs to the Vandans municipality in the Montafon.

Families, mountain fanatics and nature lovers can find plenty on offer here. The Lünersee is the starting point for many hikes, including that up to the Schesaplana, the highest mountain in the Rätikon.

The unique nature of the Rätikon, the fresh mountain air and a breath-taking Alpine panorama make the visit a one-off experience. 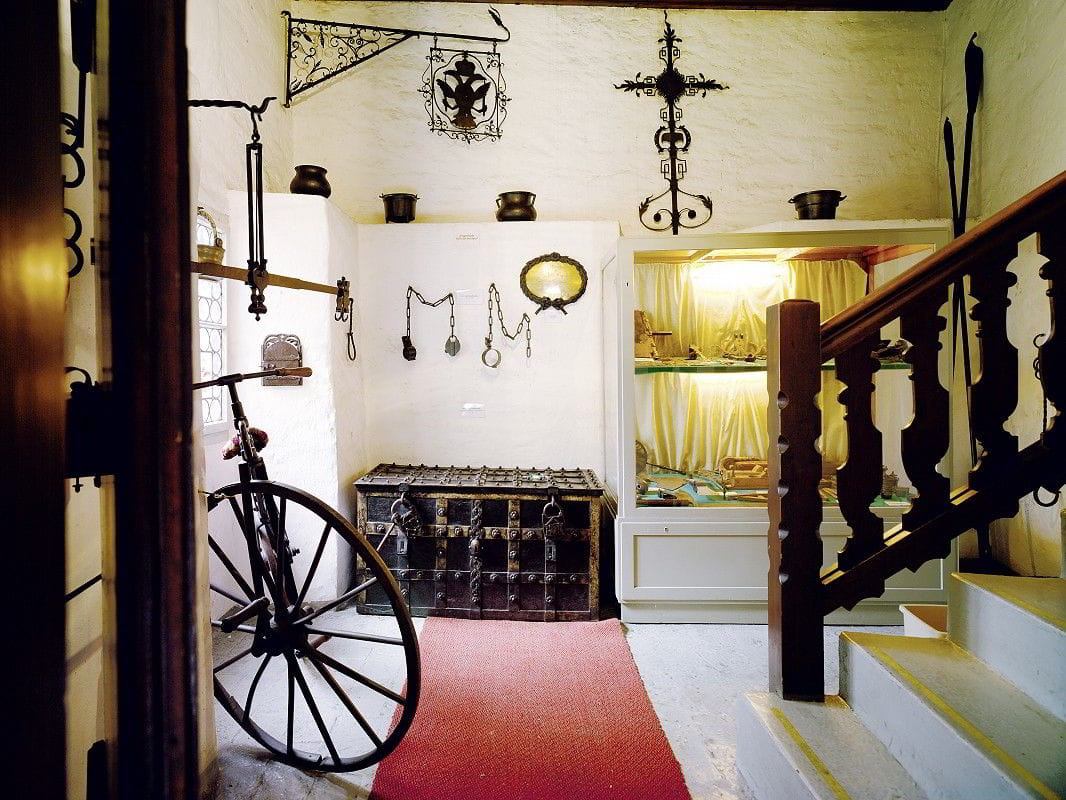 City Museum or Museum der Stadt Bludenz Oberes Tor. In 2002, the Bludenz Region History Association made the Bludenz City Museum its theme on the occasion of the 80th anniversary of its opening.

The city of Bludenz subsequently commissioned a museum concept and the recording of the inventory.

Since January 2019, the permanent exhibition in the Upper Gate has been renewed as part of a project funded by the Leader program of the European Union.

The District Commission Bludenz has been housed in Gayenhofen Castle since the establishment of the political administrative authorities in 1868.

In 1956, when many Hungarian refugees poured into the country, it served as accommodation for asylum seekers.

In 1959, the city of Bludenz transferred the castle, which it had owned since 1937, to the state of Vorarlberg free of charge, on condition that it was used as an official building for the district administration.

As a result, the listed building was rebuilt in around three years of construction. On October 26, 1963, today’s official building of the Bludenz District Commission was officially opened.

Central building according to plan by architect Albert Otto Linder, built between 1932 and 1934.

Glass painting by Carl Rieder (see also Lustenau) in 1934 in the arched windows four angels and symbols of the eight bliss, in the circular windows of the corridor the 12 apostles;

In the Theresienkapelle five-part window with Jesus and Maria, Josef, Kolping and St. Hildegard, above the gallery Pope Gregory the Great, Pope Pius XI
and regional bishop; in the baptistery St. Christophorus, prodigal son in the confessional chapel; in the sacristy St. Johann B. Vianney, Don Bosco and Tharcisius.

It is an adventure to experience monastery life for a few days or weeks to recharge your batteries and to experience that there is something that makes you happy from within, that lets you breathe a sigh of relief and find your true purpose.

The silence and the monastic atmosphere open the heart to God and others. Dominican women have lived here since 1286, i.e. for 734 years.

God only knows what prayer and sacrifice the sisters do for the people in Bludenz and all over the world.

7. Nepomuk Fountain (One of the best places to see in Bludenz)

The Nepomuk Fountain in the middle of the old town of Bludenz was built in 1730.

The stone statue was designed by the Austrian sculptor Johann Ladner.

The monument represents St. Nepomuk, who is considered the patron saint against defamation and suspicion.

High above the old town, the St. Laurentius Church with the distinctive onion dome, together with the baroque Gayenhofen Castle, forms the town’s landmark that can be seen from afar.

The St. Laurentius Church is one of the outstanding places of worship in the region.

The bell tower was built from 1667 to 1670 according to the plans of Feldkirch’s Jesuit father Maximilian von Lerchenfeld.

A three-storey octagonal tower with arched openings and an onion hood follows the square base tower, which has four busts of the Gospels at the top at the corners.

The ringing consists of five bells, two of which are so valuable that they were not melted down in either of the two world wars.

9. Milka Ladele (One of the best places to see in Bludenz) 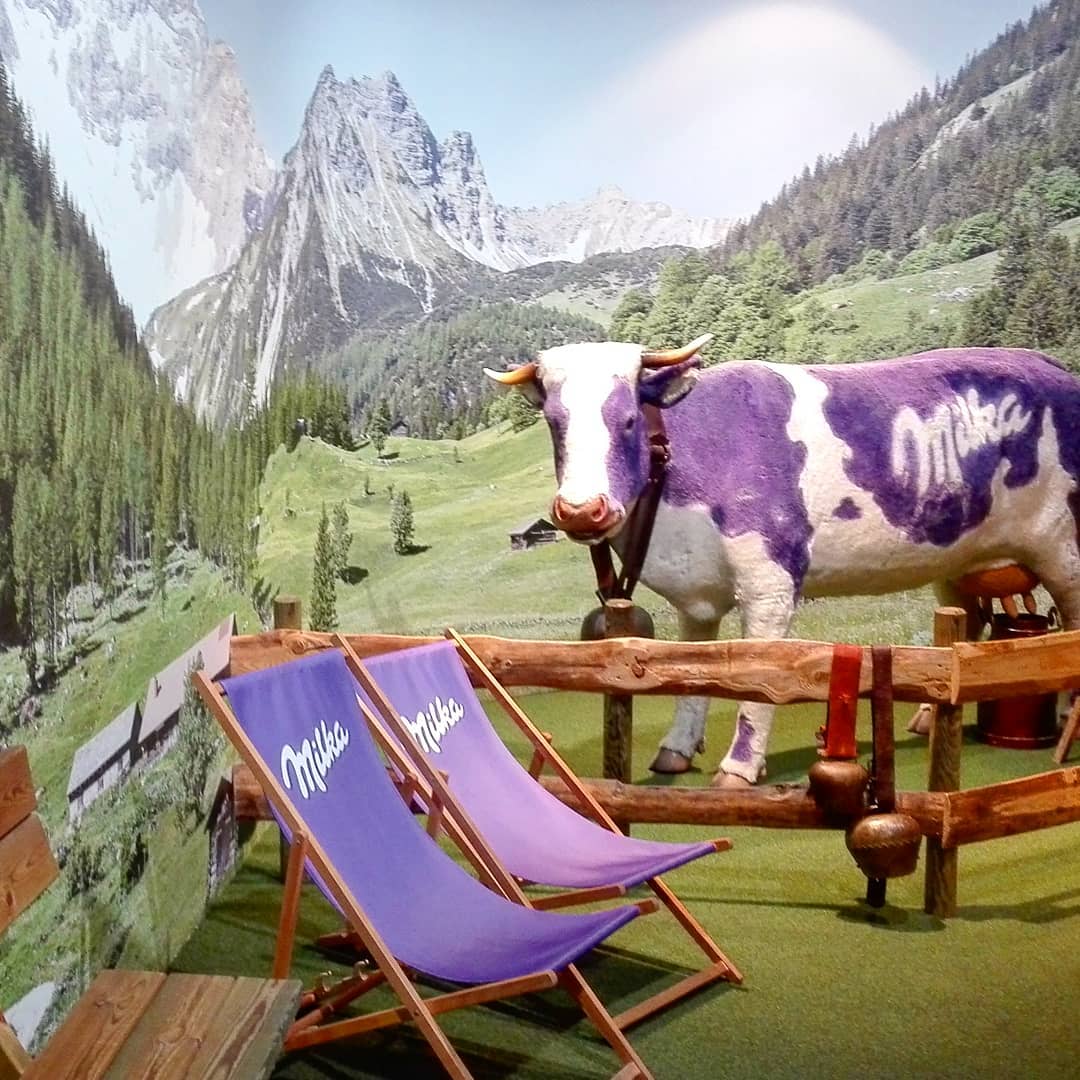 There is no need to introduce the name “Milka” which is a brand with a long tradition and the popular Milka Alpine milk chocolate has been produced in Bludenz for over 100 years.

The Lädele is a real experience shop and offers a journey of discovery through the realm of chocolate specialties and also great collector’s items! 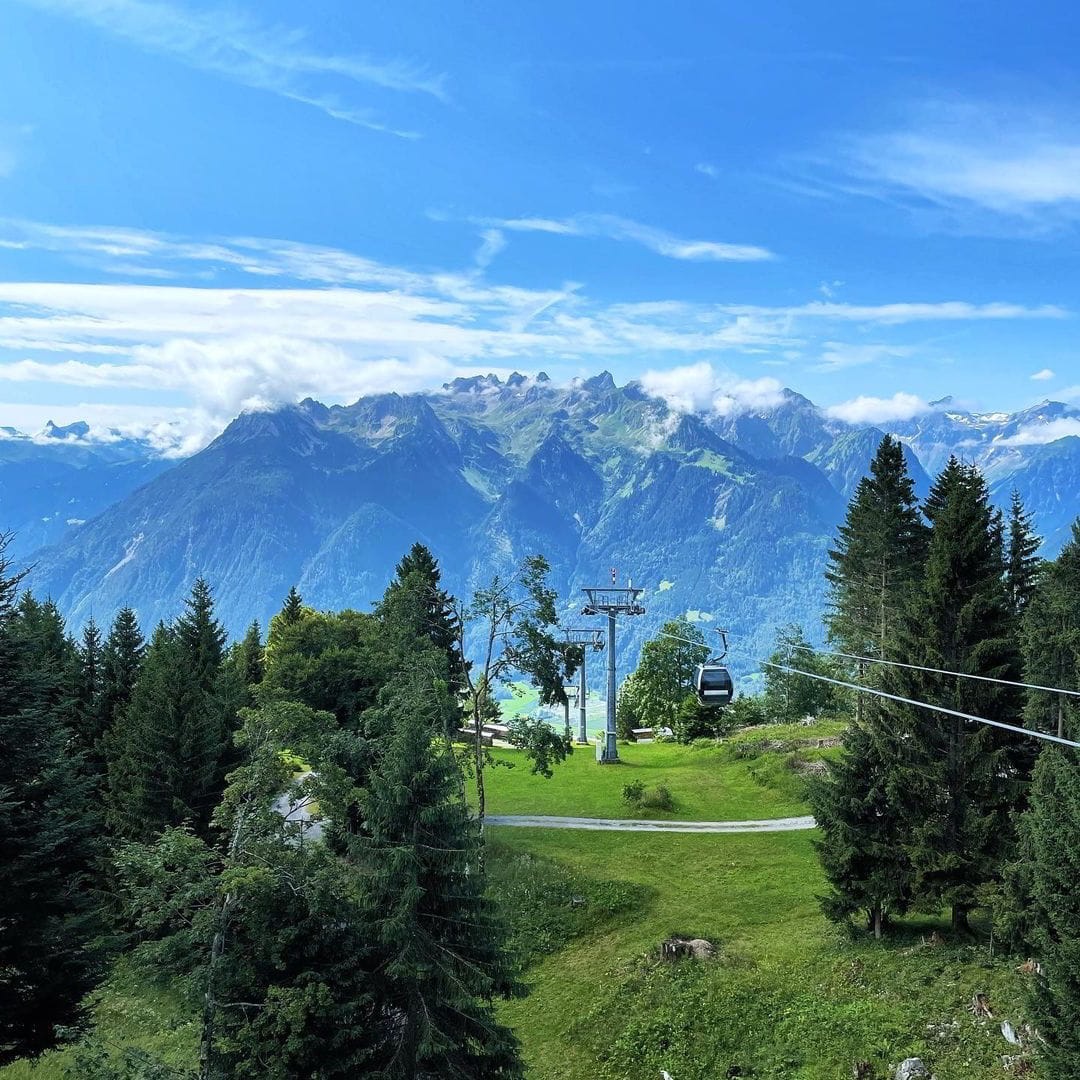 Bludenz’s local mountain is the excursion destination in the region and, so to speak, the sun terrace of Bludenz-Nüziders at 1,401 meters above sea level.

Numerous hiking routes start here. The Muttersbergbahn makes the ascent easier for families and non-hikers to the breathtaking panoramic views and you can enjoy the sun in the alpine inn.

Enjoy the mountains and float effortlessly up the Muttersberg to reach the untouched winterwonderland of Bludenz and Nüziders. We suggest trying a Cable car ride because Muttersberg Mountain is one of the best places to see in Bludenz Austria.

Up there you will enjoy breathtaking views of the surrounding mountains. Below you will find the operating and opening hours of the Muttersberg Cable Car. 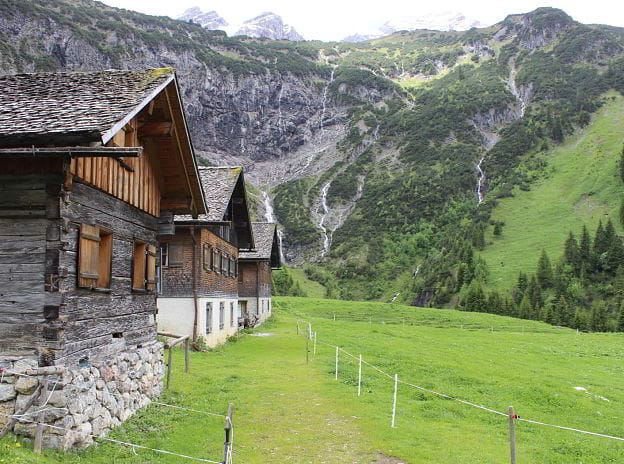 You can discover the unique natural jewels of the valley: with its alpine gardens and flower meadows, its lakes, rivers and high-alpine peaks, its culinary specialties and warm hosts. Just let go sit back and enjoy.

The region was included by UNESCO in the list of model global regions for sustainable livelihoods and economies.

The 18-hole golf course Bludenz Braz , harmoniously integrated into the landscape, between the Alpine town of Bludenz and the entrance to the Klostertal, offers an impressive picture.

The imposing backdrop makes golfing in Bludenz Braz a lively experience in the south of Vorarlberg.

In stages , it goes up in an impressive alpine natural landscape with golfing challenges for advanced as well as beginners.

For people who love golf we suggest to go because Bludenz Braz is one of the best places to see in Bludenz.