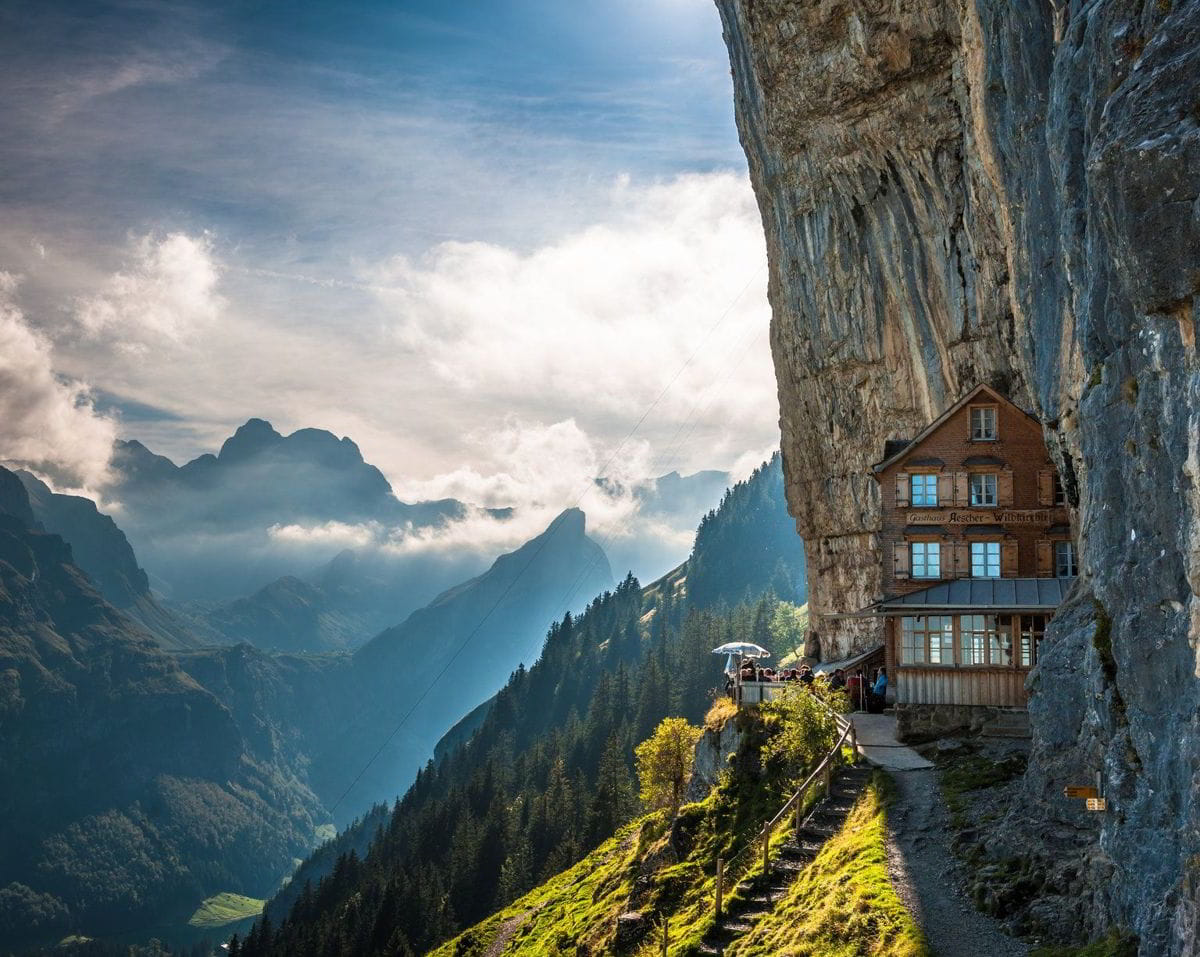 The Wildkirchli has been particularly attractive for centuries and is one of the most popular tourist destinations in the Appenzellerland. With the cable car you can comfortably float from Wasserauen to the Ebenalp. After a short walk on the well-developed hiking trail, you will reach the hermitage and the chapel through the caves. 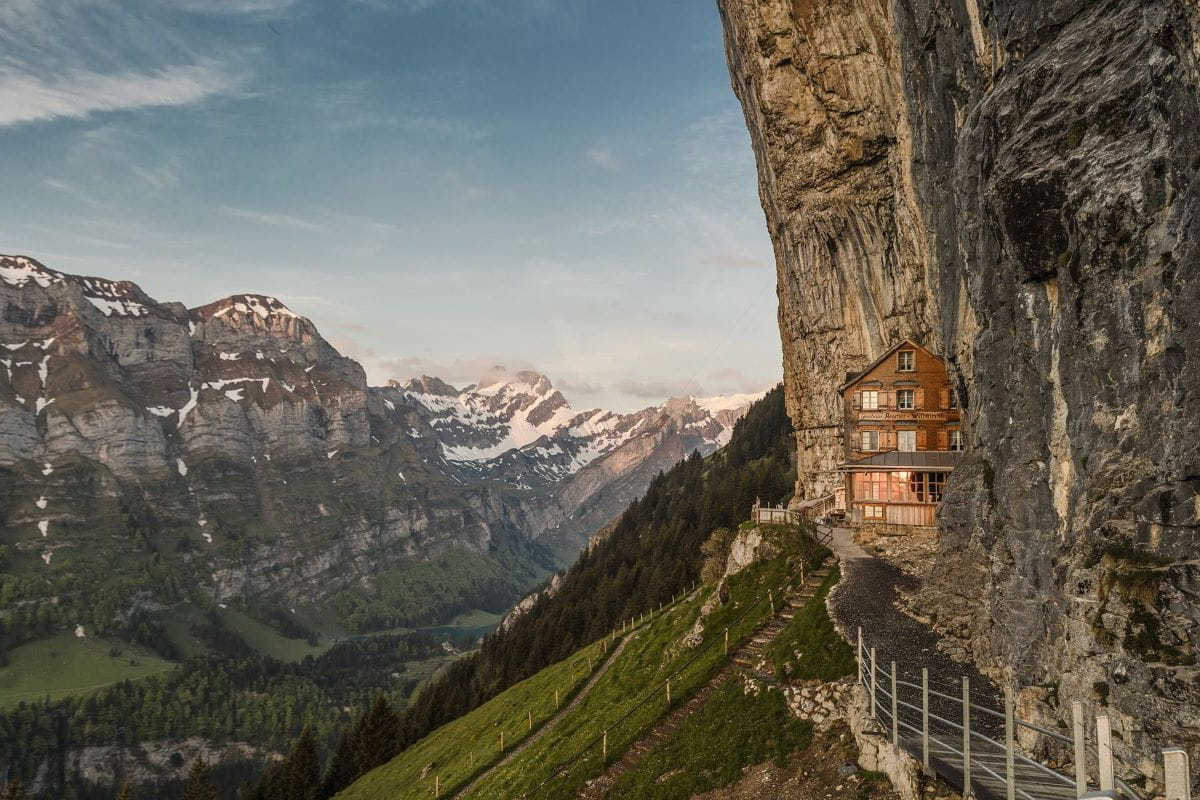 The cave chapel was founded in 1621 by the Capuchin Father Philipp Tanner. In 1658 the hermit’s house was built by Pastor Paulus Ulmann, where hermits lived until 1853, the bells rang during prayer times and the mountain hikers led through the caves with torches. Then the hermitage was converted into an inn. Today’s small museum replaced the inn in 1972 as a reconstruction of the former hermit’s house. After Wildkirchli, the path leads east along the rock face, past a wooden gallery, to the Aescher mountain inn. As early as 1800 the hermits and herdsmen began selling simple drinks and food on Alp Aescher. At the beginning of the 19th century, the alpine hut gradually developed into the Aescher mountain inn, which is one of the oldest in Switzerland. 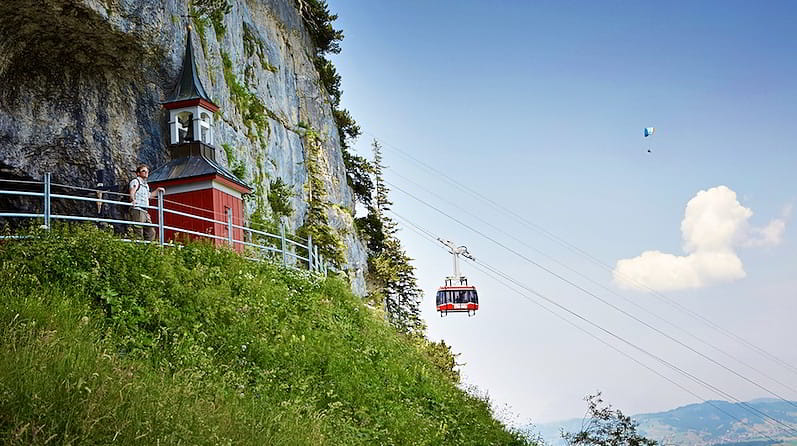 The Aescher and the Wildkirchli with their caves are true treasure troves of fascinating history which we would like to share with you. With the Aescher Specials we have created food and drinks which turn this magical historical place into culinary delights. Have you ever tried our Torch Coffee, the Aescher Becki or the Aescher Twenty?

Ever since, the place holds a fascination which has lasted through generations. Storys are told about small wild people which apparently used to live in in the Wildkirchcaves and helped the alpine dairy men. The Aescher has been a source of inspiration for poets and artists for centuries. Findings of stone tools and bones from cave bears show that the caves have been used as an ancient living space.