SpainGaliciaThings to do in Vigo Spain 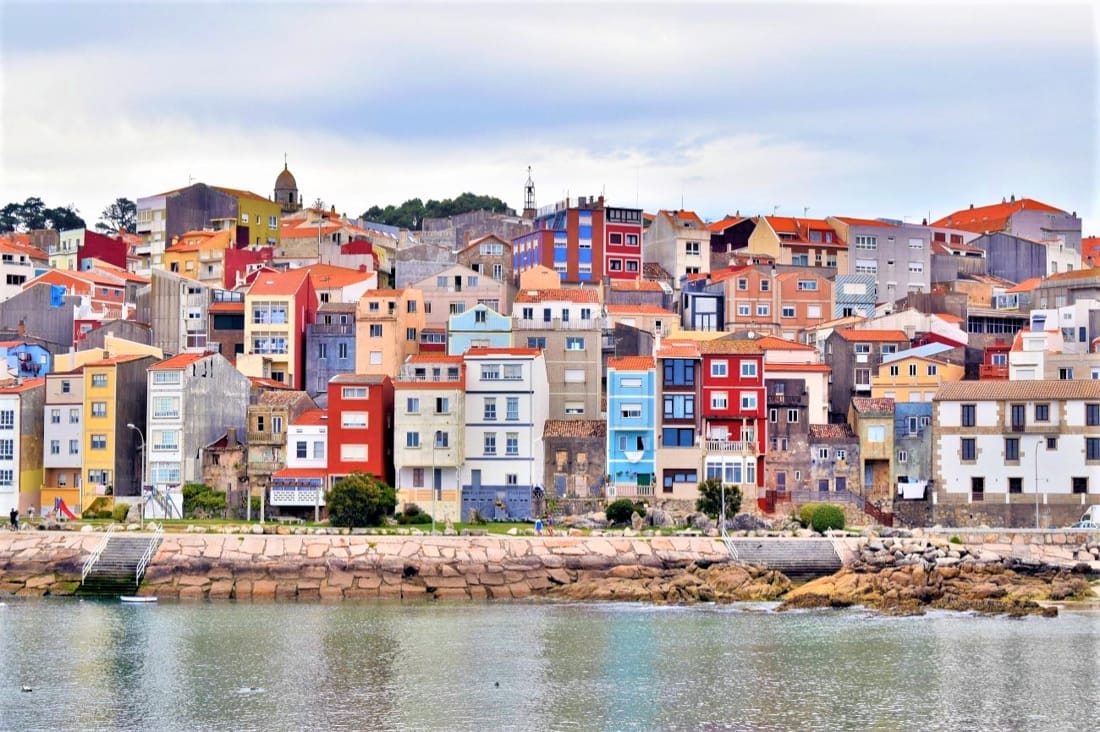 Its fishing origins have left us an old quarter with a strong seafaring flavour, which contrasts with the modern facilities of its marinas.Vigo is one of the largest city in Galicia region and you can discover the heart of the Rías Baixas. For more articles about Spain check Andalusia Region.

This town is an exceptional starting point to enjoy the towns of the Ría de Vigo and the Cíes Islands, integrated into the National Park of the Atlantic Islands.

1.The port of Vigo Spain

The port of Vigo, one of the best natural harbors in the world, gave rise to this town surrounded by mountains.

Its maritime qualities, already used in Roman times, have given rise to its current marinas, transatlantic pier and fishing and canning industry.

All this has contributed to the urban development of Vigo, in which the popular seaside farmhouse is combined with important historical buildings and large landscaped avenues.

2.Alfonso Walk (That’s one of the best things to do in Vigo)

When you get tired of walking between boats, you can go to Paseo de Alfonso. What better plan than to take a break overlooking the estuary in this central viewpoint.

At this point you will also find the oldest olive tree in the city, with more than 150 years. This apparently humble tree is closely linked to the history of the city of Vigo, known by the nickname of the olive city, since in the Middle Ages it was completely surrounded by olive groves.

Specifically, this specimen comes from a cutting of an olive tree planted by the Knights Templar between the 12th and 13th centuries and which, unfortunately, was felled in the 19th century.

The Vigo Cathedral, popularly known as La Colegiata, is one of the best examples of religious architecture in Vigo. Visiting this cathedral is one of the things to do in Vigo Spain. Nestled in the historic district of Vigo, it was erected in 1811 on top of another previous church. The temple, commissioned to Melchor de Prado y Mariño, has a basilica plan with 3 naves, and has a façade with simple ornamentation.

In 1861 the architect José María Ortiz y Sánchez drafted the building’s construction project. After several years of changes and additions, the works were completed in 1880 as indicated by the marble plaque on the main facade, although in reality changes and reforms continued.

In addition to being a prison, the building ended up being a Palace of Justice; In the rectangular body, facing Principe Street, the Courts were installed and the jail in the rest of the building. The remodeling of the building began in 1999 and ended in 2001, to turn it into the contemporary art museum of the city, currently owned by the municipality.

Now that you have worked up your appetite with a pleasant walk, I advise you to head to Praza da Pescadería, popularly known as Mercado da Pedra, to taste the most genuine dish in the city: oysters.

Tradition calls for buying them on the spot in one of the typical stalls (they are sold by the dozen) and tasting them fresh at the tables of any of the establishments in the square.

The hermitage dedicated to Nosa Señora da Guía was born from a project by the architect Manuel Gómez Román, in 1952, although the idea of ​​erecting it on the top of Mount de la Guía was not new.

The temple is inspired by the Santiago Baroque style, and consists of two areas of arcades on the sides.

The church with a basilica plan with a polygonal apse stands on top of a platform built on a wall. In one of its angles there is an image of the Virgin.

The main entrance with a straight pediment stands out from this construction, and the great tower as the center of the complex.

The garden is the result of the reforms carried out in the last third of the 19th century by the Duke of Alcedo.

The garden, on the back façade of the pazo, is structured in three levels of very different character: the rose garden linear in character and where the well-known Prince of the Waters fountain is located the French garden (made by a Portuguese gardener), geometric type with trimmed box hedges and the English garden also called the Tea Meadow.

Visit this castle, on our opinion is one of the best things to do in Vigo. To get the best views of Vigo and the entire estuary, we recommend you go up to the ruins of Castelo de O Castro, much better if it is at sunset. It is actually an extensive park where it is worth missing a couple of hours if it has been a sunny day.

9.Old Town (That’s one of the best things to do in Vigo) 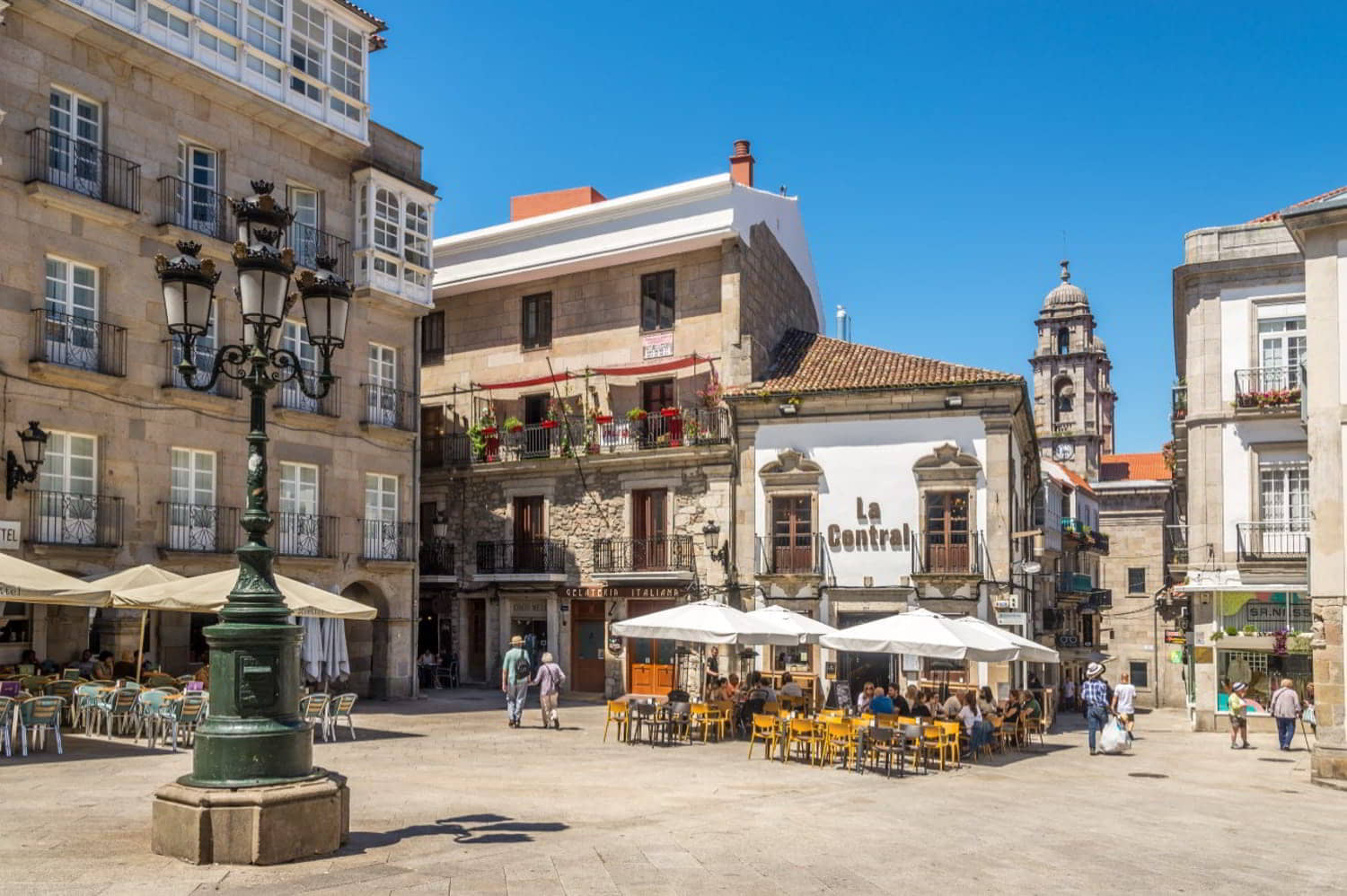 The old town, the Cidade Vella, revolves around the old fishing district of O Berbés, near the port. In this neighborhood, of Historic Tourist Interest, are the arcades of the Plaza de la Constitución, fishing streets and emblazoned houses.

It is a neoclassical construction erected on the remains of a Gothic church burned down by the pirate Drake. In this area we can visit the Mercado do Pedra, a unique place to buy and taste Galician oysters. We suggest to spend some time in old town because is one of the top things to do in Vigo Spain.

Very good landscape, top quality water and a fair temperature. Amazing sand, not that crowded, beautiful landscape. If you are plannig to visit this city in summer we recommend you visit Del Vao Beach.

A bit windy but not a problem. This beach has showers and toilet. Very good for families with kids as the water is calm.

Things to do in Vigo Spain:

Valencia is the third largest city in Spain. In this article, our bloggers have listed the 13 most interesting places to visit in Valencia....