Things to do in St Gallen Switzerland

Our bloggers have listed Things to do in St Gallen (Switzerland). There are many things to see and do in this beautiful city, but the highlight really has to be a visit to the Abbey, Library and Cathedral of St Gallen. 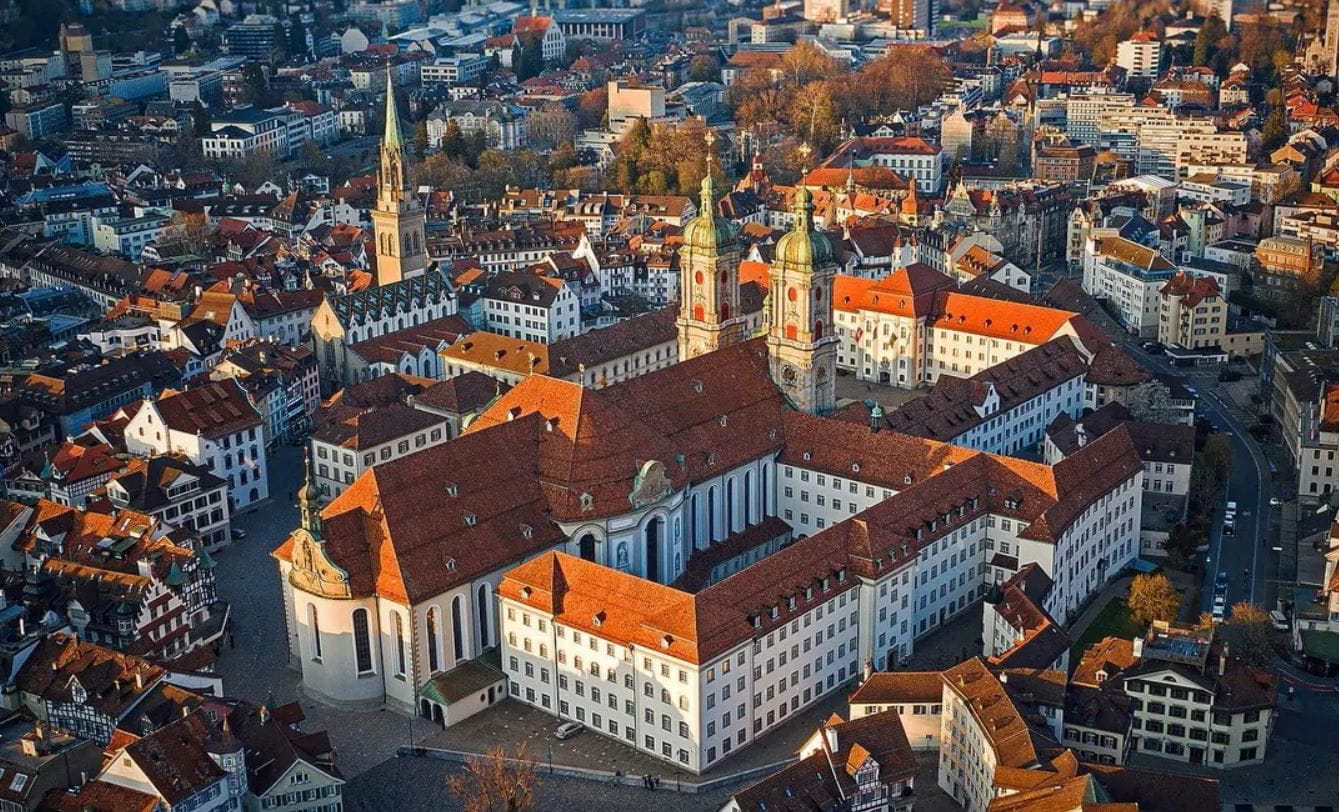 Theses magnificent buildings are on the UNESCO World Cultural Heritage list and are definitely worth a trip! 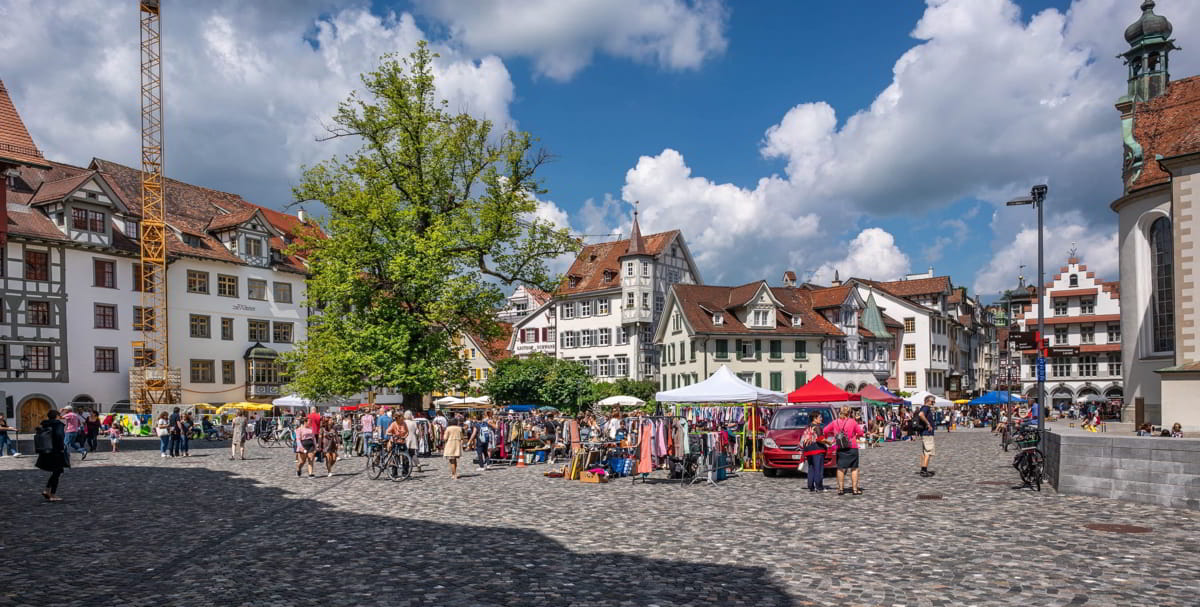 Numerous manuscripts were created in the monastery and are still there to this day. The monastery library, built in 1758 and one of the most beautiful historical book rooms in the world, is a tourist magnet and excursion destination.

The library, which is still active today, has around 170,000 books. Special sights are the over two meter high globe from the 16th century and the Egyptian mummy of the Schepenese, which has been owned by the library together with its sarcophagi since 1836.

Their lifetime is estimated to be from about 650 to 610 BC. Chr. Indicated. The monastery library is also a real splendor from an architectural point of view: the artful, curved hall with its ornamented inlaid floors, the wood-paneled, column-adorned bookcases and richly stuccoed ceiling paintings is a Baroque work of art.

St.Gallen also lives another tradition in addition to the UNESCO World Heritage Site Abbey District of St.Gallen and the textile country of Eastern Switzerland. The local football club, FC St.Gallen, is the oldest football club in continental Europe. 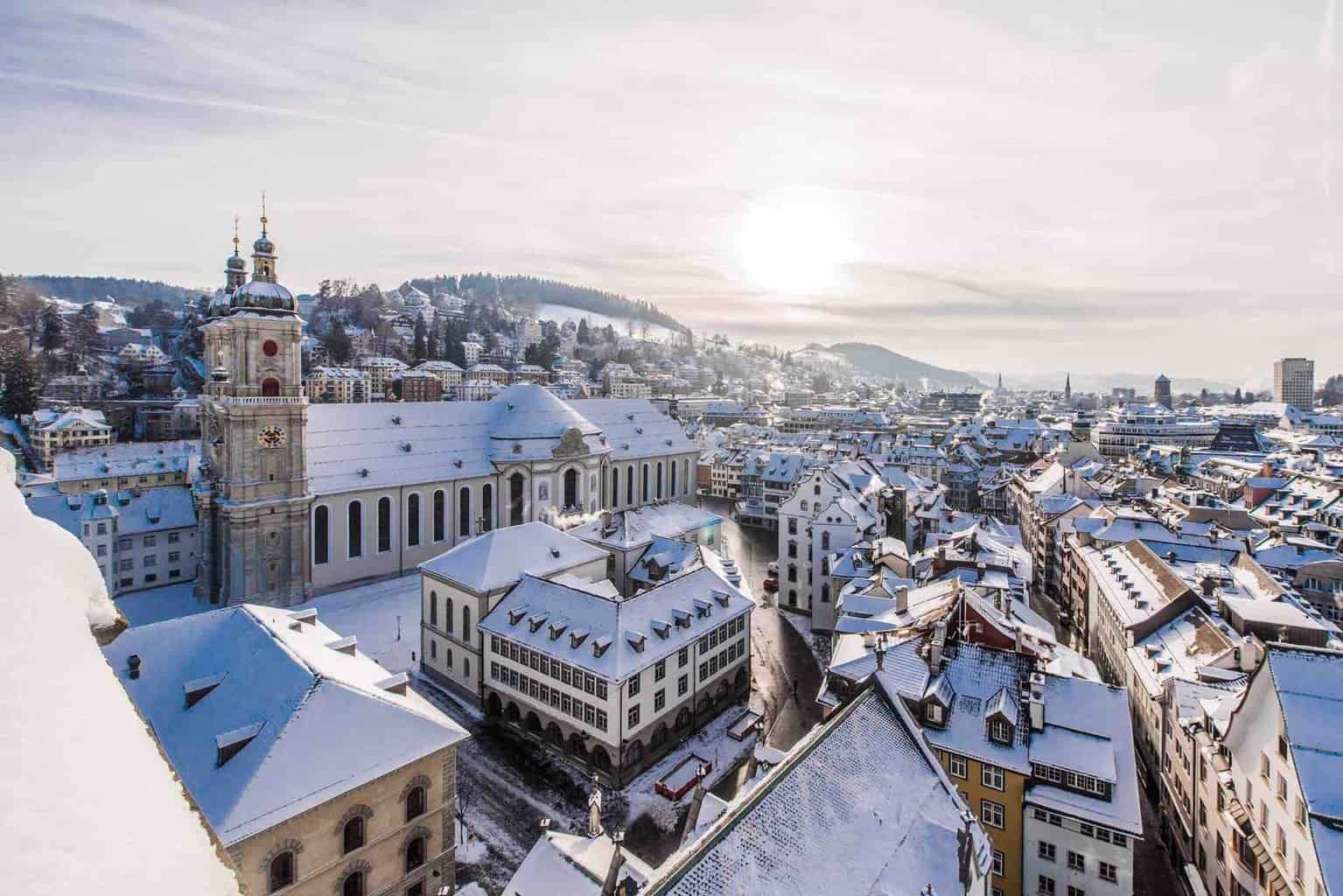 The city of St. Gallen has a long tradition of textile production and processing which began in the Middle Ages and continues to this day.

During the Middle Ages, the area excelled in linen production: Flax, which supplies the raw material for linen, thrives in the Lake Constance region and so business flourished as a result. 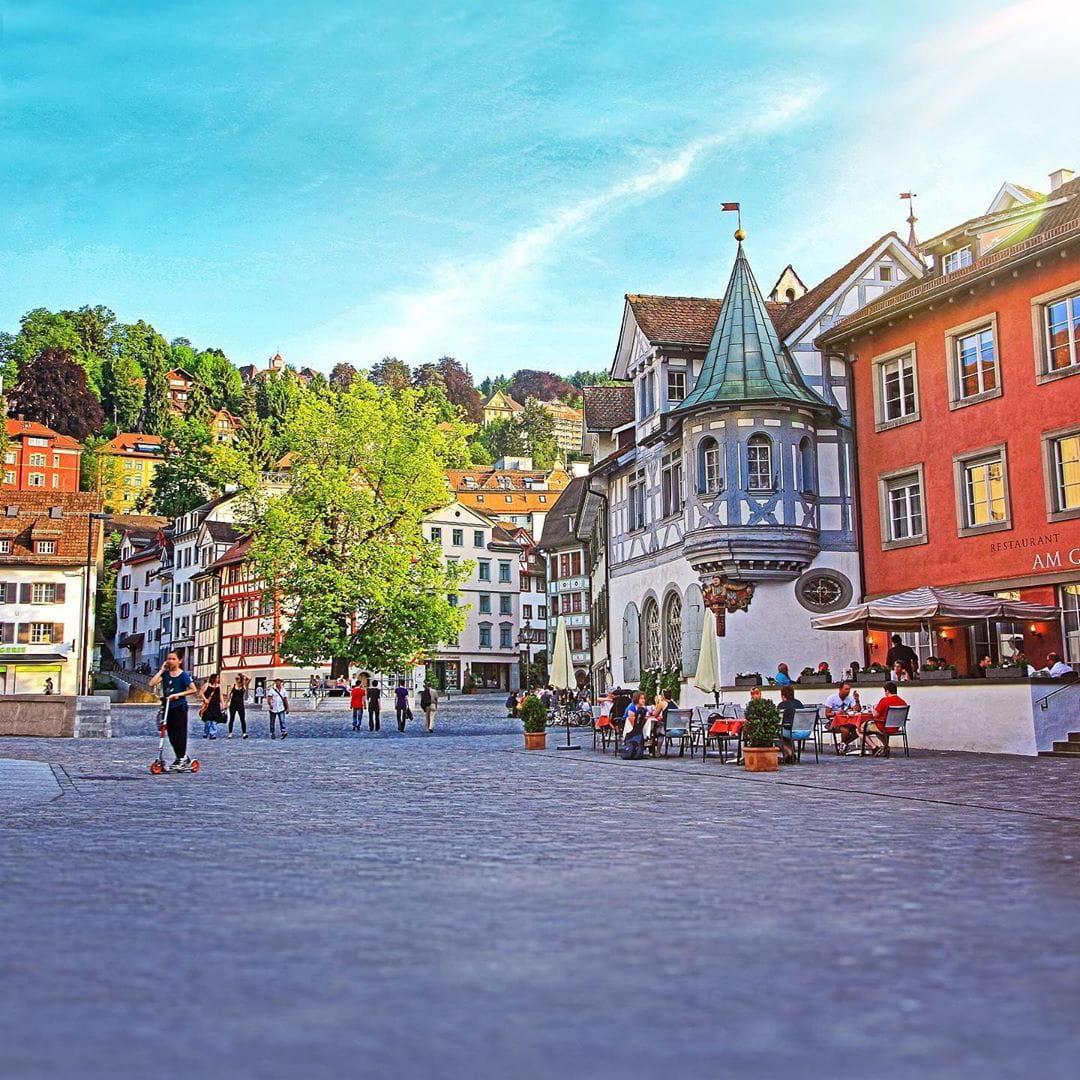 Linen fabrics from St Gallen are known for their high quality and were already exported around the world at that time. Below you can find best things to do in St Gallen. 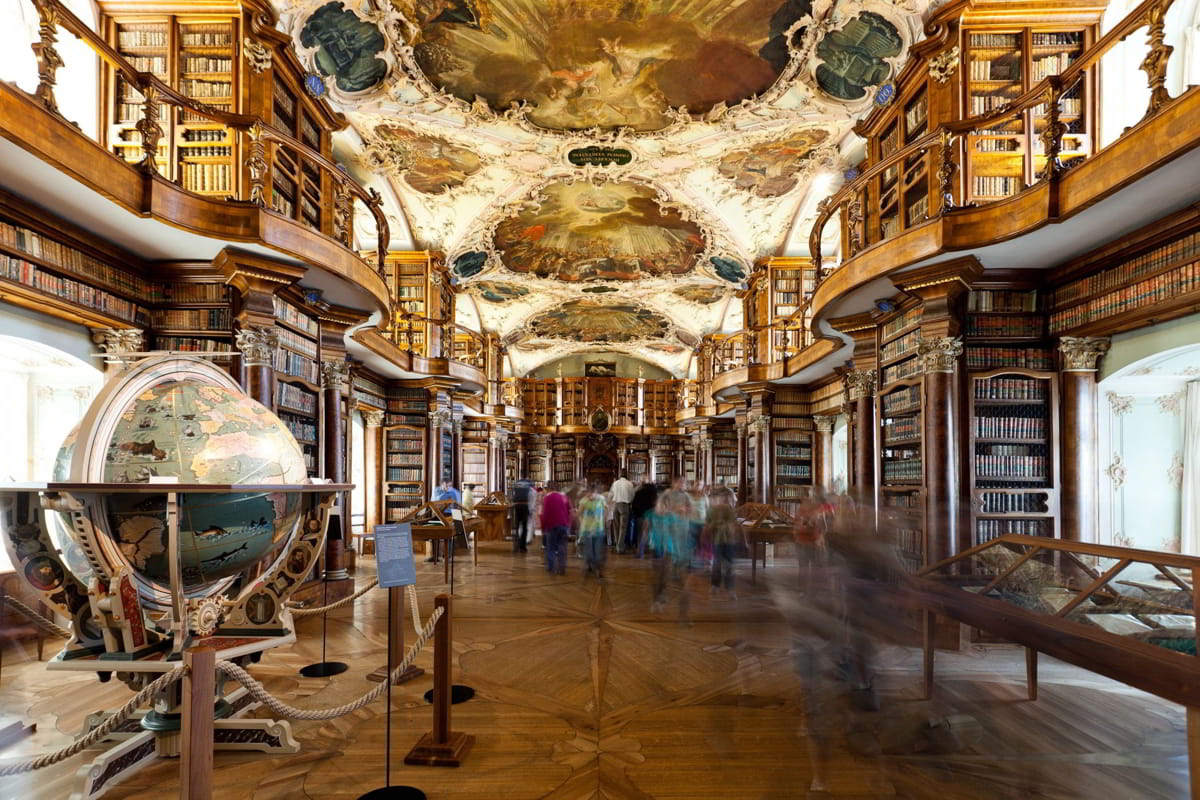 The abbey library is one of the oldest and most beautiful libraries in the world. As early as the 8th century, the St Gallen Abbey had an important collection of books.

Today’s library room was built between 1758 and 1767 under the direction of the Bregenzerwald master builder Peter Thumb. The changing exhibitions of valuable manuscripts and unique items give a lasting impression of the St Gallen monastery culture.

The baroque hall of the monastery library surprises with its rich Rococo furnishings and is considered one of the most beautiful in the country. The library, which is still active today, has around 170,000 books.

The impressive collection of early medieval original manuscripts makes this institution world famous. Over 400 volumes are more than 1,000 years old.

On the Säntis and Schwägalp, we put the fog at your feet – and much more. Here in the mythical mountains and one of the most beautiful natural areas in Europe, a multitude of possibilities and a unique view over 6 countries await you.

The Säntis proudly towers over the Lake Constance region – the unforgettable ride on the suspension railway up to the Säntis takes ten wonderful minutes.

Experience the fascinating natural landscape and let your gaze wander over 6 countries, Lake Constance and the Alps.

In the new adventure world “Säntis – the Wetterberg” you dive into the fascinating world around the topic; Weather, weather phenomena and 360 ° panorama. Marvel at the unique world of experience and enjoy the unique mountain panorama on the summit paths and panoramic terraces.

The Irish wandering monk Gallus laid the foundation stone of the abbey in 612. A good 100 years later, Abbot Otmar revitalized the monastery and turned it into an important center for writing and illumination.

The spirit of the Benedictine monks can still be felt in the historically impressive walls. The abbey library – also known as the soul pharmacy – has what is probably the most beautiful rococo hall in Switzerland.

In addition to the 170,000 books, it houses one of the most important autochthonous manuscript collections in Europe from the Middle Ages. 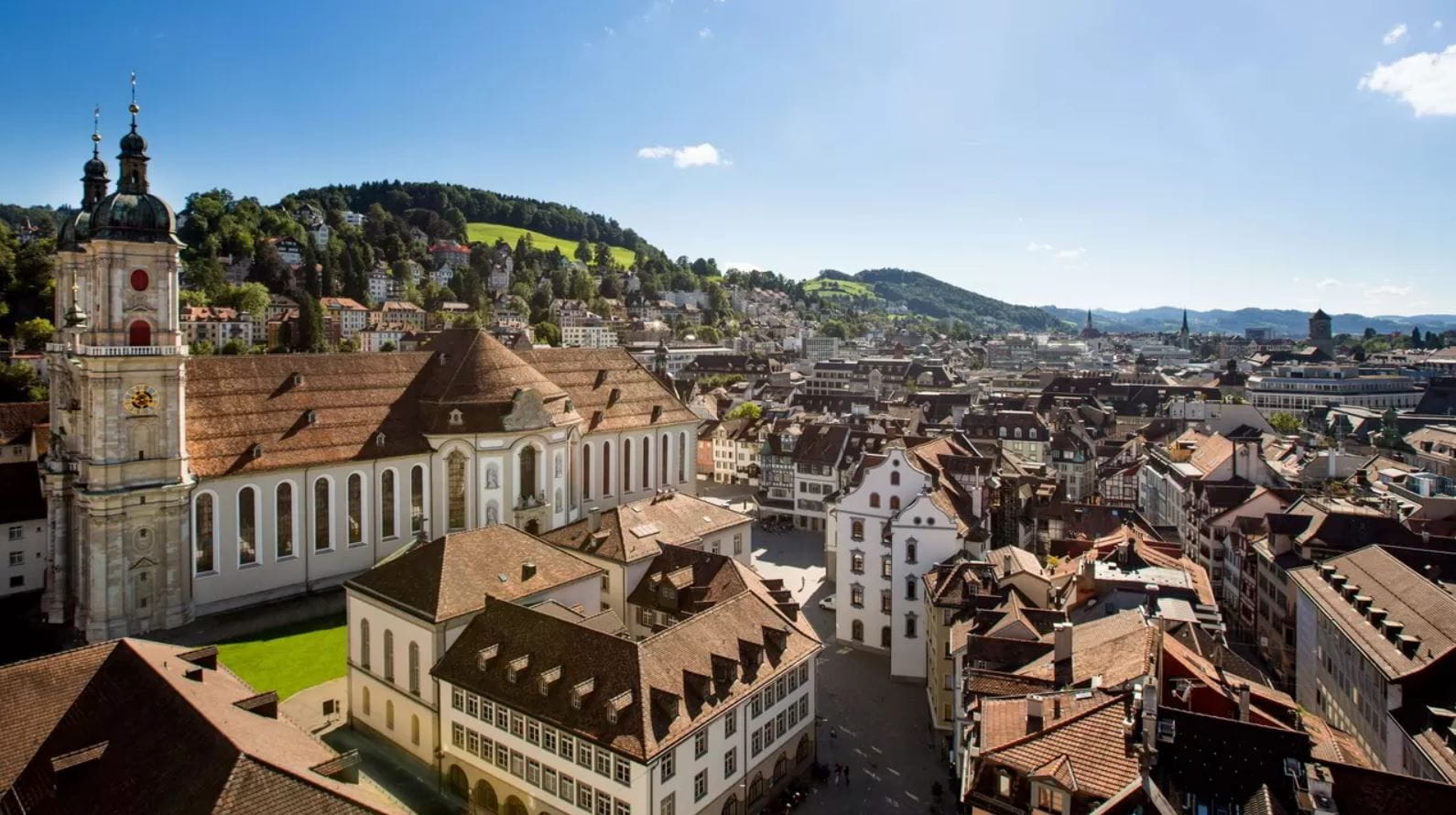 Without the monastery, St Gallen would not have existed, because neither a traffic junction nor a special location for the creation of a city.

The author, Gallus, who probably came from Ireland, was looking for the opposite: around the year 612 he wanted to retreat to a wasteland that he found in the high valley of the Steinach.

And yet St. Gallen Abbey became one of the most important monasteries in Europe. It is difficult to avoid for an understanding of the early Middle Ages, as the monastery archive has the largest collection of Carolingian documents and the state library has the richest number of manuscripts, incunabula and books of that era.

The baroque abbey visible today, which is itself an art monument, guards the legacy of a monastery and cultural history that goes back over 1,200 years. 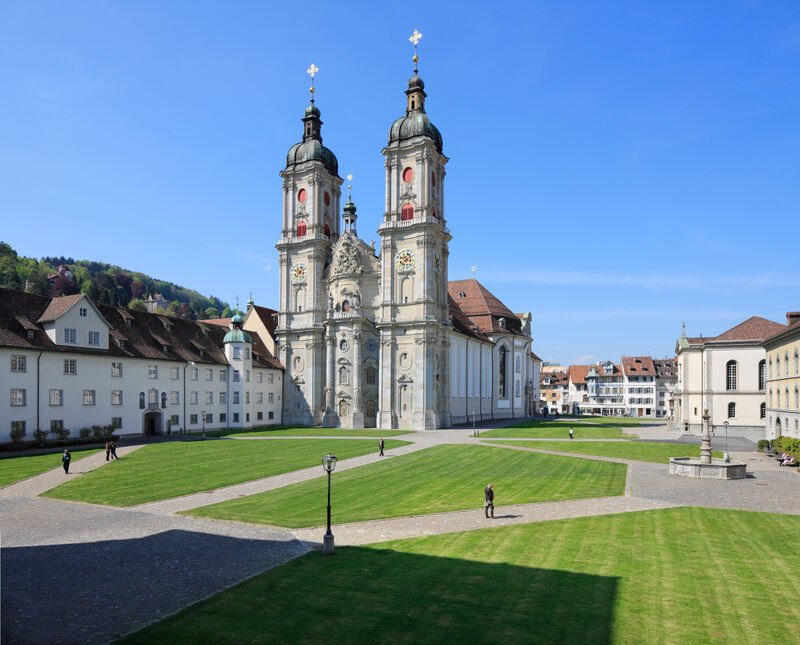 The beginnings of the monastery, which St. Otmar founded around 720, were modest. However, as a result of gifts of goods for the salvation of the soul and political connections to the Carolingian and Ottonian courts, it quickly grew to the greatest importance.

Emperors and kings of the empire visited it. The monastery, in keeping with the policy of Charlemagne and his successors, was on the one hand showered with generosity, but on the other hand it was used by the empire as a tool in education and for governance.

Abbot Grimald (841 – 872) was Chancellor, i.e. he held a staff and key position in the imperial administration. And Abbot Salomon (890-919) was one of the most influential statesmen in the East Franconian Empire for more than three decades. 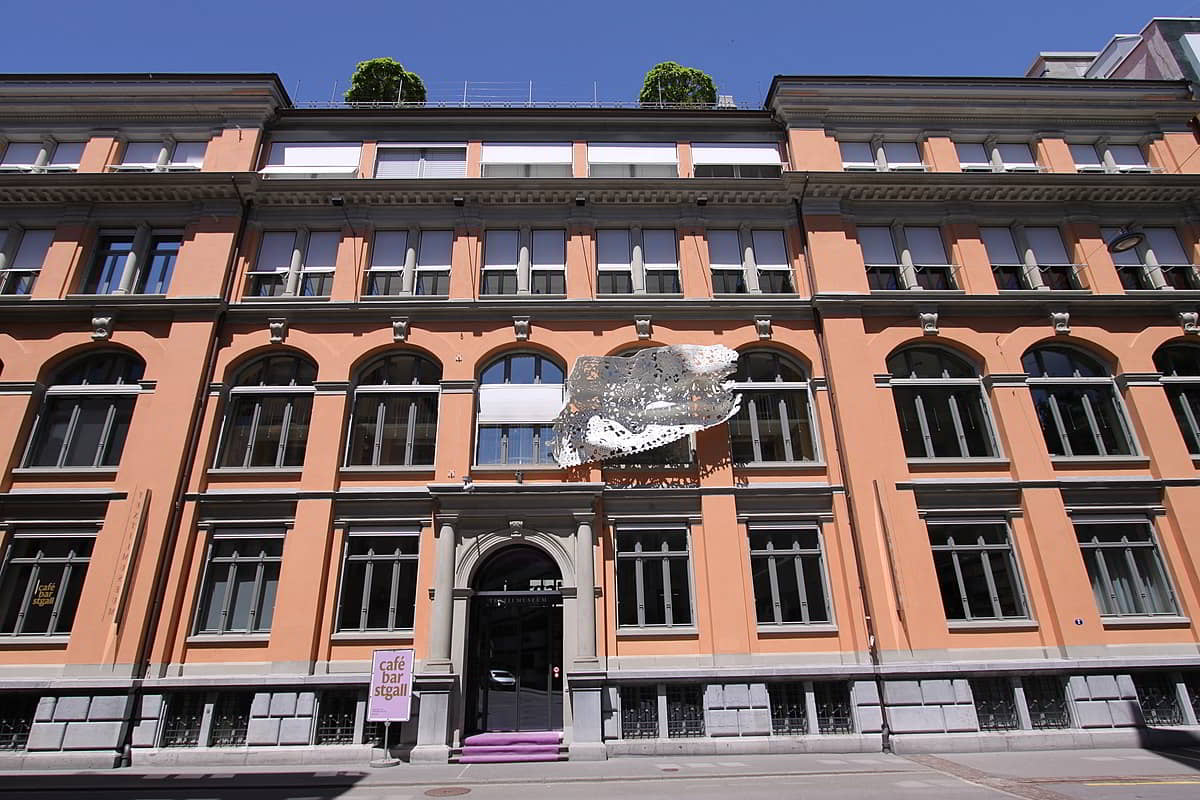 In 1863, the St.Gallen Merchants Association began to collect templates for local producers around the world. In 1878 the museum was founded due to the growing stock. The “Palazzo Rosso”, built in 1886 for reasons of space, has since housed the museum and library.

Exquisite fabrics and embroidery make the fascinating world of textiles tangible here. As a highlight, visitors will see fabric creations that will be presented on the international catwalks for the next season. 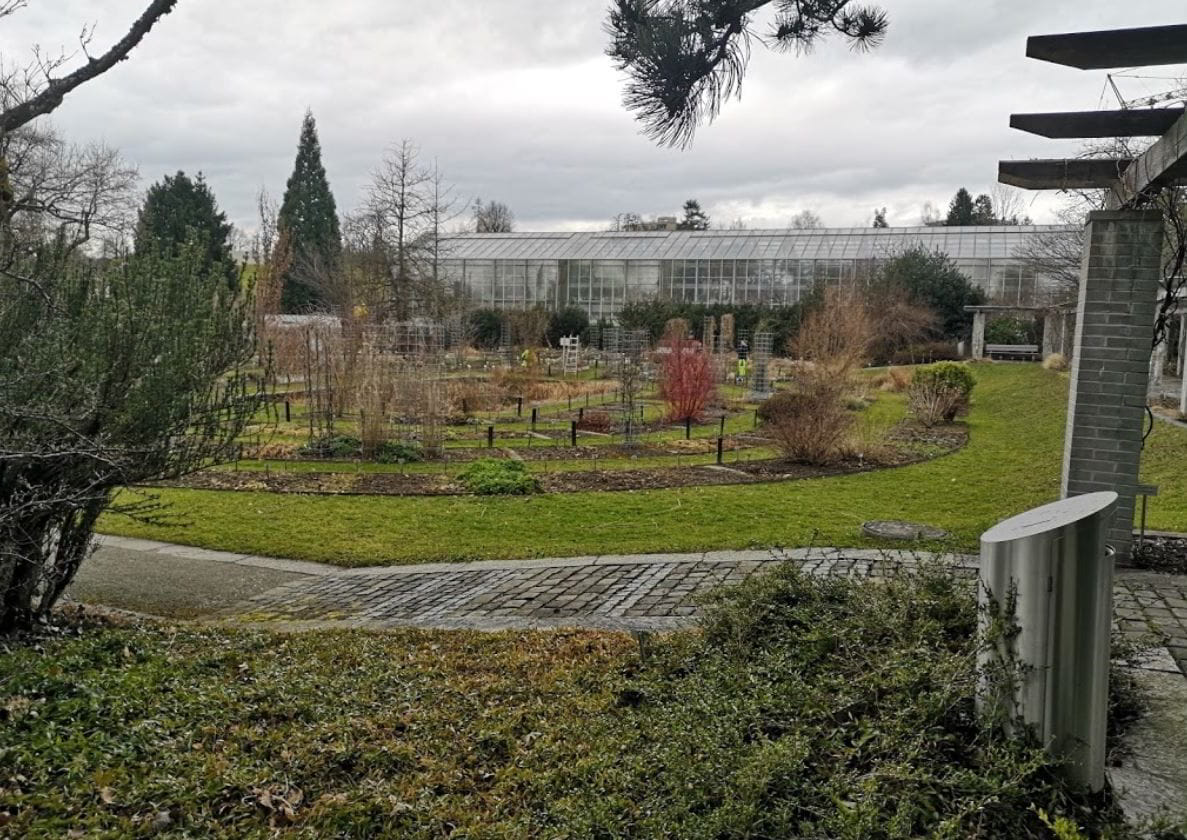 The Botanical Garden is situated a bit outside the city center. The Garden is a very peaceful oasis and houses a collection of over 8000 different plants indoor and outdoor from across the globe in different sections.

The Botanical Garden St.Gallen dates back to 1878, when the founder Prof. Dr. Bernhard Wartmann planted his first plot in the City Park.

The Botanical Garden than moved first to another place and finally to Stephanshornstrasse in 1945. Here you can read about Hanspeter Schumacher who take care since 1986. 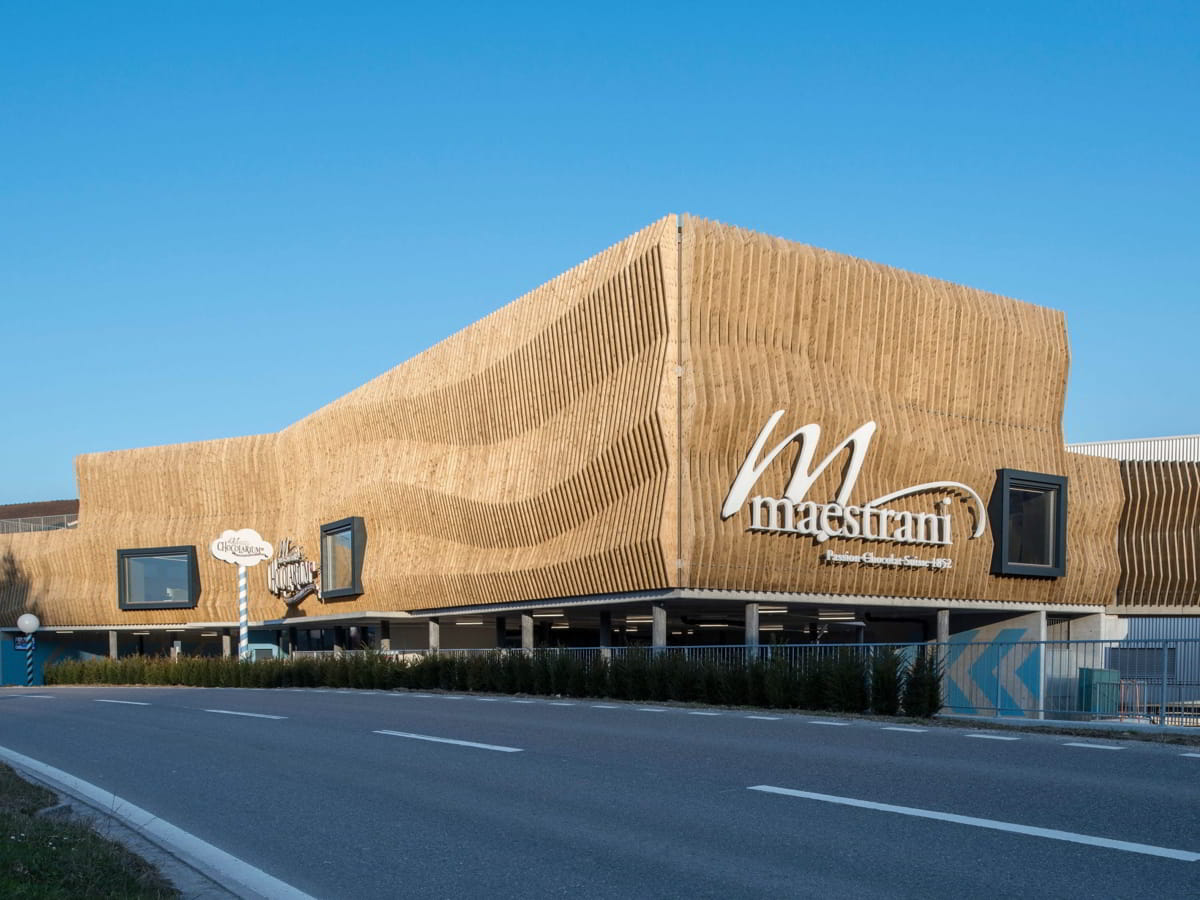 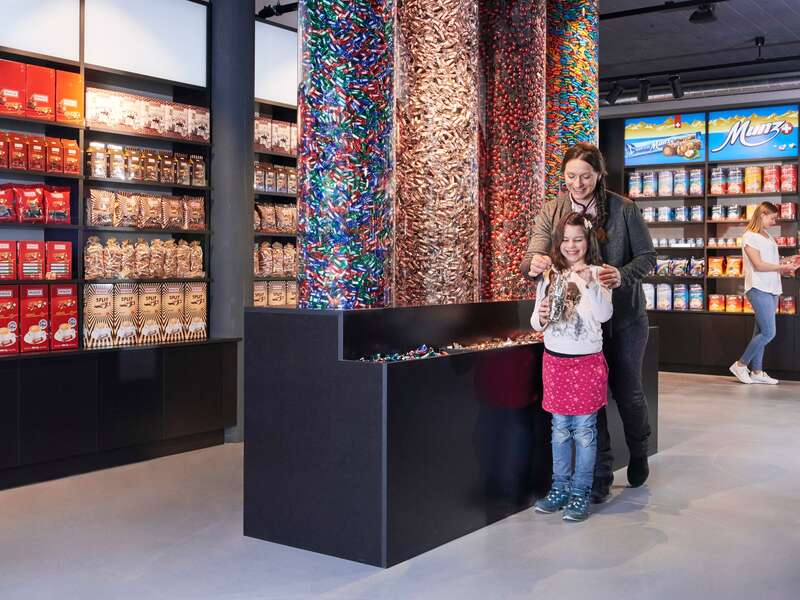 On the interactive tour, visitors learn all kinds of interesting and exciting facts about fine, sweet chocolate. Of course, snacking is also allowed. If you can’t get enough, you will find all sorts of delicious and various gift ideas in the chocolate shop. A visit to the cozy café rounds off the sweet experience.

The Peter and Paul Wildlife Park is located in the city of St.Gallen, on a hilltop near Rotmonten, on the eastern Rosenberg, 780 meters above sea level.

It invites you to relax and take a walk, as it is embedded in a charming, varied natural landscape, where open green spaces alternate with forest areas.

From different locations … The park is somewhere to see Alpine animals species as if they were in the wild.

Two thirds of the annual operating costs are financed by private sponsors and donations and one third by contributions from the city of St.Gallen, the municipality of Wittenbach, the local community of St.Gallen and the surrounding municipalities. We cordially invite you to become a patron of our wildlife park.

The Natural History Museum in St.Gallen invites visitors to explore the regional fauna and minerals up close. The walk-through exhibits provide for an interactive experience – now also through a digital museum guide, available in three languages (G, E, F).

Explore Switzerland’s native predators like the bear, the wolf and the lynx, but also the busy life of a living ant hill.

Marvel at the largest topographic model of Eastern Switzerland, surrounded by exhibits of the diverse fauna between Lake Constance and Ringelspitz – the highest mountain in the canton of St.Gallen.

The oldest exhibit of the Museum, still an attraction for visitors, is a crocodile from the Nile that was mounted in 1623.

The Naturmuseum also maintains a database on the current state of the fauna in the cantons of St.Gallen and Appenzell.

The St. Laurenzen Church is a federal monument and is considered a monument of national importance. Today’s church in neo-Gothic style was built between 1850 and 1854 by rebuilding the church, which was built between 1413 and 1423 and expanded in the following century, based on plans by Johann Georg Müller from Mosnang.

1963 – 1979 it was extensively restored. In addition to the services on Sundays and public holidays, a rich ecclesiastical, church music and cultural life unfolds during the week through the regular opening.

Wednesday lunchtime concerts, Laurenzen Vespers, St. Laurenzen concerts and, of course, gospel in the center. The Sankt Laurenzen church is the main church of our parish and offers space for 1000 people.

Things to do in St Gallen