EuropeLuxembourgThings to do in Clervaux Luxembourg

In this article we have listed top things to do in Clervaux Luxembourg. Located in the heart of the Luxembourg Ardennes, the municipality of Clervaux is made up, since the merger with the municipalities of Heinerscheid and Munshausen in 2011, of 17 charming and picturesque villages. 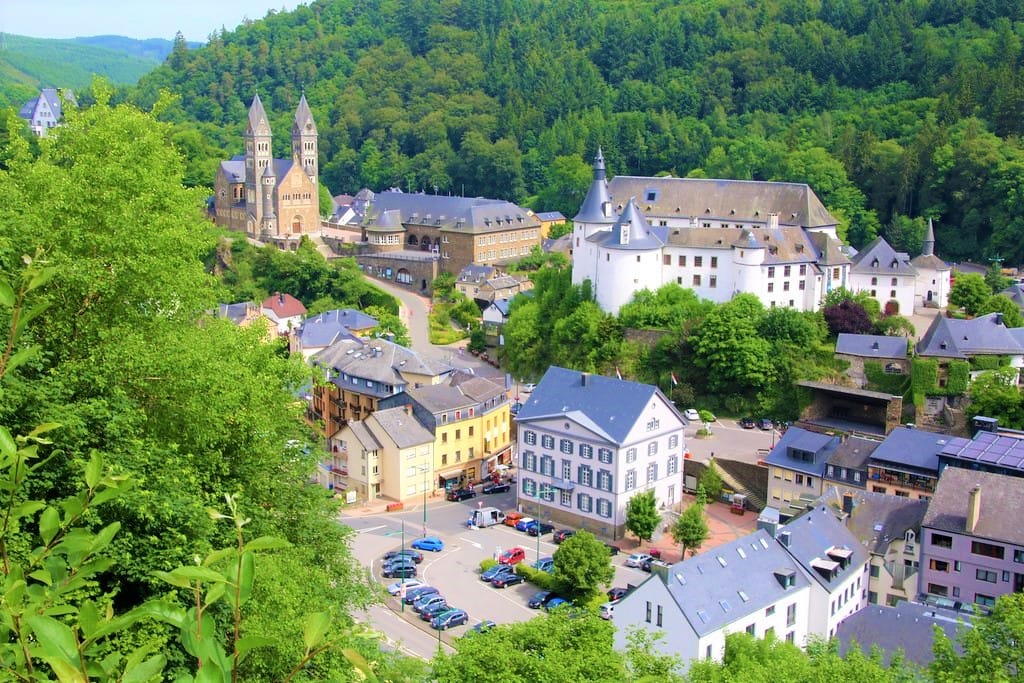 Having not lost its rural character, the small town of Clervaux in Luxembourg represents the center of development and attraction of the northern tip of the Grand Duchy.

This tourist center, steeped in the valley of the river “Clerve”, shelters a medieval castle, built in the 12th century and representing the thousand-year-old witness of the prestige and the power of the former counts of Clervaux in Luxembourg. Lets explore top things to do in Clervaux.

The castle dates from the 12th century and was built in successive stages. The construction of the oldest parts, in particular the west wing, is attributed to the initiative of Count Gérard de Sponheim, brother of the Count of Vianden.

In the centuries that followed, the castle grew and changed under the impetus of the house of Brandenbourg and the Lannoy family. Destroyed in ruins on December 17, 1944 during the Ardennes Offensive during the Second World War, the castle was acquired by the State and completely restored. The castle is listed as on the thing to do in Clervaux.

Musee the Family of Man

The workshops of the Musée de l’Homme therefore aim to shed scientific light on the place of Man and its impact on the environment, a particularly important subject at the start of the 21st century which will interest young and old alike.

The monks meet seven times a day during services, under the authority of the abbot.
A photographic exhibition presenting the life and work of the Benedictines can be seen in the crypt, which are considered as things to do in Clervaux.

Museum of the Battle of the Bulge Clervaux

The Museum of the Battle of the Ardennes at the Château de Clervaux illustrates this historic moment of the Second World War by means of authentic documents, uniforms and weapons.

The Museum retraces this dark but crucial period of the past century. The Ardennes Offensive or Battle of the Bulge lasted almost two months. It was one of the biggest and most confusing battles of World War II.

Museum of Models of the Castles and Fortified Castles of Luxembourg

A diversity of 22 castles and castles of Luxembourg in 1:100 scale is on display in an extraordinary exhibition inside the refurbished rooms of the castle of Clervaux.
The “Diorama Clervaux” is acclaimed worldwide as one of the most remarkable 1:35 scale models.

Creator Claude Joachim has produced a detailed depiction of the events of the Battle of the Bulge in Clervaux, this museum offers one of the most interesting things to do in Clervaux.

In this article we have listed top things to do in Wiltz Luxembourg. The town of Wiltz is divided into two parts, the upper...