In this article we are exploring places to visit in San Remo Italy. Sanremo is a city that deserves to be lived and discovered. Starting with its historic center known as La Pigna, the medieval quarter made up of steep houses, narrow streets and squares. 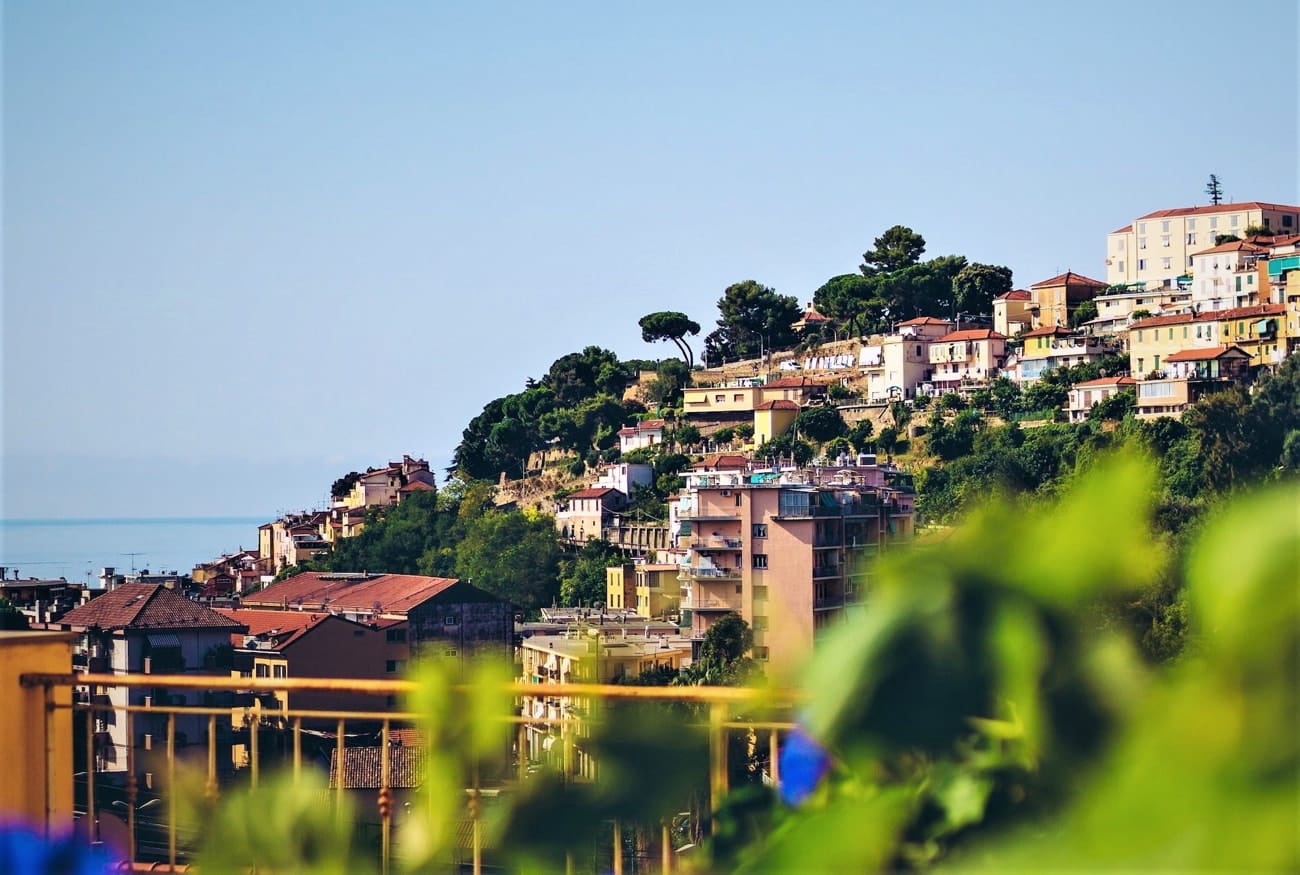 Sanremo is the largest town in the province of Imperia, in Liguria . Sanremo is located just 20 km from the French border along what is known as the Riviera of flowers, precisely because there is a long and fruitful tradition of growing flowers here.

In addition to the famous Italian song festival, San Remo is famous for the flowery course San Remo in Fiore, hence the name of Città dei Fiori, for the Milan-Sanremo cycling race, for the Tenco Award and the motoring rally, and is home to a casino, one of the three present in Italy. Sanremo is squeezed between two promontories and overlooking a calm bay which is at the origin of the particularly mild climate of this corner of Liguria. We have listed some of the most interesting places to visit in San Rremo Italy.

1. Cathédrale de San Remo (Thats one of the best places to visit in San Remo)

The Cathedral of San Siro is the oldest religious building in Sanremo , just think that it dates back to 811. It is also the main example of Romanesque architecture in the entire Ligurian area, located in the historic center in the homonymous square which, according to local beliefs, it would be the place where the Syrian Bishop of Genoa celebrated masses.

The Civic Museum of Sanremo is a museum set up to collect the rich archaeological, historical and artistic heritage of the town and of all Western Liguria . The archaeological section can be admired on the entire first floor where there are ancient testimonies of the territory starting from prehistoric times with perfectly contextualized finds to intrigue and involve those who visit the museum.

3. Villa Nobel (Thats one of the best places to visit in San Remo)

The Villa Nobel was the home of Alfred Nobel, the famous inventor of dynamite and creator of the Nobel Prize , the most important literary and scientific recognition in the world.This villa is an elegant and imposing Moorish style house built in 1870, chosen by Nobel first as a retreat for health reasons and later also to be able to install a study laboratory where he then gave life to his invention.

The Sanremo Casino is one of the four great Italian gambling houses and resides in an elegant Art Nouveau building , the work of the French architect Ferret . The casino was inaugurated as early as 1905 but was soon closed in 1940 due to the Second World War and reopened soon after in 1945.

The Ariston Theater is the famous place that every year hosts the Italian Song Festival , now known simply as the Sanremo Festival , and other events of this magnitude such as the Tenco Award which rewards the Song of the Author. It is a unique theater both in terms of size and characteristics, just think of its 2,000 seats.

6. Regina Elena Gardens (Thats one of the best places to visit in San Remo)

The Gardens of Queen Elena consist of a large public park that honors Queen Elena of Montenegro, wife of King Vittorio Emanuele III. They are located in the historic Pigna district , just below the scenic climb that leads to the Sanctuary of the Madonna della Costa.

The Church of Christ the Savior is an Orthodox rite church built in Sanremo at the beginning of the twentieth century by the Russian nobility, who had chosen the city as a tourist place and for curative stays. The Russian community of the time had reached a thousand people, so much so that it was decided, in concert with the Municipality, to build an Orthodox church. It is one of the most interesting places to visit in San Remo Italy.

Bussana Vecchia is a hilly fraction of the Municipality of Sanremo. The violent earthquake of 23 February 1887 semi-destroyed the town, so much so that it was completely evacuated and the inhabitants moved about three kilometers further downstream, founding the town of Bussana Nuova.

9. Tre Ponti Beach (That’s one of the best places to visit in San Remo)

It is one of the largest free beaches in the whole city, but equipped with bathrooms, showers and, if desired, you can also rent umbrellas and sunbeds, canoes and pedal boats. For refreshment and refreshment there are two bars and a restaurant available to guests. We suggest to visit in summer because is one of the best places to visit in San Remo.

Another very interesting beach in Sanremo is certainly the Spiaggia dei Porti located between Porto Vecchio and Porto Sole and can be easily reached on foot from the station in about 10 minutes. In this area you will find many bathing establishments that offer every type of service: rental of umbrellas and sunbeds, swimming, pilates, yoga courses and for those who are more sporty there is also a soccer field and beach volleyball.

Our bloggers have listed the best places to visit in Olbia in Sardinia. The city is surrounded by suggestive hills and overlooks a beautiful...

In this article discover the most beautiful places to visit in Sorrento (Italy). Situated in a picturesque position on a wonderful terrace overlooking the...
- Advertisment -
Facebook
Instagram
Twitter