Best things to do in Dinan, France

Dinan, a Town of Art and History, various period buildings will open their doors and tell their story. Best things to do in Dinan include picturesque streets, castles, churches and other attractions.

But before we start let’s show some general information. A fortified town and sub-prefecture of the Côtes-d’Armor department in the Brittany region in France. Dinan has a long history of more than a thousand years.

This city was bought by the Duke of Brittany Jean le Roux and then takes on another dimension with the construction of the long ramparts of about 3 km.

Keeping from its rich past an exceptional historical heritage, a cultural originality, a wealth of craftsmanship and a remarkable natural space, for this reason we are listing best things to do in Dinan France. 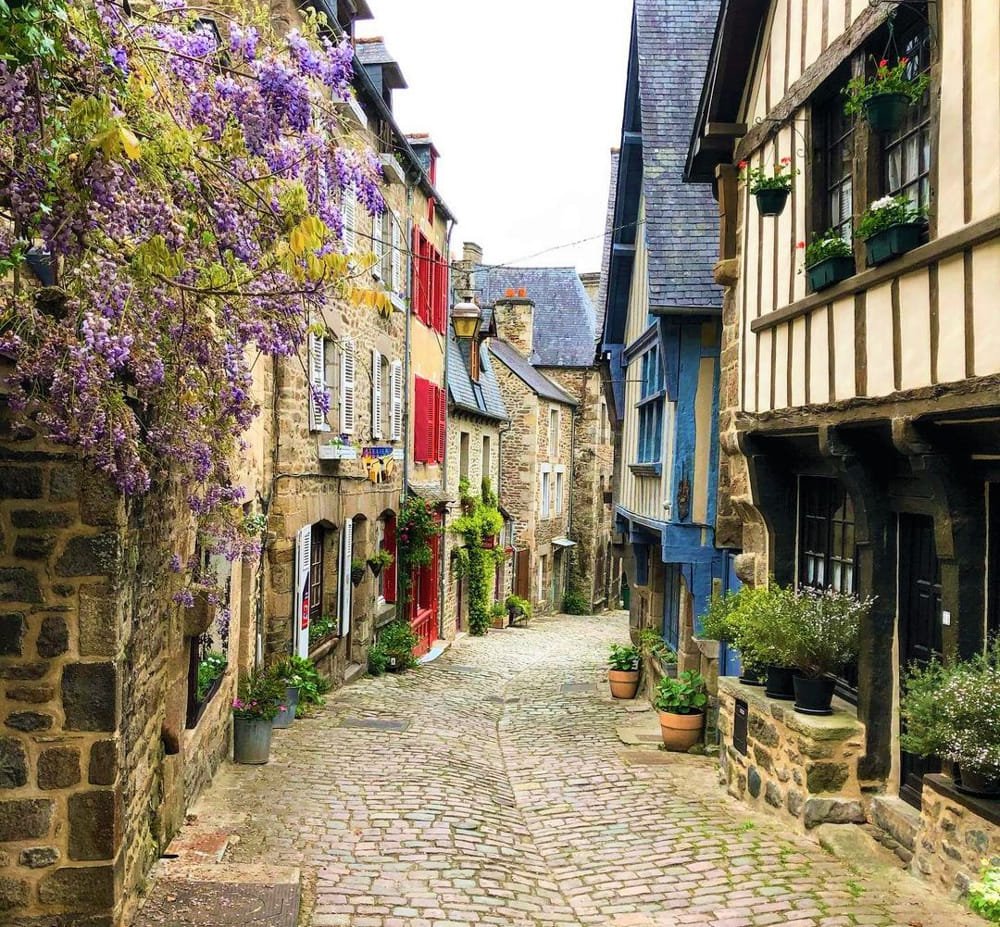 Picturesque street from the walled city down to the port on the river. The medieval town on the hilltop has many fine old buildings, some of which date from the 13th century. The town retains a large section of the city walls, part of which can be walked round.

The chateau is quite interesting to see, but less impressive than the town itself and you can see part of the exterior of the chateau without paying for admission, so we would explore the historic center of Dinan and the port area before.

Then if the weather allows it, visit the castle The Château de Dinan was built in the 1380s by the Duke of Brittany, John IV, on his return to France after several years of exile in England.

The town overlooks the river Rance which has shaped the valley. The Rance starts out as a calm, peaceful and winding river before turning into a maritime estuary.

But it was not until Napoleon that construction began, in 1804. The banks of the water were formerly surveyed by horses which pulled, from the towpath, barges of Rance of 26 meters.

La Rance is also its locks, its old lime kilns that can be seen on the shore, its small stairs that plunge into the water, vestiges of the activity of the washerwomen, the majestic abbey of Léhon, of which from the river the mysterious underground so long sought after. And all these adventures that we discover over the water.

Rue du Jerzual and Rue du Petit Fort are two streets in the center of Dinan, the important historic town on the Rance in Côtes-d’Armor, north-eastern Brittany in France. We suggest to spend some time in this area because is one of the best things to do in Dinan France.

After exploring the historic center of Dinan, there is another street outside the center that you will definitely want to explore during your visit to the city: Rue du Jeruzal, which begins near the Cordeliers Convent.

Allow at least an hour, preferably a whole morning or afternoon, as it is a fairly long and steep drive with plenty of buildings, monuments, shops, and cafes to keep you entertained. 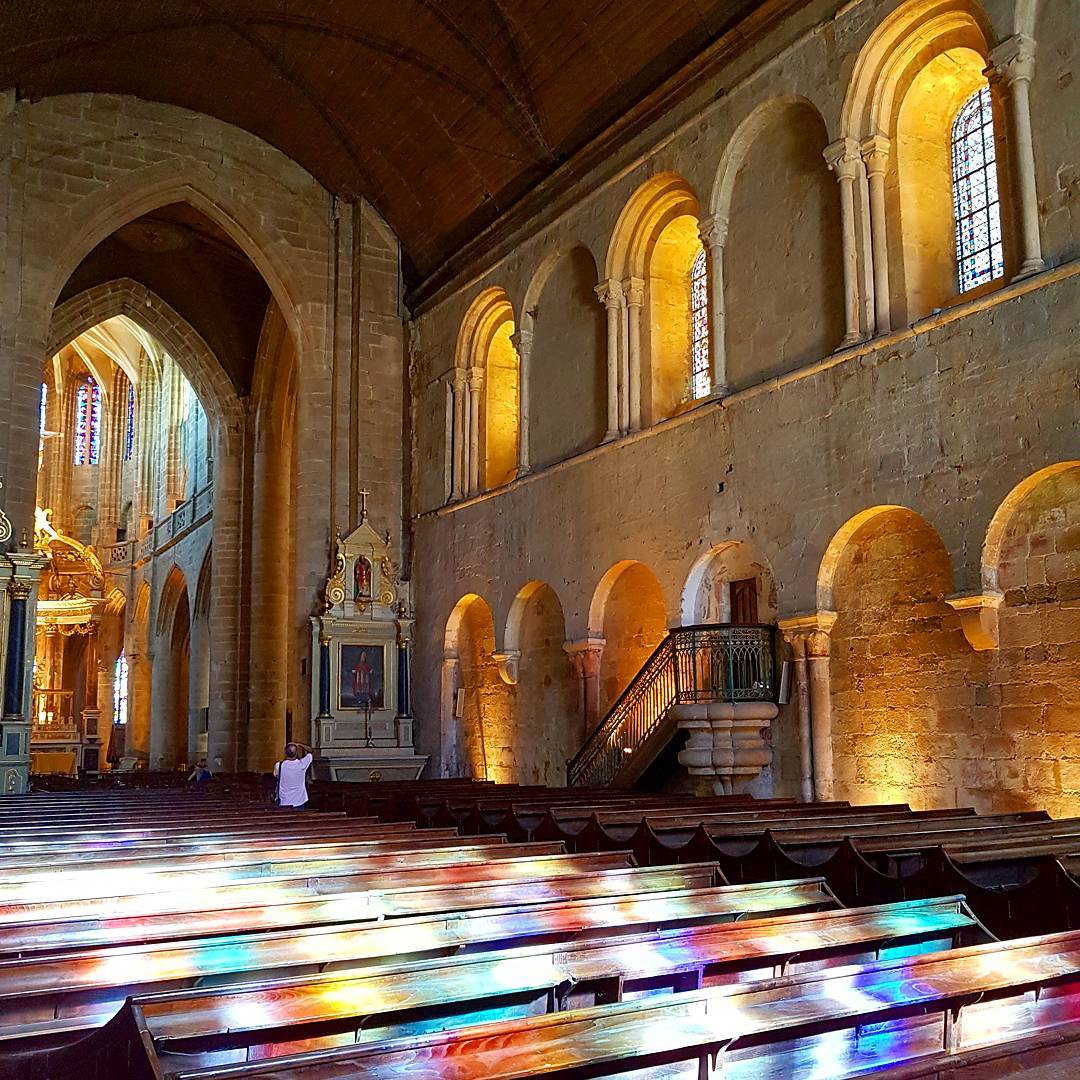 The Saint-Malo church in Dinan has its origins in the 12th century, although the current church was built from the 15th century.

The original Saint-Malo church was destroyed because the Duke of Brittany believed the French (who were at war with Brittany at the time) could use it as a defensive church when the town was attacked.

The Saint-Joachim chapel can be seen on Boulevard Flaud at the site of the original church.

The Basilica of Saint-Sauveur is a short distance east of the historic center of Dinan, next to Place Saint-Sauveur.  The church was designated a basilica during the 20th century due to the presence of a relief of the Assumption of the Virgin, dating from the 15th century and making the church a destination for pilgrims to Dinan.

The Saint-Sauveur church in Dinan has its origins at the beginning of the 12th century, around 1123.

The town has two important churches built around this time – the other is the church of Saint-Malo which you will also see during your visit.

Erected at the end of the 15th century by the wealthy Dinan bourgeoisie, the Clock Tower towers over the old medieval city from its height of 47 meters and offers an exceptional panorama of the monuments.

His visit is an opportunity to take another look at the city of Dinan, in particular thanks to the film “Dinan in 1750”, made from synthetic images and offered as part of the tour of the tower.

A number of corbelled houses can also be seen in nearby streets (rue de la Cordonnerie, rue du Petit-Pain).

This square is surrounded by attractive triangular-gabled houses. Along with rue de l’Apport and place des Cordeliers, which extend from it, it comprises a fine ensemble of half-timbered 15C, 16C and 17C houses with corbelled arches, porches resting on wooden pillars and old shop fronts with high overhanging windows.

Best things to do in Dinan France