ItalyLombardyBest places to visit in Sirmione at Lake Garda, Italy

Best places to visit in Sirmione at Lake Garda, Italy 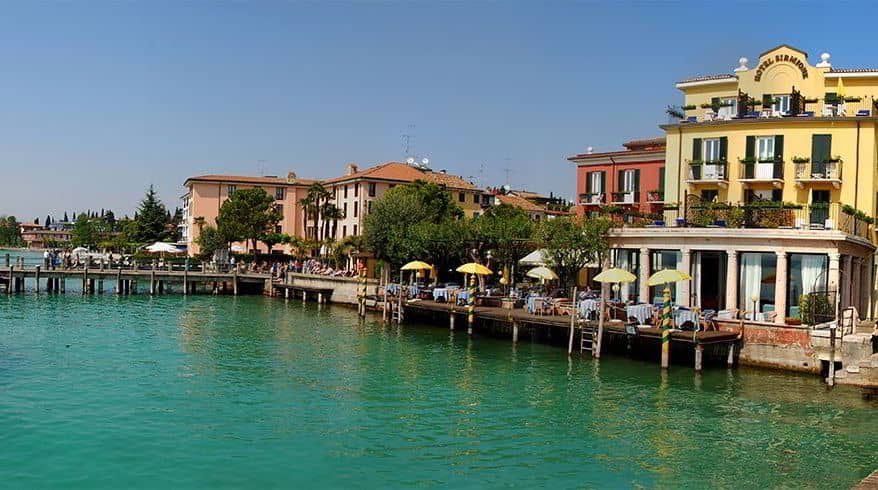 Sirmione at Lake Garda (Sirmione sul Garda) is famous for the unique charm of its old town centre, with its narrow and irregular alleys, for the Thermal Baths of Catullus, for the churches “Santa Maria Maggiore” and “San Pietro” in Mavino, for the ruin of the Roman Villa of the poet Catullus, known also as “Grotta di Catullo”. 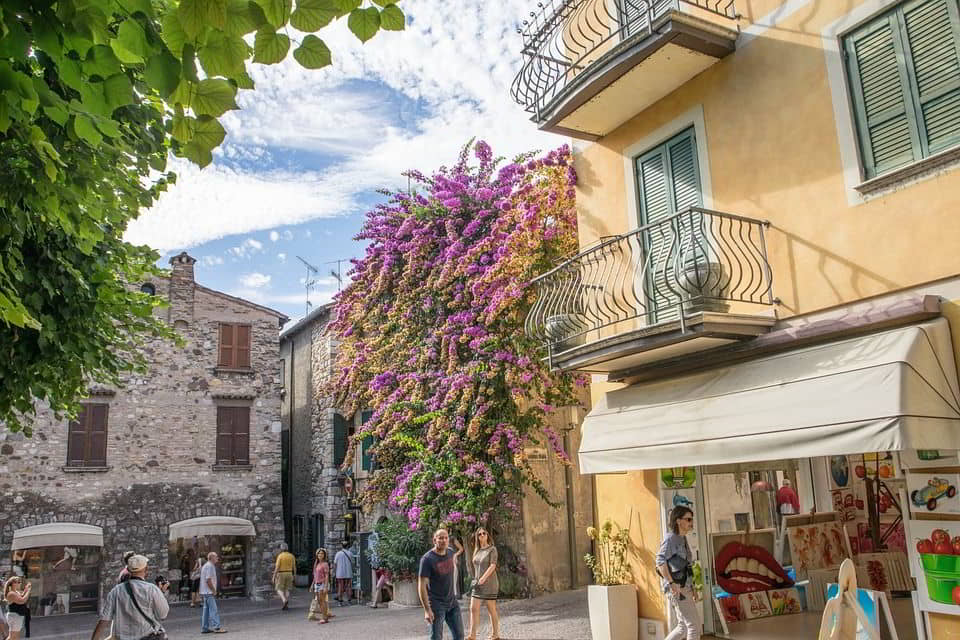 Sirmione really looks like a small floating island on Lake Garda. It is no coincidence that its name derives from the Greek syrma, which means “tail”, “strip”, “wake” precisely because it rises slightly detached from the rest of the mainland, overlooking the water.

The entrance to the village is extremely suggestive, structured like a drawbridge that enters the archway between the very high walls of the castle, within which the inhabited village rises and is full of shops, clubs, refreshment points, bars and very refined ice cream parlors, all of which tend to be luxurious.

The cobblestones are truly typical of ancient villages, despite having been renovated and being very smooth and comfortable, it gives an extra touch of charm to the whole context. Below you cand find Best places to visit in Sirmione at Lake Garda (Sirmione sul Garda).

1. Scaligero Castle is one of best places to visit in Sirmione

Scaligero Castle (Il Castello Scaligero) for experts claim that it is one of the best preserved castles in Italy. In fact it is a truly majestic construction, one of the few lakeside forts, an undisputed sign of the architectural capacity and military skills of the 13th century Veronese. It is thought that it was built on the ruins of a Roman construction, because some remains clearly belonging to that type of building were found. The castle is bathed on all four sides by the lake, a feature that makes it truly fabulous and evocative, perhaps one of a kind.

The intelligence of the Veronese militias can be traced back to this intuition: the water acted as a natural deterrent against enemies, preventing them from entering the castle. Also for this reason, Scaligero has reached the present day practically unharmed. Scaligero Castle is one of the best places to visit in Sirmione at Lake Garda (Sirmione sul Garda). You can access the walkways along a very long staircase made up of 146 steps and from there enjoy a spectacular view of Lake Garda. Entrance to the castle is subject to a fee, despite being owned by the Municipality.

the visit to the caves is generally combined with that of the castle. These are the remains of an ancient Roman villa, dating back to the 1st century BC. They have been called this way ever since his desire to return to his home in Sirmione was translated into Catullus’ lyrics. The place is particularly captivating, it is a series of arched windows overlooking the lake, which offer a breathtaking view and a real blast from the past.

The center of Sirmione is considered one of the most romantic walks in Italy. The ancient walls, which divide the various alleys, the cobblestones that can be comfortably traveled but aesthetically very similar to those of the medieval villages, the castle that dominates the scenery with its majestic towers and the frosted create a fairytale atmosphere, where you expect from one moment to another to see knights and princesses emerge from nowhere.  Especially at sunset, when the sun plays with the light between the emery of the castle and the lake, it is an experience not to be missed.

Church of Sant’Anna della Rocca (Chiesa di Sant’Anna della Rocca) is a small chapel located right at the entrance to the town, next to the castle, open until late at night to allow anyone to enter and enjoy a moment of peace, meditation and prayer. Rich and sumptuous, with a predominance of gold and bronze in the colors and finishes.

The large picture behind the altar is very beautiful, representing a splendid Madonna with the baby Jesus in her arms. Some legends tell that women in search of a pregnancy must pray in front of this painting, to obtain the grace of a child. The church dates back to 1300, at least in the part of the apse. However, the interior decorations are decidedly baroque, full of precious friezes.

Showing off its long and thin peninsula laying between sky and lake, Sirmione spontaneously invites you to explore its water mirrors, strands, and green nooks near the historic center and throughout the Sirmione area. As a treasure trove of history and architecture, Sirmione is a place endowed with natural charm, displaying enchanting views at every spot and in every season.

6. The Church San Pietro in Mavino

The Church San Pietro in Mavino  is a very ancient church, mentioned for the first time in a manuscript of 756. Over the centuries it has undergone some renovations, especially between 1300 and 1400, even if it is thought that the real innovative detail are the ogival windows that could belong to the culture of 1400-1500.

Externally it appears, in fact, as a combination of different architectures, with contrasting and clear differences between the symmetrical lines of the structure and the rounded and wide rose windows, decidedly more modern than the original project. Inside the church there are some very important frescoes, including the trilogy of San Michele and the one representing San Simone.

The water of Terme di Sirmione is classified as mineral water, bacteriologically pure and hyperthermal, because it flows at a temperature of 69 ° Based on its chemical-physical characteristics, the water of Terme di Sirmione is identified as sulphurous salsobromoiodica. In fact Thermal Baths are one of the best places to visit in Sirmione at Lake Garda (Sirmione sul Garda) it contains a significant quantity of sulfur, in the form of hydrogen sulfide, sodium, bromine and iodine.