SpainCataloniaThings to do in Girona Spain

Things to do in Girona Spain

Our bloggers have listed the most interesting things to do in Girona. Girona is a city of rich historical and cultural heritage. Whose historical past is evident in its beautiful buildings and the architectural elements of its streets and squares in the old city center.

Girona is one of the four provinces of Catalonia Region Spain. The old town stands on a hill along the eastern shore of the river Onyar, while the more modern part of the town stands on the plains to the west. For more articles about Spain check Andalusia Region.

In and around the city we have accommodation to suit everyone: hotels, apartments, guesthouses, hostels, campsites and rural accommodation. In this article, you will find things to do in Girona. Whether you are traveling alone or in a group, with your family or on business. 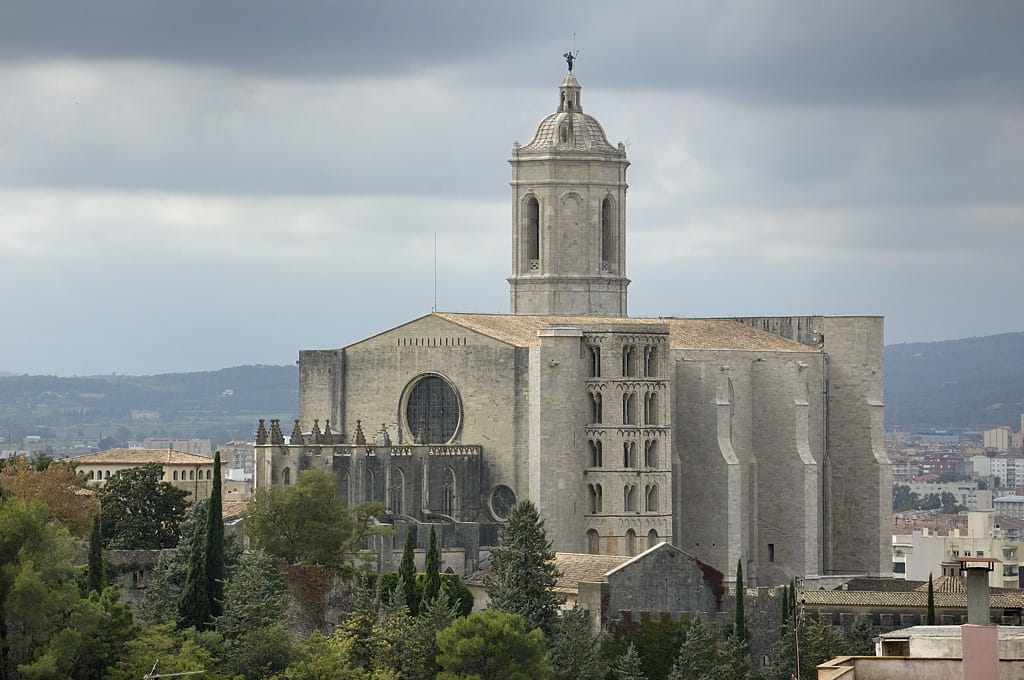 Built between the 11th and 18th centuries, the Girona Cathedral is most notable for its Gothic-style nave, which is the widest of its kind in the world.

Here a spectacular Baroque staircase combined with the facade of the Cathedral forms a unique and grandiose public space. In the Game of Thrones series, these stairs were used as the exterior for the Great Sept of Baelor in King’s Landing, where Jaime Lannister has a showdown with the High Sparrow.

The old town of Girona is so extraordinarily complete that we very seriously recommend that you try to contact a guide or find out before you go so as not to miss details of this part of the city.

It is the historical part of the city with more than 2000 years of history, which is reflected in its buildings and constructions. It has two fortified enclosures, one Roman and the other from medieval times.

Born between two centuries (XIX-XX) its atmosphere, casual and urban, invites tapas on the terraces of restaurants and cafes, inducing visitors and natives to enjoy their surroundings and give life to their space.

We are in one of the most frequented public squares in the capital, which also honors the memory of those who died defending the city during the War of Independence with its Girona Monument, 1809, by Antoni Parera. A central ‘sea’ where the old and new neighborhood flow.

Iconic, picturesque rows of vibrantly painted house facades overhang the Onyar river. Among the beautiful buildings of Gerona, the Casas del Onyar stands out mainly for their bright colors. They owe their name to the river that runs through the city and together with the cathedral and Sant Feliu in the background, they constitute the most emblematic image of Girona.

The houses of the Onyar also called river houses or hanging houses, are those that have facades that face the Onyar river in the section of Rambla and Platería street in the old part of the city.

5. City Walls (Selected as one of the best things to do in Girona)

The extension of the Roman walls in medieval times allows today to walk along the old coastal path and to cross the longest stretches of the Carolingian wall in Europe (9th century). The various towers that mark it are authentic privileged viewpoints over the city and its surroundings. 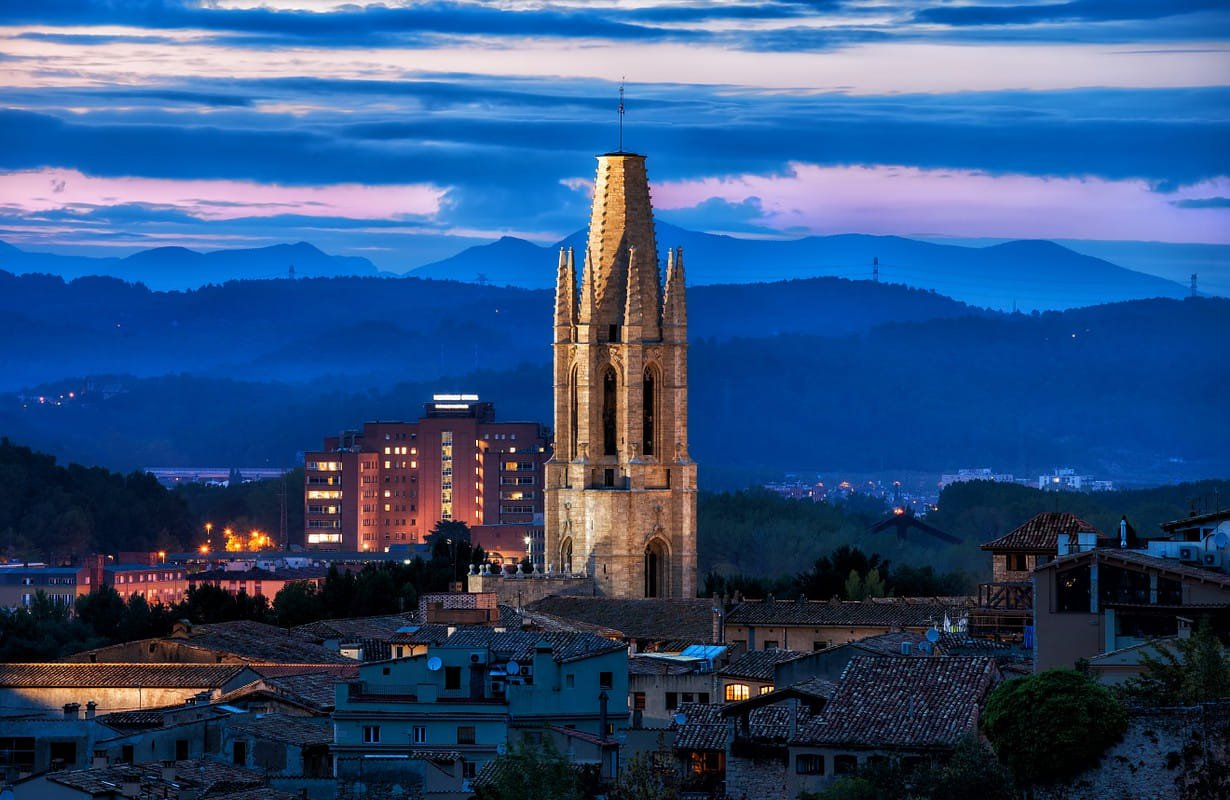 Visiting the permanent exhibition allows you to take a journey through 400 years of the history of the moving image and learn about the antecedents of cinema as a technique and as a visual spectacle, and how were the beginnings of the seventh art until the arrival of television.

It also shows the roots of our visual culture, so important and so present in our current reality. The interactivity of the permanent exhibition set-up and the twenty audiovisuals that exist guarantee that the visit is recommended for audiences of all ages.

8. The Monastery of San Daniel Girona

Traditionally, it is considered that Saint Daniel was a hermit of Armenian origin who, after a period of retirement near Jerusalem, moved to Provence with the desire to evangelize that territory than at the hands of Islam.

There he was persecuted by his adversaries and in the year 888 he died martyred. His followers took charge of the saint’s remains that were transferred to the south, the same year they buried his body in a cave located in the place now known as Vall de Sant Daniel.

Soon its veneration began and this led to the construction of a church that later would become the parish of Sant Salvador (although some version tells us that the parish would already exist previously) and later it would be known as Sant Daniel. 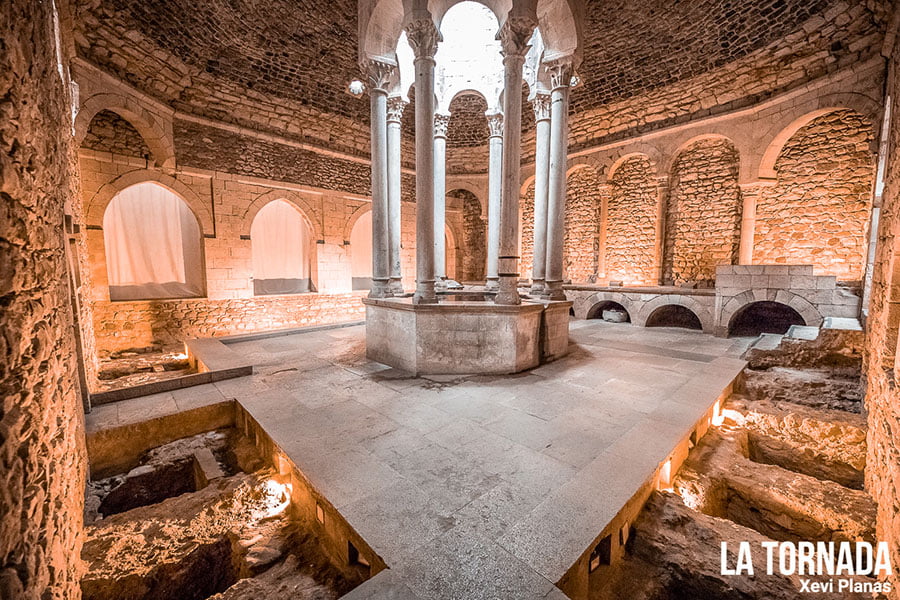 The first mention of the existence of public baths in Girona dates back to 1194. It seems that during the Middle Ages, some of the rooms were used temporarily as a mikveh by the city’s Jewish community.

In the 19th century, they were an object of interest and study by early travelers, such as Alexandre de Laborde, who then made them known to the entire world by including drawings and engravings in their books. Of course that visiting Arabic Baths is one of the best things to do in Girona. 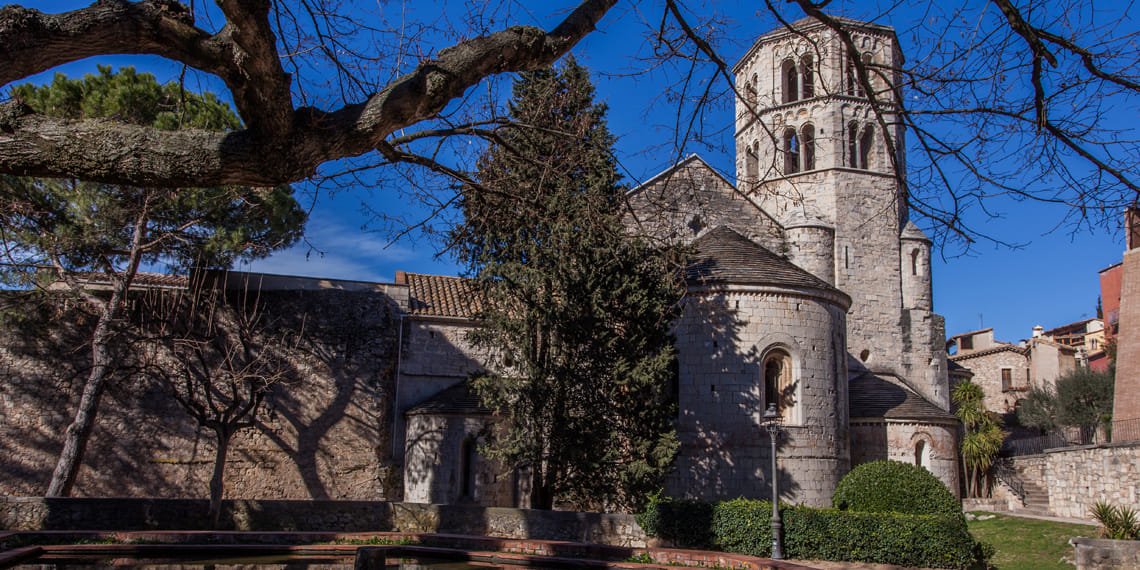 The monastery of Sant Pere de Galligants, of which only the church and the cloister remain visible, is one of the most notable examples of Catalan Romanesque.

The construction of the current building began in the first half of the 12th century, around 1131 when Ramon Berenguer Gran bequeathed an important donation to support the works. For more articles about Spain check Valencia region.

Things to do in Girona

Valencia is the third largest city in Spain. In this article, our bloggers have listed the 13 most interesting places to visit in Valencia....