Linz offers an exciting mix of culture, nature and industry and for this reason our bloggers have listed best places to see in Linz Austria.

Upper Austria offers many cities and places that are suitable as holiday lovers. Picturesquely situated on the banks of the majestic Danube, Linz enchants its visitors above all with a large amount of wonderfully calm charm. 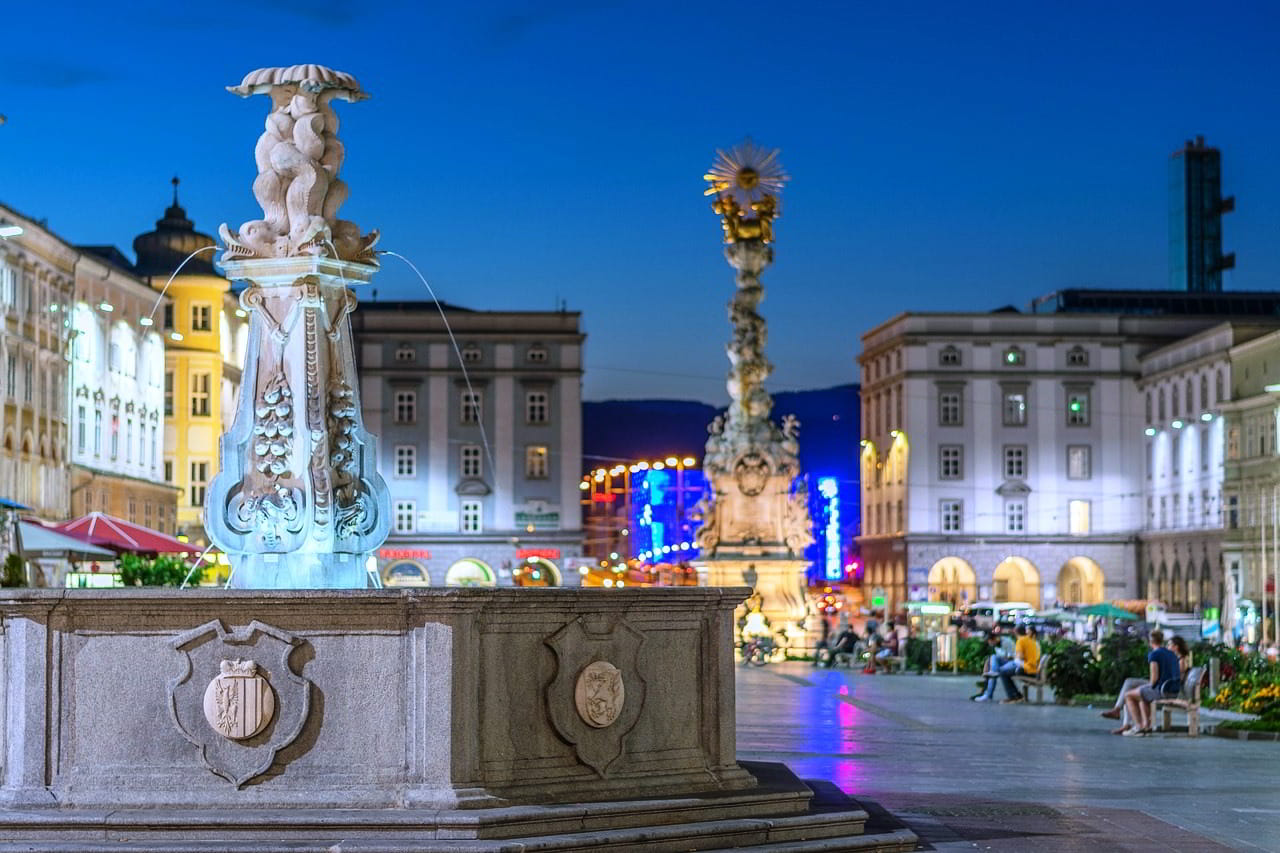 In the pretty streets and alleys of the provincial capital of Upper Austria, Austria you can not only taste the delicious Linzer Torte, but also many other very beautiful Linz sights. Below we are listing top 10 places to see in Linz Austria.

This is definitely the small park behind the Linz Castle Museum! After you have mastered the ascent through the pretty, cobblestone streets of the old town up to Linz Castle. Which is admittedly a bit sweaty in summer, the castle park welcomes you right behind the magnificent buildings.

Take your time to enjoy the view of the Danube, over the roofs of Linz and the Pöstlingberg with its majestic pilgrimage church opposite.

2.Ars Electronica Center (That’s one of the best places to see in Linz)

In order to look as far ahead as possible, you need a telescope.

But in order to be able to decide in which direction you want to navigate, you need a compass. The Ars Electronica Center (AEC) has therefore made “Navigating the Future” its motto.

In the “Museum of the Future”, topics of the future are the exhibitions of today. The striking building, which is located directly on the Danube, houses impressive exhibitions on the subjects of art, technology and society.

The modern, transparent glass facade lets the Lentos and the Danube shine in bright colors at night. The oversized “picture frame”, which breaks through the structure and provides a wonderful view of the Urfahr district and another attraction, the Pöstlingberg, is striking.’

The center of the city is the baroque Hauptplatz Linz, which with around 13,200 m² is one of the largest built-up squares in Austria.

In the middle of the main square is an impressive 20 meter high column that was completed in 1723.

The column, which was made of white marble, is dedicated to the Trinity and was erected out of gratitude for the disasters survived and to protect against conflagration, war and plague. You have to spend some time in Linz’s main square because is one of the top 10 places to see in Linz Austria.

5.The New Cathedral (That’s one of the best places to see in Linz)

Not the tallest, but the largest church in Austria is the Linzer Mariendom (Mary’s Conception Cathedral).

The church, also known as the “New Cathedral”, which is located on Herrenstrasse, has become an integral part of the Linz cityscape.

The Mariendom is an oasis of calm and an architectural masterpiece. Wonderful glass windows adorn the cathedral, which was completed in 1924 and offers space for 20,000 people. The sacred space is also fascinating. Of course that The New Cathedral is one of the top 10 places to see in Linz Austria. 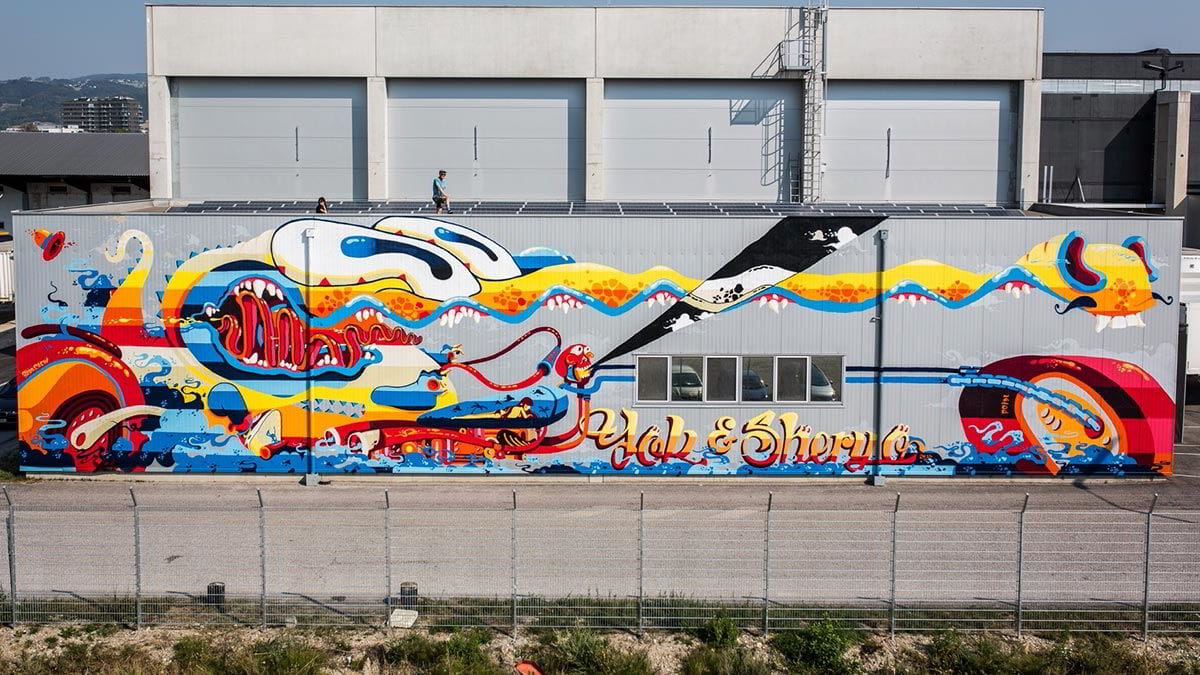 With Mural Harbor, Europe’s largest graffiti and muralism gallery has been created in the port of Linz.

More than 300 partly oversized graffiti by artists from around 30 nations adorn the facades of old industrial buildings and house walls.

7.Linz Botanical Garden (That’s one of the best places to see in Linz)

Escape the stressful everyday life or just let your soul dangle in nature: the Linz Botanical Garden is the right address here. Over 10,000 plant species can be seen on 4.2 hectares.

In the five greenhouses, exotic plants in particular unfold their splendor. In Europe, the Botanical Garden in Linz is best known for its unique collection of cacti. Nature and culture come together in the botanical garden.

8.Monastery of the Canons Regular of St. Augustine’s

In our opinion St. Augustine’s is one of the best places to see in Linz. For a very long time, the Augustinian Canons were not united in one order, but lived according to different statutes with a strong local emphasis.

The rule and ideal of this community were used as a model in the great clergy reform of the 11th and 12th centuries.

The Popes’ concern was to lead the Canons back to a life in community and to exhort them to renounce personal property and to do penance like the monks did.

In 1146 the Cistercian Abbey was founded by Ulrich von Cholo, a foundation that influenced both the cultural and spiritual life of the entire region.

The Abbey was a well-known place of education and of worship, a meeting place for artists and craftsmen. A fire destroyed the building in 1733 and only a few years later the church was rebuilt in Rococo style.

10.Day Trip to the Old Town of Wels 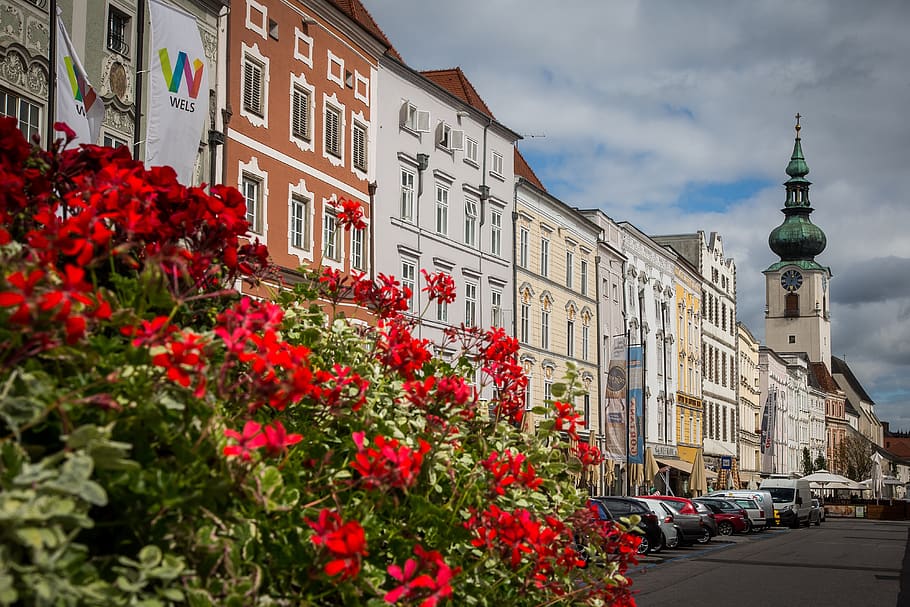 About 33 minutes far from Linz is the old town of Wels. Thanks to its idyllic location on the left bank of the River Traun, it’s a delight to explore on foot. The City of Wels has a long and interesting history.

The romans started building a settlement next to the River Traun and even made it a capital of the Province “Ufernorikum”.

The Tanners Tower and the medival city wall indicate the importance of the city during the medival times. In the year 1519 the austrian emperor died in the castle of Wels.

Eisenstadt is a small Austrian city. The name comes from the iron mines in the area. It is the capital of the federal state...

Our travel agents have listed best things to see in Vienna Austria. Vienna is both the Austrian capital and an independent federal state. The...
- Advertisment -
Facebook
Instagram
Twitter