One of the most beautiful towns to visit in Rhone de Alpes in France is Annecy. Its lake with blue-green waters and its canals that run through the old town have given it the nickname “Venice of the Alps”. In this post we are listing best places to see in Annecy.

World famous for its tourist attraction, the quality of life and its surrounding mountains, Annecy is today a tourist town which has preserved its charm and authenticity to the delight of holidaymakers and which, at the same time, is active. and dynamic all year round. Below we are listing best places to see in Annecy.

The old town of Annecy

Visiting the Old Town of Annecy is easy since all the monuments are grouped together in the same perimeter, there is no slope so access is easy for strollers and people with reduced mobility.

The historic center of Little Venice of the Alps took off in the 12th century.

Previously, the Annecy people lived on the heights of Annecy-le-Vieux and Gevrier. 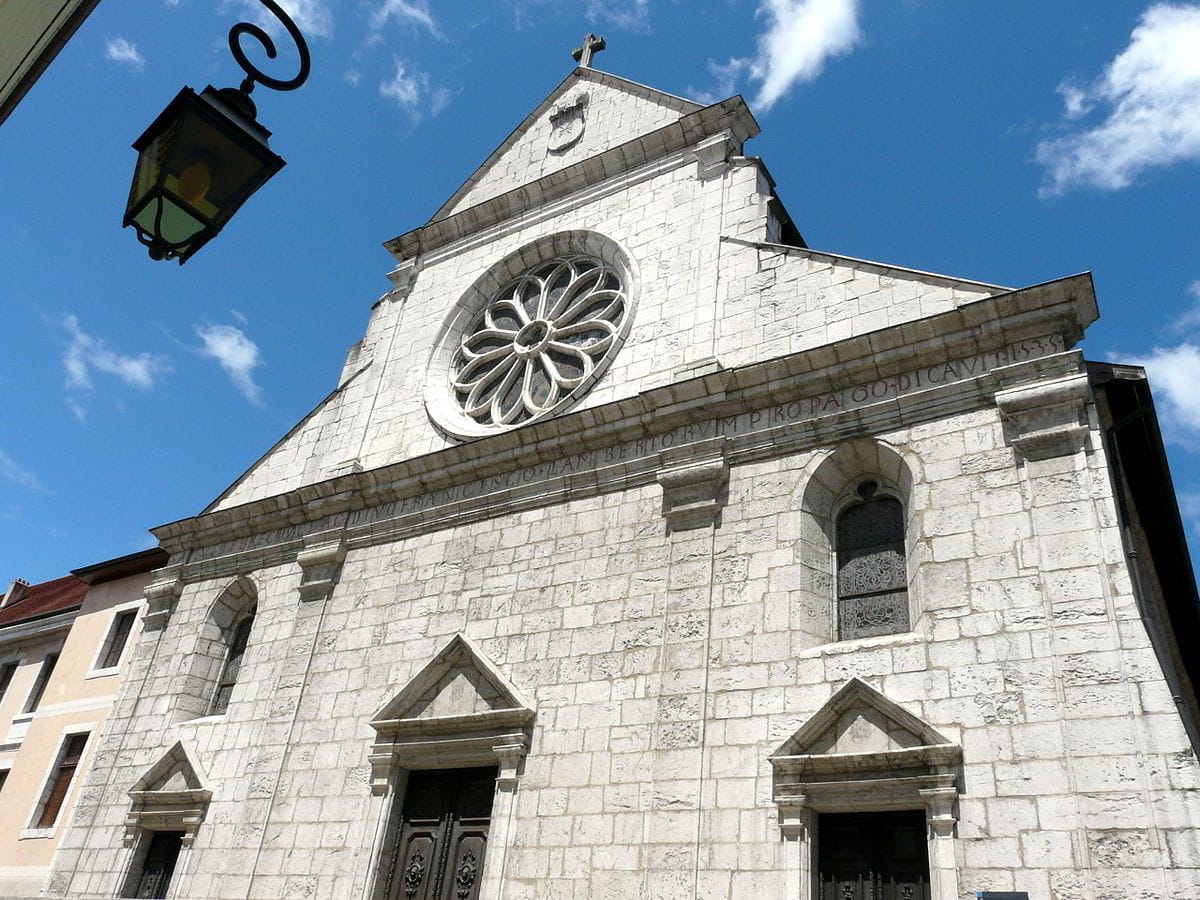 Les Jardins de l’Europe in Annecy is a magnificent natural park. It is located between the Hôtel de Ville and Lake Annecy.

This is the opportunity for a pleasant and shaded stroll very popular with Annecy residents and tourists.

This wooded park allows you to take advantage of the many benches to admire Lake Annecy.

On the Napoleon III quay, boats offer cruises on the lake. In its center, a magnificent fountain refreshes the atmosphere. The end of the park leads to the Isle of Swans.

The Palais de l’Isle in Annecy is a listed historical monument and an exhibition and interpretation center for architecture and heritage located in the old prisons district.

There are temporary exhibitions on various thematic artists throughout the year.

In the 14th century, it became a monetary workshop for the accounts of Geneva. Count Amédée III receives from Emperor Charles IV “the right to coin gold and silver on his lands”.

Basilica of the Visitation

The Basilica of the Visitation in Annecy, a high symbol of the city’s religious past, is located on the crêt du Maure and dominates Annecy and the surrounding area.

A real landmark throughout the Agglomeration of Annecy, the Pointe de la Visitation can be seen for miles around.

In a Neo-Gothic style, this basilica acquired the name of Visitation to honor one of the hidden mysteries of the church: “the visit of Mary to her cousin Elisabeth ”.

The bridge of love 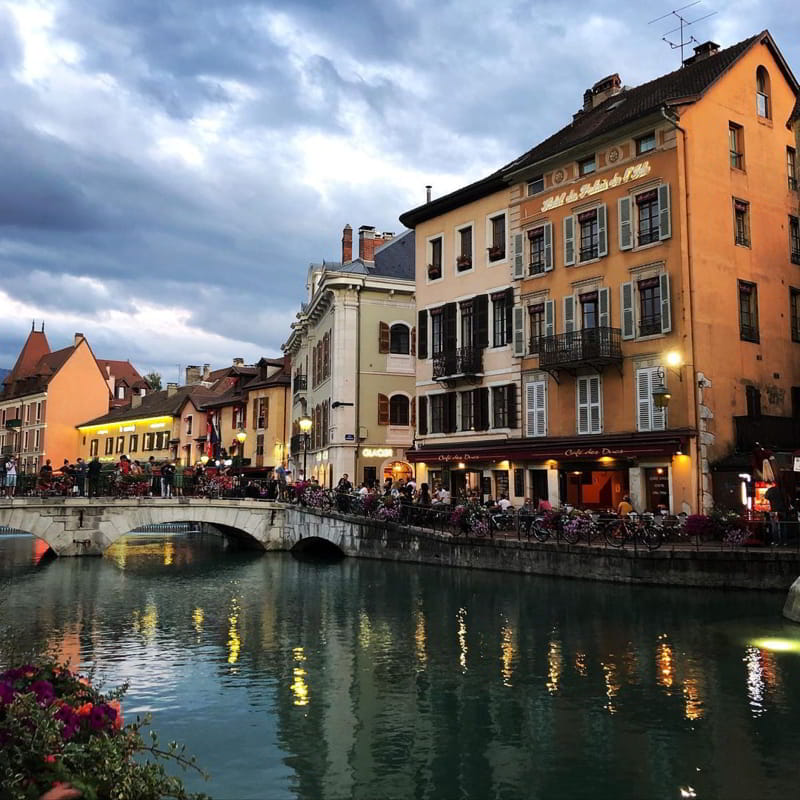 Along with the Old Prisons, the Pont des Amours is the most photographed place in Annecy by many tourists on vacation.

We will guide you to discover this famous bridge during your visit to the city.

The city of Annecy has many canals that cross its historic center. It is a romantic destination which is nicknamed the Little

Venice of the Alps. The waters of the Vassé canal flow into the lake passing under the Pont des Amours. We suggest to have a trip to this famous bridge because is one of the best places to see in Annecy.

L’Île des Cygnes is a small island on Lake Annecy.

To discover it, you have to walk on the shores of the lake.

It is close to many very touristic places. In the evening, at nightfall, this small islet is illuminated by two large fountains placed next to it in Lake Annecy.

It is located at the end of the Jardins de l’Europe which is a large wooded and shaded natural park in summer.

At the beginning, it is a former chapel of the Cordeliers convent which was built between 1535 and 1538 under the leadership of Pierre Lambert, man of the Church.

In 1538, the city of Geneva passed to the Protestant reform and it is the exile of the members of the catholic church towards Annecy.

The Church of Saint Pierre then welcomed the Bishop of Geneva.

During the French Revolution, the building was desecrated, it will serve as a Temple for the goddess Reason. In 1822, the church took the status of cathedral of the diocese of Annecy. Location

The Château de Thorens is a magnificent medieval building. You can visit it to occupy an afternoon of your vacation.

Ideally located in the town of Thorens-Glières, a few kilometers from the city center of Annecy.

The Château de Thorens Les Glières is very old since it was built in 1060 by Gérold of Geneva.

A drawbridge, a keep and a square tower were subsequently built in the Middle Ages.

In 1559, it was sold to François de Salles who was the father of Saint François de Sales who, together with Saint Jeanne de Chantal, founded the Order of the Visitation. Location

The Château de Montrottier is a medieval castle from the 13th and 15th centuries located in Lovagny a few kilometers from Annecy.

This castle, which marked the past of our department, also houses the incredible collections of Léon Marès. Come and discover the past of the Pays de Savoie!

The castle was built in the 13th century in the heart of the States of Savoy. Of course that Château de Montrottier is one of the best places to see in Annecy. For more information check official website. 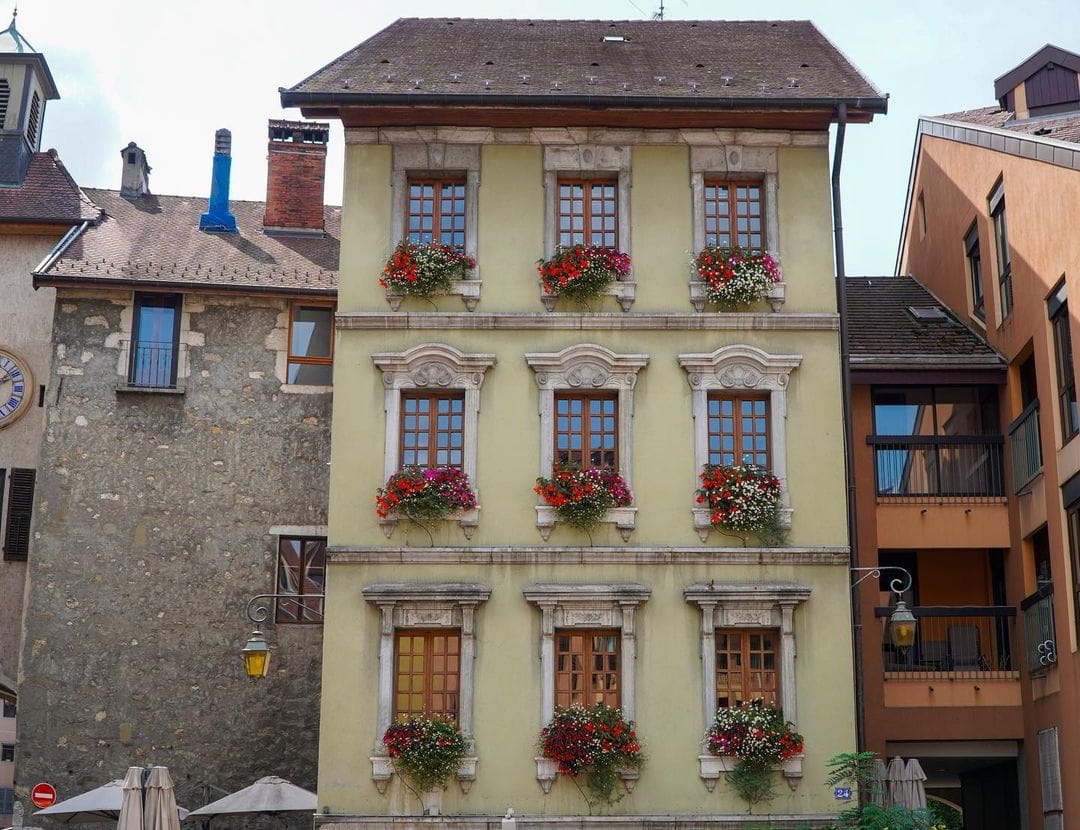 It is home to the Friends of Old Annecy association.

As you stroll through Annecy, don’t forget to look up to admire its Italian-inspired architecture.

Going down rue Sainte Claire, before passing the door of the same name, you arrive on Place Saint Claire .

Just to the right of the door, you will discover the Maison Gallo. The architect Charles Gallo bought the building and transformed it to his liking in 1794.