There is much to see: From Gothic St. Stephen’s Cathedral to the Imperial Palace to the Art Nouveau splendor of the Secession, from the magnificent baroque palace Schönbrunn to the Museum of Fine Arts to modern architecture at the MuseumsQuartier. Record-breaking: In Vienna, there are over 27 castles and more than 150 palaces. For more articles about Austria check Salzburg Region.

If you are an frequent shopper, then shopping in Vienna will make you feel delightful. The glamorous Goldenes Quartier is deemed to be city’s longest street for trending fashion and is Vienna’s top shopping venue. Below we are listing top streets:

Art History Museum is one of the best things to see in Vienna. The art history museum near the Hofburg was built for the extensive collections of the imperial family. With its collection of important works and the world’s largest Bruegel collection, it is now one of the most important art collections in the world. 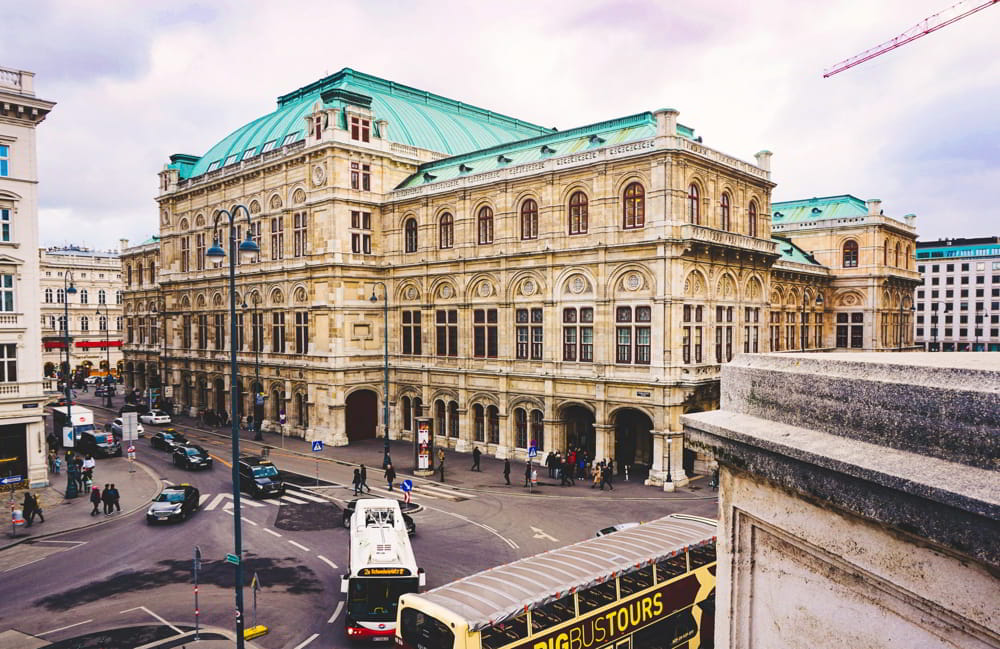 The Albertina not only has one of the largest and most valuable graphic collections in the world with works such as Dürer’s “Feldhase” and Klimt’s studies of women.

Her new permanent collection presents masterpieces of the modern age and thus spans the spectrum from Monet to Picasso to Baselitz.

As the largest Habsburg residential palace, the Albertina is enthroned at the southern tip of the Hofburg on one of the last bastion walls in Vienna. In our opinion, this place is one of the best things to see in Vienna.

In the Mozarthaus Vienna visitors can explore the only surviving Viennese apartment Mozart, in which he stayed from 1784 to 1787 and composed more music than anywhere else!

Around this apartment, large and small Mozart fans from all over the world can expect a comprehensive presentation of the time in which Mozart lived and his most important works.

The focus is on the great composer’s Viennese years, which represent the climax of his work.

No doubt that The Schönbrunn Palace is one of the best things to see in Vienna. This place is inextricably linked to Vienna’s past as an imperial city, is one of the most beautiful examples of baroque architecture in Vienna.

During the 18th century, under Empress Maria Theresa, Schönbrunn Palace became the splendid center of court life as an imperial summer residence.

In 1996 the Schönbrunn Palace and the Palace Park became UNESCO World Heritage Sites.

The picturesque Schönbrunn Palace with its abundance of cultural highlights is one of the most popular historical sights in Vienna and is just waiting to be discovered by you too.

With its dark Gothic towers, the elaborately tiled roof and the imposing bell tower, St. Stephen’s Cathedral is one of the main attractions of Vienna.

The cathedral is centrally located on Stephansplatz in the UNESCO-protected historical center of the city and is architecturally breathtaking inside and out.

It is also a place of great historical importance – Emperor Friedrich III. And numerous other Habsburg dignitaries were buried here.

Until 1918, the extensive castle complex in the heart of Vienna was the political center of the monarchy.

Today it fulfills the same function for democratic Austria. The Federal President of the Republic now resides where Emperor Joseph II once drafted his revolutionary reform program, where events for the Congress of Vienna took place (“the Congress dances”) and where Emperor Franz Joseph granted an audience.

The Belvedere in Vienna is one of the leading museums worldwide. Its famous art collection includes works ranging from the Middle Ages to the present day. Austrian art in an international context is presented in three locations.

Highlights include the world’s largest collection of Gustav Klimt paintings as well as prominent works from the periods of Viennese Biedermeier, Austrian Baroque, Vienna around 1900, and French Impressionism.

As great as Verdi’s enthusiasm for Shakespeare’s work was, in the end only three of his operas were based on models by the English playwright – besides Macbeth.

These were his two last works for music theater, i.e. Otello and Falstaff, both of which he based on libretti by his former artistic counterpart Arrigo Boito composed. 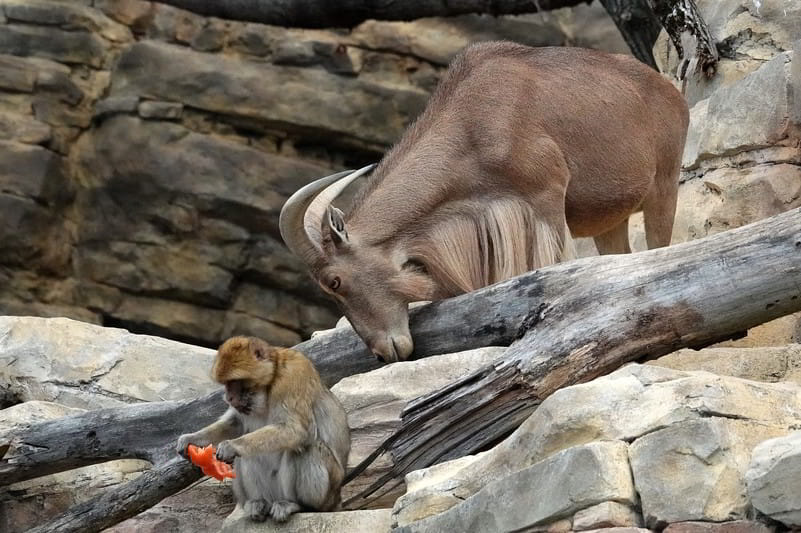 The Schönbrunn Zoo is the oldest zoo in the world. It was founded in 1752 by Emperor Franz I Stephan von Lothringen, the husband of Maria Theresa, and is part of the UNESCO World Heritage Site Schönbrunn.

It has been named the best zoo in Europe five times in a row. As a baroque menagerie, the zoo has an interesting past, but is now one of the most modern zoos in the world. 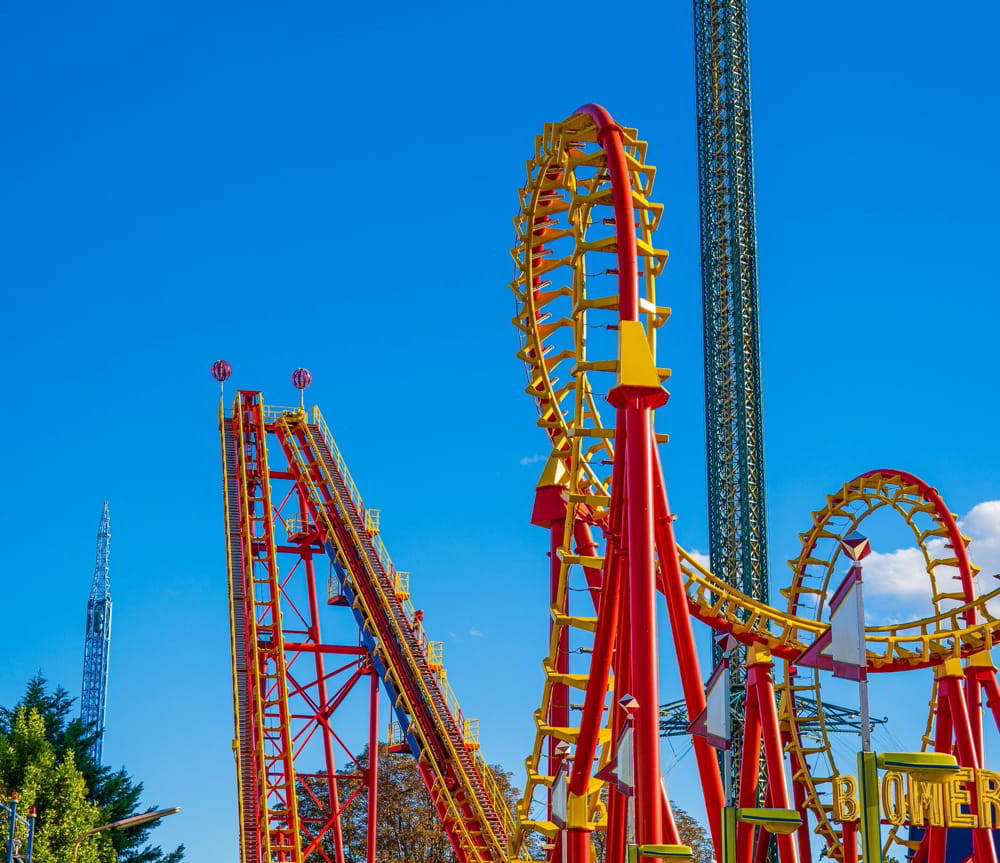 Adventure, tradition and Viennese charm at the same time – no other place exudes so much energy and joie de vivre as the Vienna Prater.

Filled with turbulent roller coasters, creepy ghost trains and attractions of all kinds for young and old – hardly anywhere else in the world can you find a similar place that challenges all the senses in such a thrilling way.

Nowadays the Karlskirche is not only the Viennese branch of the Prague “Kreuzherren vom Red Star” and one of the most impressive buildings in Vienna.

In recent years it has also developed into an outstanding venue in the Viennese concert scene. It is a lively center for historical performance practice of the works of Mozart and Vivaldi and the seat of the ORCHESTRA 1756, which gives concerts here regularly.

The parliament is not only designed in a particularly detailed manner inside. The complex exterior design of the building also attracts attention.

This reflects the view of the architect Theophil Hansen, who viewed the parliaments of his time as “new monuments” on which the attention of the people should concentrate, as in the past on the temples of antiquity and the cathedrals of the Middle Ages. If you plan to visit this city we suggest visiting the Austrian Parliament Building because is one of the best things to see in Vienna.

The Vienna Augarten – the oldest baroque park in the heart of Vienna – has been the home of the fine arts since it was founded.

Dedicated by Joseph I as a place of entertainment to all people, the famous morning concerts with the participation of W.A. Mozart’s place, in 1803 Beethoven performed his Kreutzer Sonata here for the first time in front of an audience.

The Viennese porcelain manufacturer Augarten has had its headquarters in the hall building of the castle in Augarten, which still exists today, since 1923.