Things to see in Colmar France

Colmar France welcomes around 3.5 million visitors a year, including 1.5 million for the Christmas Markets. In this article we are listing top things to see in Colmar France.

Colmar is part of the Haut-Rhin department in the Grand Est region. Its charm inspires lovers and its canals are ideal for the sweetest declarations, like a French-style Little Venice.

Colmar is the birthplace of Auguste Bartholdi, who created the Statue of Liberty and is an incredible city of art, history and heritage.

With 500 years of heritage, Colmar has large half-timbered houses, remarkable religious buildings and sumptuous mansions, its architectural heritage. Below we are listing top things to see in Colmar.

Housed in a former Dominican convent founded in 1252, the Unterlinden museum presents a remarkable collection of sculptures and paintings from the end of the Middle Ages and the Renaissance.

The Gothic cloister, built between 1280 and 1289, is said to be the most complete in Alsace.  This museum has a rich cultural identity.

It contains one of the masterpieces of Western art: the Issenheim altarpiece, an impressive polyptych sculpted by Nicolas de Haguenau around 1510 and painted by Mathias Grünewald from 1512 to 1516.  This set is considered a major piece of world art history.

2.The little Venice (That’s one of the best things to see in Colmar France)

The “Little Venice” is the name given during the Lauch in Colmar, France. This name undoubtedly comes from the original alignment of the houses on both sides of the river which serves the south-east of the city.

This district begins behind the Koïffhus, passes by the fishmonger’s quay, to go to the Turenne and Saint-Pierre bridges.
It is therefore at the beginning of the Krutenau, whose etymology designates places of market gardening on the outskirts of cities.

Originally inhabited by a rural community of winegrowers, market gardeners and boatmen, the Krutenau extends around rue Turenne which the marshal took in 1674 for his triumphal entry into the city. Boat trips are possible in this area.

Traces of the first Saint Martin chapel in Colmar, France date back to around the year 1000 and excavations carried out in 1972 revealed the presence of an 11th century sanctuary destroyed by fire in 1106 and replaced by a Romanesque church.

Master Hombret, a brilliant architect, took over the management of the work around 1245.  The chapter had 16 canons then the number fell to 12 from 1440.

The western facade, of severe architecture, is surmounted by a single tower whereas originally two towers were planned. The use of Vosges sandstone in warm tones ranging from light yellow to purple gives the building all its beauty.

Started in 1283, the construction of the Dominican church dates mainly from the first half of the 14th century. It is a major work of mendicant architecture, although the Dominicans who arrived in 1278 were temporarily driven out of the city in 1330.

In 1458, a fire damaged the roof and the cloister, requiring reconstruction work. The installation of a Baroque decor in 1720 broke with the original austerity of the church.

Inaugurated in 1865, this hall is the work of the architect Louis-Michel Boltz, who also designed the municipal theater of Colmar (1849).

A veritable island, the covered market is surrounded by three streets and the Lauch, which allowed market gardeners to bring their products directly in flat-bottomed boats.

The choice of materials used: bricks, iron and cast iron, bears witness to Colmar’s transition to the industrial era.

Since its restoration in 2010, the covered market in Colmar once again hosts a permanent market, supplemented by stands outside every Thursday. We suggest to spend some time for shopping in this market because is one of the top things to see in Colmar.

Located in a former cinema in downtown Colmar, the Toy Museum welcomes young and old with a collection of toys from the 19th century to the present day. Throughout a thematic tour, you will (re) discover the toys that marked your childhood.

From old bears to the first Barbie®, including video games, Playmobil®, models Reduced, robots, or small trains, toys and games on display come from all over the world and belong to different generations of children.

Curiosity of the museum, a network of trains extends over the whole of the second stage. Large-format board games, puppet shows and video consoles, the museum visit is lively and fun!

Built in 1537 for the hatter Ludwig Scherer, the Pfister House has medieval features. It is one of the buildings constructed during the architectural Renaissance in Colmar, France.

Maison Pfister combines both Renaissance and Gothic elements, which perfectly illustrates the tastes of the Colmar bourgeoisie of the 16th century.

Wooden gallery, octagonal turret, two-storey corner oriel and murals depicting biblical and profane scenes, coats of arms, emperors … the Maison Pfister is one of the symbols of old Colmar.

Also steeped in history, its name comes from the family that occupied it from 1841 until 1892. 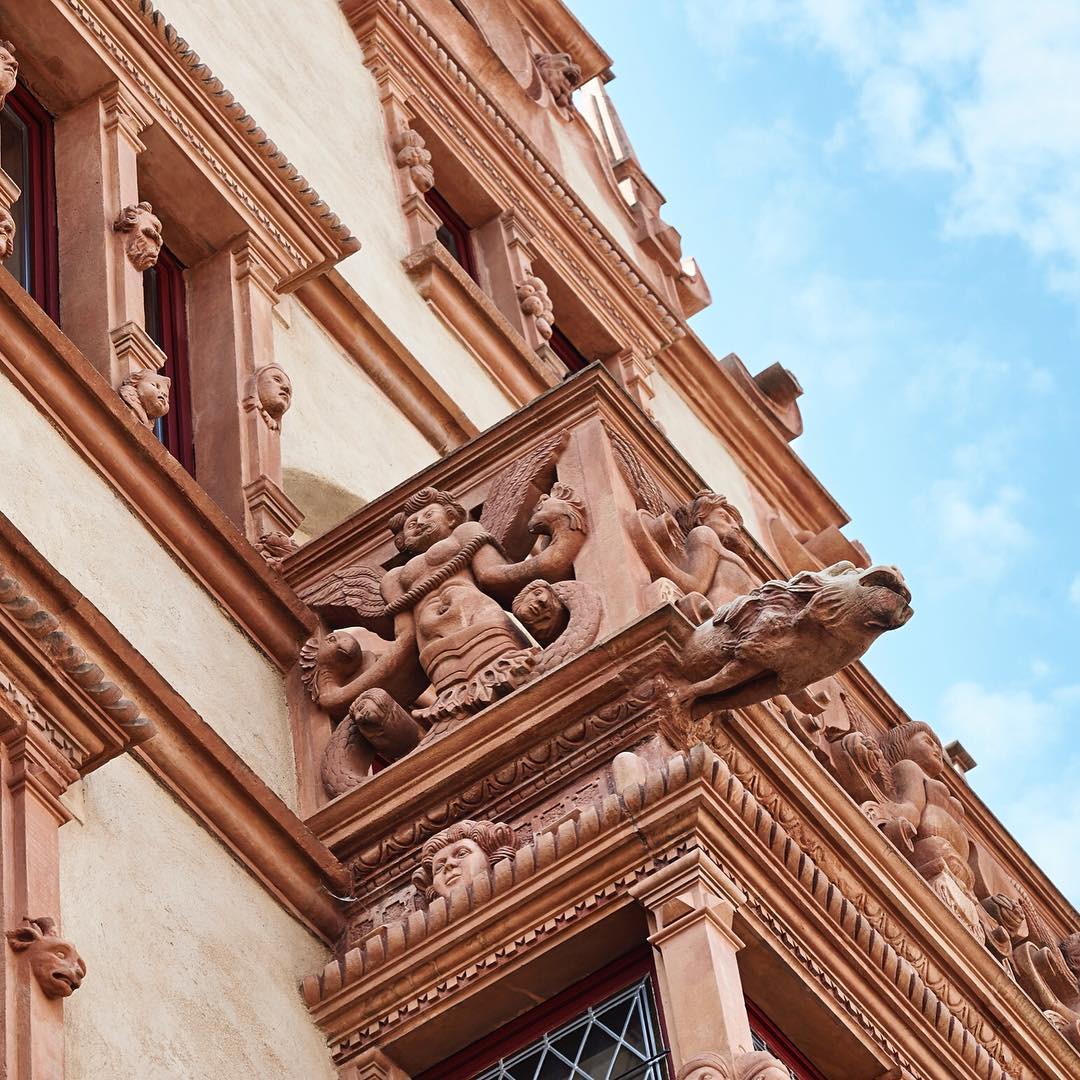 The Maison des Têtes is a splendid residence dating from 1609. It is undoubtedly the most famous flagship of Colmar.

Since 1898, it has been classified as a historical monument. In German Renaissance style, it consists of a magnificent three-storey oriel window and has a rich facade with 160 small human heads or grotesque masks that gave it its name.

The gable of the building has fins and volutes, and there is also the statue of a Cooper (1902), a masterpiece by Auguste Bartholdi.