Arco can certainly be defined as one of the most evocative places on Lake Garda, its Castle that dominates the town from above, perched on a rock, the thousand possibilities for hiking lovers and the many climbing walls, are just a few of the things that Arco offers for your holidays.

Arco is one of the most popular destinations for those who practice climbing, in fact, here is one of the most beautiful and demanding walls of the Italian panorama, that of Monte Colodri, where every year the cream of the world climbing scene meets for an exciting challenge. Arco is therefore a very popular destination for those who want to spend their holidays surrounded by nature and in a mild climate, for those who love climbing but also for lovers of trekking and mountain biking.

There are many routes that develop in the immediate vicinity of Arco, of various difficulty and length. For lovers of water sports, the lake can be reached in a few minutes by car. Below you can find Best places to visit in Arco at Lake Garda (Arco sul Garda) 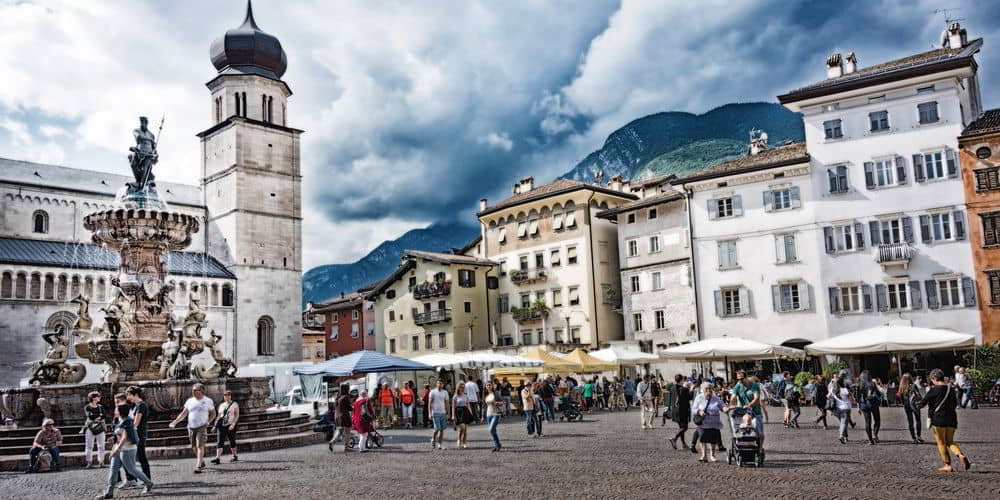 In the historic center of Arco, the Cathedral and many ancient buildings and houses deserve to be visited, including the former town hall or the Palazzo Marchetti with its frescoes. 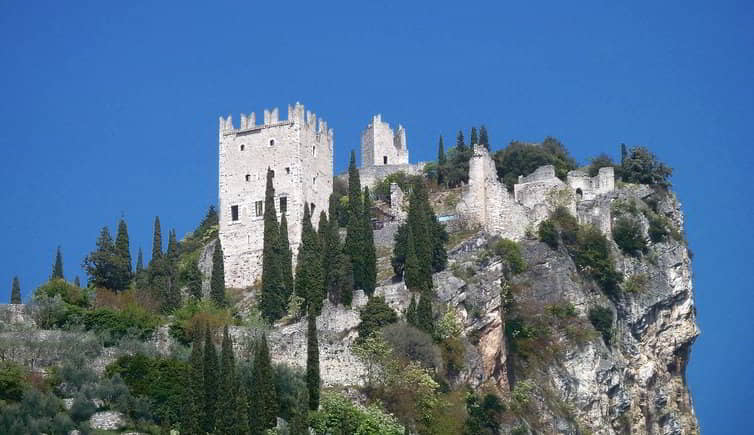 The castle is over 1,000 years old, it stands imposing above the fortress that dominates the town. The earliest records of the manor date back to the 12th century, although the site where the castle stands was a refuge for the cenoman tribes as early as 300 BC.

Some nobles of the Austrian imperial court, in the 19th century, decided to build their winter residence in Arco. The mild climate of the region made it possible to cultivate beautiful plants that grew luxuriantly in every season. Even today, Mediterranean, tropical and alpine plants can be admired at the Arco arboreal.

The monumental church is located on the main square of Arco. It is one of the most famous late Renaissance buildings in Trentino and is characterized by an austere facade, a wooden coffered door and a highly worked interior. In Arco there are also other interesting religious buildings, such as the Trinity Church, in neo-Gothic style with a green-yellow-brick roof, the small medieval church of San’Apollinare, the cruciform domed church of San Rocco and di San Martino, located on a beautiful hill.

The winter residence of the Austrian archduke from the period of the Habsburg monarchy is located in Via Fossa Grande. Unfortunately, the structure is now quite dilapidated and cannot be visited because it is privately owned. However, you can access the park and the botanical garden.

Our bloggers have listed the best places to visit in Olbia in Sardinia. The city is surrounded by suggestive hills and overlooks a beautiful...

In this article discover the most beautiful places to visit in Sorrento (Italy). Situated in a picturesque position on a wonderful terrace overlooking the...
- Advertisment -
Facebook
Instagram
Twitter